Humor and mockery, there is a fine line between these two and in history of any form of art where humor is an objective for the artist, there has been occasions where the artist failed to make the dichotomy between humor and mockery quite distinct. The line often becomes blurred for many; and therein lie the beauty and novelty of one artist who manages to provide pure humor though the subject of his work appears to take the form mockery. Belgian filmmaker Jaco Van Dormael displays that rare talent of humor in his film The Brand New Testament. 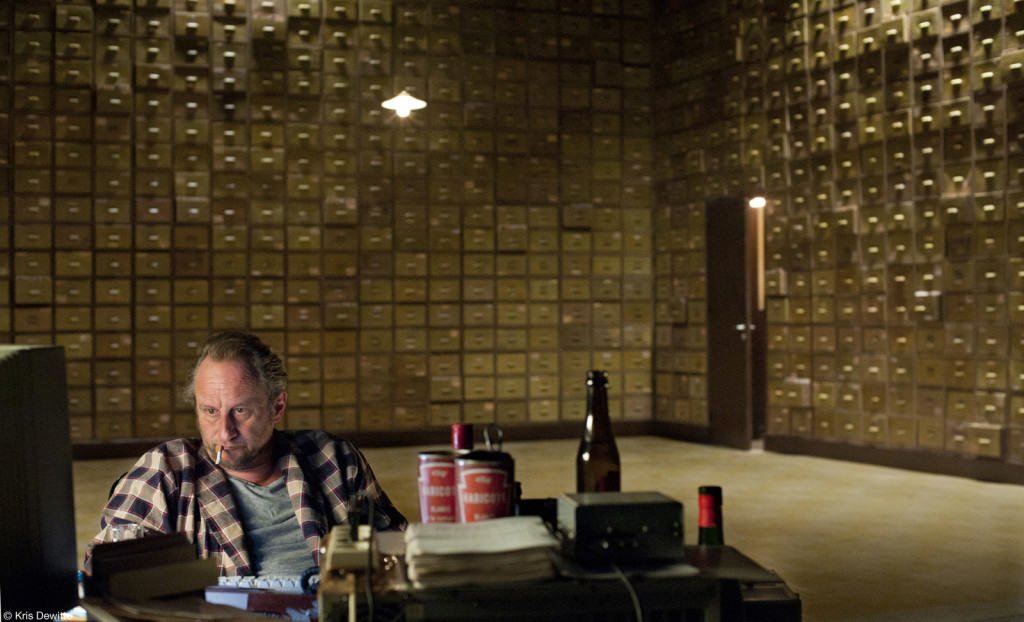 The Brand New Testament’s begins with the premise that God does exist and he lives in Brussels; with his docile wife, the Goddess, and rebellious daughter, Ea. God is tactless towards his wife and abusive towards his daughter. While he is not being those towards his family, he makes up laws on his computer, laws for worldly human. One example of those laws is ‘Your phone will always ring when you are immersed in bathtub.’ I think one gets the essence of the film now.

So, when Ea reaches a breaking point, after getting beaten by her father, she decides to leave her father’s house after consultation with her brother Jesus Christ, who she affectionately calls JC (Yes you are reading it right). JC tells hers to find her own apostles and write a new testament. So, Ea leaves to find her apostles, but not before she gains access to her father’s computer and sends everyone in the world, their day of death; and then she locked the computer so her father could not access it again. All this happens at the beginning of the first act.

By now, after reading this, one can comprehend the absurdity of the story of the film. But, what one cannot comprehend is how, with each scene, this film takes ‘funny’ and storytelling to another level. Ea’s search of six apostles unravels the unique stories of six persons who are fighting a battle of their own now they know the day of their death. Each story, of each apostle, would resonate with us, beneath the veil of humor. That is the virtue of being a good satire and The Brand New Testament is excellent at it.

Van Dormael, who co-wrote the script with Thomas Gunzig, wields a deft direction. The dialogues are witty and hilarious at the same time. There are moments where one would hysterically burst into fits of laughter and there are moments where a melancholic chuckle would appear on one’s face. Never for a moment does any oddity or any absurd scene, which you see in the film, would seem out of place or ludicrous. There is a poetic flow in the humor of the film.

The entire cast, plays their oddball characters superbly. Each character in this film is unique and forms pieces of the brilliant jigsaw display, that is this film; and all the actors rises to the occasion to portray theirs. Benoit Poelvoorde should be mentioned for wickedly mischievous and despicable portrayal of God. It his performance that makes us loathe his character and thus laugh out loud when he gets in trouble. Pil Groyne, who plays 10 years old Ea, was memorable too; and not to forget David Murgia’s charming yet hilarious cameo as Jesus Christ.

The film is full of virtues, and among the glittering virtues, cinematography would take an essential spot. The film is beautifully shot. Christophe Beaucarne’s camerawork deserves every praise there is not give. Choice of background score and music is also commendable. The Brand New Testament is a film that will be etched in your memory while bringing a smile, whenever you think about it.

An avid art lover, in forms of of film, literature, music or painting; although not claiming to have knowledge in all forms of art. Nevertheless, love all kind of arts, especially films. As a hobby started writing movie reviews for safe keeping only, then started sharing them on social media for obvious reasons.

Our Little Sister [2015] Review: A Marvelous Addition to Kore-eda’s Brand of Humanist Cinema