Home»Articles»In Response to “They Don’t Make ‘Em Like They Used To”: Rom Com Edition
Articles/Essays

Nothing can hurt a movie more than the following two words:  chick flick. This derogatory term is the spinach between your teeth that instantly kills your chances of being taken seriously.

Yet, despite this perceived inferiority, this genre is omnipresent within the entertainment industry. Every year, a whole new batch of chick flicks, or alternatively Rom Coms, sprout from the recesses of the Hollywood movie machine.

The question remains, is there a decline in quality? Are Rom Coms just not good anymore?

This editorial is a response to an article on Indiewire titled “Romantic Comedies: They Don’t Make ‘Em Like They Used To” where the author raises some compelling questions about what constitutes a ‘good’ Romantic Comedy. I’d like to contribute my two cents to the discussion having seen a boatload of Chick Flicks in my lifetime. For. Some. Reason.

First of all, what IS a Romantic Comedy?

While definitions may vary, a common denominator we can all agree upon is that this genre of film is about relationships (commonly heterosexual ones told from the female perspective).

Traditionally, these movies follow a very specific checklist of tropes and story arcs.

In fact, most rom coms are a scrambled version of the Pride and Prejudice plot line. I mean, tell me if this sounds familiar. Girl meets boy. They don’t get along at first often because of a misunderstanding. They’re rude to each other which is mistaken for flirty banter by their friends. The misunderstanding is cleared up by a third party comic relief (often the best friend, sassy grandma, or cool mom). They realize they’re in love or whatever and forget about all the verbal abuse and mind games they’ve dished out throughout the entire run-time.

Now with that said, not all rom coms adhere to this generic formula. Some dare to be original and thought-provoking. This brings us to the topic at hand, are old romantic comedies better than the new ones?

While there is an audience for both, the older films have a slightly larger following (age group and preference obviously play a role here).

The author suggests that the reason why we so frequently revisit the classics is because they’re “more fantasied and wistful”. while there’s no denying that wish fulfillment is a significant incentive for the average viewer, there’s also another factor to take into account; representation. You would want your desires and concerns to be projected on the screen in order to relate to the narrative more.

Moreover, the author goes on to illustrate why modern rom coms fail to capture the quality of their predecessors. For starters, she says that the female protagonists are too dismissive of love and therefore don’t seek it out as much (or at all in some cases). And while she acknowledges the importance of well-defined female characters, she stresses that it strays too far from the rom com model.

This is where our perspectives diverge.

What Ms. Murray is alluding to is the novelty/ familiarity paradox where auteurs and artists are expected to come up with content that’s different but not TOO different. This means juggling the impossible task of submitting to the conventions of the genre while also providing fresh input. With that said however, the problem is not in the concept of change but rather the execution. If it’s done right, it’s bound to have an impact.

I can name a myriad of romantic comedies that break the norm and have won audiences (and critics) over just the same. 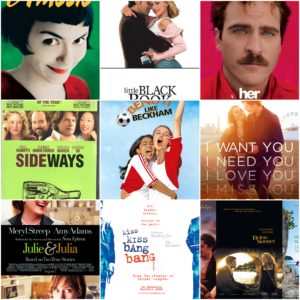 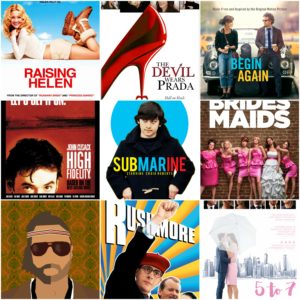 Finally, she attributes the main cause of failure for modern rom coms to the speed with which they’re released. Now that’s a fair point. While not applicable to all, there’s definitely a whole slew of ham-fisted movies (the term is used very loosely, of course) that lack the heart and authenticity that would render them memorable.

So what’s the verdict?

While I definitely see the merit in a lot of the arguments brought up by Ms. Murray (and I urge you to give her article a read), I would beg to differ when it comes to the opinion portion of the essay.

The way I see it, romantic comedies have aged very gracefully over the years donning their wrinkles of self awareness with pride. As a result, we have a wide array of films that feature high concept narratives and layered characters we can look up to. By shedding the restrictive stereotypes from which they stemmed, this genre is finally tapping into its full potential. 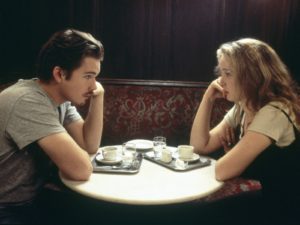 And while there are some uninspired cash-grabs in the mix that have no regard for cinematic competence or integrity, they don’t speak for the whole litter.

I mean, for every Before Trilogy, there’s a 27 Dresses. And the same can be said about the gems of the 80’s and 90’s. For every When Harry met Sally, there’s a Sleepless in Seattle.

Sounds Like Love [2021] Netflix Review: A Fleabag-esque rom-com that is not clever enough