“Subtle Romanian Slavery film with the dash of ‘Monty-pythonesque’ humor and characters as interesting as ‘A Field in England’.”

Radu Jude’s earlier two films were verbose black comedy that dealt with the family struggle and Aferim! is no exception to his style of film-making, except that it explores the never discussed before Romanian Slavery in quite a subtle manner. Radu Jude’s Aferim is more self-aware that chalks out the hypocrisy, religious  dogmatism and human folly in the society without getting too serious about the already critical subject. Still, Aferim! captures the slavery in such a striking manner which perfectly echoes the hardship and emotional turmoil they faced , like when a gypsy slave cries vehemently & says, “Buy us – save us from hunger!” Unflinching , strident , intelligent writing and tongue in cheek humor bordering on crass & obscenity  that can easily offend even the most passive & expressionless being, and Jews, women, slave , Russians. Aferim! that literally translates to Bravo is a very ironically titled film, but it can be rightly used for the director Radu Jude’s impeccable direction. Shot in shimmering monochromatic, 35mm black-and-white visuals are sharply attentive to a sense of mid 18th century era , kudos to cinematographer Marius Panduru for recreating the Wallachia.

Aferim opens with the black and white credit scene backed by classical Romanian folk music  ‘Două dansuri muntenești‘ (translates to ‘Two dances Wallachian’ ) and then  we are introduced to two Wallachian, local constable Costandin (Teodor Corban) heading off with his naïve son, Ionita (Mihai Comanoiu) in search of a slave. Costandin is boorish , scornful platitudes and loathfully racist but has rural wisdom that he constantly feeds his son, even though sometimes they are ridiculously stereotypical and bordering on moronic suggestions. Costandin cons people for his own benefit and takes pride in his strength as a lawman. He treats gypsies like devil’s spawn and lowest form of an animal, he does not even hesitate to invade  weaker craven masses of gypsies with nothing but lashes , even when he is outnumbered.  Even here, he passes a moral lesson to Ionita explaining , “The butcher doesn’t fear thousands of sheep.” 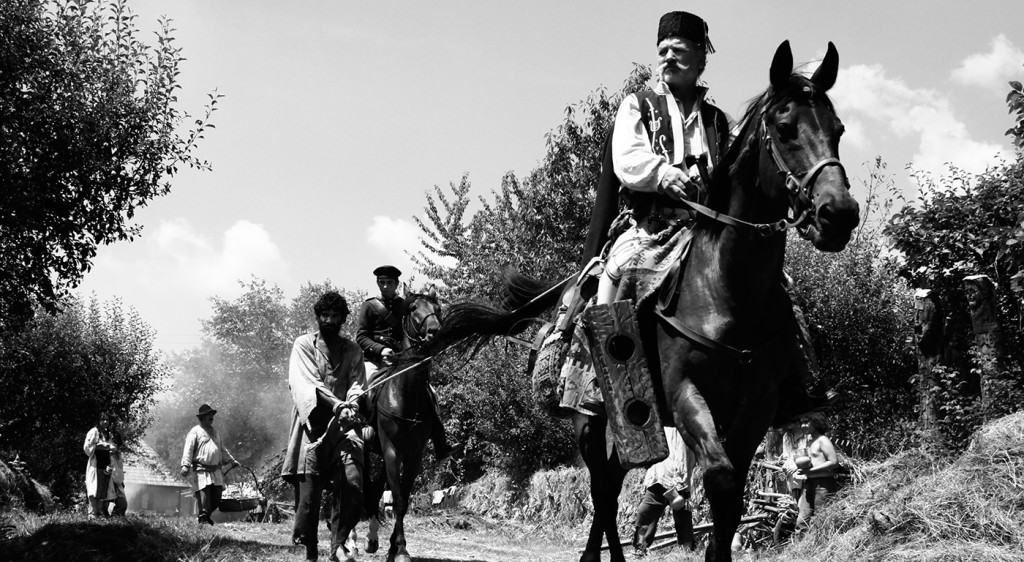 Costandin and Ionita get hold of slave Carfin (Cuzin Toma) along with Roma child runaway Tintiric (Alberto Dinache) and drapes Carfin over the constable’s horse, with his feet in wooden stocks, while he begs to be let go. It is here we learn about the ill-treatment of slaves in the hands of their masters when both of them tries to gain sympathy from their deplorable life’s most cruel episodes.  After a while, when all three of them halts for food,  bacchanalian party and paid sex,  we realize Costandin has conscience, his puerile and crass joking comes into focus as a defense mechanism against the staggering corruption and in-equality in society. We then realize that film was actually drawing parallelism to today’s socioeconomic problem where white collar job people are enslaved by affluent Politicians & Businessmen, films tries to draw past closer to our present and reflects the similar problem we face today.

While it must be hard to imagine how someone can make an engaging film midst of two lawman traveling through the vast, bleak and lifeless land menaced by  the Ottoman Empire (largely known for corrupt lords) on one side and the Russian (mistreating slaves) on the other side, it is to the credit of pitch perfect characterization, outstanding performance from everyone, specially  Teodor Corban as Costandin , and marvelous writing that audaciously incorporates everything wrong with the society of that era with the undertone of Monty-pythonesque humor.  Radu Jude’s direction is immersive and smart. Just to give an idea, Radu has avoided close-up of his characters just to not feed us with the emotional expressions of them, thus indulging its audiences more into observing the view and paying heed to the dialogues.  Aferim is over by the time we get an intimate look at Constantin’s face. The surprise is that he’s unremarkable, timeless, even – much like the persecution he represents. 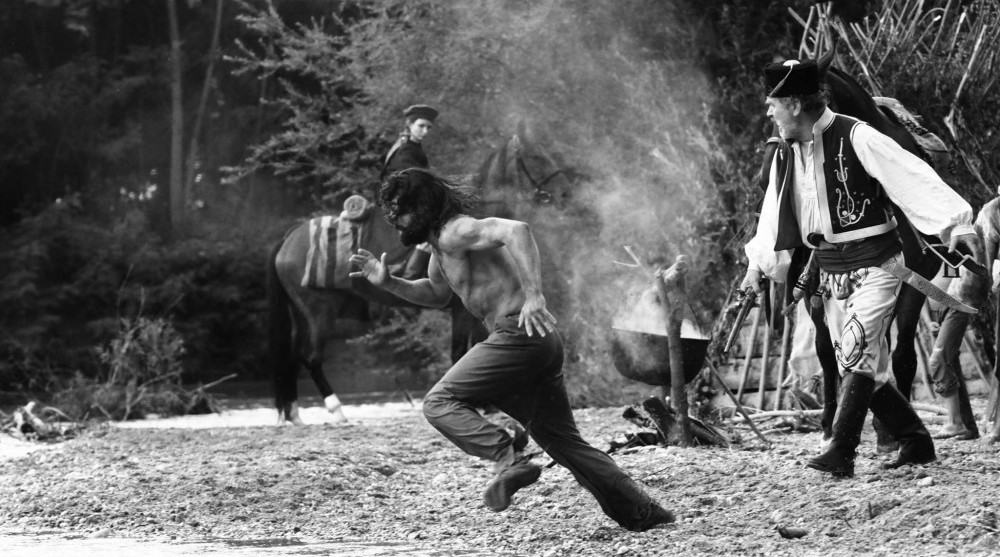