“There are some who do not fear death, for they are more afraid of not really living.”

After a barrage of unnecessary sequels, there comes an unexpected ‘Rocky movie’ that re-invents the whole franchise, as if a phoenix rising from its own ashes. Ryan Coogler deserves an applaud for two reasons; firstly, for getting an incredible performance out of Sylvester Stallone, and in process, resurrecting the iconic persona of Rocky Balboa, who has lost vigor, but not the essence. And secondly, for making a movie that uses the same old formula and still manages to rise out of shadow of its predecessor and create its own identity. Creed is essentially Rocky for new generation. Between modern techno tunes, familiar trumpet plays. That’s when you realize that it’s the same Rocky you grew up watching. The Philly boy still runs on the street. He still catches chicken as a part of daily training regimen; he still climbs 72 stone steps of Philadelphia Art Museum and raises his arms in glory. Only this time, the torch has been passed on to next generation.

In his adolescence, a male human finds out what kind of animal he is in this impenetrable wilderness. Adonis (played by Michael Jordan) is the bastard child of Apollo Creed, the world heavyweight champion who died in the ring. The very opening scene of Creed reminds me of certain scene of Fruitvale Station, as if silently Coogler is assuring that it is going to be HIS movie, and not just another spanning sequel of Rocky. Adonis quits his blue collar job to make a career in boxing, but ironically, his own gym refuses to train him, out of fear that he might share same ill-fate of his father. He moves from LA to Philly, hoping that ‘Uncle Rocky’ would take him under his wings. 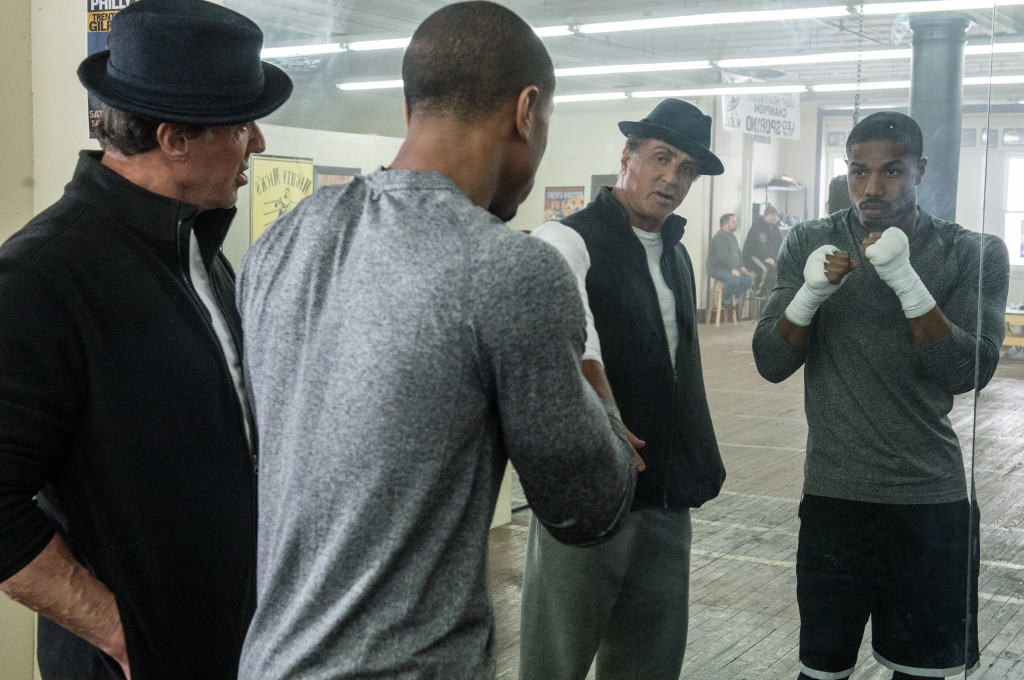 This is not a story of an American underdog rising as a champion. It is the story of a man trying to make name of his own. Adonis is born with silver spoon. He isn’t bum on the street who has to fight for survival. He suffers from identity crisis, crushed under shadow of his legendary father. When Adonis Creed is in the ring for final match, he is not fighting against an opponent, he is fighting against the world that called him ‘Fake Creed’, he is fighting against himself. Casting Michael Jordan as Adonis Creed was a smart move. He not only bears uncanny physical resemblance to Apollo, but looks like his living embodiment.

Though movie is about Creed, the real hero of movie is Rocky Balboa. He is no more ‘Italian Stallion’. His glory has faded, his name is forgotten. He continues to live an ordinary life, which consists of unloading cargo and reading news to graves of Paulie and Adrian. The unbeaten champion is eventually beaten by time. In one of the biggest fight of his life, Rocky doesn’t throw a punch; he doesn’t even stand in the ring. This is the fight against death, his opponent is cancer. Creed brings him back from the dungeon and motivates him to fight for life. Despite initial reluctance, Rocky assumes role of Coach for Creed. Coogler adds emotional depth to statuesque masculinity of Stallone, which has been absent since original Rocky movie.  Creed is big punch on a face for those who believe Stallone cannot act. 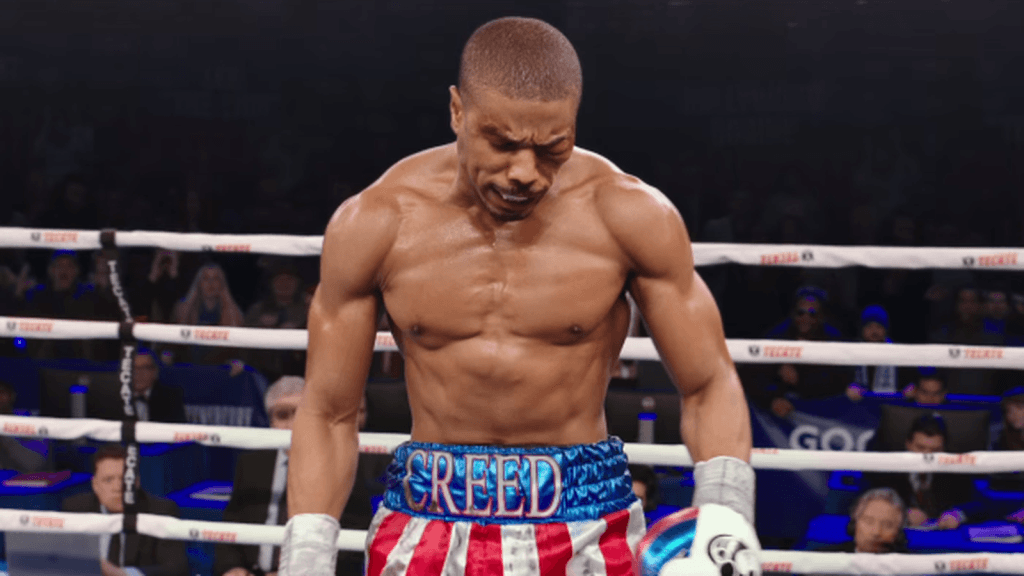 If you’ve watched Rocky (1976), you probably know the plot of Creed. But that doesn’t take away the charm of it. Just because of his name, Creed gets the opportunity to fight against Conlan, the World Champion who has never been knocked down. Predictable as it might be, Conlan v/s Creed match somehow creates the same magic the first match of Apollo v/s Rocky did some four decades ago. At one point, you see Rocky and Apollo moving in the ring, though they are not present physically. All the fights in Creed are exquisitely choreographed and will definitely have audience on the edge of their seats, screaming for Creed.

What makes Creed special is its emotional authenticity and gritty candour. It’s not just about boxing; it’s about doing something that makes you feel alive, even if it brings you closer to death. Creed enters the ring, knowing that he might not return alive. Bianca, his girlfriend, continues to play music despite her gradual hearing impairment. Rocky agrees to coach Creed even at his Death bed. We can all estimate  the result when opponent is Death, but even at its worst, life is something worth fighting for.

If you’re NOT fan of Rocky, go watch Creed.