10 Films to Watch if You Like Doctor Strange In The Multiverse Of Madness: Sam Raimi has been one of the most exciting filmmakers of our time; from the low-budget and partly fundraised horror cult classic “The Evil Dead” to gigantic blockbusters such as Tobey Maguire’s Spider-Man trilogy, Raimi’s made an interesting transition in his career with a distinct filmography. Even though he’s certainly tried his hands (and somewhat succeeded) on multiple genres, his films remain imbued with certain traits that remain specific to his dynamic style. He combines dynamism and color seamlessly with a hectic vibe that injects everything with erratic energy, further accentuated by rapid motion cuts that reinforce his characters’ state of mind. By doing so, the visual cues act as a reminder to the audience of what’s at stake while not throwing all their attention towards just the explosions and cool-looking chase sequences.

Raimi’s films tend to be packed with information both in the foreground and in the background; the reaction shots of characters in his movies are deliberately blended with whip cuts to create the necessary chaos on screen. For instance, clocks have always had an important place in Raimi’s films. If he doesn’t explicitly show them on screen, he always has elements that remind us of the passage of time that governs our characters’ destiny. This helps in adding a sense of urgency throughout the film, which makes sense considering how fast-paced his movies often tend to be. After years of fan theories and multiple rumors, Sam Raimi finally came back to helm another superhero film after his successful Spider-Man trilogy (2002- 2007). The 28th film in the MCU– Doctor Strange in the Multiverse of Madness- opened last weekend worldwide and has already crossed the $500 million mark. Here’s a list of films you should check out if you liked the mix of fantasy, mysticism, and gothic horror the latest entry into the Doctor Strange in the multiverse of Madness. 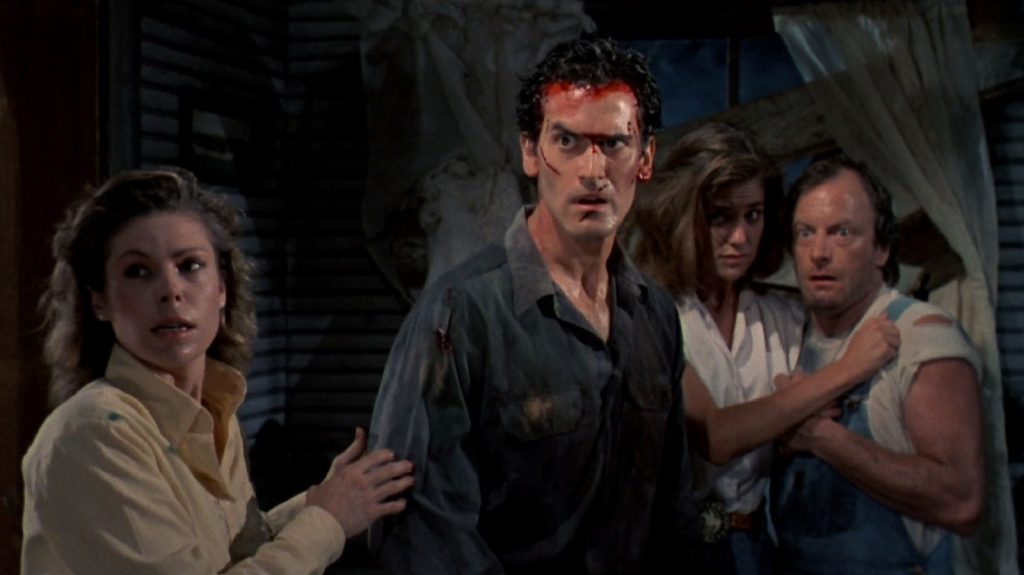 Made after an intense production process, “The Evil Dead” was considered a “sleeper hit” back when it was released and went on to lead video sales in the UK. The film’s combination of comedy and grotesque violence was unheard of at the time; he blends in the same trope to create the horror comedy undertone in Doctor Strange In The Multiverse Of Madness. Raimi always imbued his films with style and elements ahead of their time, which explains why many of his movies tend to gain a cult status years even decades after their original release. “Darkman” came a year after Tim Burton’s massive adaptation of Batman and marked a midpoint between Raimi’s earlier in-the-face energetic works and his later career as a director of the grand scale high-budget blockbusters. The film starred two actors- Liam Neeson and Frances McDormand- who later became super famous (especially the latter). After being beaten up and left to die by the hoodlums led by the gangster Robert Durant (Larry Drake), scientist Peyton Westlake survives to wage a vigilante war against his foes while also hiding from his girlfriend, Julie. The visual language remains tactile throughout the movie- even when the screenplay fumbles- and is filled with stop-motion animation, pathos, horror, and the incongruous slapstick one often associates with Raimi. 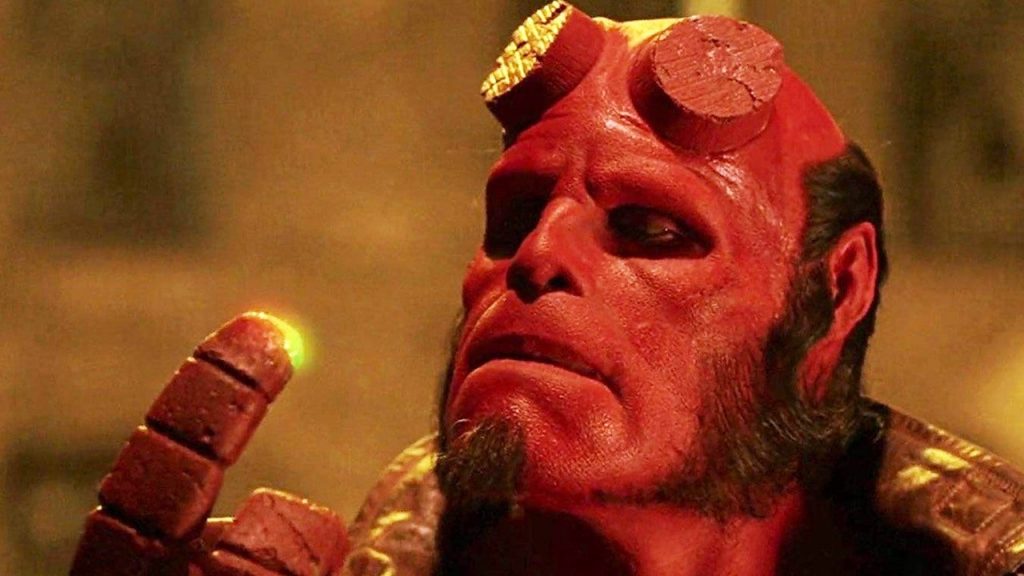 There’s hardly a handful of directors who can make films that are not only based on comic books on paper but also feel like comic books. Besides the dynamic style and range that Raimi brings, Guillermo del Toro seems to be one of those rare directors who truly understands the pulpy nature of the genre. Starring Ron Perlman, John Hurt, and Selma Blair, “Hellboy” was a film loved and appreciated by everyone upon its release back in 2004. Loosely based upon the Dark Horse comic book series of the same name by Mike Mignola, the film tells the story of a demonic child who is rescued by Allied forces after being summoned to Earth by Nazis during WWII. He later grows as an adult to protect the world from supernatural threats within a top-secret government organization. The Mexican director is also famously known for his fantasy and horror genre films; now it makes sense why a movie from his extraordinarily rich filmography was bound to appear on this list. 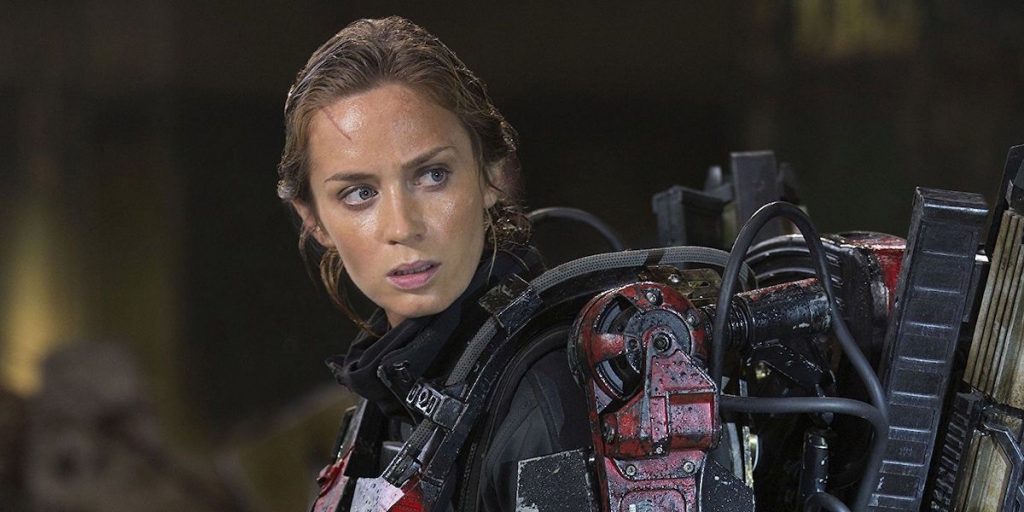 Easily one of the most underrated SciFi films of the past many years, “Edge Of Tomorrow” toys with the audience’s perception of time and its linearity in an exceptionally clever way. Based on Hiroshi Sakurazaka’s novel All You Need Is Kill, the film focuses on the journey of a man stuck in a time loop fated to relive the same action endlessly. Tom Cruise plays Major William Cage, an Army public relations officer, who ends up being thrown into this loop which eventually leads him (and the audience) to exciting new territories. He’s never seen combat yet inexplicably finds himself thrown into the middle of a ferocious battle that will decide the war’s outcome.

Yet another film on the list that plays around with the concept of time imposed on the characters being driven by it, “Looper,” marked Rian Johnson’s third feature entry into his wholly original filmography. Set around Kansas City, 2044, the film was inspired by the great SciFi classics as well as by Japanese writer Haruki Murakami. Looper- an assassin hired by gangsters- kills whoever appears, no questions asked. His targets are enemies of a future mob, sent back 30 years from 2074 to be murdered decades away from detection. However, this cycle is broken when a Looper called Joe comes face-to-face with a target who won’t just kneel there, whimper, and die – himself. Rian Johnson got Bruce Willis and Joseph Gordon-Levitt to play two versions of the same hitman; the result was a stylistically solid film that today requires multiple repeated viewings in order to understand it fully. 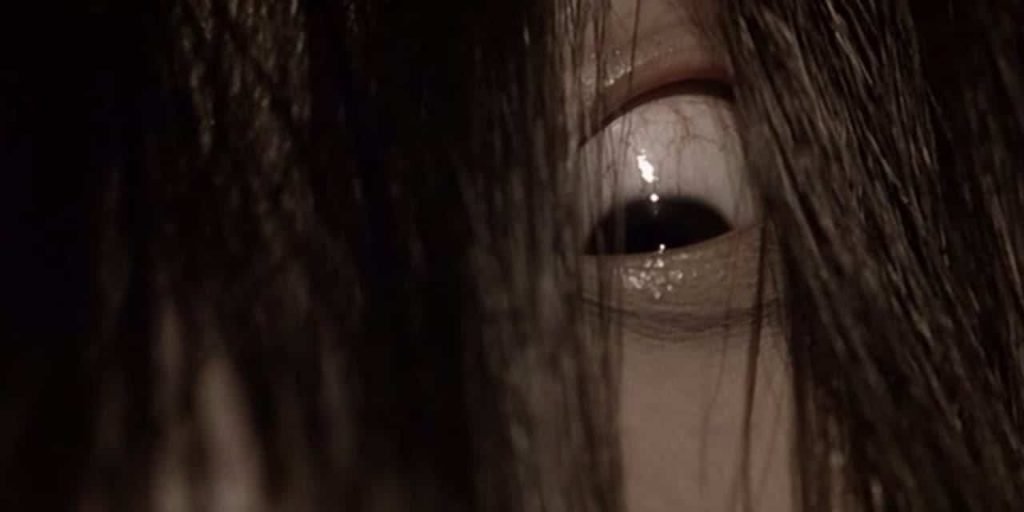 Fans couldn’t help but notice the iconic “Ringu” (The Ring) reference in Doctor Strange in the Multiverse of Madness when the Scarlet Witch arrives at the Kamar-Taj after using her magic through reflections. If you haven’t watched it already, Hideo Nakata’s 1998 film will send shivers down your spine. The plot is pretty straightforward- a reporter investigates a mysterious and cursed videotape, said to be linked to the deaths of anyone who watches it. Soon, our protagonist finds herself running against the clock in a desperate race to save her son’s life. It’s a visual experience that’s left an indelible mark on the horror genre. Of course, Raimi had to give it an homage! Once viewed, seven days is all you get. Known as one of the greatest horror films of all time, “Nosferatu” also remains one of the most influential flicks ever made. The first vampire film paved the way for more German expressionist films; its early use of shadows, special effects, and costumes set the stage for films of all varieties to follow in its path. It also remains a telling artifact from a turbulent socio-political time that inspired countless indie filmmakers, especially the ones interested in horror. Sam Raimi’s “Drag Me To Hell” (2009) used digital effects to show heads with eyes popping out, demonic goats, and people being dragged into hell to create effective gore. In 2022, studios with massive budgets still rely on at least some form of practical effect to create that lasting impact. Through its stunning use of set and makeup design, the new Doctor Strange film carries the potential of acting as a gateway for many of its viewers into the rich landscape the horror genre provides. Through such clever combinations of various techniques – old & new – the genre and cinema in itself keep evolving. 1992’s “Army of Darkness” was considered a flop in theaters, although it has gained a strong cult following among various horror circles. Starring Bruce Campbell yet again (an all-time collaborator of Raimi) along with Embeth Davidtz, the third installment in the Evil Dead franchise and a sequel to “Evil Dead II” followed Ash Williams (Campbell) as he is seen trapped in the Middle Ages and battles the undead in his quest to return to the present. Raimi’s films stand out in how they manage to embrace the chaos of their characters and the high-stakes situations they’re thrown into while never making the style intimidating enough to appear above the audience. That’s precisely why the Evil Dead franchise- including its lesser artistically special outings- is watched and enjoyed by many people.

Spider-Man Into The Spider-Verse In 2013, Sony Pictures Entertainment announced plans for its own elaborate, interconnected universe based around Spider-Man. Five years later, Into The Spider-Verse proved to be one of the best superhero films. Although it’s almost impossible to explain this heavily stuffed meta-layered film’s plot, it is a coming-of-age tale of Miles Morales- one of the most relatable, vulnerable lead characters to appear in a Spider-Man movie. His desire to establish his own identity separate from his father’s forms the emotional core of the screenplay, but there’s so much more! The film even pays montage to Sam Raimi’s film trilogy Spider-Man through its brilliant opening montage, as it tells the backstory of the soon-to-be-deceased Peter Parker, which essentially establishes him as the Tobey Maguire iteration of the character. And of course, there’s the ‘multiverse’ part in its title makes it an obvious addition to the list.

Related to Films Like Doctor Strange in the Multiverse of Madness- 10 Reasons Why Spider-man: Into The Spider-verse Is The Greatest Spider-man Movie Ever 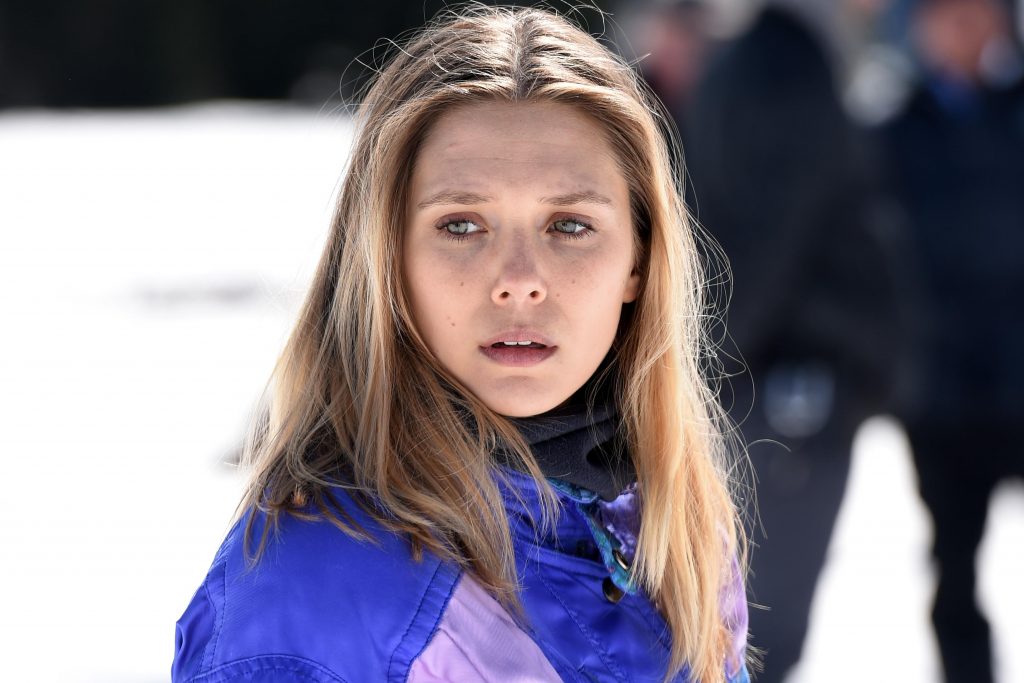 In some of her recent interviews, Elizabeth Olsen opened up about some of the frustrations she shared at being part of the MCU, revealing she had missed out on other roles. The actress has been appearing in the MCU projects as Wanda Maximoff/Scarlet Witch for eight years. Fans of the actress should undoubtedly watch the 2017 film “Wind River,” She plays an FBI agent who aligns with a wildlife officer in solving a murder mystery. In The Multiverse Of Madness, we saw her give an emotionally power-packed performance. Written-directed by Taylor Sheridan, the neo-western was among the best films of 2017 and stood as a testament to Olsen’s great potential to bring out the rawest of human emotions on screen in an organic way. Oh, plus you also get Jeremy Renner. Don’t worry; I won’t make an Avengers joke.