Top 20 Criminally Underrated Films Of 2014 – 2014 was a great year for Films. While films like Birdman, Whiplash, The Babadook were genre-transcending; some films like Coherence, Interstellar, Predestination left us scratching our heads and a few others like The Theory of everything, The Imitation game made us familiar with historical events. But as we look back and go through the various films that were so religiously watched the past year, we see a lot of powerful films not getting their deserved recognition. So in honor of the various films that went off the radar here is our small list of 20 Criminally Underrated films of 2014 that are a must-see. 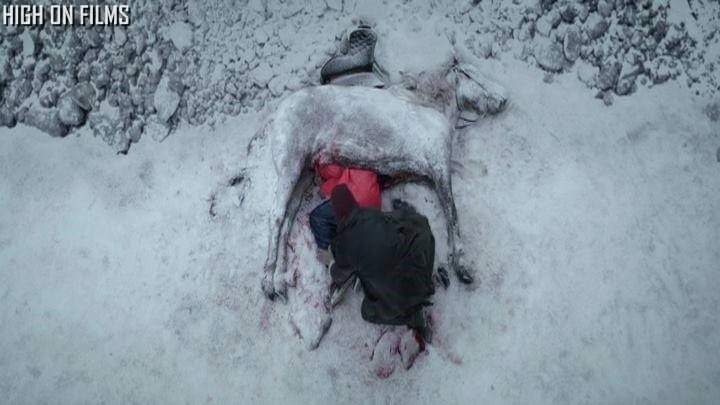 ‘Of horses and men’ is a strikingly original, absurd and unconventional tragic dramedy that is painted on the scenic beauty of Iceland through different episodic interactions between horses and their riders or owners. It’s fairly unpredictable and engaging. Intentionally missing subtitles for impenetrable language is a little annoying but that is the sole purpose of the director who makes you understand that relationship between men and horses is more expressive without spoken words. Director Erlingsson wants us to look at human behavior at its most primal, through the eyes of these horses. 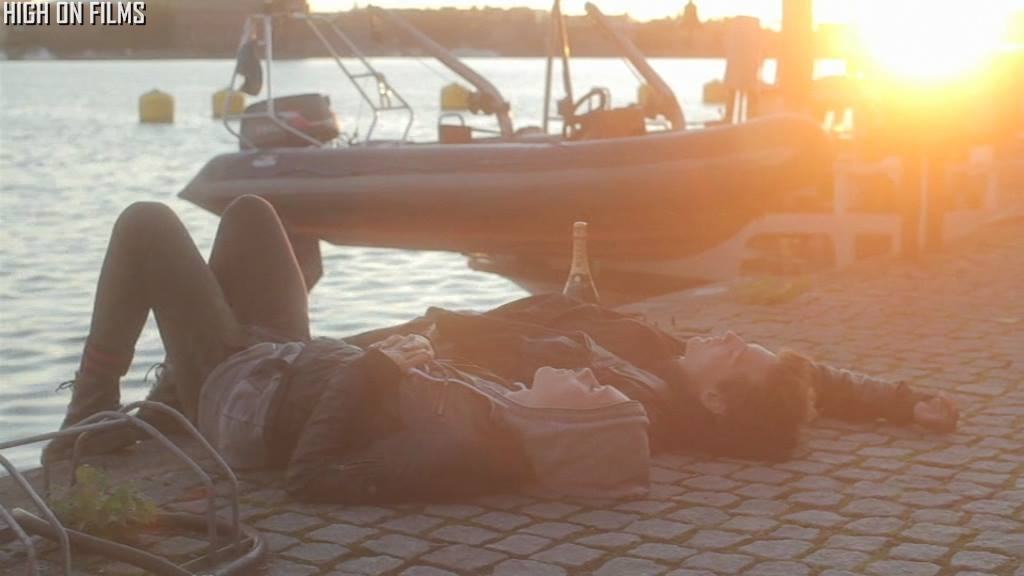 ‘Something Must Break’ is an intense romantic drama of two people who are exploring intimacy and sexuality. Sebastian is an androgynous male who yearns for true affection & acceptance but unfortunately beaten up by friends. Sebastian accidentally happens to meet the punk but sensitive Andreas, and they drift along doing prankish things & exploring their sexuality beyond the social norms.

The tension and intensity in their relationship come from both the characters trying to embrace reality. Sebastian is looking for an intimate relationship with Andreas but Andreas is finding it hard to accept him falling for a girl who is actually a boy. The film is original, intense, a little difficult to watch in case you can’t sit through gay making out, and its strength lies in its screenplay and terrific lead performances.

Also Similar to Underrated Films Of 2014 – Seven Shades of Love 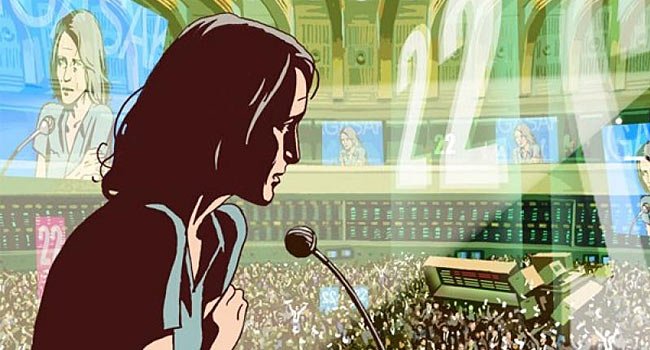 An excellent meta animation film that is impossible to fully get the first time. Folman makes a damning dissection of capitalism, IP wars, internet freedom, effects of aging for an artist, love, and loss, and many, many more socially relevant standpoints with his trademark off-center approach.

Also, Related to Underrated Films of 2014 – 5 Important Georges Méliès Films You Should Watch 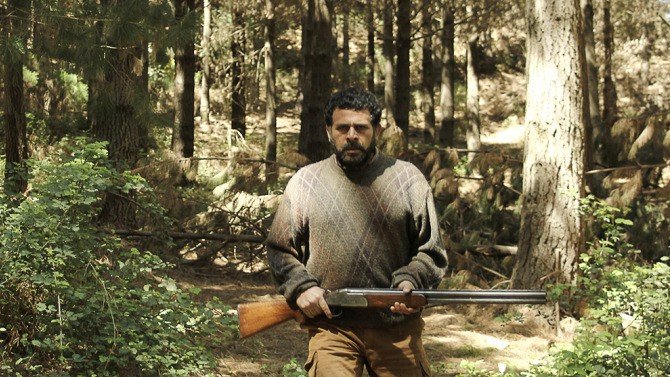 ‘To Kill a Man’ is based on the true story about a tormented family who is harassed over two years of a time period by local thugs lead by Kalule. The film has very minimal dialogues and expressions and it does not get into details of what the family went through in those two years, except that they have been constantly bullied and harassed by Kalule and group. In the process, the protagonist Jorge’s son is shot once and his daughter is sexually harassed. Finally, Jorge takes up the matter in his hand and seeks revenge on his own. At a run time of just 80 mins, this was one of the best revenge dramas of 2014. Almost as good as Blue Ruin, if not better.

Related to Underrated Films Of 2014 – Wade In The Water Review: The Curious case of proxy Revenge & Self-atonement

16. Strangers By The Lake 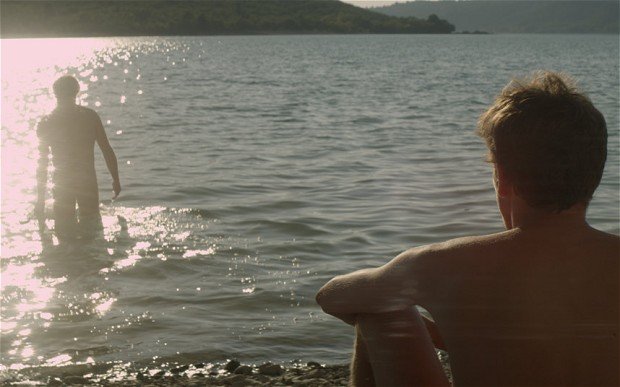 Strangers by the Lake has been shot with acute realism on one location, near and around the lake that itself looks beautifully haunting and scary by the end. It is a masterfully constructed mystery drama that takes its time to arrive at its plot.

Until then exceptional performances of actors playing peculiar characters and their life keeps you invested in the film. It is certainly not a comfortable watch, given that. almost for the entire time,  men on the beach are walking, cruising, conversing and exchanging romantic gestures naked.

Miss Violence is one of those bizarre Greek films that is painted using a black brush on the black canvas. From the opening scene, where an 11-year girl commits suicide on her birthday, things get too horrifically complicated when the entire family pretends as if nothing has happened. On top of that, the moment you settle for something good to happen after all those silent but disturbing scenes, it unfolds more hidden secrets of the family that might even offend your sense of family values. It carries an uncanny resemblance to Yorgos Lanthimos’s Dogtooth and Attenberg but Miss violence is more horrific in nature.

An oddball film about oddball characters. This weird film deals with people who range from being passionate about music to people for whom success is everything. The atmosphere of the film is very strange and it falls between being tragic and witty with a sort of humor that’s very raw. Frank is about two people. Even though they have a common medium – Music, their approach differs. 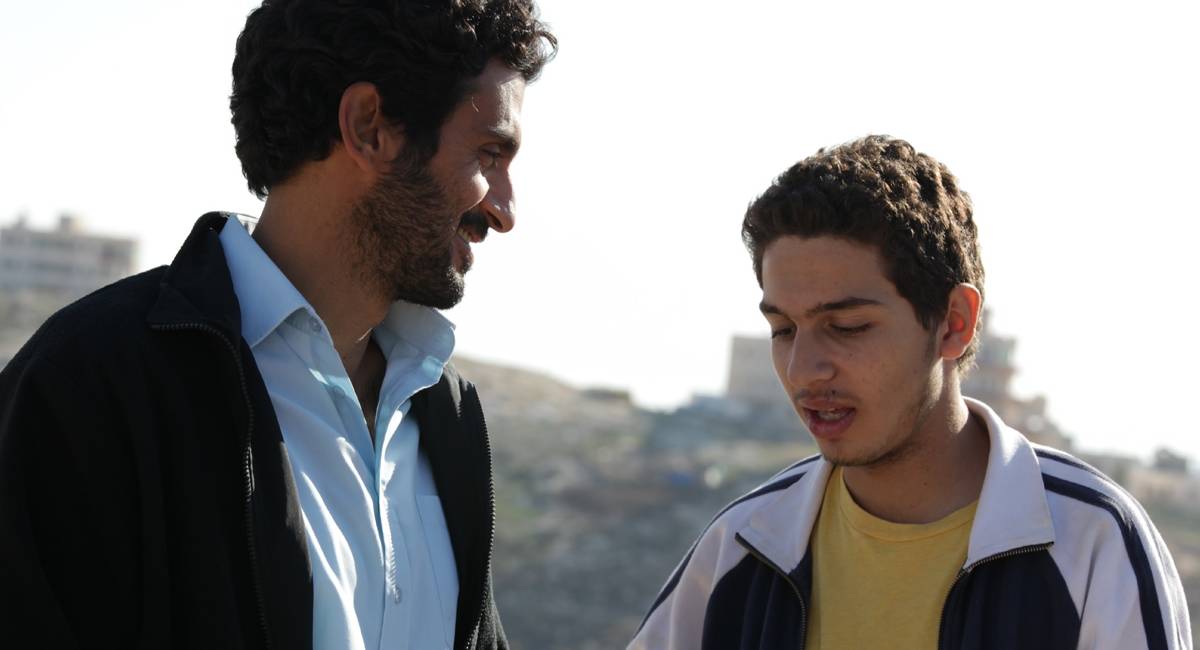 The movie works on multiple levels. It does not give room for you to breathe throughout its running length. Primarily Bethlehem is a story of entangled loyalties midst of bitterness. With so many players, Bethlehem moves at a brisk pace, which sometimes does not fully explore the emotional nuance of the characters in the movie.

Said that movie beautifully captures the dreadful consequences of Israel- Palestine conflict on a day to day life of people inhabiting the place. Director Yuval Adler never takes the side of any forces, but depicts them with utmost accuracy solely based on human characteristics.

If you can look beyond the obvious, this Tom Hardy one-man-show is a summation of grandiose notions – the car denoting the constant movements in life, the concrete being a metaphor for the need of a foundation in life or else everything comes crumbling down. Locke is one of those films that not only manages to get you by your gut and make you feel what the protagonist is feeling, it also manages to engross you into its premise that doesn’t really leave a confined car.

Lilting was one of the most genuinely moving and soulful dramas in 2014. The film never hogs on commercial or emotional content for the sake of evolving more than what it is. It deals with two people in grief from two different cultures over the loss of a common person. It’s been over an of the year now, but we can still not get the opening scene of the film out of our heads.

EL Katz’s Cheap Thrills is a pitch-black, hilarious, and audacious horror comedy that delivers its goods by the truckloads. There are a lot of films that promise to do what Cheap Thrills does but none of them manage to maintain the tone and atmosphere right up to the climax. What makes Cheap Thrills brilliant is – It delivers on all front.

9. Station Of The Cross

Stations of the cross is a dark austere tale of a self-destructive young girl in the light of religious indoctrination which shows parallelism to fourteen stages of Jesus carrying the cross to his crucifixion. The filmmakers’ most provocative point is that all of us have been shaped by the ideas we have grown up with, to the point that perhaps none of us is seeing reality quite as clearly as we should.

The thought-provoking but intense film-making of director Bruggemann with a meatier script, bolstered with powerful performance does not give any relief whatsoever. And it does succeed in keeping you hooked for its entire length while the camera is held fixed for almost its entire runtime. 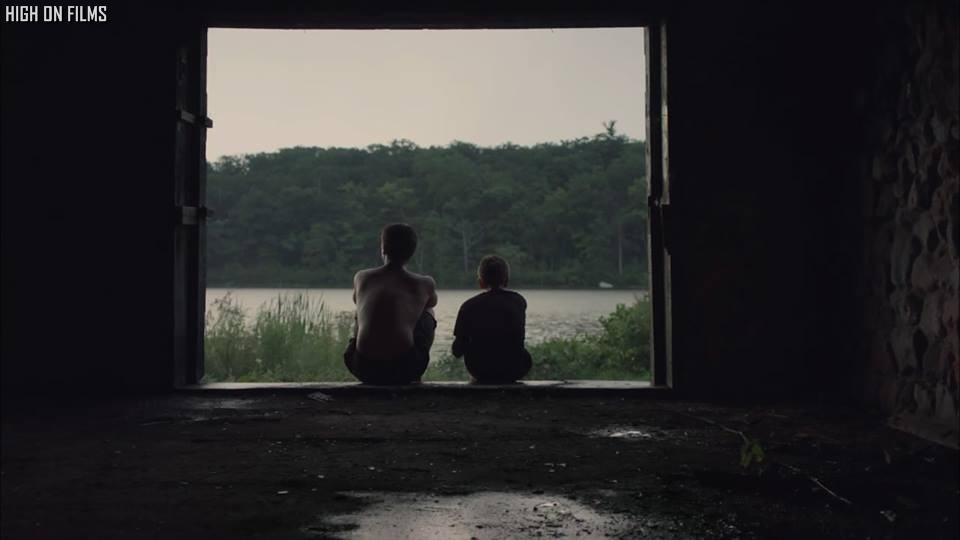 The story of two boys on the verge of becoming men. Hide Your Smiling Faces is a visually enchanting tale that examines the minds of teenage kids with incredible detail. The film is not only drenched in nostalgia it has a wonderfully restrained way of dealing was a tragic end of the story.

Also, Read – 15 Best Films to Watch on a Rainy Day

The film doesn’t have an antagonist or a protagonist. Nor does it call for any sympathy and support for the suffering of all the characters. Still, it emerges as a winner to show ‘realism’ with such remarkable intricate emotional details that have universal appeal.

Ironical to its title ‘Child’s Pose’ that may refer to the yoga pose, it never offers an easy answer and smartly asks its audience to participate in an emotional disintegrating journey of characters to decide what character to support. As much as this movie belongs to the director and the script, the performance by Luminița Gheorghiu is a very important part of the film too.

A film that deals with the various layers of grief are supposed to be creepy, depressing and emotional. On the contrary, The Skeleton Twins manages to touch emotional chords with a solid and charming comic-drama.

The film doesn’t have grand gestures or epic scenes but it’s the little moments in the film that gets to your heart and stays there for a long time. If you have a sibling, there’s a chance that you will connect to this one more than anyone else.

Set in the Georgian capital of Tbilisi in 1992, ‘In Bloom’ is written and co-directed by Nana Ekvtimishvili which reminiscence her teenage self. It is very much evident by her unique and terrific writing that makes the audience ‘uneasy’ and mounts ample tension for most of its running length.

The film follows high-school friends Natia and Eka as they just ‘survive’ through their lives midst of political, social and personal tension while everything around them is collapsing to dust. Everything in the film plays with incredible realism and as time progresses, we realize ‘In Bloom’ title is more ironic than symbolical for two girls.

Guy Pearce is the first person who comes to my mind when people talk about the best performances of 2014. In this dystopian-thriller, you also get to see a surprisingly humane part of a tale that talks about survival in the worst conditions possible. Where the end is a metaphor for longing and love. The Rover is an intense tour-de-force that wouldn’t be appreciated by everyone but to a certain few it will be an absolute treat. Watch out for Robert Pattinson too, who proves that he isn’t just a shining vampire, after all.

Without a shadow of a doubt, Pantelis Voulgaris directed ‘Little England’ is one of those rare romantic period dramas that are devoid of ho-hum, cliches, and caricature characters that most of the recently released romantic drama are flatly falling prey to.

The film narrative is structured around a powerful storyline, suggestive dialogues, and subtle emotional nuances, without ambiguities, abstractions, and cryptic references. Movie throughout its length, looks visually stunning, perfectly balancing psycho-dynamic of a family where little secrets act like demons are haunting them throughout.

What do you do when you have to face your own personal demons? Do you go ahead and kill it? or you step back and let things be the way they are? Denis Villeneuve‘s Enemy is a modern masterpiece. Every question that arises in your mind, has an answer. But you have to look deep down this surreal, fascinating psychological cloud of a fading persona. Where spiders represent women and where people represent inner demons. On the first watch, this might seem like a mess, but as you watch it again, you realize that everything has an answer and a meaning.

Related to Underrated Films Of 2014: Incendies[2010] – The Horrors of Revelations

Gladiator Sequel: All That We Know So Far