There’s no shortage of possession-based, exorcism horror for the average movie watcher to choose from. From the timelessness of Friedkin’s The Exorcist to the newer entries into this horror sub-genre with the likes of Hereditary and The Conjuring, if it’s parasitic nature of demons you desire then you’re in for a treat. However, a lot of these films follow the intensity and the harrowed meddling of the prince of darkness … what about the dark obsession of the ones trying to save a corrupted soul? Rose Glass’ Saint Maud answers this for us.

We find Maud, A deeply religious care worker (portrayed by Morfydd Clark), looking after Amanda. Amanda used to be a talented dancer until she fell seriously ill, Maud finds herself fixated on her charm yet apprehensive about Amanda’s various “hobbies”. She smokes and engages with prostitutes – you know, all that sinful business – which Maud becomes increasingly concerned about as a newly converted child of the Lord.

This psychotic devotion to God is what builds the atmospheric horror of Saint Maud and it’s amplified greatly by Morfydd’s performance. Maud is such an interesting character because you let your guard down initially, making her more batshit methods of pleasing God a suiting juxtaposition to her softly spoken tone. 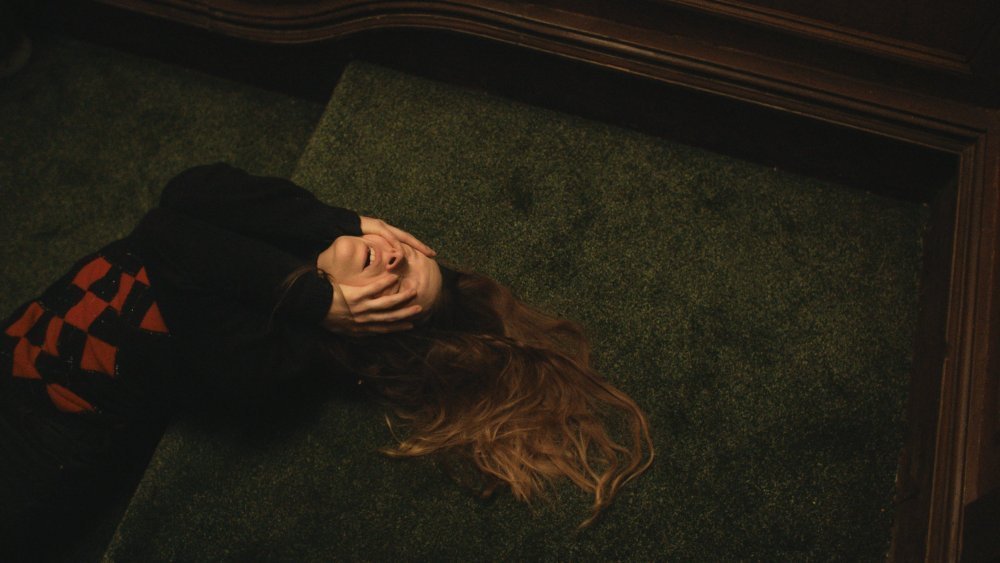 The score written by Adam Janota Bzowski is a terrifying addition to the film and haunts the scene far more effectively than any other technical element at play. Some of the darker shots sway the tension scale up to a 10 as you stare into the corners of Maud’s depressing little room whilst others just make you wish you could see what’s going on. Thankfully, this is a rare occurrence.

Also, read our review of  The Kind [2019] from BFI London Film Festival

What’s not rare is how often Saint Maud changes what it wants to be. Unfortunately, this has the best aspects of both a First Reformed style flagellation drama about faith induced stress and the creaking corridors of a possession horror, trying hard to balance them side by side when they should exist together. What I mean by this, is that we are asked to accompany Maud on this journey without any thrills to what’s at stake, Saint Maud crafts an atmosphere of presence and chooses to jump at a single opportunity to frighten our fear of the supernatural. Obsession with possession is a creepy concept, but the film needed a better coexistence between the dramatic decline of Maud and her fear of God, Satan, Hell, etc

Saint Maud offers shivers over scares. I found a lot to like about the calculating doubt in religion and the pursuit of a bigger meaning to signs of a higher power, there just comes a point where I think you must choose which is more frightening: obsessives, or what they’re afraid of? Because this is a good grey area of horror and not much else.

Casino Royale (2006): The Movie that Restarted the Bond Franchise

Greener Grass [2019]: 'MAMI' Review - A Surreal Satire on the Displeasure of Politeness