Four years ago, I was left gobsmacked by Justin Kurzel’s visually enthralling adaptation of William Shakespeare’s ‘Macbeth’ starring Michael Fassbender as the powerhouse lead. I must be trapped in some sort of beautiful Olympic-like cycle of the great writer himself because David Michod’s The King (2019) evoked the same sort of epic entrancement.

Timothee Chalamet stars as Henry V, taking over from his father as the ferocious, calculating and battle-soaked King of England. Contrary to his father (played by Ben Mendelsohn), this Henry desires peace for his kingdom until a strange welcoming gift is received from the French. This ‘strangeness’ eventually regresses and regresses into mockery induced war, the Battle of Agincourt is the dogma of bloodshed supposedly leading to a greater evocation of peace.

If you’re sick of seeing actors portray British men shouting and screaming at each other over politics and war, then I’ve got some disturbing news for any Timothee fanatic wanting to see a performance unlike Gary Oldman’s Churchill heading for the glamour of awards season. The good news, however, is that Chalamet’s Henry V is at least twice as powerful and carries with it serpent-like energy instead of a bulldog’s slobbering, barking jowls. Dynamite performances aren’t isolated on The King himself, though, Joel Edgerton and Sean Harris play the script like experts handling a Tudor lute and carry Falstaff & Gascoigne with grace respectively.

Similar to The King 2019 – The Peanut Butter Falcon Review

Robert Pattinson’s take on The Dauphin has been .. er … controversial to say the least! Yet, I found myself charmed by its silliness because it worked so effectively as coal to Henry’s disdain for insult. Big ‘I fart in your general direction’energy, which won’t be everyone’s cup of tea, but I found it incredibly entertaining. Technically, I once again marveled at Adam Arkapaw’s cinematography, it isn’t as creatively set and brilliant as Macbeth, and I was nonetheless still taken by its grasp.

The King can at times be a rather tired affair, sometimes that might be the sacrifice you make with Shakespeare’s dramatic adaptations and it doesn’t help that it takes a little time for Henry V to even get the throne. This is going to appeal to a very Uncle based demographic, and if you’re sick of history films then this will not impress you outside of performance. Regardless, I fail to recall a single scene that wasn’t at the very least uplifted by Chalamet’s presence and stride and the narrative’s natural incline and winking eyed middle finger to every ‘attempt at peace’ started with the war.

And, as a little side note, I doubt that The Academy will neglect Chalamet’s performance, but if they do, then off with their collective head! All Hail! 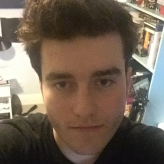