Instead of broadly indicting patriarchal brutality or toxic masculinity, Haq goes on an intimate scale to zero-in on the family’s apathy towards their own daughter, driven by the terror of social disapproval.

Anchored by an excellent lead performance from Maria Mozhdah, Norwegian-Pakistani film-maker Iram Haq’s quasi-autobiographical drama What Will People Say (Hva vil folk si, 2017) inquires one adolescent girl’s painful multicultural struggles. The Mirza family is a typical Indian subcontinent family, saturated with love, tradition, celebration, and the familiar hypocrisy. There’s always pressure to conform to ‘proper’ standards, or else face the brunt of hard-stares among their social circles. Oslo-based Pakistani migrant father Mr. Mirza (Adil Hussain) has gained some respectable position in the local community. After encountering numerous hardships in different European countries, the family of four is well-settled in the Norwegian city.

Mirza is now a store owner, a loving father, and husband who enjoys dancing during festive gatherings of the local Pakistani community. His son Asif possesses an ambition to become a doctor and the younger 16-year-old daughter Nisha (Maria Mozhdah) balances her time spending with a traditional social circle and partying friends. Her beautiful eyes flutter around while meeting the eyes of a boy named Daniel. Nisha occasionally escapes through her window after bedtime to enjoy the night-time party life. One night Daniel stealthily enters her home, and before exchanging kisses, the dad catches both of them. The scuffle takes Nisha to child security services. Horrified that Nisha would fall into the trap of Western lifestyle and corrupt their ‘honor’, the family takes an extreme step to restrain her.

By employing a method of deception, Mirza travels with his daughter to Islamabad and leaves her there under the care of uncle and grandmother. Enraged by the kidnapping and captivity, Nisha does her best to break away. But when it all fails, she adapts to the rigorous, routine life. Love and desire are once again restored in her life. Nevertheless, brutality finds its way. Circumventing melodrama or pitfalls of high dramatics, Nisha’s sad yet poetic journey is imbued with empathy and a deep sense of understanding. What’s fascinating about the narrative is the humanized portrayal of Mirza – the father. 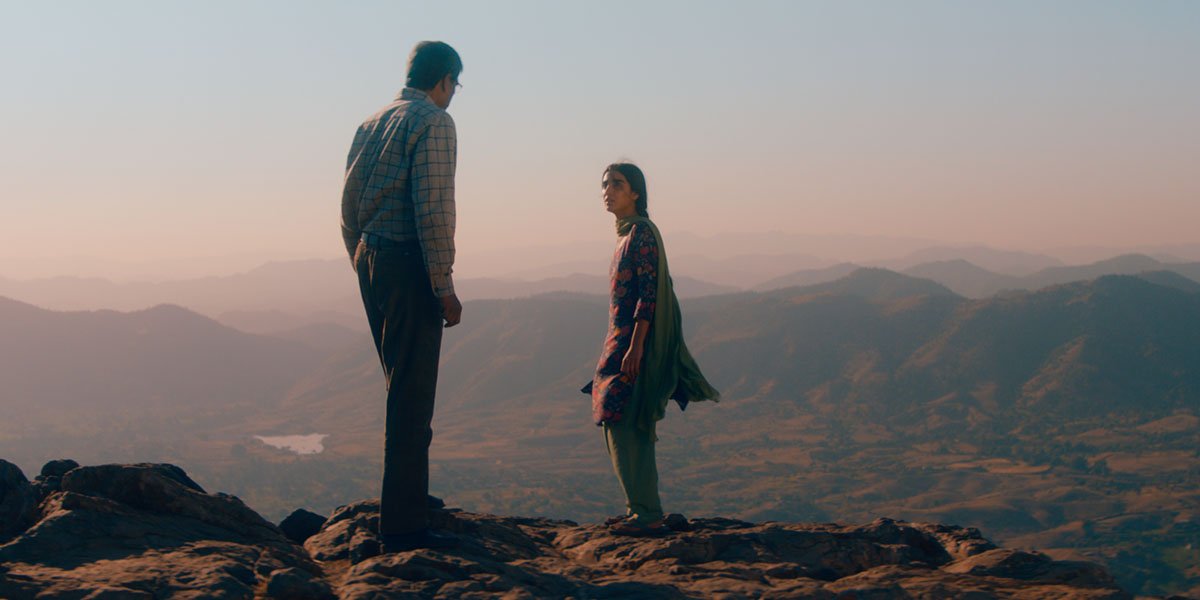 Actress Iram Haq’s first short-film venture Little Miss Eyeflap (2009) was screened at Sundance Film Festival and the debut feature I am Yours (2013) played at TIFF. I am Yours is also a multicultural drama that revolves around Norwegian-Pakistani single mother Mina. Despite a little less-focused and repetitive narrative structure, the film was a fairly interesting character study of a rebellious and complicated modern woman. Amrita Acharia’s (played Irri in GoT) spellbinding performance also helped to elevate the material. Similar to her first feature, Haq’s sophomore effort lingers on the struggles related to cultural, identity-based issues. Regardless of the strong social bond or familial love, Nisha finds herself in a world or culture which views female sexual desire as a monstrosity. She is held back as an object of female sexual desire that must be ‘pure’ or ‘untainted’. However, this oft-repeated thematic examination in cinema arouses melodrama rather than entwining itself with human realities. Director Iram Haq, for the most part, doesn’t steer the narrative for contrived emotions. She deftly includes Mirza’s perspective that’s torn between love for daughter and devotion towards tradition.

Instead of broadly indicting patriarchal brutality or toxic masculinity, Haq goes on an intimate scale to zero-in on the family’s apathy towards their own daughter, driven by the terror of social disapproval. In fact, the women bounded by tradition are the scariest individuals in the movie. The indifference of Nisha’s mother is shocking at times, yet very believable. Haq’s directorial skills are much more nuanced than in the debut feature. She excellently studies Nisha’s fear and bewilderment through skillful use of space and light, ratcheting the tension in situations from which there’s little escape. The scene leading to the confrontation between Nisha and her father on a parched mountain edge was one of such brilliant stagings. I particularly liked the visual cohesiveness between the opening and finishing scene; Nisha’s running in both these occasions serves as a microcosm of her life journey. Moreover, the ending was satisfying and ambiguous. It talks of the impossibility of bridging the cultural-gap, yet it boasts a hopeful note in it. The two central performances are absolutely riveting. Mirza Mozhdah, playing the scrawny, emotionally battered Nisha conveys her character’s pluckiness, turmoil, desire, helplessness in a perfectly fine-tuned performance. Adil Hussain once again rises to the challenge of playing a difficult role, diving deep into the character to unearth his uncertainties. Mr. Hussain’s brooding silent gazes and internalized emotions elevate the dynamic naturalistic scenes.

‘What Will People Say’ (106 minutes) provides an empathetic take on a teenage girl’s cultural & social confinement that’s devoid of one-dimensional character renderings and sentimental traps. Despite being an extremely personal story, film-maker Iram Haq shows amazing restraint and subtlety in her direction.

‘WHAT WILL PEOPLE SAY’ PREMIERED AT THE 2017 TORONTO INTERNATIONAL FILM FESTIVAL.
CLICK HERE FOR OUR COMPLETE TIFF COVERAGE.