Based on the writings of Max Bletcher, Radu Jude’s Scarred Hearts is about 20-year old Emanuel, played by Lucian Teodor Rus, who after being diagnosed with a spinal tuberculosis aka Pott’s Disease, is admitted to a Sanatorium. Scarred Hearts is Emanuel’s story along with everybody else who has been embracing illness gracefully in a place brimming with physical suffering. 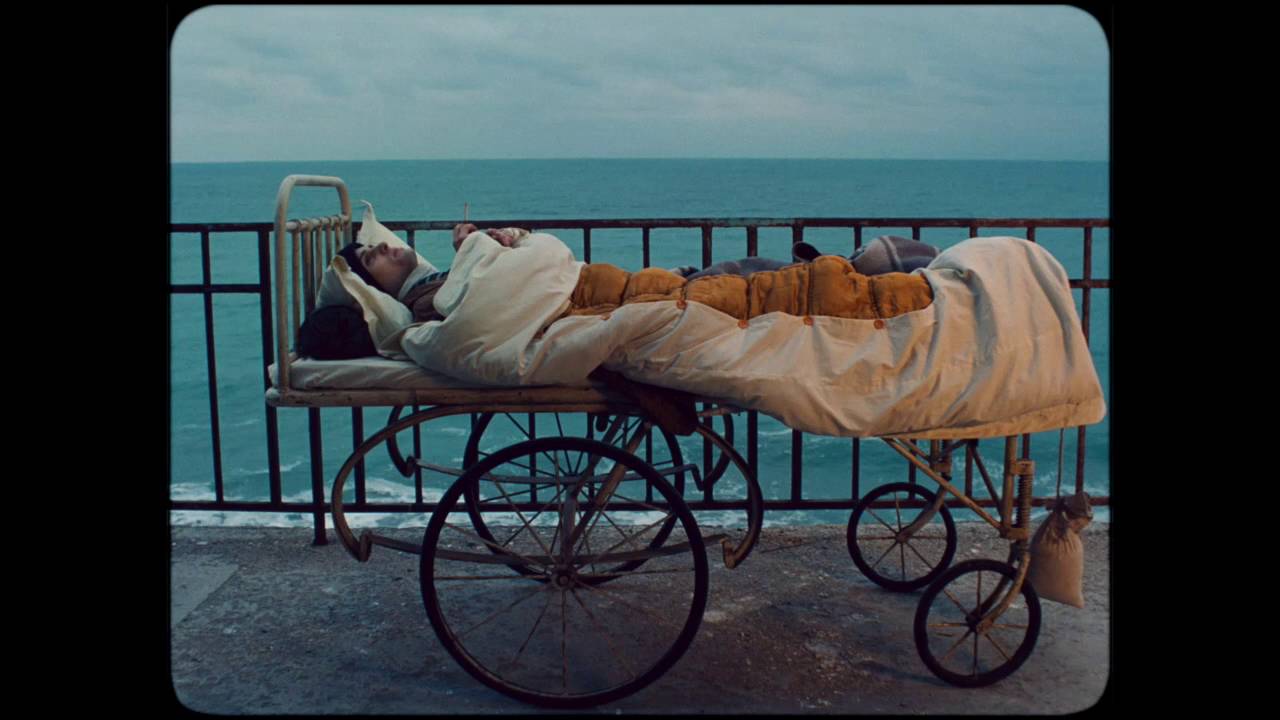 The film doesn’t shy away from demonstrating what Emanuel and others at the sanatorium are suffering from. We are there, up close, when Emanuel is being examined by the doctors. When he cries in pain as a doctor removes a weighty amount of pus from his stomach, Radu Jude allows us to see Emanuel in his most vulnerable self throughout the film. This establishes empathy (I am quite sure I don’t want to use the word empathy, though) for the characters in Scarred Hearts that it changed how you see the world we are dealing with, it also makes you understand these characters well.

In Scarred Hearts, most of the patients are having a cast around some parts of their body, as a collective metaphor that in a place like this, the body is often imprisoned by the disease. However, amidst all the pain and suffering going around, Scarred Hearts never really tries to be manipulatively sad, instead it is filled with moments which often comes off as totally comical. Emmanuel is mischievous, he falls for the beautiful Solange, a former patient of the sanatorium, the moment he is introduced to her by Ernest, another patient with a smaller disease to deal with. Another time, he is trying to make love to another woman and the horrible way it goes wrong makes one laugh at him hysterically. 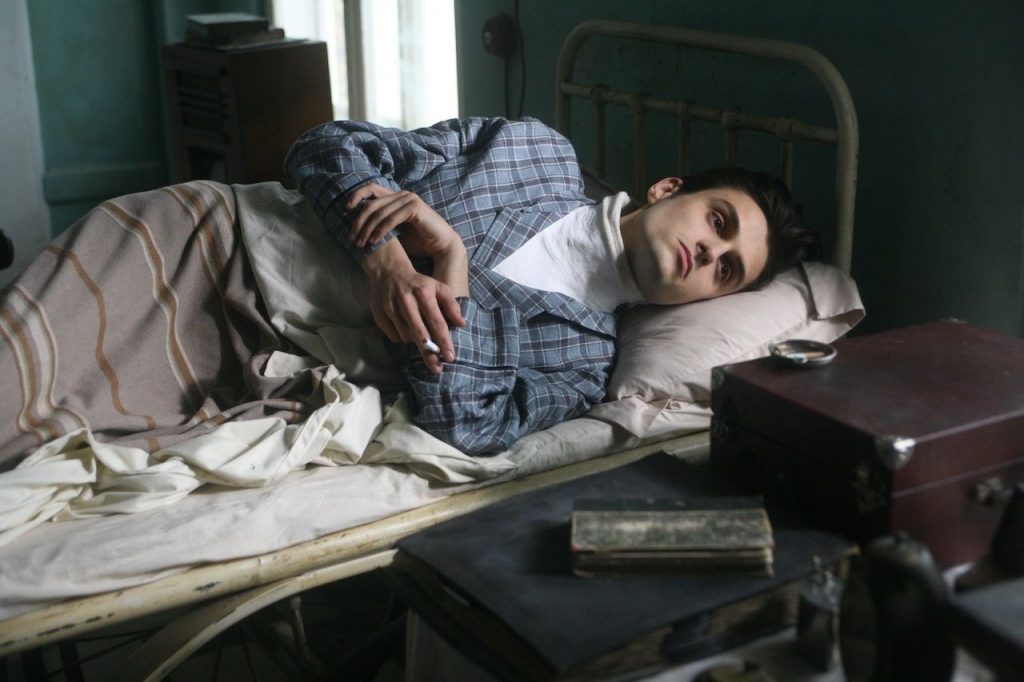 As much as a goofball character Emanuel sounds like, throughout the film, we see glimpses of Emanuel’s writing, which was Max Bletcher’s original writings by the way, shown in white text on a black background, now these texts come off as a total contrast between the kid like personality he exhibits in person and the great wisdom about life and death he oozes in writing. Emanuel had a profound soul, which he carefully hid behind all kinds of shenanigans he used to do.

Apart from Emanuel, the other important character in the film was was Solange, played by Ivana Mladenovic, the lady Emanuel (and most of us viewers) is smitten by (or perhaps is in love with). She is an independent woman with a  certain confidence, there are times when Emanuel puts her in awkward situations but her calm demeanor gave Solange a power of some kind, where she doesn’t let anyone take control of her life. In a scene, after Emanuel and Solagne have made love, Emanuel asks Solagne, that if Jesus comes to the world, what language will he be speaking? To which she says, “of course Serbian” and then tries to imitate Jesus, by saying something in the Serbian Language, that, to me, was the most adorable scene in the film.

The film is set in around mid-1930s, which was the pre-WW II era. There were few mentions of Emanuel being a Jew and that he has faced unnecessary hatred because of his Jewish existence at some point of his life. The film did touch, tangentially, the political context of the time, but never really goes beyond that, which was a bit disappointing for me, being someone who digs history. Having said that, I cannot really say, for sure, if it would have added anything valuable to the existing narrative.

Wonderfully shot in a 4:3 aspect ratio, the cameras in Scarred Hearts never really linger within a shot. instead it captures everything as a standstill shot. The cameras, here, are silent spectators, just watching everything from a distance, unable to help anyone. At the same time, it symbolizes the immobile state of Emanuel and other patients and the community we are dealing with.

Scarred Hearts is oddly funny and heartfelt as you witness Emanuel doing his various shenanigans, making the most of his life in a lifeless place. It is about a deteriorating person with a lively soul as he spends his days doing colorful conversations and by indulging in romantic endeavors. The film has an episodic structure and that made it more beautiful to look at. When we moved from one scene to another, it felt as if we are reading a notebook consisting of stories from Emanuel’s life. The episodic structure gave the film, a certain unpredictable nature. It was, at times, a melancholic song and, at other times, a hilariously tragic tale.