Home»Reviews»Film Festivals»The Legend of La Llorona [2022] Review: An Unimpressive Retelling of the Mexican Myth of “The Weeping Woman”
Film Festivals/Reviews

The Legend of La Llorona [2022] Review: An Unimpressive Retelling of the Mexican Myth of “The Weeping Woman”

If you are a fan of horror movies, you have probably come across the popular 2019 film, The Curse of La Llorona, based on the even more popular Mexican myth of “the weeping woman”. Exempting some variations in the myth, it is believed that a woman named Maria had drowned two of her children in the water and popularly ghosts the waterfront robed in white clothes in search of them. The Legend of La Llorona, directed by the first-time feature director Patricia Harris Seely, is a Mexican horror film that attempts to retell this myth. Unfortunately, although it correctly ticks all the criteria to infuse elements of horror in the film, it easily spirals into forgetful melodrama.

The story revolves around Carly, played by Autumn Reeser, who goes on a trip to Mexico to “getaway for a while” with her husband, Andrew, played by Antonio Cupo, and young son, Danny, played by Nicolas Madrazo. Carly has recently lost her unborn daughter, Bridgette, and seems to be mourning her loss when she realizes that Danny is at risk of disappearance. Shortly after, she is left on her own to deal with the myth of La Llorona when her husband suddenly disappears. Is she successful in her quest to save her family when she is still grieving a loss?

Related to The Legend of La Llorona – I Am Legend [2007] Review: I Am Disappointed!

The plot becomes progressively predictable (not necessarily a bad thing always) with every passing moment. In fact, I am quite impressed by their take on the myth itself, only wishing it were explored a little further to make space for the real-time issue of the disappearance of kids in the town. To that extent, the film does introduce a subplot of a cartel, a bunch of “bad people” as their driver, Jorge, played by Danny Trejo, explains to them right at the start of the film, which is likely to be the reason behind the disappearance of the children. 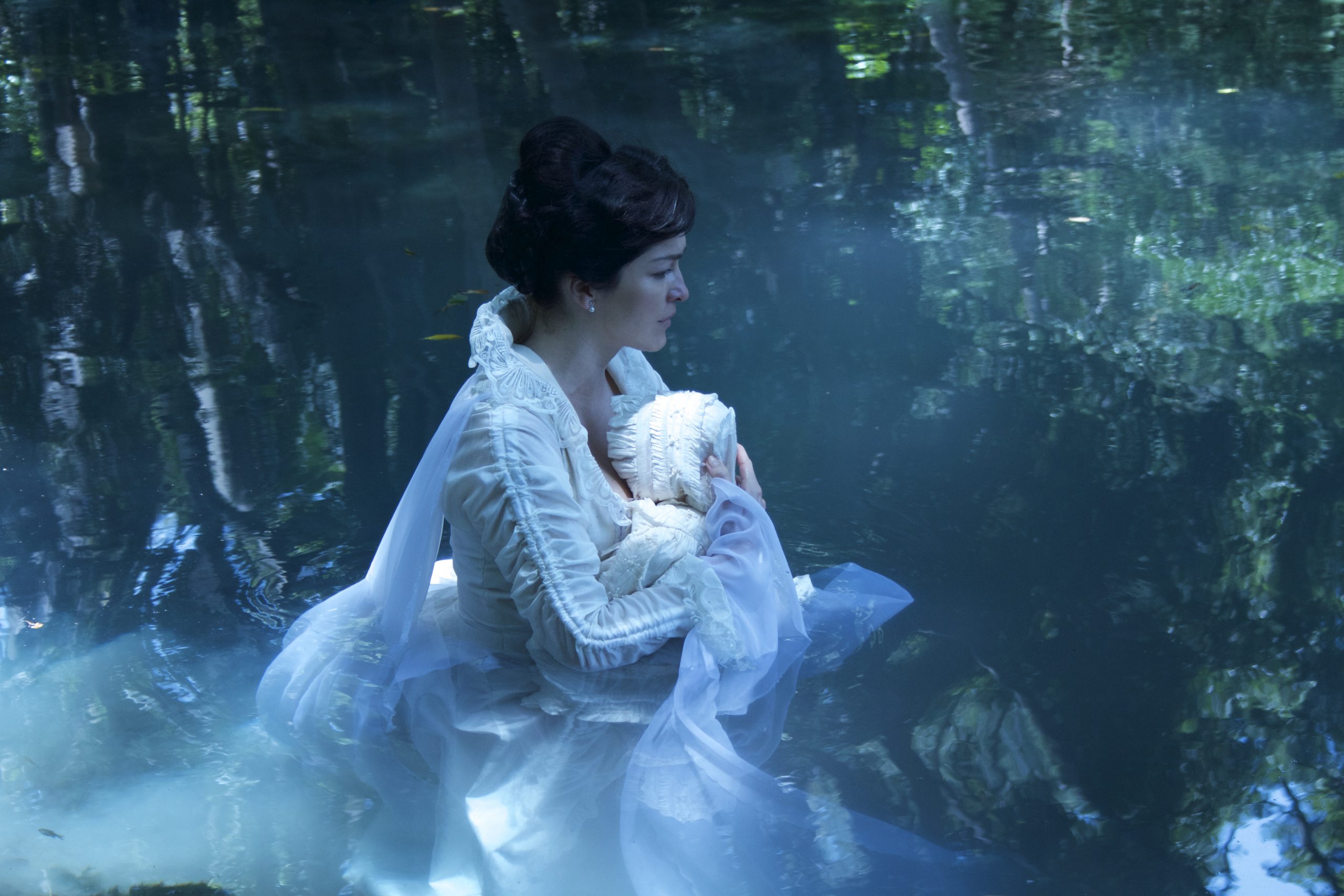 When the film begins with the shot of a baby doll lying face down in the water, I was genuinely looking forward to some shudders. Damp darkness, voices in the air, and two children left on their own by their mother form the prologue to this film. However, soon enough the real horror – La Llorona – a misty figure appears in front of us.

Now, the thing about horror, according to me, is that the unseen is a lot scarier than a literal ghost. This weeping ghost transforms from being a white-clothed figure in the dark to a human form who literally stands in the hallway of a house trying to scratch a portrait. The wet footprints and ghost-face screaming into the camera tropes are repeated too often to disbelieve this ghost’s overuse in the plot. In fact, the weeping woman gets as much screen time as the inn-keeper, if not more. Further, it becomes almost laughable when Jorge fires at this apparition to keep it from getting at them. The last time I checked, firing bullets is the last thing that helped scared characters in horror films.

This movie uses the technique of a jump scare too religiously. If you are in a theatre watching this film, you might feel the goosebumps coming your way from time to time, until you start feeling a little tired of them. In some cases, you even see a few jump scares coming your way which stops being scary then. The film is also dipped in sunless sunlight, drawn out of all bright colors, and instead forced to wear a translucent emerald green layer of color. It doesn’t help distinguish between day and night in this process, and I was continuously confused as to when the action was really taking place. On the plus side, it did help to create a sustainable environment for a horror film to germinate. However, this color scheme is very 2000’s TV-horror-like and I can’t tell if it’s a thing I’d prefer in a 2021-release. 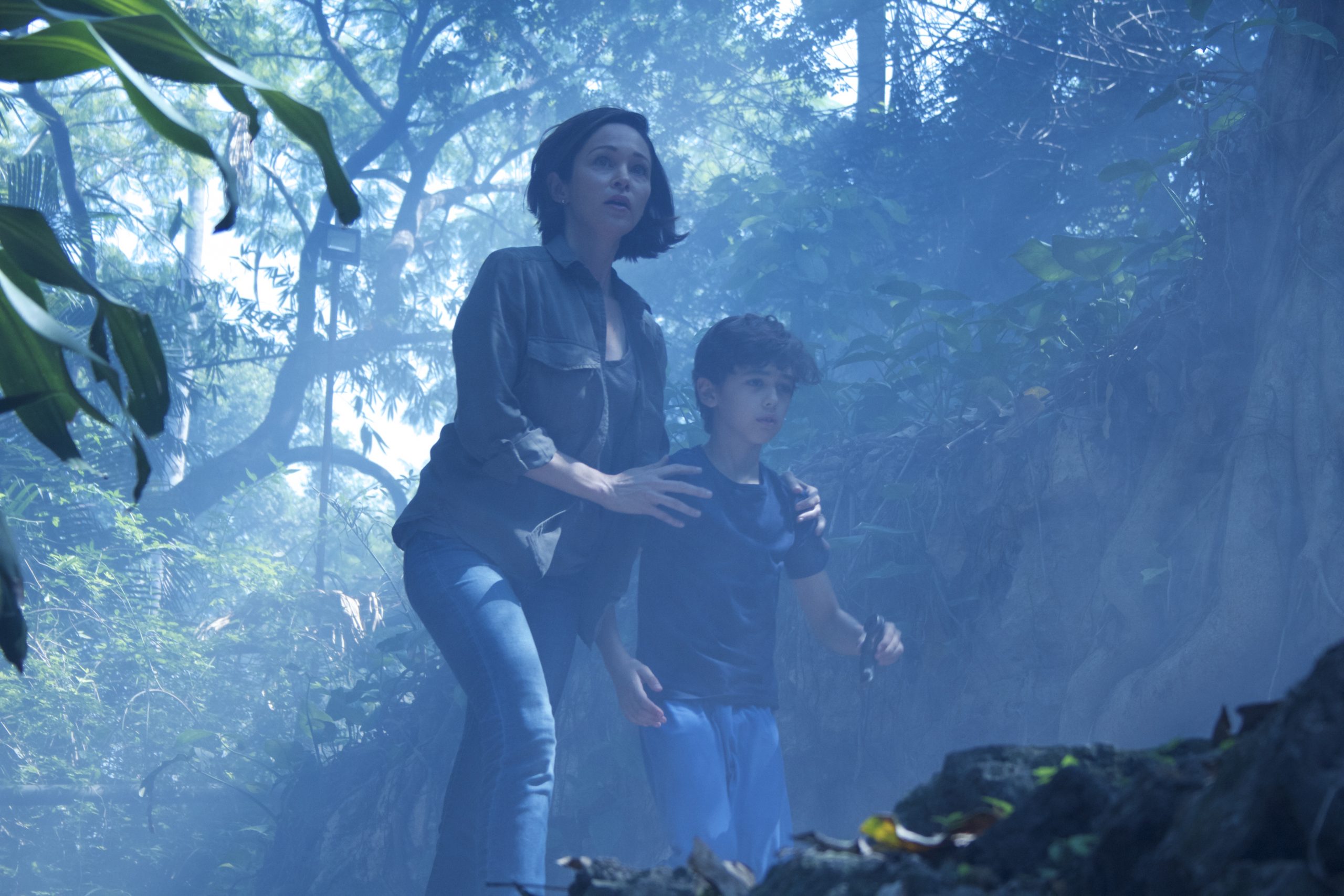 At one time in the film, I was forced to stop and wonder whether I had heard any other dialogue in at least fifteen minutes except the repetitive use of the word “Danny”. Undoubtedly, the script fails to complement even the melodramatic plot and the otherwise good performance by Reeser. The secondary characters in this film have little to do except look either worried or scared, which most of them struggle with.

A flashback scene featuring Veronica and her daughter’s disappearance right in front of her eyes is a moment of a genuine scare. I wish the director had downplayed the special effects a little because The Legend of La Llorona has a nostalgic horror film quality to it, especially with the interlacing of religion, myth, and motherhood. While it is not a horror movie that will leave you either scared or impressed, it is worth a watch because of how it retells the myth of La Llorona. After all, too many horror movies never hurt anyone, right?

The Legend of La Llorona is set to open in selected theatres from January 7th and will be out of VOD from January 11th.

The Legend of La Llorona [2022] Review: An Unimpressive Retelling of the Mexican Myth of “The Weeping Woman”