Home»Articles»“What is dead may never die”: Theon, a Greyjoy and a Stark
Articles/Fan Theory

You are a good man. Thank you.

While most people are commending Arya Stark for her bravery and heroism as she is the one who stabbed the Night King in the heart and killed the whole army of the dead (pretty cool, right?), I cannot stop thinking about how Theon Greyjoy sacrificed himself; not for the Iron Islands, not for Winterfell but for the living people of all the Seven Kingdoms.

Theon is the son and heir of Balon Greyjoy of the Iron Islands. After Balon’s failed rebellion, Theon was taken as a hostage by Lord Eddard Stark in the North. Ned Stark brought him up as he brought up his own children. At the beginning of the show, we see Theon living with the Starks at Winterfell and Robb Stark indicating that Theon is not “one of them” every now and then. But we viewers, we do not really feel bad for Theon. We let it be, thinking he is not worthy enough for us to care about him. Whereas Theon is there, just wishing to receive love from his surroundings.

Theon pledges his loyalty to Robb Stark after the execution of Ned Stark in King’s Landing. Due to identity cohesion, he betrays Robb and joins his father in invading the North. He seizes Winterfell from Bran Stark and Rickon Stark, who then escape from Winterfell with Hodor and Osha. To showcase his cruelty to the Northern people, Theon gets two young farm boys killed, burns them and lies about them being the Stark children. All these deeds make us hate Theon Greyjoy for what monster he has become.

In next to no time, House Bolton takes the opportunity to capture Winterfell from the Greyjoys. The brutal bastard of Roose Bolton, Ramsay Bolton tortures and enslaves Theon Greyjoy. Because of Ramsay’s inhumane torments both physical and mental, Theon becomes traumatized and submissive. Ramsay makes this Theon his “pet” and gives him a new name “Reek”. This state of Reek is tragic enough to forget what he has done to Winterfell and it makes us feel awful for someone who once was Theon, an Ironborn. 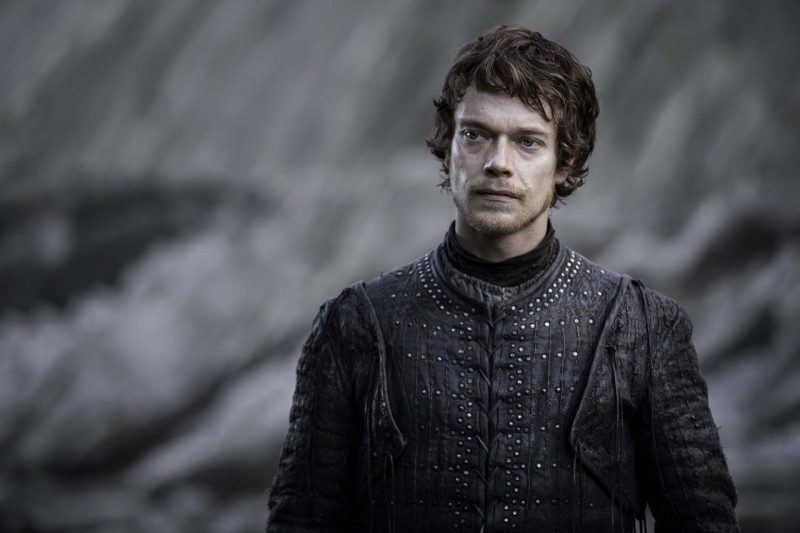 Just when we start to think we have lost all hope, Reek redeems himself by helping Sansa Stark escape. Snapping out of the ‘Reek’ nature to kill Myranda, Theon shows us he still has somewhat of himself remaining. Safely handing Sansa to Brienne of Tarth, Theon refuses to go to Castle Black, thinking himself unworthy of Jon’s forgiveness and sets for Iron Islands. In Iron Islands, we see once the stubborn Theon who arrogantly denied Yara’s competence to rule, now a broken man, supports Yara in Kingsmoot against his uncle Euron. But they have to flee once Euron wins the support of the most and sail to Meeren for finding Daenerys. We, however, can still observe how psychologically traumatized Theon is with every word he speaks, everybody posture he makes. With the approval of Daenerys, Theon sets sail with his sister for bringing the Dornish army to prepare the siege. But they get attacked by Euron in the middle of the journey. The blood, the horror, the carnage triggers Theon again, so much that he flees away leaving Yara captive in Euron’s hand.

What do we call Theon now, a coward or a survivor?

Helpless to save his sister, Theon is confronted by Jon in Dragonstone. Jon assures him of his identity claiming he is a Greyjoy and a Stark and urges him to save his sister. This conversation and the remembrance of Yara being the only one to try to save him from the Reek state of himself, fuels Theon to ultimately winning back the Ironborns with him and sets sail for Yara’s rescue which he finally does, quite valiantly.

Now, we seem to have Theon Greyjoy amongst us again. He asks permission from his sister to join the Battle of Winterfell, to fight for the Starks, to fight for the living. We see an emotional reunion of Sansa and Theon upon his arrival to Winterfell which shows the bonding between the two which might be one of the most important factors to save Theon from fully losing himself to Reek. 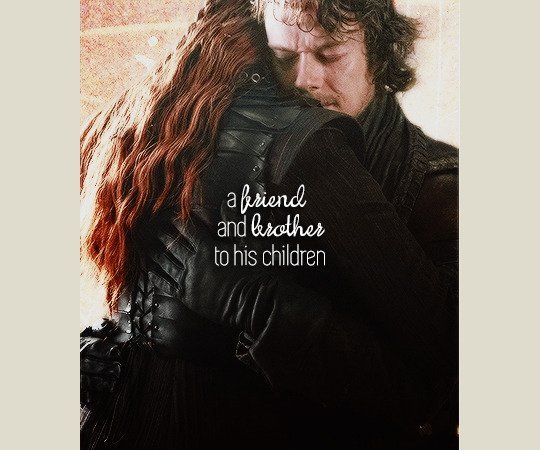 Theon volunteers to be with Bran Stark under the Weirwood tree at Godswood where they wait for the Night King to come. Here, the show gives a throwback to the first season, where Theon promises to stand behind the Starks if there comes a day when a battle will be fought in Godswood. When the long night arrives, we see Theon and his men protecting Bran, the very Stark whom he forced to leave Winterfell once. Riding on his redemption arc, we see a different Theon that night with his infamous archery skills coming to use. He stood by Bran protecting him making use of all the arrows he had. But sadly, the Night King approaches through the mist. We get an emotional conversation between him and Bran in the final moment where Bran gives closure to him by forgiving and praising him.

Acknowledging yet ignoring that it is deadly for him, Theon charges at the Night King with a dragon-glass spear. But the Night King easily stops him and takes seconds to break his spear and kills Theon by stabbing him into the stomach. Theon falls on the ground and bleeds to death.

Undoubtedly, Theon Greyjoy’s character development is one of the best in Game of Thrones so far. The emotional journey of ups and downs was delivered perfectly by Alfie Allen, the brilliant actor who portrays Theon Greyjoy in the television show.

The viewers did not care for Theon first, giving him very little importance. We hated him for all his misdeeds and violent acts. Slowly, we started feeling bad for him as he lost all his honour and courage. He made himself better and we started growing empathy and likeness towards him. After that, we misunderstood him and lost all our faith. And finally, he redeemed himself. We felt proud of him for becoming a man with honour. In the end, we were mournful when he gave his life trying to save the Three-Eyed Raven.

Theon Greyjoy is not about conquering Winterfell, burning children and rescuing Yara. He is about being cocky and arrogant to mask his insecurities of being a hostage to a family who could never really call him their own. He is about being mentally broken to the highest state by years of torture and being captive. He is about regaining it all back for what he loves truly- his sister, his Ironborn blood, and of course, the Starks of Winterfell.

Even though Theon Greyjoy made us feel all the shades of emotions, we have one thing to say to him,

May the 4th: An Interview with Han Solo and soon-to-be Obi-Wan Kenobi Actor, Jamie Costa

Peacemaker [2022] ‘HBO Max’ Review: Gunn Ensures That Names Like Peacemaker, Harcourt, and Vigilante Will Get a Cult Following