Home»Articles»Intersecting Loneliness with Migration: An Interview with a Young Punjabi Film-maker
Articles/Interviews

Hailing from Amritsar, Punjab, Shubham Sharma’s meticulously shot short film, Even Fake Flowers Have Scent On Happy Days (2020) about a smart young man, haunted by his loneliness and the past, decides to find solace in a tape recorder. And how that tape recorder becomes the friend he didn’t know he needed. Exploring the themes of loneliness, rootlessness, and migration through the splintered life of a young educated man, Shubham narrates a painfully intimate story without succumbing to the conventional gimmicky tone of short film form.

Can you tell me about the source of inspiration for the movie?

My initial inspiration was a short story by Murakami, The Kangaroo Communique. But I ended up far away from my initial thoughts. The idea for the protagonist became more autobiographical than I intended. I realized that the main source of inspiration was this fear I felt at that time of being stuck. I remember coming back to my hometown after a while, and noticing most of my friends and people around have left the country. Then I started imagining a city without youth and someone stuck in it, whose circumstances don’t allow him to reach where he wants to be. I think there are a lot of those people around us whose loneliness goes unnoticed. 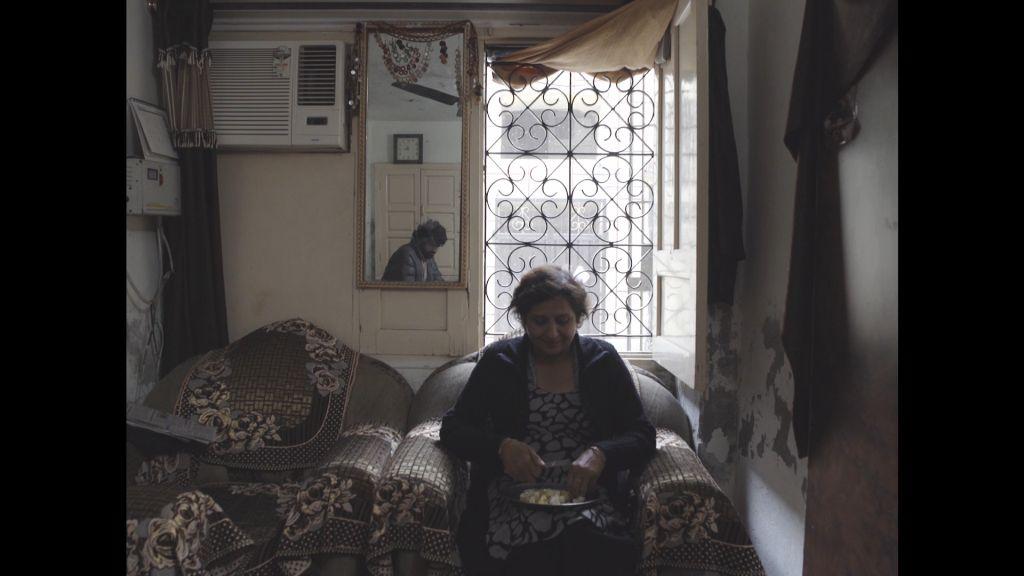 I’d like to know more about your style, particularly the predilection for long static shots and maintaining a sort of objective distance to the subject

Me and Vaibhav, who did the camera for the film, were on the same page about the pacing and the limited movement of the camera. The film revolves around a character who is dealing with his loneliness on a tight rope. This is the only way I could imagine someone dealing with his reality, particularly when they have no real control over it. The film for me existed in how he behaved rather than what he said. Therefore, even when I was writing the script, opting for a close-up felt like invading without any motive. And that feeling of being boxed-in inside a house, made us agree on this aspect ratio; long static shots with no movement, unless it’s absolutely necessary. Just like the life in that place.

The narrative’s core theme of loneliness also makes a subtle commentary on Punjab’s migrant crisis. Can you tell us more about this social reality?

When it comes to the mainstream media’s representation of Punjab – its people, and its issues – the image presented is very flamboyant. The reality of Punjab is in fact very different. Because of the lack of employment opportunities, youngsters feel stuck. As there are neither growth opportunities nor decent education structures. So, they have to migrate; either to other states or other countries. Just in the past decade, there is a record number of Punjab’s population moving and settling in Canada. Most of the people I know are either already there or are planning to. And what’s left behind is what I believe this movie is about. Some people are in-between of all of this. Who cannot leave, but also can’t find a purpose to stay. Like the protagonist, who works in a store at a mall only because that’s where he’ll get paid most. 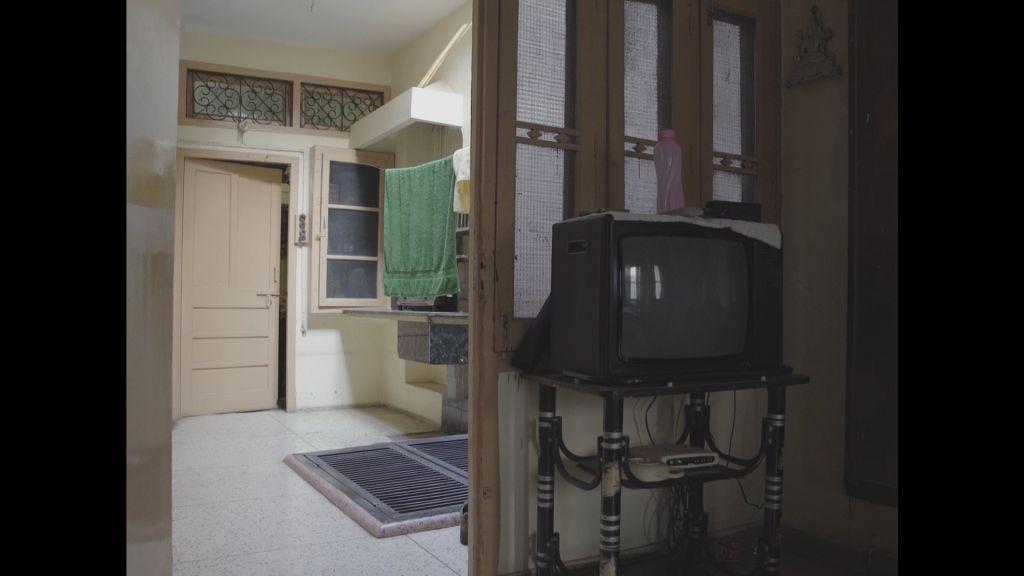 Your film is about a lonely, self-reflexive young man at crossroads in life; an individual whose emotions are in a state of flux. What pushed you to capture life in its flux?

I think a person always remains at the crossroads, even for the smallest of decisions they will have to make. While writing the screenplay, I knew that I cannot confide in a single ending. In fact, the idea that I can’t do it actually became the solution. The decision, would he send the tape or not, proposed an equal amount of relief and guilt. I am sure some people know the answer to what road they’ll choose when the crossroads appear. But I personally find it hard to assume what will I do in that situation. You never know, there might be a pleasant-scented flower present there, to make me decide otherwise.

The film was shot at your home.  Can you tell me the experience of exploring such an intimate as well as mundane space through the camera?

Financial constraints weren’t the only reason. This is the second film I made at home. We spent time finding the right angles, because I think it became a very interesting space when seen through the camera. It made the careless architecture work in our favor. Since this character resembled me under certain circumstances, it felt like the place where he could exist. The opening shot of him entering the house and the camera following him while establishing the space was one of the first images I imagined, which became the foundation for the whole film. And it also gave my mother all the comfort she needed to act.

As you mentioned, the film comes from a very personal space, how difficult was it to find a producer who can trust you with the subject? How was it working with him?

We never thought we will find a producer. We weren’t really thinking about money during the writing process. I just knew that this would be the first time I will need some money to make a film. I met Tushar at his birthday party. He didn’t really know me, but he liked what the film was about. He felt it was the same thing happening in Kerala (the migration), his native state. So, he offered to help. But our relationship transformed further during this process. Money was the last thing we talked about. He was the only person who stuck by and even pushed me, when I got tired of things not working out. It was his idea to use the recorder’s sound in the film. But apart from all this, him trusting the project and putting all his faith gave us the confidence we needed.

The formal construction itself is the crucial aspect of your film-making style. Apart from setting up a static frame how did you know how and where to cut or make the transition?  I’m asking this because the editing decision bestows an elegant flow to the narrative.

Honestly, we didn’t make all those choices regarding the editing beforehand. In fact, the only thing we really cared about during the shooting was the continuity and the pacing. Editing was where I found myself completely paralyzed. I never thought my first cut would be around 50 mins long. And it took me a one-and-a-half year and several editors to reach the final version. But once I started working with Aniruddh, most of my anxiety settled down. It’s not difficult to find an editor with skill, but an editor who understands the pacing is a bit hard to come across. Once we understood the pacing and its chronology, he made the cuts seem effortless. Moreover, in a way, I am glad I took this long to finish it. As it gave me some time for my perspective to grow, that led to the necessary decision of letting go of the unnecessary material. 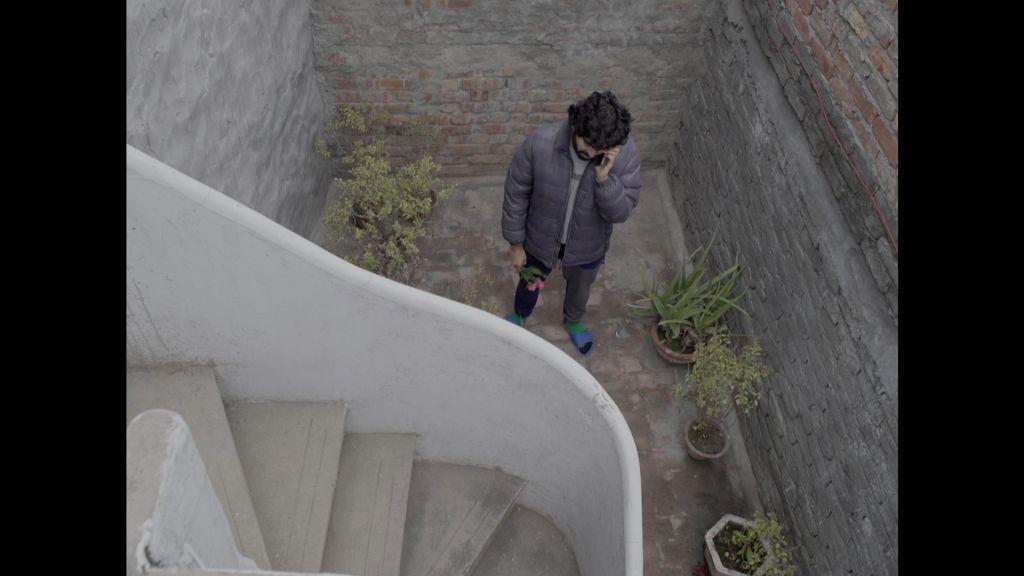 The title implies one’s idea of ‘perception’. What do you think retains the power to change one’s perception of isolation and ennui? The idea of artistic expression or the mere idea of a ‘listener’?

The relationship between him [the protagonist] and the listener doesn’t seem as odd as one might imagine. He believes in the listener’s existence to an extent that he even controls our imagination. We don’t know if there is someone there or even the gender of the person and their preferences. We know nothing, just like him. Except for the fact that that person knows English, because of the note the store received. But other than that, it’s completely his imagination that creates a shape, if not the listener’s identity. Gradually, we see him getting comfortable with the listener with each passing scene. And the very formal tone transitions into such a deep conversational tone. Just like in any relationship; even when he casually mentions the thought that just occurs to him, pertaining to the film’s title. It’s the association of that scent to ‘happiness’ – which I’d like to believe – is the reason he makes that final decision.

Why You Should Engage in Playing Computer Games