A wise man once said that the madness in an actor’s method is counter conclusive of how well they understand the act. Similarly, a wise man also said that the method in an actor’s madness should come from a place of palpable emotional connect. Since the wise man who said this is me, there’s very little for you to base that fact on. In Drew Hale’s ‘Cut and Chop‘ a method actor succumbs to the maddening heights of his latest role. But since there’s no reason for the actor to come to that context other than the book he reads about method acting, you are left with a tone-deaf genre film that keeps going for 80 more minutes than it’s supposed to.

Written, directed, produced, and enacted by Drew Hale, ‘Cut and Chop’ follows the life of Tom. He is a struggling actor who gets a little too lost in his roles. Living with his hip girlfriend Esmerelda (Kari Alison Hodge) whose eye makeup and perfect existence are suddenly brought to a halt when a disturbed Tom takes a bite out of her during one of their sexual adventures. While for any sane person this act would automatically mean packing their bags and leaving, Esmerelda stays and only complains about it to her confidant and only visible friend Gladys (Varda Appleton) – who inturn invites her and Tom for dinner. I mean, imagine confronting a cannibal, moreover hanging out with them because it’s in love with your best friend. Weird? Not weird? I’m not sure myself.

Related to Cut and Chop –  In the Mouth of Madness [1994]: Twisted. Trippy. Terrifying

Anyway, the film caves into Tom as a disturbed fellow who believes in going method for a role. So, when an indie producer picks him out of a lot of 2 for a role of a butcher in a low-budget horror film, Tom can’t help but pester the local butcher for some one on one advice. Oh! There’s also another caricaturish store owner who seems to be incredibly interested in selling his top drink to Tom. Coming back to dinner, Tom and Esmeralda visit Gladys and Burt (Shane Woodson) – a writer who sells his screenplays for living the L.A cool life. Note that there’s no scarcity of weed and since Hale’s character doesn’t like any, we are suppose to take all of this seriously. 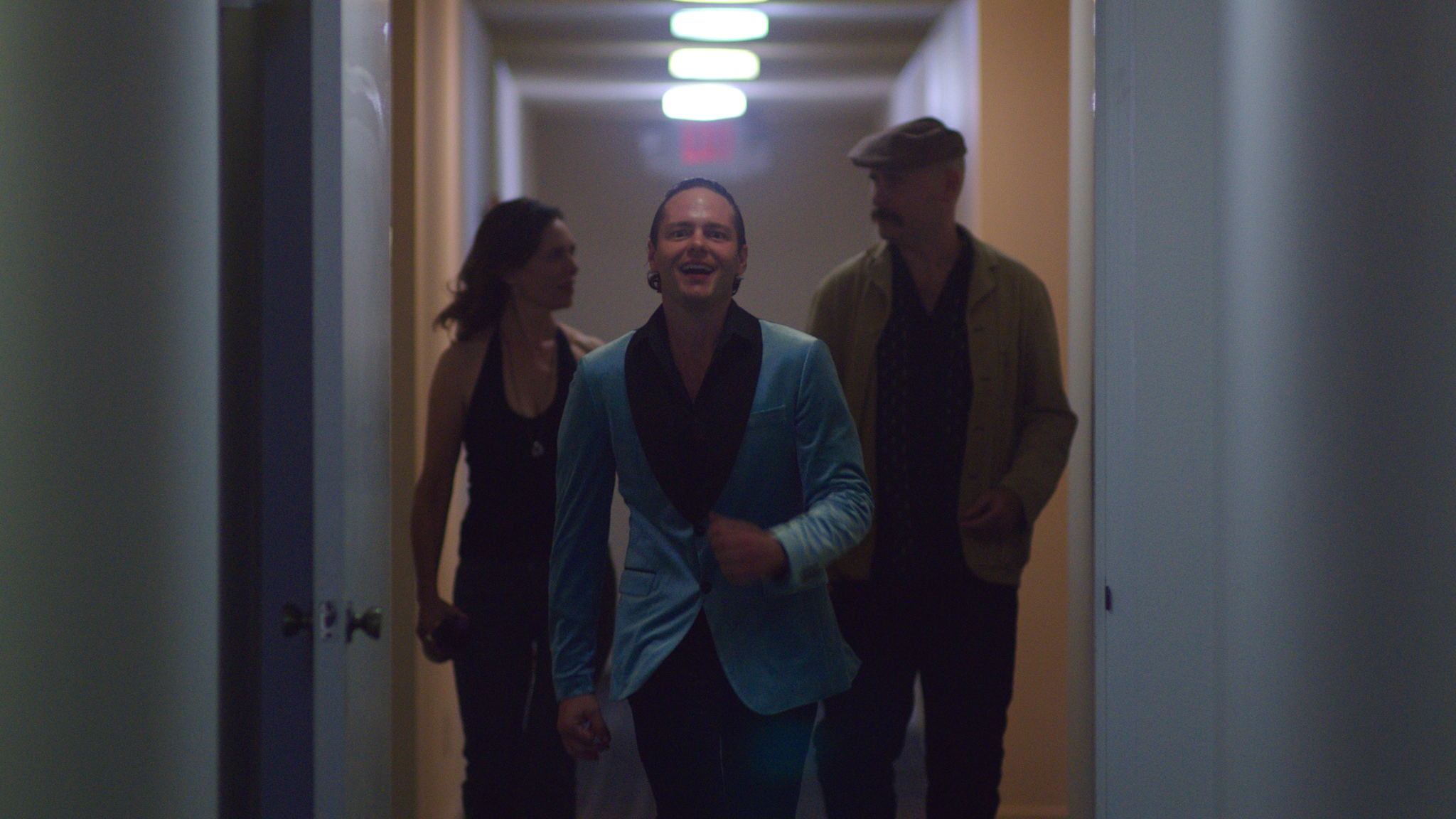 Now, I don’t have a problem with the low-budget aesthetics the film is going for. The lightning and set design are actually pretty decent. It is everything else that the film fails at. The acting is downright awful for a film about a method actor. The entire arc of Tom suddenly taking up the persona of a butcher is so half-assessed and tone-deaf that you don’t care if the director was actually going for it to be an outright horror film or a black comedy. There’s no semblance of a tone shift or a balancing act and all of it just results in a bland, uninviting 90 minutes that keep going with no head or tail.

The writing is abhorrent as the character motives or even the plot progressions are half-baked. You sit there for certain threads to pan out in a certain way but they don’t. The lazy direction also insists on cross-cutting through sequences with lured takes that don’t make sense whatsoever. In short, Drew Hale – who juggles multiple roles both in front and behind the camera fails to imbibe his feature debut with any sense of dread or comedy for that matter. For a film that insists on showing no emotions, the lack of it is just a distraction; making things blander than they are supposed to be.

Also, Read – One Cut of the Dead [2018] Review – An Original Comedy within a Unoriginal Horror Movie

‘Cut and Chop‘ motions through a narrative that hinges on a single line premise. It is one of those instances where the premise serves as a single sequence narration that serves a short film format better. However, stretching it to a feature-length only takes away some of the impact it could have had on the viewers. Moreover, there’s also a slight touch of critic about the L.A. way of life and a supposed metaphor about walking down to the Hollywood Walk of Fame when there’s little to no humanity left in an actor. It doesn’t stick and only fades away like drops of fake-blood.

A Case for John Cassavetes' A Woman Under The Influence