Andrei Tarkovsky is a sculptor of time. He understands time as a philosophical concept and not just a calculative entity limited to the hands of the clock. Time has little scientific understanding and is fairly subjective; passing swiftly like a dream in the arms of a lover while otherwise weighing you down under the curse of uncertainties when you are trapped in the difficult act of waiting, or constantly changing forms from sunsets and winter rain to dew drops on a flower and mist on the windowpane; such that for human beings time is the root cause of all anxieties but also the best anti-depressant, healing everything to a scar that survives like a memoir, a memory, a memento. “No other art form is able to fix time as cinema does. What is cinema but a mosaic made with time?”, he says. “Time is not a neutral,light medium in which things happen. We feel the density of time itself”.

Tarkovsky is an existentialist cinematic philosopher, dissecting the dichotomies of the conflicted human soul. His protagonists are Dostoevskian, often prematurely aware of the pointlessness of life and painfully struggling to drift through it, fearing death while simultaneously coveting it. He physically manifests our most subliminal anguish, turns our interior into exterior, constructs a tangible model of our incoherent consciousness. Like the “Zone” which in reality is a forbidden place inside our minds where we weigh our strongest desires against what should be morally and ideally our priorities, hypocritically manipulating our ownselves to bridge the gap between the two. Tarkovsky unveils that there is a nature inside of human hearts. His characters are nostalgic for natural serenity in a Thoreaun kind of way, despising war and technology and modernity, belonging to a primeval era while dwelling amidst concrete jungles. He also personifies nature itself. Rage symbolized by violent sandstorms, regrets by snowfalls, the phases of sorrow by the seasons of monsoon and a grace of luck with sunshine which is a rare sight in his stories.

The Mirror demonstrates the fluidity of time and memory, how a craving for past is intertwined and interspersed with a defeated future, about the eternal recurrence of history and an incessant feeling of homesickness at your own home. It proceeds as if caught up in a trance, flowing like a stream of consciousness, discovering itself in Arseny’s poetry and hence carving out a film not made out of moments but verses. Visual, poignant verses floating and sinking into each other like tides in the ocean. There is a poetry in the dance of the curtains perturbed by the changing turbulent fates of the characters, in leaky roofs crumbling down under the burden of a childhood slipping away, in the dreams of lightly levitating and soaring up from the ground reminding that atleast in our imagination we are free, at least in our imagination everything is possible. What is life if not a segue of dreams and nightmares? The camera stays behind on the scenes, when the protagonists leave to show that a world without human beings is still alive. Freer are the plants with anchored roots that us, mad nomads, globetrotting in search of peace which is hidden inside the deep mines our hearts are. 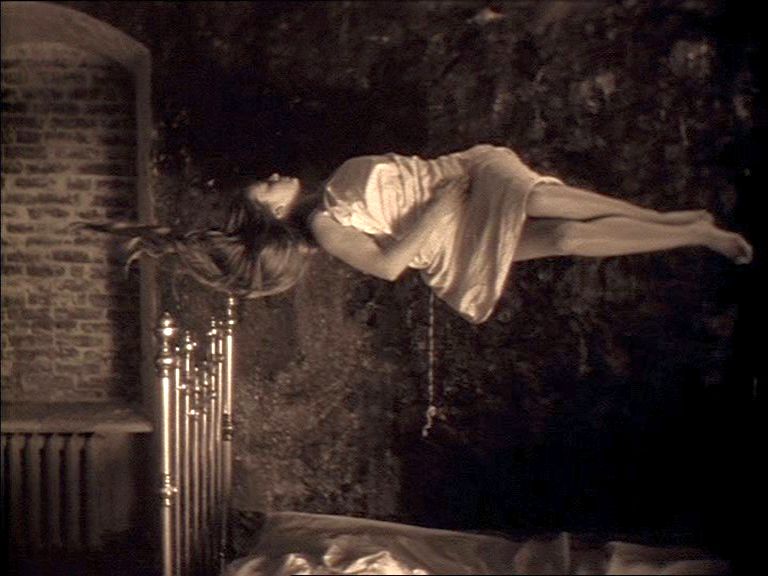 Ivan dreams of being a little boy growing in his mother’s shadow, but is trapped in the life of a man. He is mystified by the songs of the cuckoo but never does he get scared by the sounds of gunshots. The war outside of him does not make him bleed as much as the internal spiritual war he has already been overpowered in, whose battleground had chosen him and not vice versa. Reading the messages by German Prisoners on the walls of his shelter asking for vengeance, he realizes he too is a prisoner emotionally, waiting to be avenged.

“We don’t know what madness is. They’re troublesome, inconvenient, we refuse to understand them. But they’re certainly closer to the truth”, this dialogue is enough to brief Nostalghia. It is the story of the madness of conventionally healthy men and the wisdom of a madman. While a famous writer fails in his attempt of finding purpose in life, the madman has found his meditation in the world-saving act of holding a candle and crossing a mineral pool. Solaris is about the obscure ocean our lives are, of our innermost regrets and demons. It is about the obsession with external exploration  while evading the responsibility of self-exploration and introspection. The Sacrifice undresses our animal fear of death, our emotional disorientation in a world taken over by politics and nuclear power. A civilization whose pulse runs not on empathy, but solely detachment and disconnection.Andrei Rublev seems like an allegorical representation of the director’s personal journal. He wonders what is the worth of all his wisdom, if he has not love. The expression of art revealing the character’s state of mind, his re-examination of his religion, the influence of regional politics on personal affairs, all culminating in the conclusion that maybe the answer to this consistent mental unrest is in the attempt of reconciliation of man with the God. 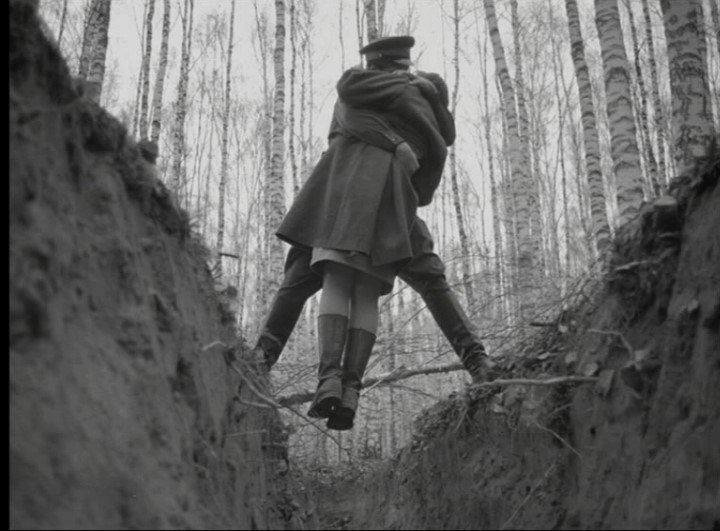 Stalker is a film about nothing. In a subtle way it shows the point of life: Nothing. The Zone is an embodiment of all the questions of our life whose answers we know but choose to ignore. The writer who regrets that his literature never reformed anyone’s life is the perfect symbolism of self-loathing and self-doubt which remains muffled in each of us. Tarkovsky metaphorically summarizes all our lives through only one scene; we are all nervous creatures sitting outside “the room” throughout our lifetime, brimming with wishes but doubtful about how much we want them to come true. “My conscience wants vegetarianism to win over the world. And my subconscious is yearning for a piece of juicy meat. But what do I want?”. This explains everything.

Ingmar Bergman once regarded Tarkovsky as the greatest of all directors but later stated that towards the end of his career Tarkovsky had been copying Tarkovsky. While there is truth in the opinion that the themes recapitulate in his films, like existential angst, a deep consideration of Christianity, a love for frescos,film poetry,active response from inanimate objects and delusional dissonance, it reaffirms how personal his films were to him. You cannot take Tarkovsky out of a Tarkovsky film. His cinema encompasses the themes of many major directors: horrors of the unfamiliar in familiar of Lynchian films, the absurdism in the movies of Bergman, the longing and desperation of Japanese cinema and the loneliness shown by Akerman and Lars Von Trier. Tarkovsky is our stalker, leading us through the comforts and calamities of life and letting us appreciate it without leaving a direct message, a conveyance or an interpretation. A work of cinema should stand for itself and his cinema, stands alone as the face of him, us and all of humanity. 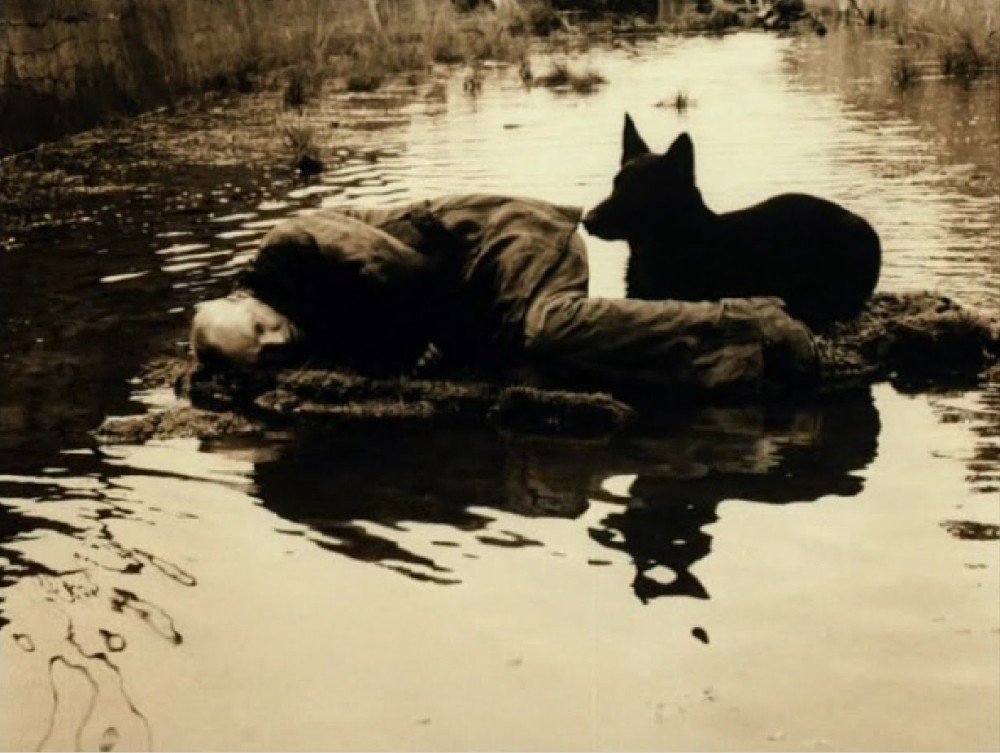 Goliath [2022]: ‘Venice’ Review – A Stark Vision of a Land Conspired of Violence