Art has been tossed around so much into the realm of the known and the unknown that modern-day art needs to be embodied by humanity in order to be complete in the eyes of the hearsay. In Ruben Östlund’s “The Square”, art has been satirized to have become mere monkey-business. It’s no longer presented through the hands and eyes of an artist and its fragility is handled with no concern whatsoever. Which brings us to the very difficult question of a very polarizing question – Do you trust me when I say “The Square” is groundbreaking?  Or you don’t trust me at all?

“The Square” is more a performance piece than a film in itself. It works on the ordinance of puppetry. The one where Östlund is the puppeteer and everything else just follows the distinctive, glamorous & hilarious world that he has created. At times both fractured and well-constructed, the film evokes all possible reactions towards any art form. Mostly delivered through an array of vignettes that never break the flow of the initial narrative of a lost phone and the aftermath –  the wild, translucent and idiocentric scenario in which the film unfolds has almost lost its human empathy. So when the film tracks down to its critic on the society, the result is extraordinarily effective. 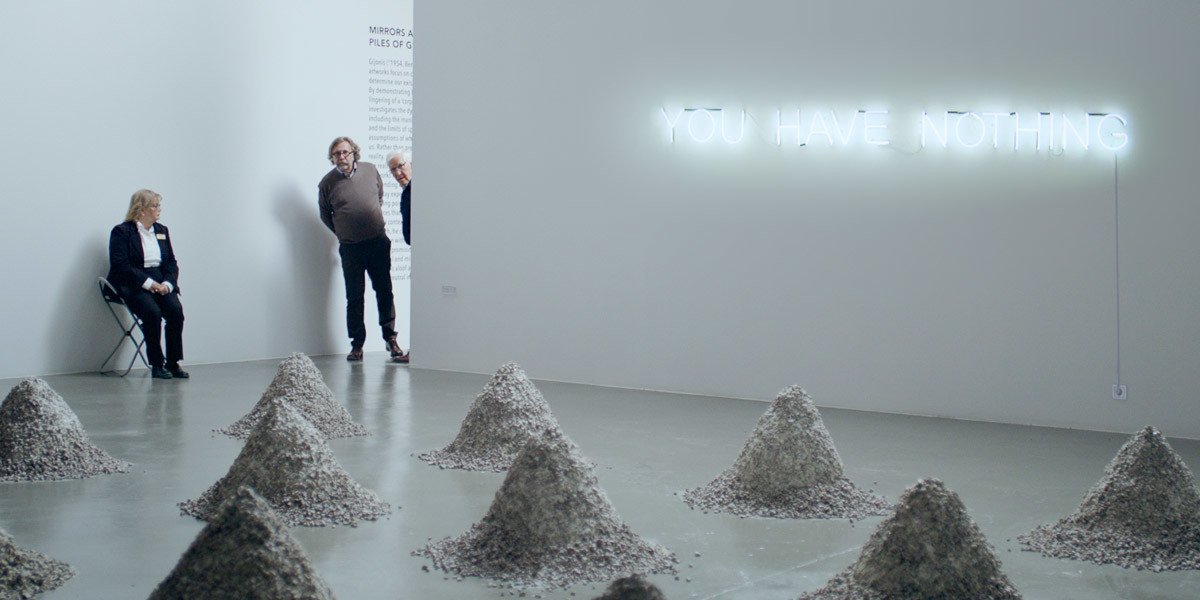 Centered around Christian (Claes Bang) –  the main director and curator of a contemporary art museum, the film unfolds like a quiet little mistake gone awry. Christian loses his mobile phone when he is trying to help someone on the street. Trying to understand and feel compassionate about his latest installation into the museum – The Square, Christian’s instincts leave him in a state of dismay as someone picks his pocket and he is left without a mode to communicate or function. Also in the mix is a viral media campaign headed by two men who wish to explode a baby in order to drive in the negative media coverage, the unsung little sex adventure that Christian and a TV interviewer called Anne (Elisabeth Moss) get involved in, and the eventual blow that he faces when his little scheme to get his lost phone and wallet turn his present life into a crumbling mess.

Östlund’s film is rigged with insane energy and turbulently hilarious gags. All of which come marching into the exploration of how art is presented, realized and perceived in today’s world. At a point in the film, an artist is trying to explain his latest work when someone in the audience suffering from Tourettes starts swearing out loud. Does art really need an explanation? The performance piece that is supposed to be a post-dinner gift to the audience also serves as an iconic freak out where Ostlund questions how different people respond to certain art forms. What are they left with? “You Have Nothing”, might shed some light, I guess.

“The Square”, however, works because it questions a person’s indifference to empathy & the need of social, political, and verbal correctness. A used condom & a child’s note serve as reminders to everyone who is turning so cold that garbage cans will soon turn into coffins & no last rides will ever matter.

“THE SQUARE” WAS SCREENED AT THE JIO MAMI MUMBAI FILM FESTIVAL, 2017.
CLICK HERE FOR OUR COMPLETE MAMI COVERAGE.