Set in a small New Zealand town, What We Do in the Shadows follows a documentary crew filming the everyday life of three vampires who share a flat together. The months-long production helps in providing a deeper insight into their daily routine, like petty arguments about household chores, troubles of having no reflection, the need to feast on human blood, and the downside of immortality.

Related to What We Do In The Shadows: Every Taika Waititi Movie Ranked

Written & directed by Jemaine Clement & Taika Waititi, What We Do in the Shadows mocks neither the vampires nor their mythology but simply captures the genuine problems that arise due to their restricted life & traditions, often resulting in hilarious situations, all of which is captured in a highly sensible fashion, not to mention that there’s actual logic & reasoning behind every witty moment.

What’s commendable about the screenplay is that it keeps the vampire mythology fully in tact and only brings to surface the issues they encounter while trying to adjust to the ever-changing world around them as well as their own immortal yet confined existence. Every vampire in this mockumentary carries depth, heart & life in their arcs, while offering healthy dose of laughs from start to finish. 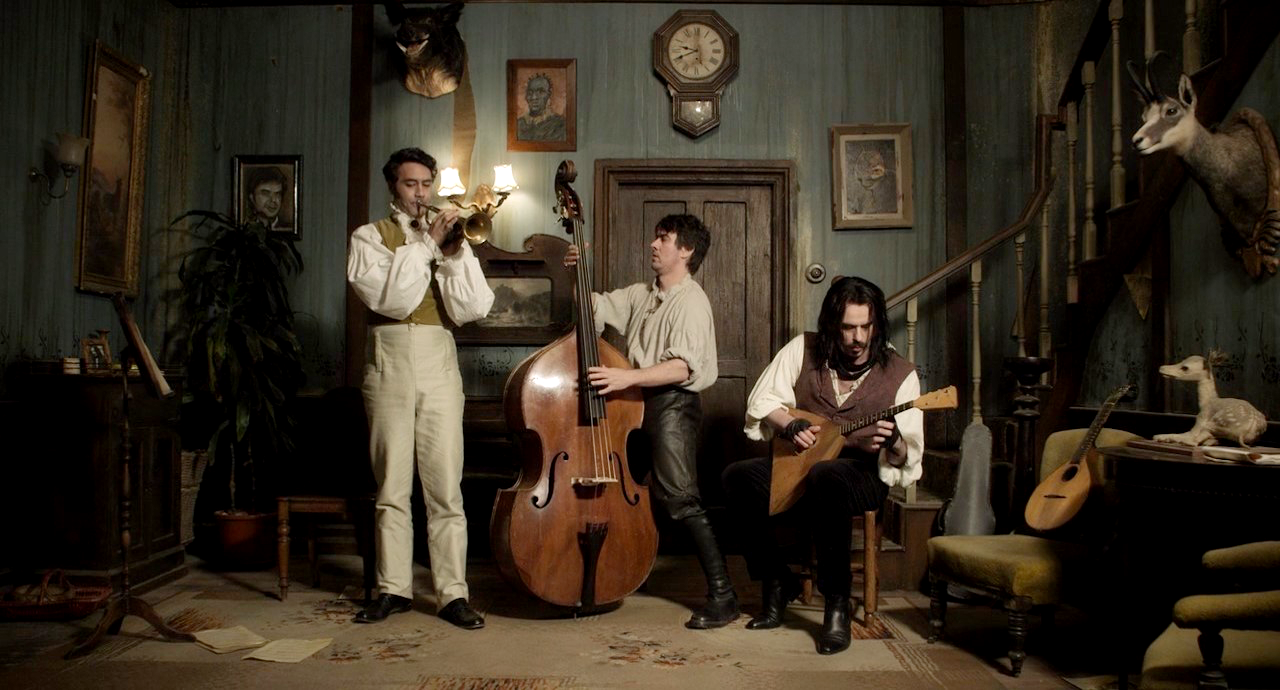 In What We Do in the Shadows, each vampire represents the era they belonged to yet their trouble in adjusting to 21st century life is a shared one, and is quite relatable. Camera follows the characters around like a silent observer, and captures all their idiosyncrasies concisely. Editing is expertly carried out, for its 85 minutes of runtime simply flies by, while the background score has a peculiar tone that smoothly fits the narrative.

The cast consists of Taika Waititi, Jemaine Clement & Jonathan Brugh, with Cori Gonzales-Macuer, Ben Fransham, Jackie Van Beek & Stu Rutherford in supporting roles. Waititi & Clement are just as brilliant in front of the camera as they are behind it, Brugh is equally devoted to his role, Fransham is a show-stealer as the 8000-years old vampire, Gonzales-Macuer does well with he’s given while both Jackie & Stu play their human selves convincingly.

On an overall scale, What We Do in the Shadows is one of the rare horror comedies that works on all levels, and is an extremely funny, wildly entertaining & thoroughly satisfying example of its kind. Fresh, mischievous & reinvigorating, it’s a rollicking roller-coaster ride that promises a whole lot of fun & effortlessly delivers it. Parodying vampires, zombies, werewolves & witches yet full of heart, warmth & zestful spirit, What We Do in the Shadows is a must for all those in need of a laugh. In a word: Hilarious!

What We Do in the Shadows Links: IMDb, Wikipedia