Blind Chance (1987): A Flurry of Missed Opportunities Amidst Turbulent Times: The first image that appears before the viewer is of a mouth wide open. The person is screaming at the top of his voice. The effect is jarring, and the connection (revealed at the end) is even more terrifying. It invites you to enter his convoluted world at this precise moment, which is going to jolt you out of your comfort. It sets a precedent for the oncoming onslaught of life-altering events comprised of divergent paths. One small step in the wrong direction could prove cataclysmic. This movie spares no one from the consequences of their actions, more so when it involves elite political structures whose foundations are virtually unshakeable. These minuscule bits compound over time, exploding at the opportune moment while we search for some semblance of its form amongst the rubble.

This film, directed by Polish maverick, Krzysztof Kieslowski, is about a young medical student, Witek, who has decided to quit his studies, having lost his vocation at the behest of his dying father. When he reaches the station to board a train to Warsaw, he runs into an old woman beggar and a drunkard waiting for his beer. Depending upon his reactions, three different variants of his life unfold. In the first one, he catches the train and meets an old man named Werner, a longtime communist. Influenced by his ideas, he joins the Party under the leadership of Adam. In the second one, he misses the train and collides with a patrolling officer leading to short-term incarceration. There he meets a member of underground anti-communist resistance (the solidarity movement) and becomes a catholic student activist. In the third one, he again misses the train but this time chooses to remain apolitical, resumes his studies, and starts a family with Olga, his girlfriend in college.

Throughout this film, we see the protagonist fighting for control over his situations, directly or indirectly. The outstanding opening sequence introduces the major characters who would influence Witek in the quest for self-actualization(the characters look directly into the camera while addressing Witek, brilliant stylistic choice to evoke intimacy). The recent loss of his father makes him susceptible to ideological charlatans looking for a suitable candidate to carry out their deeds. The appearance of father figures – Werner in first, God in second, the college dean in third, in each segment, reflects his innate yearning for a cherishable mentor. Someone who could fill the vacancy left in his life by showing him a torch to follow through. 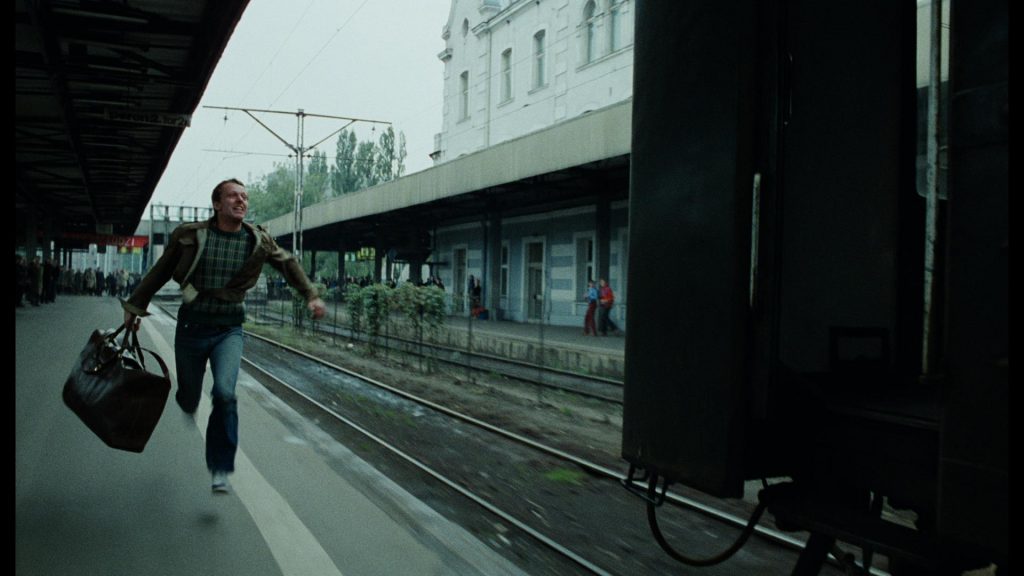 Grief has clouded his judgment and sent him on a voyage into the unknown sea. His ship dwindles in the turbulent waves of political struggles ingrained in the spirit of that era (late 1970’s Poland). No matter which side he lands on, the result is disheartening. Neither Werner nor God could provide him solace. Both the ideologies (Communism or Solidarity and God), irrespective of their inherent contradictions, are just part of a larger social structure built by humans for survival. He turns into a riddlesome pawn in the larger game of fortuitous moves. The existentialist approach taken by Kieslowski is more interested in the unseen players involved in the determination of people’s destinies.

Related to Blind Chance (1987): The Metaphor of the Aged People in Krzysztof Kieslowski’s Three Colors Trilogy

When he prays to God in the second scenario, he simply asks Him to be. It is the cornerstone of existentialist philosophy, where the living experience of human beings takes precedence over essence. The allure of reformation within the Party promised by Adam, his boss, hypnotizes him. The disregard for people’s welfare is clearly visible to him, yet he chooses to remain silent, sold on the false predicate of change. It’s only when he inadvertently reveals Czuska’s (his former high school flame and lover in the first scenario) involvement in protests that he gets truly disillusioned. Similarly, his faith in God shatters when he gets suspected of betrayal by his fellow revolutionaries. His intentions become irrelevant to his peers and colleagues in both situations, which leaves him to assemble the pieces scattered by the storm. The moral stance (essence) of Witek is the same – honest, upfront, straightforward, in all the three consequent scenarios.

Yet, his struggles are varied and multifaceted – pushing him to different extremes (existence). The turmoil is soul-crushing but essential for survival in those particular circumstances. The intricate connections between his family history and recent political developments in Poland – his birth year 1956 is the one in which a workers’ revolt had occurred, is purposefully crafted by Kieslowski. His friend Daniel, forced to flee the country in the anti-semitic purge of 1968, is reunited at an anti-establishment gathering. These events are not mere documentation of massive upheaval. They are a snapshot of the existential concerns of a malleable protagonist intermingled with social transformation. It is a carefully fabricated construct of role-playing where each action is held accountable in the court of preordained proceedings, dictated by an invisible entity. 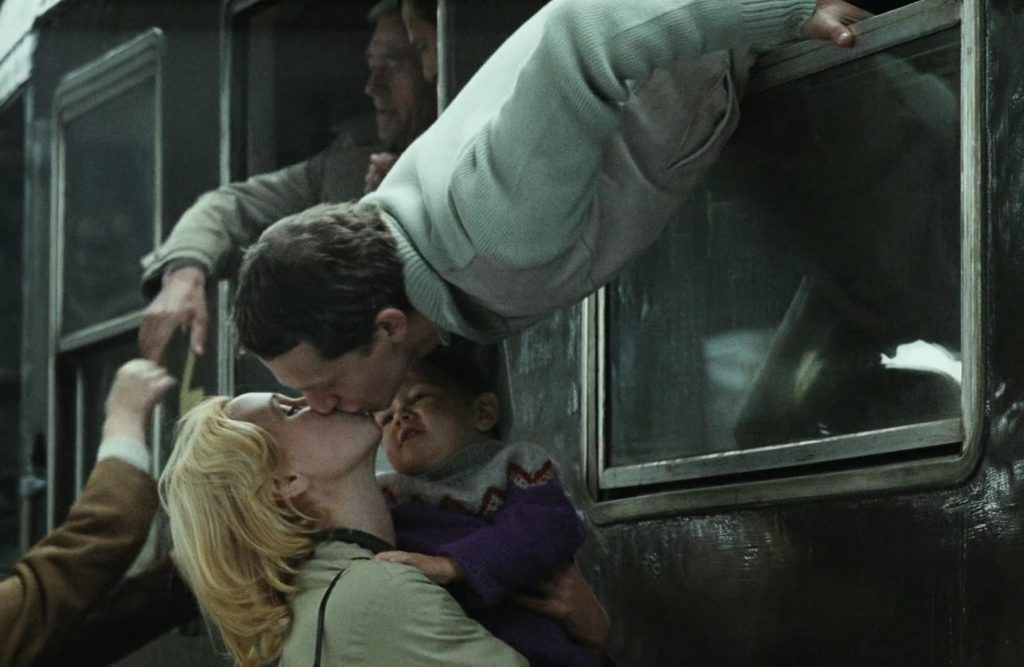 Then, it becomes really interesting to see that the last scenario, where he chooses to remain apolitical, results in his death. I don’t think that Kieslowski is trying to indict Witek by condemning him for his complacency or is inclined towards a certain political side. His metaphysical concerns outweigh the political thrifts imbibed in the undercurrents of the narrative propulsion. The transient social roles adopted by Witek in all the variants of his life turn out to be fruitless. The director is not making an entirely nihilistic statement but a factual one, where departure from the innumerable tribulations of life is more fulfilling than the masks adorned to combat them. The relentless tussle to steer the vehicle in your direction makes you incognizant of the person in the driver’s seat, leading to a devastating accident, which is fatal. Like the jugglers striving for perfection in the penultimate scene, the overseers of destiny continuously shuffle our decks of choices. The sprint to catch hold of the train’s door is a metaphor for our urge to get hold of our lives. But more often than not, our inaction also becomes a decisive factor in the shape our paths would take in the future.

Also Read: On The Lives of Veronique: The Miraculous Krzysztof Kieslowski

Blind Chance (1987) marks the beginning of the journey, which would become a lifelong obsession in Kieslowski’s career. At the end of this movie, Witek arrives at the airport, where characters from different variants of his life are also present. A similar scene would later appear in Three Colors: Red, where we see characters from the other two movies of the trilogy as the survivors of a shipwreck. Those people who acquired such prominent roles in Witek’s other incarnations are now just an extra in the final scene.

They represent the countless possibilities inherent in the daily living experience of every human being. The small lens through which we contend to view the world could never fit the field of vision of such magnitude. Yet we “chose” to live in this manner, leaving out all the other alternatives in a state of pitiable ignorance. Witek is wise enough to observe the spring, which bounces down the stairs and abruptly stops. He knows that his ultimate “fate” would mitigate the effects of all his efforts, like the stillness of the shriveled spring. The only scenario in which he loses his life is not due to his decision to remain apolitical. He still becomes a passive participant in the process when he chooses to go to Libya in the place of his Dean, who is unable to go as a result of his son’s involvement with the resistance movement. However, this time he is devoid of any dejection he had to suffer in those earlier variants of his life. In a way, he has reached a stage of fulfillment in his life, albeit for a brief period. The rising musical piece, which became an integral harbinger of all kinds of tidings, rises to a crescendo as we are left with a bittersweet assortment of mortality, free will, and fate – intertwined in an everlasting battle.