Mainstream Hindi cinema has undergone cataclysmic changes in the past decade, leading to amelioration in the overall quality and variety in the kind of films trundled out. While the cosmetic changes have been along expected lines, some fundamental departures have come as a big surprise not only for the industry but also for the audience who did not expect the Hindi film world to experiment successfully with offbeat themes.

The credit goes to the crop of writers who have inculcated a new sense of realism with a dash of humour and lighthearted banter to convey serious issues. This is an emerging trend because the Indian cineastes have shown a voracious appetite for new kinds of stories. Their maturity and exposure to all kinds of world cinema have instilled in them a sense of appreciation of home-grown fare.

Whether the entry of corporate houses augurs well for mainstream Hindi cinema in the long term or not is a matter of debate. Before analysing the demerits of the corporate culture in the realm of entertainment, it must be acknowledged that the credit for the introduction of the professional approach in Bollywood in the last decade must go to the corporate mindset. As the involvement of corporate entities in the business of film production gathered traction, the Hindi film world grew aware of the various possibilities to cut costs and keep films within the allocated budget.

While several directors construe the restriction on any kind of deviation from the bound script as a denial of creative freedom to improvise, it must be understood that the Standard Operating Procedures (SOP) have to be followed during the making of a film. The corporate players are ready to diversify their portfolio with multiple small-budget films instead of investing in a risky big-budget misadventure such as Thugs of Hindustan that sank without a trace.

One school of thought contends that film production is a business that cannot be handled well by MBAs as it needs people with a passion for film-making. While there is merit in the argument, it is the kind of content that determines the trajectory. Not every film is a showman’s dream project that requires lavish sets or the involvement of big stars. When the content is king, and good actors without any claim to fame can perform well, the involvement of corporate houses improves the quality of cinema. There is ample scope for independent producers as well as corporate players to co-exist and find their space.

While there is nothing new about actors turning producers, it is worth noting that they have been inspired by the business model followed by corporate entrants. Taking a cue from this development, actors have turned into producers with small films. A budget of Rs 3-5 crore is not likely to make them run into heavy losses. Lead actors, from John Abraham to Ajay Devgan to Saif Ali Khan, have forayed into film production, and the latest to join the bandwagon is Tapsee Pannu with her new outfit, Outsider films rolling out Blurr next year.

Related Read to Bollywood in 10 Years: The Performance of Toiletry: Two Bollywood Female Protagonsists and Self-Expression

Actors who did not get to essay meaty roles of their choice or work in films with unconventional themes are the ones producing their kind of cinema. During their heydays, they enter this business and their banner flaunts a good body of work by the time they are past their prime. Besides, being in the limelight enables them to garner media attention to their productions. In the last decade, there has been a healthy growth of unique content supported by producers and directors who blend social messaging with dollops of entertainment. They have established that entertainment is not a bad word when it is packaged right and there are new ways of doing that successfully for the young, mature audiences.

Road movies have come a long way from the days when Dev Benegal gave us Road, Movie in 2009. The last decade has seen a spate of road movies with journeys of transformation or self-discovery. Films like Highway (2014) and Karwaan (2018) have won critical acclaim. The latest addition is Shaadistan (2021) that rakes up the relevant social issue of early marriage in a patriarchal community and packs in references to sexual repression. The relatively new category, though popular abroad, has fetched encouraging response in the domestic market. Bollywood is now comfortable making films around death and grief – peeling off layers of fake attachment in relationships with biting humour. A decade ago, it was impossible to envisage Ramprasad Ki Tehrvi (2019) in mainstream Hindi cinema. As film buffs love to watch all kinds of cinema, we get films like Mukti Bhavan (2017) and Mohalla Assi (2018). 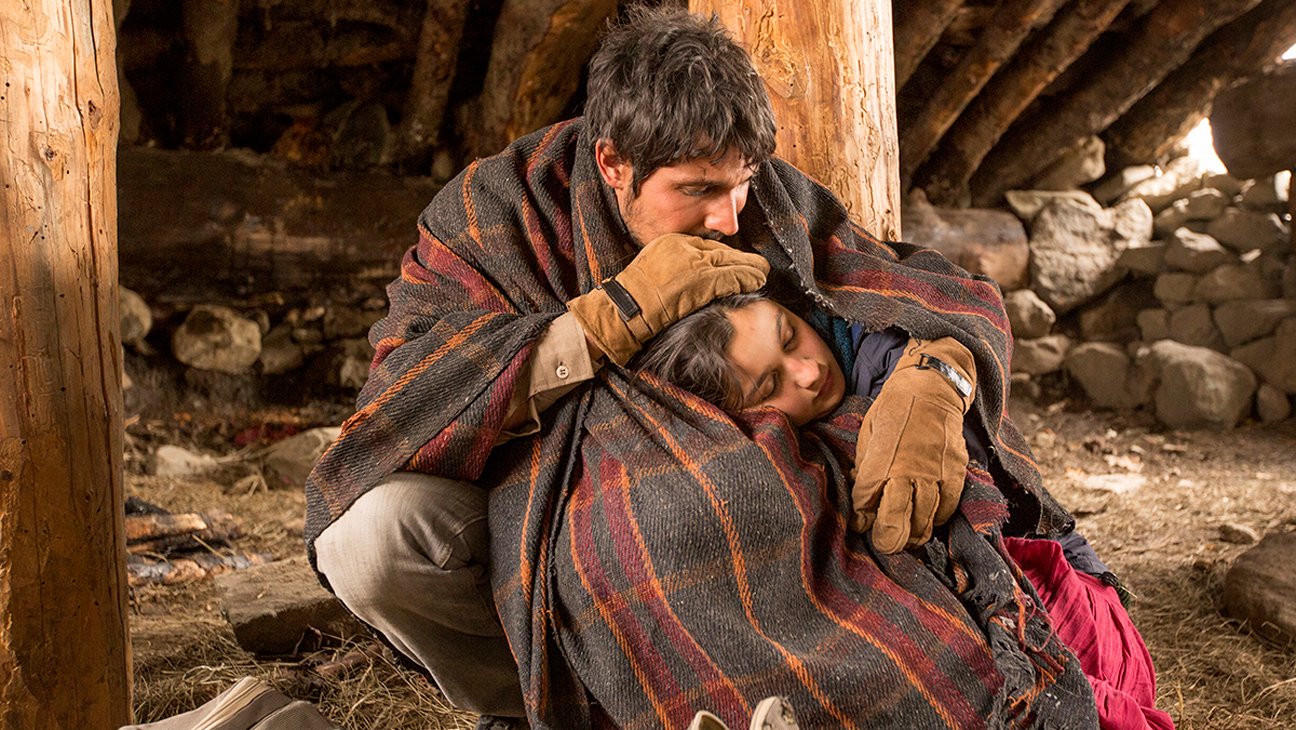 While political films are common abroad and box-office hits, the release of The Accidental Prime Minister in India in 2018 is a small step in making critical films on political events. Even though the film failed to strike a connection, it managed to recover its investment. This is the beginning of a new trend in Bollywood to deliver slick dramas on political machinations and Machiavellian politics.

So many films on mental illnesses are produced in the West every year. Academy-award winner The Father dealt with dementia in 2020. In India, way back in the 80s, we had Sadma (1983) exploring amnesia. But mental illnesses were mostly reduced to a sub-plot in the movies that came later. All mental disorders are not madness is something Bollywood is now mature enough to explore with sensitivity. It started with dyslexia and memory loss in films Taare Zameen Par (2007) and Ghajini (2005). Now it has moved ahead to discuss terminal illnesses and psychological disorders of various kinds. There are films like Margarita With a Straw (2014) dealing with cerebral palsy.

Sports became another powerful ground to explore once Chak De India (2007) showed the track to success. Biopic films on sports legends followed. Bhaag Milkha Bhaag (2013) and Mary Kom (2014) became inspirational films. Sports-based films like Dangal (2016) have shown there is a wide acceptance of such themes. Tales of inspiration and motivation have always clicked. Remember the 80s, when Sudha Chandran—starrer Nache Mayuri (1986) impressed the audiences with dancing skills despite an artificial foot.

Consider the last decade to assess how the entry of streaming platforms has moulded content in Bollywood. With Netflix producing fresh and authentic Indian content for global audiences, screenwriters finally got the chance to tell the stories sourced from their lives and those around them. Instead of merely adapting literary material, Bollywood has seen a bumper harvest of original storytelling done by the likes of Juhi Chaturvedi who scripted Piku (2015), Vicky Donor (2012), and Gulabo Sitabo (2020). Sexual themes such as impotency and surrogacy came out in films like Shubh Mangal Saavdhan (2017) and Mimi (2021). A decade ago, families couldn’t sit together and watch films based on such themes.

Bollywood is surviving and flourishing without a showman for more than a decade. The last claimant of this title was Subhash Ghai in the 90s who lost his Midas Touch at the turn of the century. Raj Kapoor was perhaps the only showman in Bollywood for decades but the media found a worthy successor in Ghai for this title after his demise in 1988. Eventually, Ghai lost the showman status when Sanjay Leela Bhansali became a claimant with his opulent Devdas (2002). But his string of subsequent flops did not keep him entitled to this title. With films like Sawariya (2007), Guzarish (2010), and Black (2005) not doing too well at the box office, the title of showman did not go his way. For more than a decade now, Bollywood has been functioning without a showman and doing well with good directors without any cult status.

A Surge in Patriotic Fervour

Films on patriotism and war have always done well. Manoj Kumar was the leading star who specialised in the role of Mr. Bharat. Even today, films on war do well. Uri (2019) made on surgical attacks was a topical film that was well-received. What has changed is that the audiences also want to see films on the impact of partition – Sardar Ka Grandson (2021) moved successfully in this direction. Like European films focus on world war crimes and rake up the past issues even today, to remind the young generation of the horrors of the holocaust, partition-related and war-related films in Bollywood tend to do a similar job. 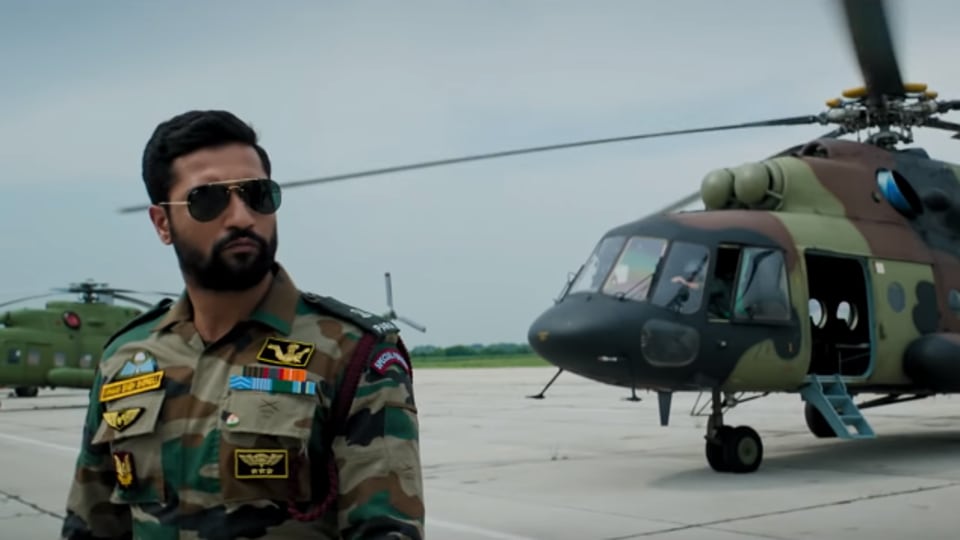 Films like Salman Khan’s Bharat (2019) are timely reminders of partition excesses. The last decade saw espionage films like Raazi (2018) doing well at the box office, highlighting the sacrificial role of women spies. Gripping war movies have found a wide base of followers as nationalism is traditionally loved by the masses. Bollywood is now trying to weave the partition issue in films through new ways. It is a welcome trend that should help strengthen the idea of India, to remind the youth of the making of India. As India inches closer to a century of freedom, the millennial generation has an inchoate idea of the freedom struggle. Bollywood films can help them connect with the past long forgotten in an entertaining way.

Bollywood has seen the launch of new senior actors playing the lead – not just aged leading actors in the lead roles. Now senior actors play the lead role in films like Kamyaab (2018). Superstar actors in lead roles also play offbeat characters. This experimentation in films like Cheeni Kum (2007) and 102 Not Out (2018) indicates that the 60-plus lead pair is here for the long haul. It is a refreshing change for actors who can play characters that suit their age. In world cinema, many actors above 60 years play the lead and the same trend has picked up in Bollywood.

Mature drama – without high-pitched melodrama – is a big and welcome change in Bollywood that keeps experimenting with old issues in a new format to see the scope of the revival of celebrated themes. With leading young heroines like Tapsee Pannu and Bhumi Phednekar playing elderly women roles in films like Saand Ki Aankh (2019), there is no taboo attached to wearing grey hair and they collectively fight against patriarchy to realise their dreams. To project an overweight, ordinary woman in the lead in Dum Laga Ke Haisha (2015) was another brave attempt to break the myopic outlook regarding the perfect size.

Female actors get different and strong roles penned by women screenwriters. Actors like Vidya Balan played many unconventional roles in films like Tumhari Sullu (2017), The Dirty Picture (2011), and Sherni (2021). With Sandeep Aur Pinky Faraar (2021), Parineeti Chopra took a big leap and pulled it off with aplomb. Grey shades in character are cool to handle and the fight between evil-type characters, one high and one lesser, is what Bollywood now offers. It is home to all kinds of storytelling now and nothing is forbidden or sacrosanct anymore.

Ultimately what matters is how you entertain with new trends emerging in Bollywood. It is good to hope for better content that attracts viewers and creates a balanced ecosystem in Bollywood where star-based films and content-based films can both survive and find viewership. There are indeed successful directors who can comfortably make small budget films but they cannot handle the pressure of big films. The size of the creative universe of the filmmaker matters in this regard. Hope the stardom-based system also loses sheen and rationalizes further to create a level-playing field for actors. Is Bollywood gearing up for a paradigm shift in the new decade?