Gulabo Sitabo is available on Amazon Prime Video: The origins of ‘Gulabo Sitabo’ go back to Uttar Pradesh. Created by Srivastava, Gulabo Sitabo were conflicting sister-in-law puppets which were used to talk about societal issues. Shoojit Sircar has tried to do the same.

In the very beginning, you get a sense of the world. The central character is Fatima Mahal (referred mostly as a Haveli). Kudos to Shoojit and writer Juhi Chaturvedi to keep the focus centered around the Haveli. The production design and cinematography manage to give the Haveli real essence trying to make audiences a part of it. Bricky and dust-filled atmosphere all around coupled with some dingy yet colorful walls. The aged Haveli is captured in somewhat muted ways by Avik Mukhopadhyay but it doesn’t lack vibrancy (A part of me really wished I watched this in the theatre).

Related to Gulabo Sitabo: October (2018): Love In The Time of Malady

Mirza’s (Amitabh Bachchan) predatory nature hints on his greed filled mind and heart. At every opportunity, the grouchy old man is trying to sell whatever he can find at the Haveli. His sole purpose of living becomes being the owner of the Haveli. So much so, that he can’t wait for his Begum (Farrukh Jafar), the true possessor of the property to pass away. His immediate struggles are presented facing off with one of his tenants Baankey Sodhi (Ayushmann Khurrana). Trying to make ends meet Baankey lives with three sisters and his mother and works at a ration shop. His lack of education is made clear as he always upped by one of his sisters, especially, Guddo (Shrishti Shrivastava).

Most of the first act of Gulabo Sitabo is spent establishing the personality of characters and the quarrels between Mirza and Baankey. This societal battle between landlord and tenant is presented with a subtext of greed. You’ll have to be patient with these clashes during the first half-hour or so. It felt like the film gears up with the introduction of ‘archeology’ government officer, Gyanesh Shukla (Vijay Raaz), and lawyer Christopher Clark (Brijendra Kala) as they take sides for their own vested interests. 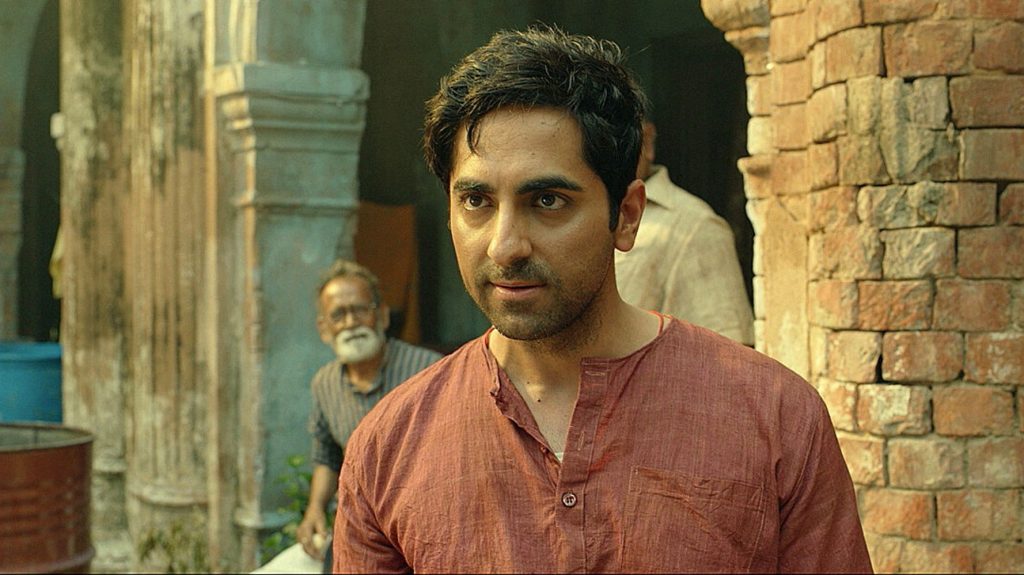 The rat race is tonally kept very subdued which often feels like a drag. The play on dark humor doesn’t quite pay off feeling inconsistent in the narrative. The nuances of greed keep showing up with characters and the final bit is bittersweet. You care to laugh a little at the plight of Mirza and Baankey as Begum gets the life she deserves. But the social commentary on how they lost the Haveli due to the corporate greed around them is equally heartbreaking.

What breathes life into Gulabo Sitabo is the performances. This is an ensemble in its truest form. The so-called ‘stars’ of the film, Amitabh Bachchan and Ayushmann Khurrana aren’t really the ‘stars’ in the traditional sense. They’re both ordinary and flawed people. Just like the rest of us. Mr. Bachchan manages to yet again nail an eccentric character. Something that he has specialized in the last decade or so. His character is tired but not his performance. Ayushmann has been in fine form over the last few years and manages to give an earnest performance. It may not be his strongest, but nonetheless, an honest one.

One may argue that the supporting cast is only called so because of the two heavyweights mentioned earlier. Vijay Raaz and Brijendra Kala get almost similar screen time with our so-called ‘leads’. They’ve been reliable performers of the industry and don’t hesitate to show their class as their characters really take over the narrative. The scene-stealer, however, was Shrishti Shrivastava. She dives into the effervescent and strong personality of Guddo and comes out as a victorious rebel. Even with limited screen-time, she was the most memorable. Farrukh Jafar also brought out incredible laughs every time she was on screen.

Juhi Chaturvedi is probably the most consistently brilliant writer of ‘Bollywood’. She has managed to provide some of the finest writing which caters to the audiences and critics alike. October might be the exception to this just because of its pace, but still, it was a solid script. She yet again manages to have flavor in her characters. Mirza is never presented greedy with a moral lens. He is just greedy. And he is greedy till the very end. Baankey’s confusion due to his lack of education and insecure nature is subtly woven. 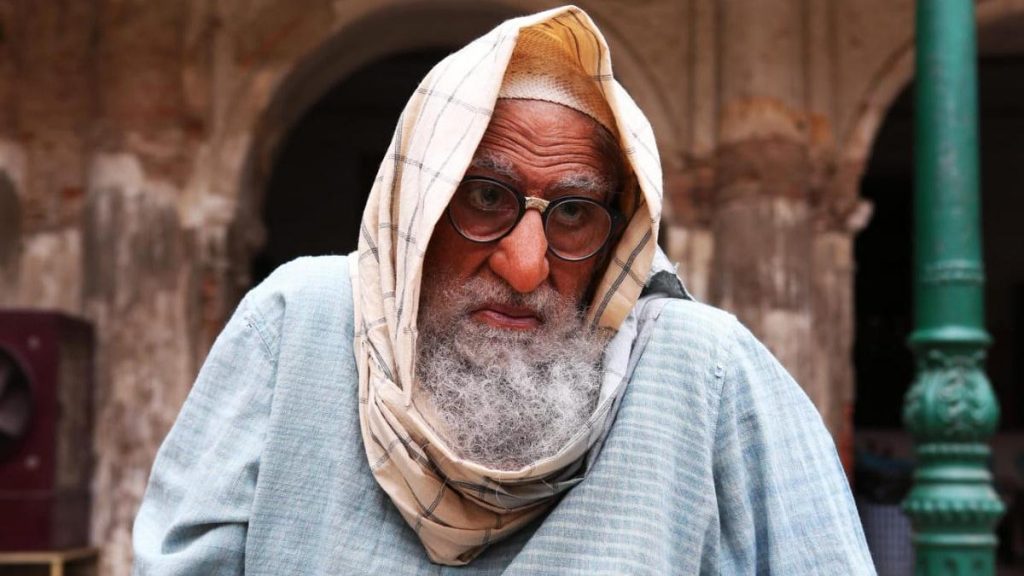 The final gut punch when his former mistress arrives at his shop truly hurts. Though a simple moment where he tells Guddo that wherever they go, they’ll stay together is heartwarming. It is a challenging task to build a narrative that wishes to comment on so much and yet makes it feel realistic and engaging. The female characters are not tropes present only to take the narrative forward for the men. They are the strongest characters in the narrative. Begum’s antics, while kept a secret, don’t come off as a surprise in the end as her iron-willed nature is pragmatic. Guddo is a no-nonsense academic who can fight for herself and her family and does a much better job at it than the faint-hearted Baankey.

The dialogue is authentic and the actors do justice in keeping its essence. While there are many memorable insults hurled through the film, a line that stuck was delivered by Faiza, Baankey’s mistress on intelligence: “Hai nahi, but hum bante hai, aur bante bante na insaan bann jaata hai”.  A great rendition of “fake it till you make it”. The humor is not contrived by dialogues nor is forced through jokes. It is mostly implied. It is hidden in certain lines and how characters deliver them. Some of it is in the situation. While not perfect, the writing does stick to making sure that the situation is coming out of character and not the other way around.

Related to Gulabo Sitabo: 5 Bollywood Women In Their Own Leagues

Dabbling between these different tones of dark humor, social subtext, and Haveli conflicts, the film gets muddled. The pace doesn’t click with the situation and you feel the angst to know things faster. Shoojit’s previous film October was melancholic but never struggled with this. Piku was also a character-driven drama but you didn’t have to put in an effort to be drawn into the world.

Gulabo Sitabo tries to hit the tone and pace between these two but struggles to do justice to either.  Music has been an important part of all of these films which viscerally always blends with the narrative. Shout out to Shantanu Moitra for a score that effortlessly complements the situations. Gulabo Sitabo, while rich in themes and characters, just lacks the execution in direction and editing to keep a 120 mins narrative accessible to the audience.