The Performance of Toiletry: The act of performing ‘toiletry’ or the act of grooming and cleaning oneself using items such as toothpaste, creams, cologne etc is classically used as a preparatory act in cinema. It has been used to introduce its protagonists in some cases; while in others, it has gone forward to signify the strata of intimacy between characters sharing the same space during their performance of toiletry. I must clarify here that I call the act of grooming oneself a performance because cinema seeks to transform this everyday human activity into a ritualistic event with specified connotations.

In Padosan, a 1968 comedy directed by Jyoti Swaroop, Saira Banu’s character, Bindu, the female protagonist, sings and acts silly as we see her getting cleaned and dressed at home. It quickly recalled to my mind Madhuri Dixit’s character called Nisha in Hum Aapke Hai Koun..!, a very popular romantic drama directed by Sooraj Barjatya from 1994, who jostles around in her room singing the silly ‘Ice Cream Lime Juice’ song as she gets dressed to leave with Prem, the male protagonist played by Salman Khan. I realised that in Bollywood, this performance of the toiletry ritual for the female protagonist might hint at a freedom of expression that she otherwise lacks in the purview of the patriarchal set-up, especially in both these movies which are religiously devoted to marrying them off to ‘suitable’ men and declaring their story as a tale of happily-ever-afters.

Related Read to Performance of Toiletry: Mise-En-Scene in The Wachowski Siblings’ V for Vendetta

When Bindu sings ‘Bhai Batur’ in Padosan, the audience casually perceives this as a plot filler that doesn’t contribute much to the scope of the plot, except for stimulating Bhola’s (played by Sunil Dutt) curiosity in his melodious neighbor. The title of the movie promises to make this same melodious neighbor the subject of the plot. Sadly, she is reduced to an object of attraction for a group of men, a prospect of marriage for her mother and an outspoken, ill-behaved woman for her neighbor. We see Bindu navigating the male gaze and the overbearing patriarchal set-up around her throughout the movie. She is haughty, sarcastic and mostly fired up in rage. It is only in this particular song sequence that we see her character differently. 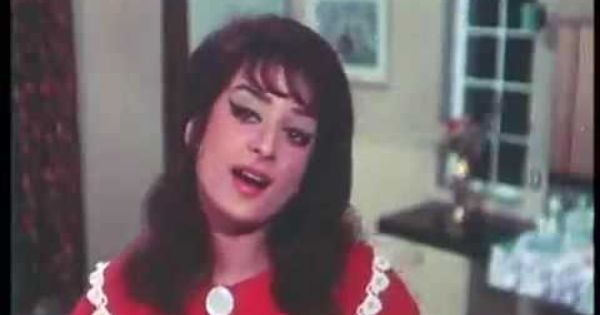 The song goes on to reflect a sense of freedom in the way she sings it while continuing to groom herself. She acts silly; she admires herself in the mirror, flops down on an ottoman and twirls in her white nightgown. The lyrics of the song do not betray this silliness as well. She is a young woman proud of her blooming youth and sings of the desires that arise in her (follow that part of the song where she says: chaayi jawani aise jaise/nadiya ho bharpoor. This literally translates to her singing that her youth has blossomed like a river at its high tide. Both waiting to spill over).

It is a song where Bindu is not only acting out her thoughts but also practising self-care. Her song doesn’t place any male admirer as its subject. It addresses a ‘bhai’ but the lyrics revolve around herself. It is also important to note here that her potential admirer and husband, Bhola, can only hear her perform this act from outside but is not allowed to transgress into this scene. Hence, he remains an outsider to her freedom and the space of her room is transformed into a safe space, carefully guarded against the male gaze. It is only after the song has ended that they come to find out about each other’s presence as neighbors.

Related Read to Performance of Toiletry: Anatomy of Taxi Drive Scene – “Late For The Sky”

In Hum Apke Hai Koun..! (HAHK), the ‘Ice Cream Lime Juice’ song is popularly believed, and choreographed, to look like Nisha is swooning in love for Prem (the name is no coincidence). But if we pay attention to the lyrics of the song, it will be noticed that Tina is actually singing to acknowledge how she has grown up from being a child to a young woman and claims to be standing at a strange juncture of her life ( she sings ‘yeh kaun sa mor hai umra ka’ as a repeating chorus after each stanza). She dances around, addressing jars of toffee and candies while grooming herself. It is uncannily similar to Bindu’s form of expression of herself. 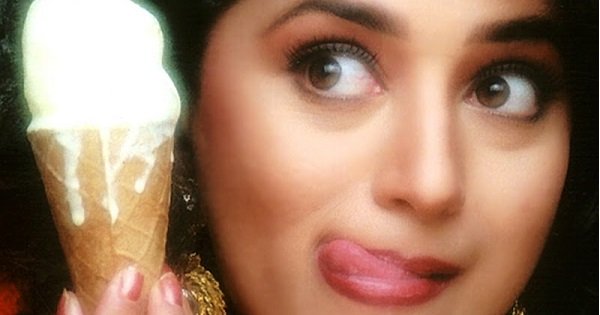 While this movie is not obstinately trying to get Nisha married, unlike Bindu’s mother from Padosan, the seeds of a love affair are planted right at Nisha’s sister, Pooja’s wedding functions, and it quickly blooms in the course of the narrative. Tina is fun and bubbly when associating with her family and her sister’s in-laws, and flirtatious with Prem. However, the freedom she expresses in her dancing while daydreaming is not seen anywhere else in the movie. Again, the audience tends to perceive this song as a plot filler. It is considered to be the height of fun that both Nisha can indulge in right before the crisis in the plot arrives and her life is stifled not only with the pain of having lost her sister but also with the family’s unanimous decision to get married to the brother-in-law, Rajesh, for the sake of her nephew, thus, also forcing a heartbreak. Like in Padosan, Prem can only hear Nisha sing and while he indulges in a little dance and tries to sneak into her space, he cannot completely invade into it. In fact, when his form appears to her in a fanciful daydream on the mirror, she is seen trying desperately to erase him out of the space, bursting a literal (and metaphorical) bubble in the process.

Both the characters, Bindu and Nisha, in their dancing and singing not only claim their freedom and space for themselves, but they also manage to secure screen time exclusively for themselves. We are talking about Bollywood movies from the late 20th century so it should not astonish us that these movies used a female protagonist to ideally complement the male protagonist and the family set-up. It must be asked then, why should the performance of toiletry be exclusively reserved for this self-expression? The answer is simple: It requires the female protagonists to distance themselves from the eyes of the world (and the man) and to disappear inside their rooms.

Both the songs are sung by Lata Mangeshkar and encapsulate a sense of fun in them. The songs, as well as the scenes the songs feature in, are of greater significances and they deserve to be looked closely at, even studied, to understand how they lent a helping hand to establish a well-rounded character of both Bindu and Tina in the respective movies.

Top Malayalam Movies Of 2020 and Where to Watch Them Online