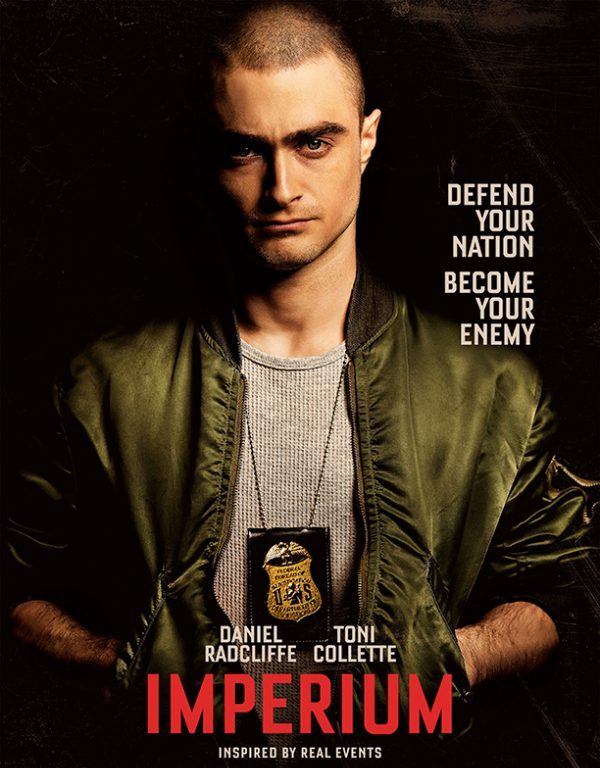 Daniel Rasgussis’ directorial debut “Imperium” is not just a pulpy thriller about American neo-Nazi organizations. Yes, the plot’s inherent pulpiness stops it from delving deep beneath the surface, but we got to acknowledge a nicely etched-out surface, which isn’t a one-dimensional expose on the filthy mindset of white supremacists.  On one hand, the film talks about how the top governmental guys process disruptive information by fitting them into a familiar framework (based on their personal beliefs and prejudices) and on the other hand, it observes the essential ingredient of fascism – ‘victimhood’. Is “Imperium” an well-contrived story on the terrorist threat America faces in its own backyard? Although its generic staging at various points makes us believe that it is about domestic terrorist threat, it isn’t. “Imperium” tell us what a bully America is and how by being the greatest bully on earth, it creates victims within its nation and outside.

It is the nature of a bully to be a provocateur rather than being an observer. So, the film opens with the top American agents, committing a laughable act of provocation. Smart rookie FBI agent Nate Foster (Daniel Radcliffe) foils an impending terror attack in Washington D.C. The alleged mastermind – an African Muslim immigrant – looks unnerved when he parks the car with explosives in a populated area. When this mastermind is interrogated after getting caught, he says that he planned the entire attack based upon the materials and ideas bestowed by his abettors — American undercover operatives. FBI is baffled by this clear case of entrapment, where a man with extreme belief is incited to commit extreme action. This little episode gives an idea about how American imagination sees or creates terrorist threat where none existed. Soon, there’s news of disappearance of six canisters of cesium from North Africa (which might have been shipped to USA to make ‘dirty bombs’). FBI bigwigs raise red-flags and plans to infiltrate into local Muslim communities. However, a brash veteran agent Angela Zamparo (Toni Collette) firmly believes that the disappearance is connected to popular right-wing group, run by a convincing hate-speaker Dallas Wolf (Tracy Letts).

Zamparo chooses Nate Foster to infiltrate the neo-Nazi group and find out the missing radioactive material. She has chosen Nate not just because of his smartness. The reason – a very simple one – is revealed in the end. Nate shave his head, poses an Iraq vet with expertise on chemical weapons. He is a good book reader and sponges up everything said in Mein Kampf to Francis Parker’s ‘Imperium: The Philosophy of History and Politics’. Then the infiltrator follows the usual drill: he makes friends with a guy at lower level, and by being a smart, cocky guy he moves through the levels. Soon, he is hobnobbing with diverse white nationalist gangs. The gangs aren’t full of men going on and on about Zionist conspiracy and White Genocide. There are also the suburban families, full of teachers, lawyers, and police, leading an ordinary life and conducting a barbecue party, serving delicious cup-cakes with a Swastika frosting. 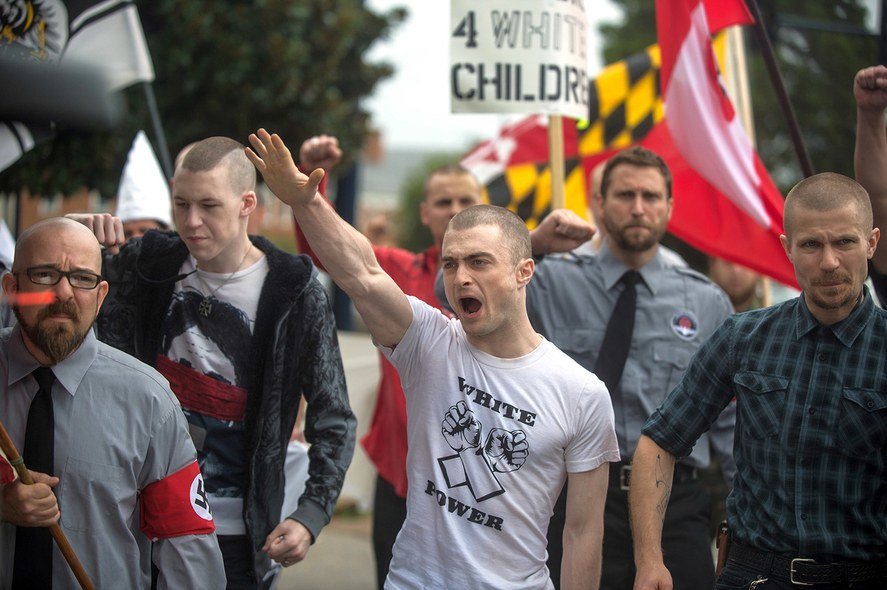 Nate meets an ideal family man Gerry (Sam Trammell), whose bigotry is concealed deep beneath an outer, innocuous. In a casual chat with Gerry’s children, Nate asks about the tree-house in the backyard. The 10 year old boy says “it is to protect us when the mud people come”. Now, that kind of thought seems really scary. More scary than big, skin-heads shouting ‘white power’ and installing ‘burned crosses’. “Imperium” is at its best, when it traverses through such terrifying and conflicting structures within the extremist organization. The narrative threads seem elegantly entwined when it remains enigmatic about the thoughts and actions of white supremacy groups. Alas, this elegance is lost when the film tries to be a conventional thriller, cooking up a generic resolution and a loud message. Or may be I should be thankful for the elegance in what’s otherwise a mainstream thriller.

A fair amount of suspension of belief is necessary to enjoy the film’s dramatic developments. The way Nate moves quickly upward through the organization and the way he disentangles himself from the strong doubts aren’t always convincing, but it has certain engaging pulpy characteristics. Rasugssis’ script does possess some sharp dramatic moments and words. The supremacists rant about the ‘Jew tax’, and Gerry’s comment on music of Brahms, Tchaikovsky, and Leonard Bernstein are some of the well-crafted interactions. The best of all must be Wolf’s conversation with Nate’s FBI supervisor Zamparo. The sequence starts on a menacing note and ends up being a wonderful farce. Rasgussis’ script eventually falters, when it shifts from emotionally murky territory to a give a clear-cut Hollywood ending. The deception or the manipulation, necessary for narrative engagement works perfectly due to the casting of Daniel Radcliffe as Nate. He is able to pass on the frustration of not being able to perceive the layers of duplicity, in the pursuit of evil. He remains as a good guide for taking us in to an extremist gang, which we (like the character himself) thought of to be a simpler one.

“Imperium” is really good for an extended period of time, when it transcends the inherent generic nature of a ‘FBI-undercover-agent-infiltrating-neo-Nazi-gang’ plot-line. It provides an engaging perception about the extreme political spectrum.