Silence (2016) Review: To make something ambitious, actually happen, it takes love, talent, and dedication, and Silence lavishes it as something that anyone can have. The ambition reflects on wanting to address a theme that the book of Shusaku Endo released in 1966 deals with one of the best ways seen in the literature, is not that Silence is considered one of the greatest novels of the twentieth century, and the largest of Endo. The film impresses a sensation so identical to that of the novel thanks to its founder: Martin Scorsese, an Italian-American who was created in the mold of New York Catholicism.

Scorsese’s love for Endo’s work came when an archbishop, at the time of his film The Last Temptation of Christ (1988), gave him a copy of the book, and on his way to acting on ” Dreams ” of the supreme Akira Kurosawa, Martin completed the reading of it. With a first draft of the script written with Jay Cocks in the early 1990s, that was not enough, lack of funding, involvement with other projects, and some legal issues were factors that made the feature not come out so early. It was only in 2016 that Scorsese’s so personal project was able to reach the cinema screens, and I say with conviction, the wait was worth it.

Our Original Review of Silence (2016): A Flawed Masterpiece

The personal elements inserted in the film by Martin show that he was not worried about winning prizes or making a movie for the general public, but rather adapting a book that he has a passion for and celebrating what cinema is, art. Some striking features of the director have not come to the forefront here, such as sequence plans, but others such as violence, slow motion, and amorous disillusionment (which is used in one of the most different and genius ways in movie history) appear in a controlled way and are exceptionally well-conducted and written.

Even the soundtrack not having a constant presence, the subtle use of it is charming and matches very well with the certain environment that the scene is going and how it is lead by the director (emphasized to the credit track, which is not exactly a song, but it is very harmonious). With the support of the editing and the script, the direction throughout the film begins to take a more dynamic form, even having a slow pace is justified, and that can frustrate some people, especially if it is a movie with two hours and forty-one minutes long. 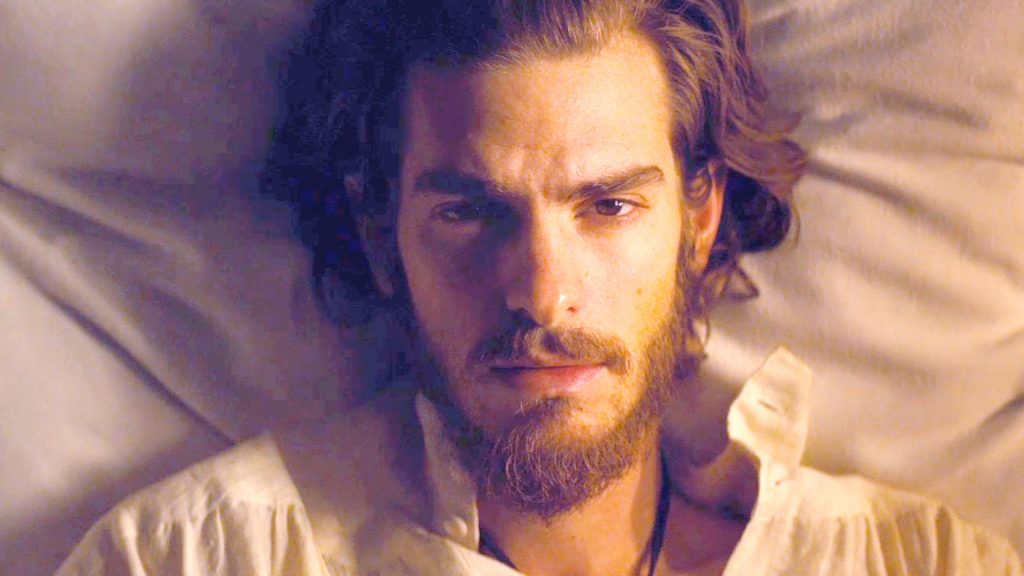 Martin and Jay’s respect for original material, the main virtue of the script is to fully grasp the essence of the words and feelings of the characters. Even in the calmest voice possible, the construction of phrases, and how they are used in dialogues between characters and narration, demonstrates the most impetuous feelings a person can have. The clever use of flashbacks exposes the pain and suffering of the characters in a way, which along with the direction and photography, give an elegant air to those moments, but which reflect cruelly in the head and heart of the viewer. The bow of each character is a development class from well-written dialogues, striking moments, and reliable characterization.

The identity of a film is not only based on what focuses on the history, but also on the visual, and in the case of Silêncio, Rodrigo Prieto opens a range of possibilities for the feature to have a beautiful photograph, the use of fog is the best made in cinema, the use of the color palette is varied (in certain moments where the location has an exuberant beauty or there are many objects, the most vivid colors stand out, and when there is closed time or night, dead colors are the protagonists). Closer plans to emphasize the actor’s expression is raw and without much camera movement, and the more open plans give a stunning view of the location.

A genius direction, a meticulous script, and fabulous performances. To start talking about the very committed cast, I’ll start with the Japanese part, where we have Yōsuke Kubozuka who plays Kichijiro, a character where you can not put much credibility, but his development inside the plot until the end of the movie, a mixture of feelings towards the character, all thanks to the physical and psychological commitment of the actor and the script.

Issey Ogata perfectly demonstrates how Inoue’s mind works, where at first we dislike his ideas, but with the passing of the film, we understand what he thinks – even if he does not agree with certain attitudes, and even support part of his ideals. Liam Neeson has not very big participation on the scene, but they are omnipresent throughout the show, the evolution of Ferreira (which is the character that most makes the spectator reflect alongside Rodrigues) is evidenced by the expressions, presence, and voice of Neeson, the bow of the character is splendid. 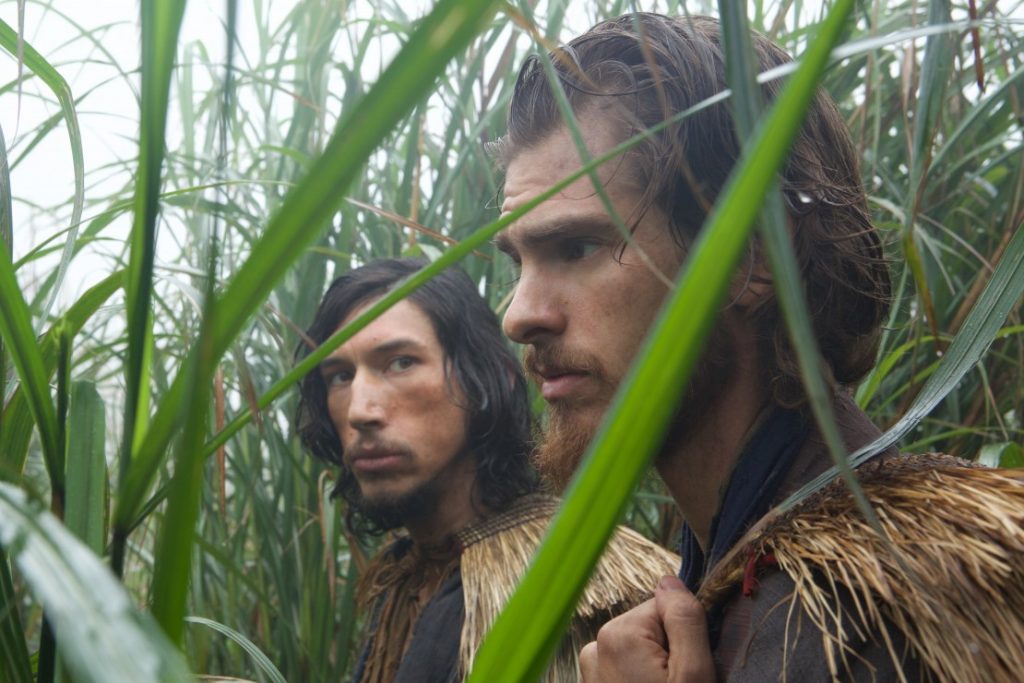 Adam Driver gives us a mature, severe Francisco Garupe, and at certain moments without expression, but his motivations make us have greater sympathy for him, especially for his last scene, where we see your emotions and beliefs protruding everything.

We finally got the star of the cast, Andrew Garfield, where he is in the best job of his career. Before talking about Sebastião Rodrigues himself, I want to emphasize how Andrew managed – just like the whole cast – to commit himself to the physical part, he lost a lot of weight for the character, and let his hair and beard grow to give Sebastião a greater identity.

Related To Silence (2016): A Personal Journey With Martin Scorsese Through American Movies (1995)

Rodrigues is a protagonist who uses words with a religious conviction and apparent arrogance, but during his thoughts, he is just the opposite, taken from uncertainties, he makes it clear when he puts out his feelings as the character’s bow is forming. Anguish, fear, and doubt are thrown in your face by Andrew’s moving, reflective, and unforgettable performance.

Silence (2016) is a movie that deserves to be celebrated as a milestone in the history of cinema, but that should not only be seen, it must be experienced, reflected, and appreciated. Going to the movies, sitting and watching do not come close to what is necessary to extract what the film wants to pass you there is no way you can have everything the film offers you because it is not just for today, it is for the life. I could be frustrated at not being able to have everything the film provides, but I’m not, I know that over the years, Silence will remain in my memory, from the day I watched, until I can not think anymore.