Home»Reviews»Look Away, Look Away [2021] Review – An objective albeit broad documentation of racial hatred
Reviews/VOD

Patrick O’Connor’s 2021 documentary “Look Away, Look Away” opens and closes with two very powerful and disturbing events that earmarked racial hatred in the past decade. With broad strokes, O’Connor looks at the horrific murder of 9 black churchgoers at the Emanuel African Methodist Episcopal Church in Charleston, South Carolina. Dylann Roof – the 21-year-old young man who was responsible for this horrific display of white supremacy was caught on camera gleefully waving the Confederate flag as some kind of symbolic gesture for his act.

The act of killing by the young man sparked a cry down South with a majority of the population wishing to erase the existence of the said flag that was always a representative of racial hatred. While some of the states blatantly criticized the flag, taking it down for good, the state of Mississippi failed to budge. Since the state largely consists of southerners who have a special relationship with the flag – a symbol and homage to the soldiers who died fighting for the Confederacy, the idea of taking the flag down became a fight between inadequacy and offense.

Also, Read – LAST FLAG FLYING [2017]: HAPPINESS, SORROW AND ALL THAT’S IN BETWEEN

The documentary largely looks at the state’s stance on the flag as a whole. Narrated by director Patrick O’Connor himself, the film chooses to open with quotes about flags & symbols with people talking about their overall outlook towards slavery and white privilege. The structure of the film is formed by these quotes that are intermediately cut to debates & discussions and rallies & protests to present an objective look at where America stands. 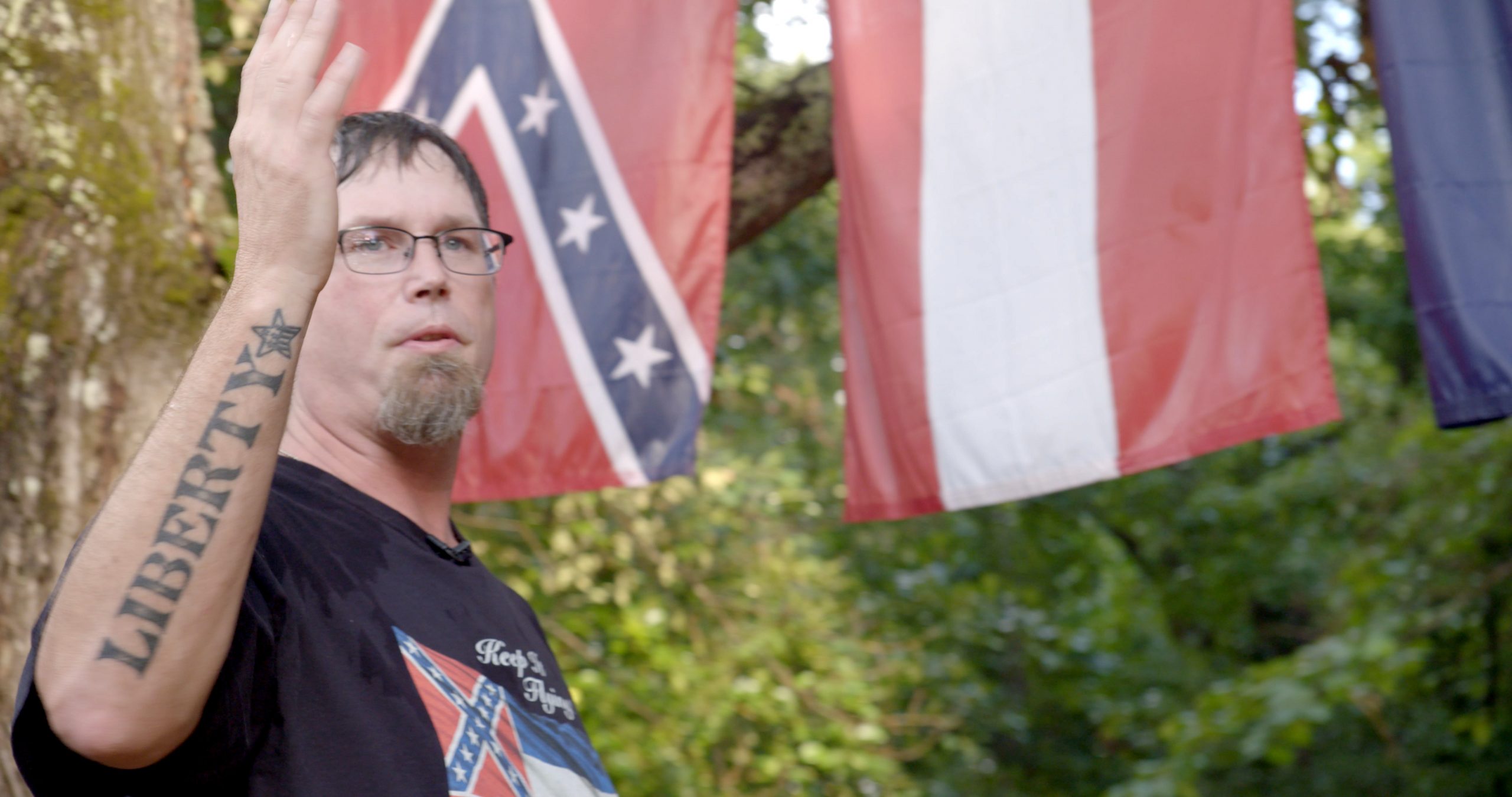 The fact remains that, in spite of the film’s complete focus on the state of Mississippi and the people in it, the larger picture is what’s important. The last leg of the film dives into the way George Floyd was treated in the wake of the pandemic by the American white supremacist police. While Black Lives Matter sparked nationwide protests, the Confederate flag spurred back to the limelight after almost 5 years of constant fights from major groups in the state of Mississippi.

While it’s a politically charged narrative that the documentary deals with, one can’t help but notice that Patrick O’Connor’s treatment is pretty generic and familiar. The impact the film could have had on a viewer is majorly diluted by its inconclusiveness and overreliance on being subjective. The film is also not tightly knit together and much of the intensity that its many challenges could have evoked is surprisingly blurted out of the screen.

The result is an important documentary that never fully realizes its potential in spite of the fact that one simply can’t dismiss that racial hatred is real and a large part of America still sits in their privileged homes dismissing avoiding talking about it. “Look Away, Look Away” is actually asking those privileged individuals to look beyond their fragile egos and associations with wrongful past, to lead and understand the diversity that defines the human race.

The Power of the Dog [2021] Review : Jane Campion returns to shake up the Western genre in one of the best films of the year

'Shang-Chi' is a Marvel Superhero With Daddy Issues