Kosovo-born, LA-based writer/director Antoneta Kastrati’s ‘Zana’ is her feature-length debut. After a decade long career in documentary filmmaking, Kastrati dives into the haunting traumas of Kosovo war. The film follows the life of Lume (Adriana Matoshi) – A middle-aged women struggling to conceive a child while being constantly conflicted with nightmares of the past. Zana is both a heartbreaking portrayal of contemporary issues that prevail in the country and the shattering truths of war.

Partly an extension of her own short film Kofja e Zbrazet (2011), Antoneta Kastrati’s film steam out of a nightmare. Disturbed by night terrors and post-traumatic stress, Lume’s life is not easy. While she struggles with her nights, her days are spent dealing with her inability to conceive a child. Living with her husband, Ilir (Astrit Kabashi), and mother-in-law, Remzije (Fatmire Sahiti), Lume’s days go by in hospital visits or other strange alternatives. Remzije prefers trying any hook and crook to get Lume pregnant. This involves taking her to healers, saints and even people who perform black magic.

Similar to Zana – Henry Glassie: Field Work [2019]: ‘TIFF’ Review – A Wonderful Visual Diary of the World And Its Inhabitants

Lume, though distant about these visits decides to go on because her mother in law threatens to bring a younger, more suitable alternative wife for her son. This brings Lume in a state of complex confusion. She is neither able to understand why her night terrors keep coming back, nor does she manage to make anyone understand. This brings us to an everyday truth about a society governed by men and their decisions. It brings out a blatant truth that people would much rather believe in jinn, demons and black magic than talk about traumas and mental health. 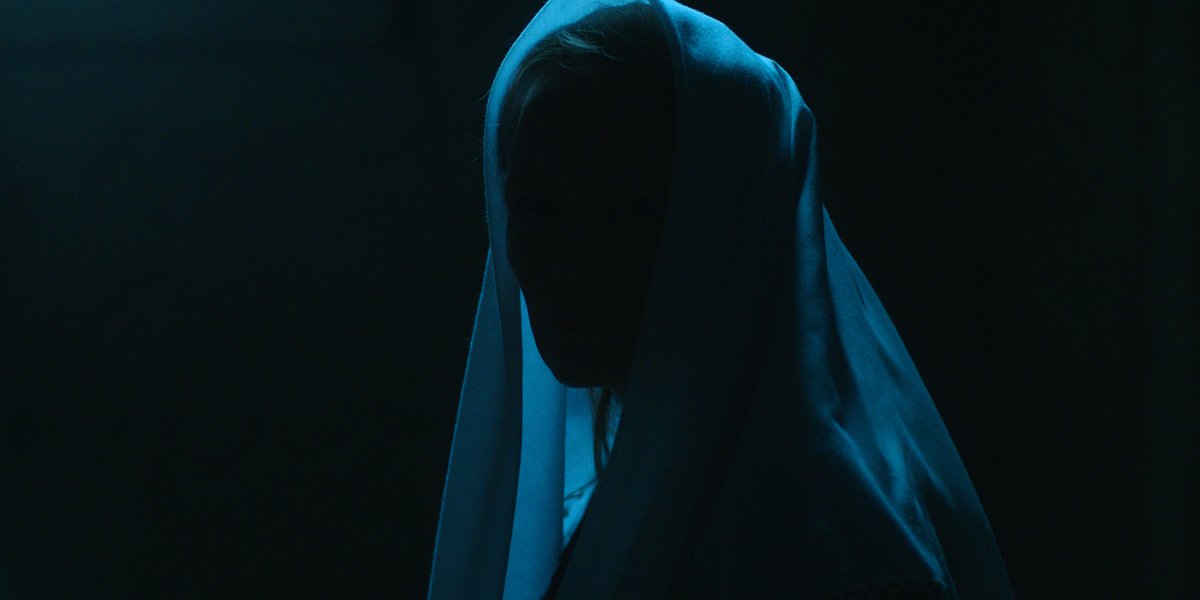 Antoneta Kastrati brings out the ugly truth that comes out when people can’t pinpoint reasons for any kind of mental instability. The quest for any kind of answer still blinds their supposedly intelligent persona to believe in almost anything presented to them. Zana is about these limited choices that are provided to women in a patriarchal society where healing from traumas is never considered as an option. This puts them forth as only child-barriers resulting in a non-existence identity beyond exactly that.

Kastrati paints a vivid, serene overview of the village the film is based in. The lush, naturalistic setting shows that on the surface, the war has gone away and the people have moved on. But the darkness comes back to people who were a witness of its brutality in strange ways. The director often uses, natural light when she portrays her waking nightmares through Lume. So in spite of their occasional surreal undercurrents, their existence feels pretty much realistic.

Adriana Matoshi (who was last seen in this year’s brilliant Aga’s House), is the biggest asset of Kastrati’s unconventional drama. She is a woman who has drenched herself in grief for so long that she no more understands what life could be without it. Her sadness of having lost a child emits out of every frame. Her screen presence is so magnetic that you can see a mother’s ailing heart and a woman’s mental turmoil splatting right in front of you.

Zana marks a strong feature-length debut for Kastrati. Lensed by Sevdije Kastrati’ (the director’s sister), the film becomes an intimate, immersive account of post-wartime traumas and the heartbreaking story of motherhood.

Henry Glassie: Field Work [2019]: 'TIFF' Review - A Wonderful Visual Diary of the World And Its Inhabitants