Posham Pa is directed by national award-winning director Suman Mukhopadhyay and is based on true events from the life of serial killers Seema Gavit and Renuka Shinde. The story focuses on how the siblings, along with their mother, went about kidnapping children from the street and ran a pick-pocketing ring. Further, they went about killing these children if and when they were found useless or troublesome. On the surface, or possibly the blueprint, the story sounds intriguing with enough ingredients for a thrilling tale. And indeed, some of the scenes are shot beautifully to bring about the thrill and if not, then shock for sure.

The story begins with two documentarians, Nikhat and Prabh, who visit the jail to record statements from the accused and are led to bring to the audience varied perspectives of how these murders happened. Nikhat sides with the younger sister, Shikha, deeming her to have been a victim of the situation. Prabh, on the other hand, believes that the older one, Regha, has something to share that would connect the dots for them. The mother, Prajakta, is dead and her ghost haunts Regha, all the while threatening her to let sleeping dogs lie. Along the way, there are various versions of what might have transpired that come to light through the statements from neighbors, relatives, etc. In all this mish-mash of a narrative, the audience gets to witness various theories about the actual events. The only link, which probably kept haunting me, while I was watching the film, was the big ‘why’.

The film runs into a little over an hour and the narrative moves from past to present events. Exploring the dark elements of the characters, the film is full of scenes of their brutality, blood, and gore. This gives it an edge, something to the likeness of some other films we may have watched on serial killers. However, in spite of the brilliant cinematography, it somehow does not rise to the level of a psychological thriller where we get a peek into the mind of the killer/s. And a lot of it is attributed to the confusion created by the alibi of various people including the perpetrators. Which eventually drills down to the unexplained ‘why’. Delving into the psychological aspect of that element would have strengthened the film a lot more. 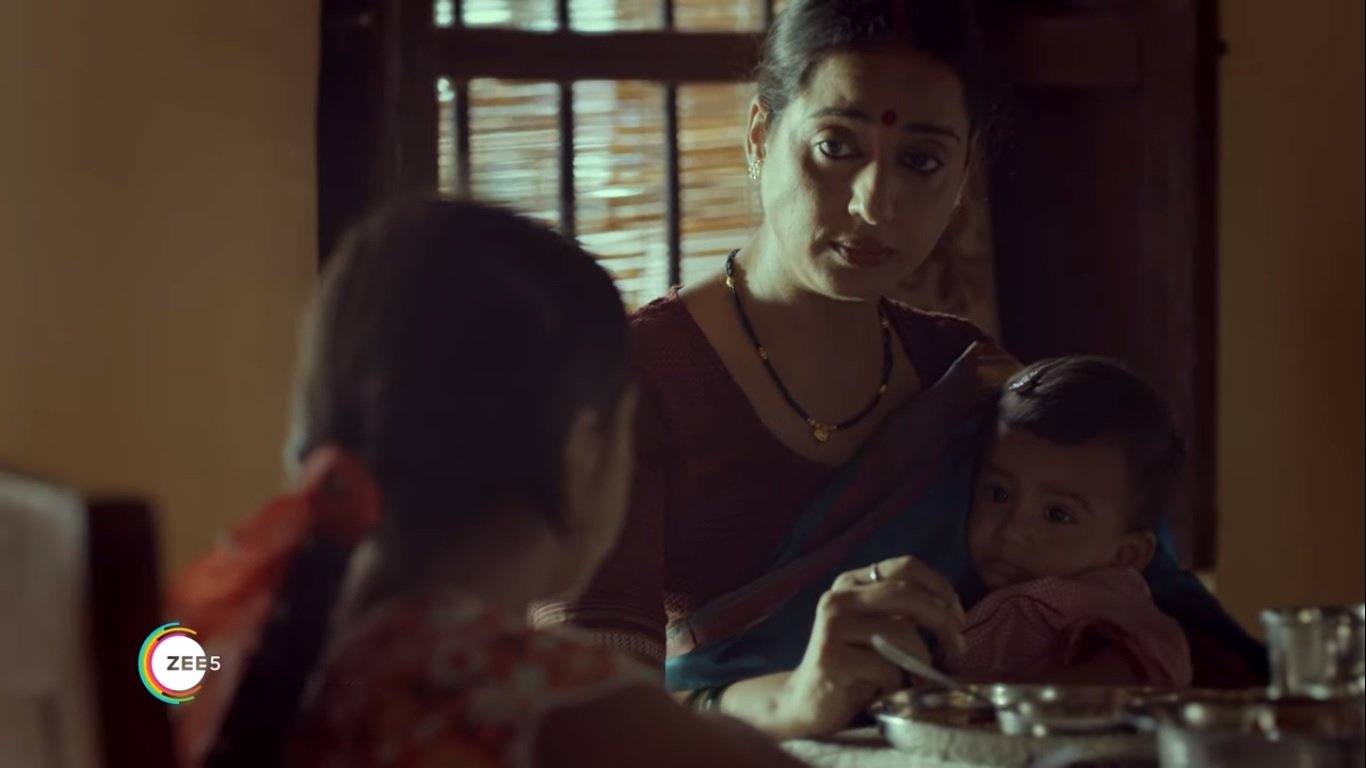 But all is not lost here. The winners of the film are the cast. Mahie Gill as Prajakta steals the show. She has been given enough room to show her acting chops and she does not fail us. Of course, her Marathi accent was unconvincing, but that is a hazard we are willing to overlook because she brings Prajakta to life; even more, like a ghost haunting Regha. Sayani Gupta as Regha is brilliant as well. Her character is detailed in her expressions all through the film since she does not have many dialogues. But she shines through in some of the scenes, especially when she is in jail. Ragni Khanna as Shikha somehow seemed like a wrong cast. Or perhaps she was unable to bring about the nuances of the character. Her faraway look and the blank expressions gave away the climax way before it was designed to. The other actors supported well but none too remarkable.

Apart from the performances, some scenes were memorable. One such scene that comes to mind right now is when a splash of blood falls on a little girl’s rice plate, she nonchalantly removes the stained rice and continues to eat the rest of it. That completely gave me the chills. The brutal murders of men, children, and animals were all chilling too but the loopholes left in the narration diluted its effect. Clichés like documentarians charting the course of the case and having their own versions to the story, the reason behind Prajakta’s yearning to steal even when she is comparatively in a better stead with a happy family, the older sibling knowing about the younger’s inclination yet their half-brother is killed by her- all these are loopholes in the story that are dealt without any explanation.

It is somehow unsettling when something that has a great scope of working simply does not do as well as it could. Though the plot is great and the story sounds interesting, the treatment meted to it was somewhat short of the expected delivery. Nevertheless, I would still state that it was a very brave attempt and can be given a watch for the earnestness with which it has been told.