Shoojit Sircar’s ‘Vicky Donor’ was the film that addressed infertility and sperm donation in the Indian populist cinema that won the hearts of audiences made the taboo centred topic open for discussion in the society and won the National Film Award for Best Popular Film Providing Wholesome Entertainment at the 60th National Film Awards. Seven years after its success, Ashwin Shetty in his debut film tackles the similar subject but keeping the woman at the centre of it. Ashwin even bases his film in the narrow lanes of Delhi. Perhaps, Vicky Arora lives on the next lane to the famous Badnaam Gali, and Nayan (played by Patralekhaa) might have crossed his path. The similarity is uncanny between both the film, but it’s ‘Vicky Donor’s’ bold narrative peppered with sly humour indigenous to Delhi that separates from the lacklustre and well-guarded narrative of ‘Badnaam Gali.’

The key players in the film are jobless and short-tempered Randeep Singh Sodhi (Divyendu Sharma) and Nayan. Randeep in the search for the peace of mind lands in the Delhi, at his paternal aunt’s (played by Dolly Ahluwalia, who coincidentally played the mother of Vicky Arora in Vicky Donor) house. I grinned at Randeep’s fate, so did the cab driver when he learnt about Randeep’s search for silence in Delhi. Nayan is declared witch in the neighbourhood as she is frequently visited by men who hand over her big stash of cash at the main gate. Well, first – that’s stupid even if your intentions are right and second – why make it more difficult behaving stupidly when you are already declared as a troublemaker.

Recommended Read – 5 Bollywood Women in a League of their Own

Randeep is reluctant to go anywhere near here, and the template-driven narrative makes it evident showing their awkward encounters several times like at the grocery store, in the gali (lane) and Randeep’s workplace. 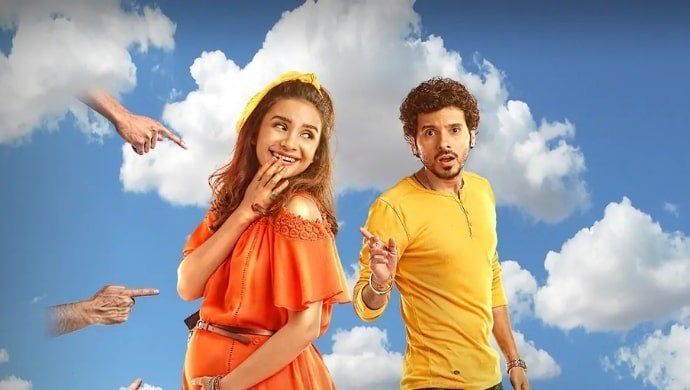 Randeep, who is outspoken, belligerent and wayward, blindly believes the rumours his aunt and society feed him about Nayan. It conveniently sacrifices the character curve for the melodramatic build-up of understanding the ground reality between the lead pair, while it feels rushed for the society members to understand the same thing. The resolution in the third act feels convenient and hasty for a film handling the social prejudices.

The minor characters and the needless subplots slow down the pace and distract from the narrative. Still, the film does manage to keep you engaged with the social dynamics involving gossip over everyday happening in society. It works because it is relatable. Divyendu Sharma and Patralekhaa breathe the soul into the half baked narrative, but it doesn’t lift the weak script completely to make it a good movie.

Badnaam Gali (2019) is chocking with cliches for a subject matter that is original and exciting. Unfortunately, the writers played it safe to drive the point home. With the able cast at the hand, the daring approach to the narrative could have given us a gem of a film.