Shuddering with the spine-chilling mystery, wrapped in unsettling tensive drama, like a thick fog slithering on a window pane, and spreading like a lovely dead tree in the hearts of heartless people, Loveless wanders helplessly in the hearts and consciousness of the characters in search of a sense of belonging and love. Andrey Zvyagintsev seeds the heart-wrenching drama in the modern day society plagued with impatient & pseudo love consumed by selfish motives. Just like Leviathan that takes a closer look at the socio-political crack paving the path for eternal human suffering, Loveless delves into the shallow & superficial human consciousness where “love” exists only in Instagram posts. 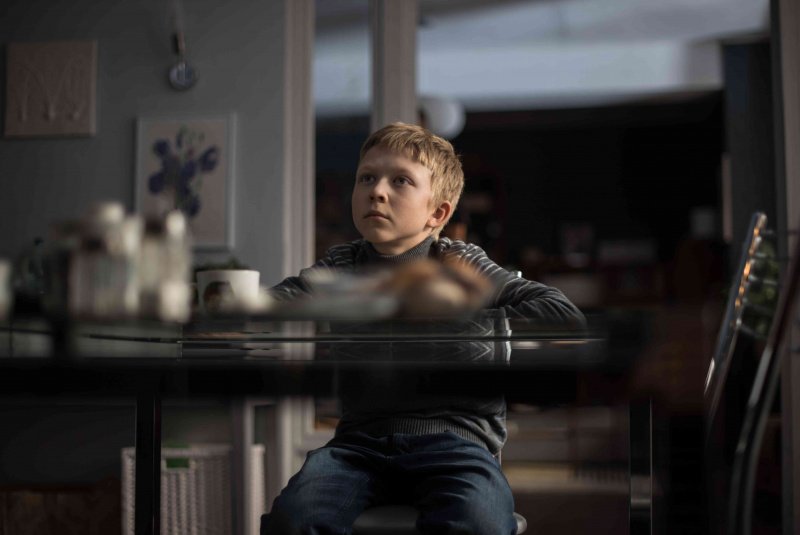 Andrey Zvyagintsev opens the film with a static shot of a school in the chilling air and the eerie silence is cut by the students pouring out of the school & slowly descending into the darkness of the evening. Reminiscing Michael Haneke’s Hidden (Cache) and metaphorically foretelling the fate of a couple in a toxic relationship that has turned poisonous. A couple brought together by their inquisitive sexual intimacy resulting in an accidental pregnancy does more damage to their marriage than they envisioned. The lack of love for each other gives space to brooding animosity that latches in their life like a shark smelling blood and consumes their life to an extent that they relate to each other by their mutual resentment.

Boris (Alexei Rozin) is a stocky salesman and Zhenya (Maryana Spivak) is a youthful salon owner, and they have 12-year-old son Alyosha. The shallow and ostensible relationship grows bitter to such a stage that they decide to separate and sell their house. They already have migrated to new partners in search of love and happiness, away from their empty lives. The fate of their 12-year-old son Alyosha is the last thing on their minds amidst of all the perpetual chaos. Loveless takes its sweet time to establish the complex lives of both the characters – Boris & Zhenya – and further penetrates into the dynamics of their new relationship that widens the gap for both of them with their only son, Alyosha. Zvyagintsev elaborately shoots sex scenes between Boris and Zhenya with their respective partners with such coldness & tinge of emotional numbness that it becomes unsettling after a point & throws a kind of reminder how things might have started between Boris and Zhenya in the first place.

In one of the most tragic scenes that still gives me goosebumps, we see a heated verbal squabble between the couple. In the middle of the argument, Zhenya goes to use the bathroom. The moment when the bathroom door is thrown back while their ugly argument is still on, we see Alyosha’s face in a silent scream of tears which is emotionally catastrophic. I can’t recall the last time when I was so deeply hurt. 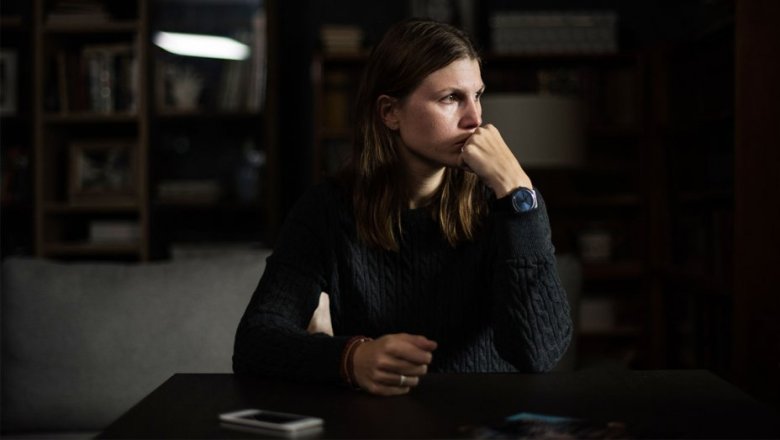 The parents are so self-consumed in their desultory lives that the mother doesn’t even notice Alyosha’s silent weeping on the dining table while she is engrossed browsing her social media. Alyosha suddenly disappears. Was he kidnapped? Is he hiding from his parents with his grandmother or his best friend? Or perhaps he is in a search for the love and sense of belonging he lacks at home. The news of the missing son shakes up the couple and the film gets even more bleak and mysterious with the elaborate search through the forest and neighborhood. It is an urgent reminder for both that moving out of their old lives is not as easy as it seemed. Emotional & human mobility is rather difficult when associated with such a degree of hate.

Had it been any other film, the filmmaker would have given a redeeming opportunity for both the parents to come together and introspect their mistakes. Compromise on their newly established lives in the wake of their only missing child. But Zvyagintsev takes a more realistic approach. Instead of falling into each other’s arms, the division widens between them as the rage explodes like a violent volcano destroying whatever was left. Now they seek comfort in their mutual hatredness & self-loathing.

Zvyagintsev prolifically uses the drifting camera shots that slowly peers out, through an unclear glass, to the cold land outside. Like he is trying to ease off the pain, internal to the people involved, and throwing us in the emotional conundrum that is dark and cold as freezing temperature outside.

Zvyagintsev quite smartly lets the political and religious horror seep in the story that Russia faces through the characters and subtle subtext. Like Boris is more concerned with the disclosure of his impending divorce to his conservative & religious Boss. It might cost him the job. Or how crippled police has become under the bureaucratic rule.

Like Jonah in the belly of the whale, Loveless falls into the bowels of self-inflicted insurmountable pain, one untold day after another, lost in a dark, chilling cold and stagnant void. Enveloped in the persistent melancholy, Loveless deals with the acute spiritual collapse of humanly love actuated by self-centered desires.In one of the most striking shots, quite reminiscing of Andrey Tarkovsky’s lens, Police reach a secret place where Alyosha used to frequently go, we see abandoned building having decaying walls like the one in ruin porn documentary “Homo Sapiens (dir. Nikolaus Geyrhalter).” The way Zvyagintsev focuses on the building overrun by moss and rain with such clinical eye that it personifies the human condition without love and devoid of sentiments. 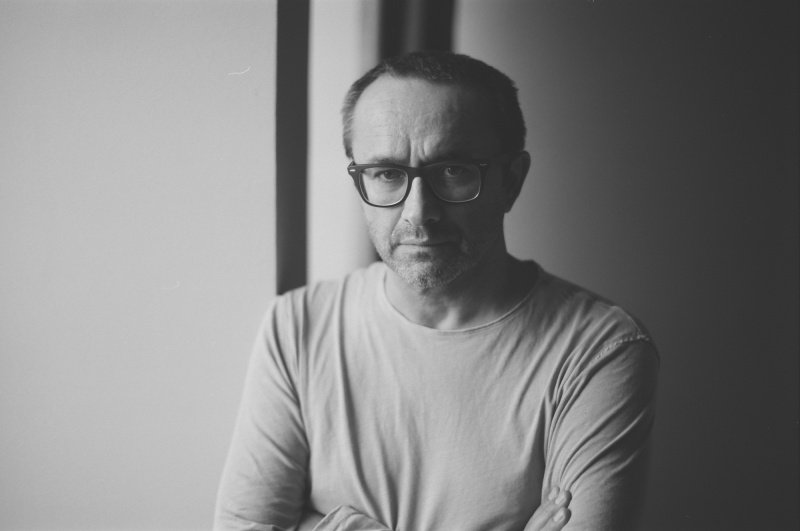