We are essentially mortal, constantly struggling for perennial happiness. But what lasts isn’t the tangible fruit of our efforts but the intangible memories that we make in the process. Gamak Ghar (2019) is a story that reflects the transformation of the events of the present to the bittersweet memories of the future. Simultaneously, the present is heavily drenched with the recollection of the past, the visuals of which have turned translucent but the aroma is alive with the same intensity. An aroma that fills the protagonist of this film, a house in the countryside and a house which is cognizant of this aroma and is striving to preserve it.

Gamak Ghar translates to Gaon ka Ghar (a village home), a name that describes the protagonist of this story. A story that unfolds into three different time periods and demands you to consume it patiently for the best experience. Three years capturing two decades witness a family gathering into their home for three different festive occasions. 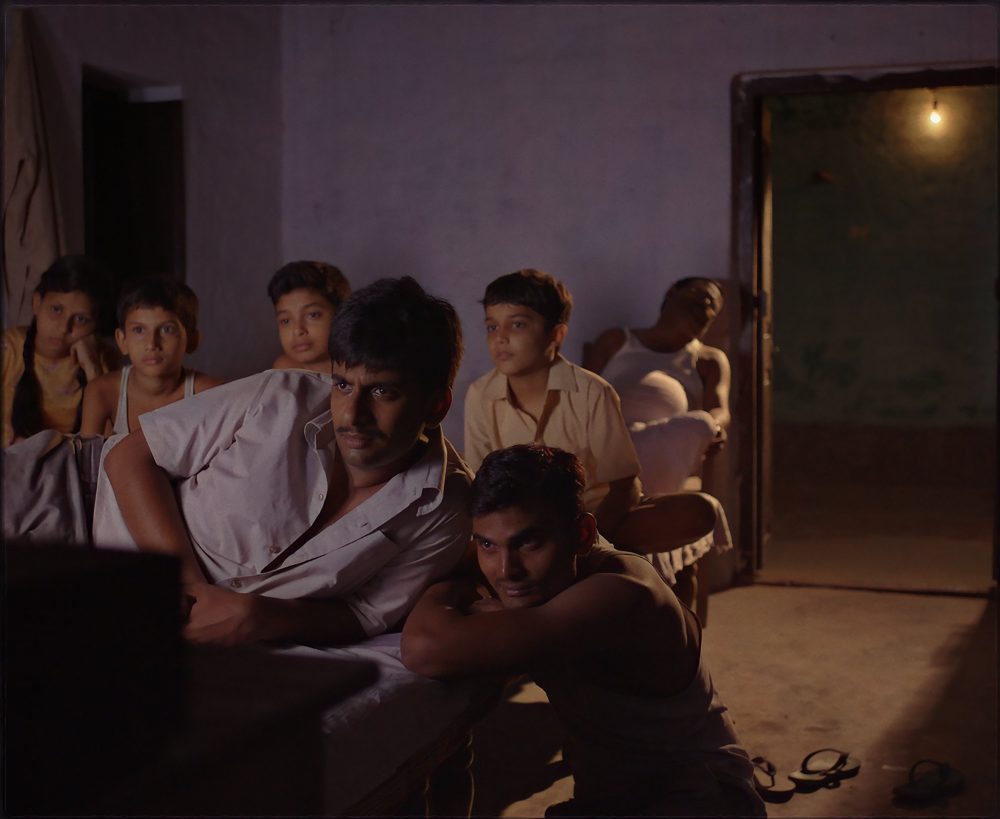 The shot opens to a bright view of an uninhabited landscape and transcends into a lively house with its occupants involved in different activities centered around the birth of their youngest family member. The tulsi (basil) plant in the courtyard is lush, the bougainvillea is stealthily creeping on the walls, and the house built by the grandfather, as can be heard from numerous conversations, is standing tall and proud. The house is a breathing home.

The narrative jumps forward in time, the color temperature increases, and the place devolves from a home where people live in a house where people gather. Time has taken its course, irreversibly so. The conversations have changed. A distance has found its place between the relationships, the people, and the relationship of the people with the house. The people who discussed life, now discuss memories. The tulsi in the courtyard has lost the attention it once had. The bougainvillea is taking its steps back.

The third act of the film is the most precise and yet, most metaphoric of all. People have descended from the peaceful rural lives to the seemingly progressive ones in their respective urban centers. The house is trying to preserve the aromas. But a melancholy reverberates in the barren building. Gamak Ghar doesn’t offer anything larger than life. It doesn’t make efforts to create statements out of its screenplay. Neither does it reach absolute conclusions. It is a minimal effort at sketching complex portraits in which we can find our lives. Or the lives of our parents.

This is one of those rare films that exist without a cast. You don’t need to know the names of the people you see. It doesn’t matter if they’re acting or are real people in their routine before the camera. You don’t get names. All our curiosity lurks around finding our families in the people onscreen and dissect the resonance if possible.

Some of the cast members are part of the crew as well. Gamak Ghar comes out to be a collective effort of people telling their own story. Achal Mishra is in command of his craft and confident of his story. Anand Bansal’s cinematography is from the perspective of the house itself as if the house is looking inward. Some static shots are carefully placed to incorporate elements that reflect the passage of time. However, the most impressive aspect of this film is its soothing score that marks its beginning as well as its end. Anshuman Sharma’s melody uplifts the sequences and leaves a pleasant aftertaste. The sound design is entirely atmospheric. Ambient noises hinder the incoming dialogues but since they’re vital to the screenplay with a greater degree than to the narrative, the act emerges to be a deliberate one to add to the film’s natural appeal.

Gamak Ghar is a very personal film. It won’t have a homogeneous reception either. But it successfully harmonizes itself with the stories about us or the stories attached to us. That’s what makes this film extraordinary with all its ordinary elements. Achal Mishra has laid a potent foundation for his art and it will be interesting to see what he has to offer next.