Australian-born comedian Gregg Turkington has toured the globe under his confrontational and abrasive anti-comedy persona Neil Hamburger, who is characterized by his coarse on-stage manner and his frustratingly drawn-out pacing when he delivers jokes. This, along with his relentless handling of hecklers, has caused many walk-outs during his shows, but he has amassed minor cult status in the relatively small anti-comedy community. His humor seemed suitable for Tim and Eric’s Awesome Show, Great Job!, which was graced with his appearance (in character) for one episode. After this highly influential show’s end, he appeared briefly along with Tim Heidecker in The Comedy (2012), a slightly surreal, off-kilter, depressing, upsetting, and non-narrative drama (that is only ever funny unintentionally). Directed by independent American filmmaker Rick Alverson, The Comedy was a successful way to showcase the odd screen presence of Tim Heidecker, but now with Alverson’s follow-up Entertainment (2015), it is doing the same for Gregg Turkington and his purposefully frustrating oddball persona.

Similarly to The Comedy, Entertainment had a rather misleading title, as it is an almost Dadaist and very depressing exploration of the hollow life of an entertainer. The Comedian (Gregg Turkington), who goes by no name, travels the road with his silent clown partner Eddie the Opener (Tye Sheridan) in what feels like an unending array of pointless encounters and situations, further emphasizing the pointlessness of the Comedian’s struggling career/life. The only proper anchor in his life is his estranged daughter, who he repeatedly calls and leaves voicemail messages, planning to see her at the end of his Southwest tour.

One of the main differences between Neil Hamburger and the Comedian is how he deals with hecklers. Although Hamburger’s classic heckler retort “speak your comments into a man’s penis” is used in the film, Hamburger’s dealing with hecklers is usually an exaggerated, long-winded, and thoroughly offensive tirade against the heckler that is usually the funniest aspect of any of his shows. The Comedian deals with hecklers in an evidently more pathetic and less self-aware manner where he tries humourlessly to antagonize the hecklers whilst justifying and glorifying his comedy attempts. This leads to some of the film’s cringy moments, where his attempts to take down hecklers by explaining the importance of his job falls on deaf ears and no laughs. 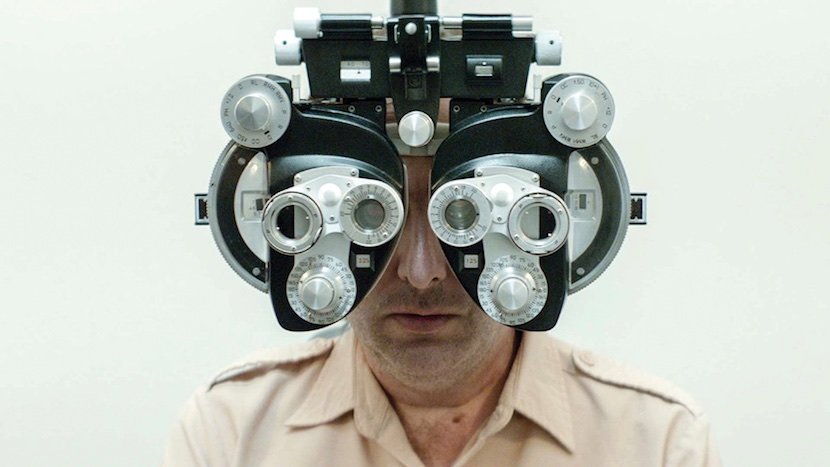 Very much like The Comedy, this is a non-narrative film that has very little traditional flow through scene by scene, as each moment of Entertainment feels as useless as the last. It all leads up to nothing, just like the Comedian’s life. The only driving force for this character, visiting his daughter, also ends in a way that shows how useless even his family pursuits are – the final scene, which shows him getting an awkward and out-of-place guest spot on a TV show, may seem confusing for viewers, but take a look at the last credited character in the ending credits and it’ll give an idea of how the Comedian’s relationship with his estranged daughter vaguely and sadly concludes.

By the time the Comedian gets to his second last comedy gig in the film, he can barely even tell the jokes anymore and relies on the zenith of non-verbal Dadaist anti-comedy toilet humor, which doesn’t go well at all with his crowd. His final gig, taking place at a mansion hosted by the Celebrity (Tim Heidecker), causes him to have a total breakdown. The uselessness and vacuousness of his daily life on the road begin to seep into his “art” and causes it to be just as rigidly nonsensical and patience-testing.

Entertainment sure is a depressing film, with only a little glimmer of hope that ends up being extinguished in the most indifferent way. Of course, most (independent) films usually adhere to story and character development to show how people grow in life. Entertainment takes the non-narrative approach and utilizes it to show how little development can occur for a person. It’s this notion that separates Rick Alverson from his contemporaries, despite the divisive reaction his work receives. The Comedy and Entertainment are two of the most intriguing, most thoughtful, and yet even most strange things to come from either Tim Heidecker or Eric Wareheim after the end of Awesome Show, Great Job!, and hopefully both films will soon accumulate the cult statuses they deserve as depressingly quirky indie films that comment on the vapidness and boredom of ordinary modern day life for ordinary folks.