Over the past couple of decades, films, irrespective of the genres have surrounded numerous significant aspects of their respective content and narrative techniques around the concept of ‘dualism’. This has been represented through ‘direction’ discernible in films like ‘Eyes Wide Shut’ directed by Stanley Kubrick exhibiting a vivid contrast of the use of ‘red’ and ‘blue’ symbolical of desire and sensation, respectively and their resultant association with the conundrums and personality of the film’s protagonist Bill Harford (played by Bill Harford). Aside from this directorial representation of duality, the latter is also enmeshed in the very content, narrative and titles of various films produced within the past several decades. One of the films that can be discussed and examined in the context of this very ‘notion’ is ‘Rosemary’s Baby’.

Audiences’ innate doubts have snowballed into popular beliefs in the contemporary period elevating the suspensions of disbeliefs around Satanism to a steadfast acceptance of ‘Satanism’ being the primary theme of the film. It can be answered in the affirmative that Roman Polanski’s ‘Rosemary’s Baby’ owes its success as well as controversial status in the realm of cinema and ‘psychological horror’ film, in particular to the graphic representation of ‘manifestation of an ardent faith in Satanism’ and its ‘assiduous application’. The central plot of the film revolving around this very notion can and should not be discarded by the theorists and academicians specializing in ‘film studies’ in the contemporary practices of subjecting film to critical examination and analyses. In fact, the theme can be used to highlight numerous dualities embedded in the story. 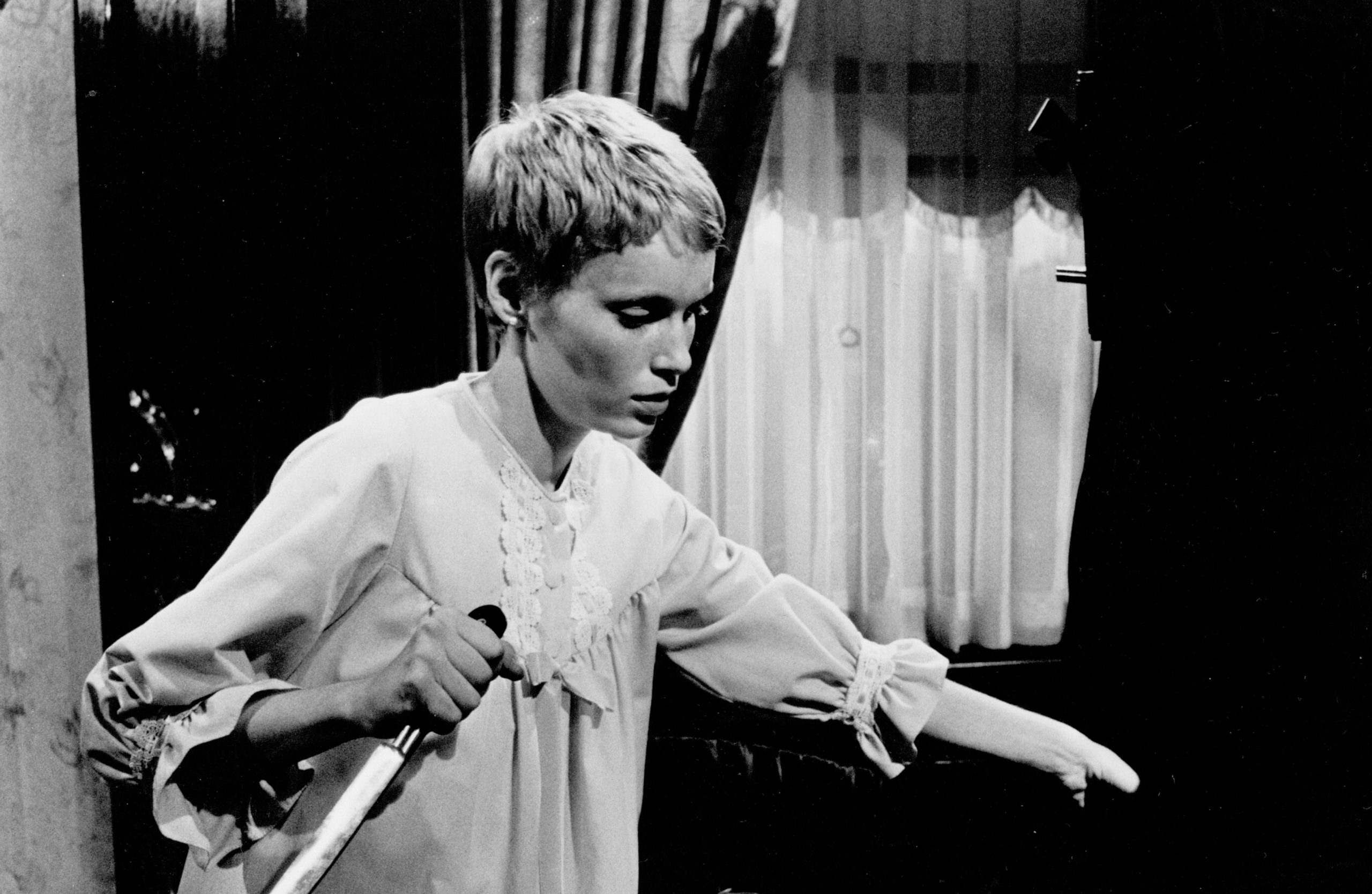 At the very outset, the title of the film creates the image of two characters for the audience that is, the mother, Rosemary (played by Mia Farrow) and her unborn child, albeit the key emphasis placed on the latter. The name of the mother in relation to her unborn ‘Satanic baby’ is noteworthy with regard to representing the importance and most accurately, the significance of a woman or a female body for childbirth constituting the kernel of the plot, in this regard thus making the use of ‘Rosemary’ in the title an abject necessity. This brings us to recurring allusions to Satanic rituals and their connection to a married female’s body especially concerning the attempts in imposing an unquestionable authority over it. However, the ownership of Rosemary’s baby by the Castevets, the inmates of Bramford and her husband is incongruently juxtaposed with the presentation of the characters as well as the relationship of the characters with one another. Amid the ominous vibe, the relationship between Rosemary and her husband Guy Woodhouse (played by John Cassavetts) from the very beginning of the film is marked by affection, care and intermittent display of domination by the latter towards the former appropriately placing the relationship within the framework of the notion of ‘family’ deemed suitable as per the doctrines of Catholicism of which Rosemary was a follower.

Researchers and academicians deconstructing the gendered nature of the film have associated the relationship between Rosemary and her husband with that of a child and a father reflected in Guy chiding and berating Rosemary for expressing dislike towards Chocolate mousse and even extending to the degree of thwarting her decision to replace the prescribed doctor with a new doctor for consulting about the complications related to pregnancy. In this respect, Guy Woodward is presented as a patriarch of the household whose decision-making powers and role as Rosemary’s guardian in addition to being a ‘marital partner’ conform to the idea of a ‘family’ where the man/ husband is placed at the helm of the affairs. These very actions and roles undertaken by Guy constitute his defining personality traits address the duality of his traits with regard to his shifting identities between Rosemary’s marital partner and guardian as per the societal dictates. The depiction of a ‘perfect marital relationship’ can be observed in the presentation of Roman and Minnie Castavets in their relationship with one another discernible in Minnie’s relationship with her husband especially with regard to being complicit in the birth of ‘Adrienne’, the ‘Satanic baby’ of Rosemary. Here, an exploration of as well as attempts at understanding dualism concerning Minnie’s obedience towards her husband and serving as an accomplice in his activities must be refrained from the content of these very activities that constitute of the film’s primary plotline.

In this respect, dualism can be explained in the conformation to a conjugal relationship and the underlying roles and responsibilities in accordance with the Christian doctrines with regard to the prescribed roles for husbands and wives. Throughout the film, Minnie is presented as engaging in activities which are tantamount to an ideal ‘female homemaker’ and a substantial proportion of these activities was depicted in relation to her ‘ideal’ relationship with Rosemary ranging from being a perfect host to her and her husband; serving food; displaying immense knowledge about cooking and expressing concerns as well as suggesting homemade remedies in the form of a vitamin liquid for ensuring a “healthy” pregnancy. As the film progresses, the viewers acquire the capability to get a grasp on the qualities exhibited by Minnie and contrast them with the mishappening occurring with various characters, including Rosemary’s declining health albeit being cared for by Minnie for a greater proportion of the film. This brings us to the question of female sexuality that has been discussed, critically analysed and deliberated upon by the academicians taking a gendered approach with which the film deals. As discussed above, Rosemary is shown to the audience as a follower of Catholicism and her traits as an obedient wife, submitting to her husband’s demands; relentless complaints, needs as well as snide remarks throughout the film confirming her faith as an ardent Catholic. 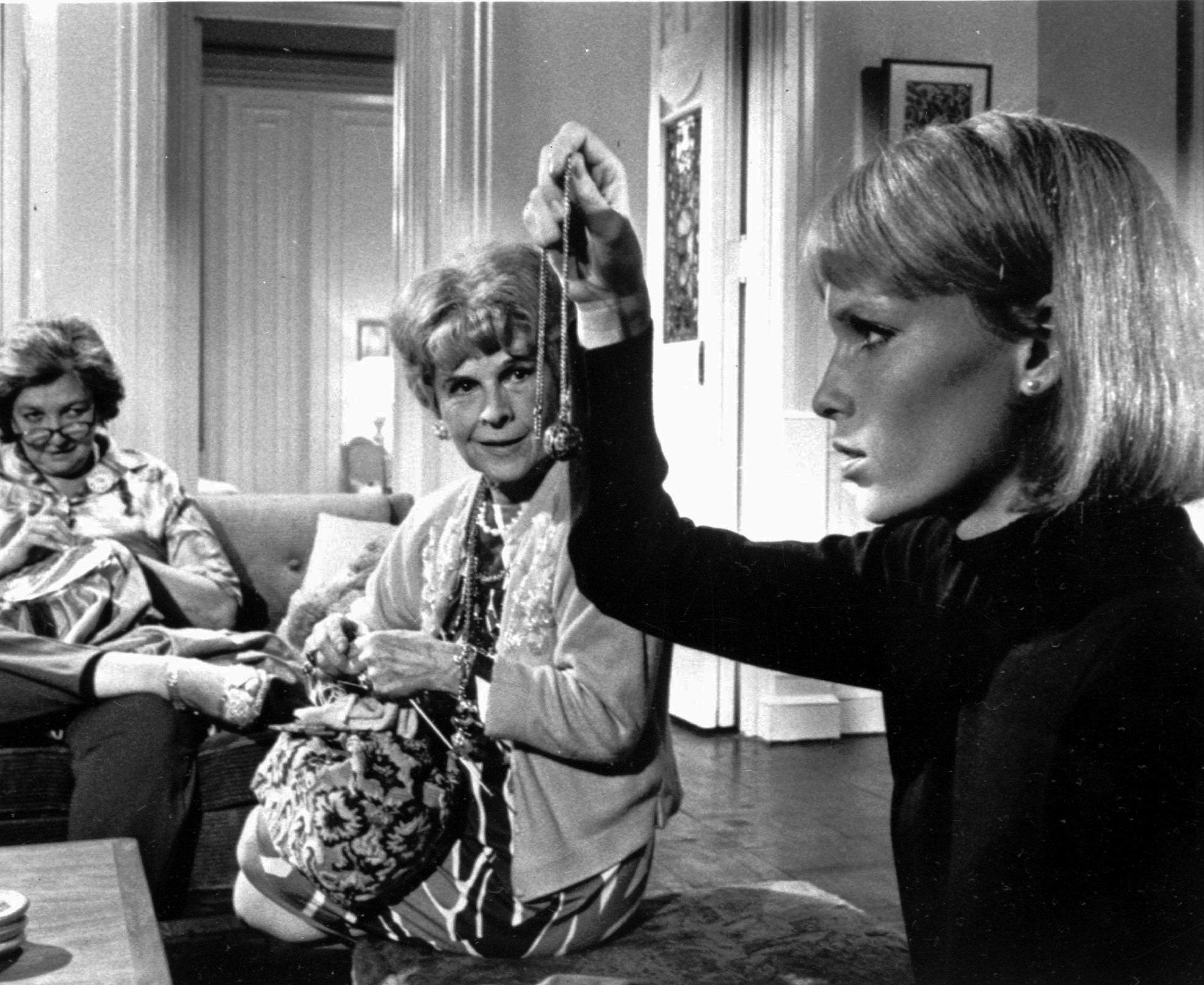 Control over Rosemary’s body is integral to the film’s progression and development maintaining conformity with ‘Satanism’ underlining the film’s genre that is, ‘psychological horror’. Herein, the dualism could be discerned in the conspiracy to get Rosemary ‘raped’ by Satan and bear his child, Adrienne without her knowledge regarding the same amid the familial and social setting where the individuals’ relationships with one another are marked by conjugality, purported hospitality and overall camaraderie. When the Castavets, the inmates of Bramford as well as her husband perform the ritual that ‘impregnates’ Rosemary; they have an unquestionable authority over sexuality. In other words, they become the deciders of her sexual partner (in this case, Satan), the purpose of the intercourse (for bearing a child) and events following the incidents going against the very exhibition of dedication and obedience by Rosemary towards her husband. In this very respect, a ‘Christian’ understanding of the birth of ‘Rosemary’s baby’, Adrienne in addition to the product of sexual harassment, signifies ‘sin’ possibly due to the ‘adulterous’ nature of the process and interpretation of the scene as ‘childbirth out of the wedlock’.

Similar Read To Rosemary’s Baby: What Ever Happened To Baby Jane (1968): A Real- To-Reel Life Feud Like No Other

Throughout the film, viewers were introduced to the varied layers of Rosemary’s personalities shifting between compliance and agency as well as her failing health conditions; her discovery about the ‘true’ identity of the Castevets and vigorously seeking ways for finding ways for unleashing the discovered knowledge. In this process, the viewers are only provided with a glimpse of the ritual that is, the rape and impregnation scene added as a part of the Rosemary’s dream thereby leaving possible scenes such as the graphic details of the actual Satanic rituals resulting in the death of two individuals (Donald Baumgart and Hutch); Guy’s meetings with the Castevets; the act of stealing of Hutch’s gloves as well as the gatherings and planning that took place amongst the members of the coven to their imagination.

At the end of the film, the audience was left to connect the relevant and scattered dots that accurately placed the anti-Christian elements of the film (encapsulated in the term ‘Satanism’ reinforcing the psychological horror genre of the film) against the regular and normal functioning of life imbued with established Christian beliefs presented through Rosemary. In this manner, an exploration of the intricate layers of dualism enveloping the film along with underlining the co-existence of Satanism and Christian elements are integral in revealing the complexities present in the film thus refraining the association of the film with ‘Satanism’ as a whole or solely placing and explaining it in relation to the ‘psychological horror’ genre.