Why Spencer is an example of a Biopic done right: Biographical films often serve as an inspiration, their primary purpose is to tell the story of a man or a woman, whose life was (or continues to be) so grand, so fulfilling that imagination is pointless – the story has already written itself and is patiently waiting to be transferred to the big screen. This leads to identical results, falling into the category of clichéd rather than exciting. The same plot structure is followed almost always: An introduction to the protagonist’s family, in most cases poor and unhappy with the problematic relationship between the parents; a talent is subsequently discovered and begins developing, a character of intransigence is built, then there is an ascension, followed by the pinnacle of fame, and just before the third act, a fallout is shown in both personal and social aspect, due to external and internal problems. But in the last half hour, a new twist, which turns the little man into a legend, occurs. Unfortunately, it’s this predictability that puts biopics into templates, they struggle to break out from the well-known pattern and risk becoming more and more repetitive with each successive one, no matter how interesting the personality they’re examining is.

Princess Diana is beloved by modern culture; it wouldn’t be even unjustified to claim that she has been elevated to a cult. So many documentaries have been made, so many books have been written, so many times she has appeared on the small and the big screen in various movies and TV shows. What else do we need to know about her? Why do we continue to have such a strong interest in the tragic fate of a young mother? Aren’t there other people in or around the Royal family who deserve attention?

Related to Spencer 2021: Our Review of the Pablo Larraín Film

“Spencer” answers all of these questions and pushes back against our cynical attitude towards the protagonist in the real world, making us feel uncomfortable and putting ourselves in Princess Diana’s head for three days. Director Pablo Larraín and screenwriter Steven Knight have focused on an extremely short period of time, but they do it in such a way that the viewer is not trying to feel sorry for the woman, alienated from almost everyone around her, but to inhabit her, to be able to see the reasons behind her actions, to feel her anxieties and failed attempts to fit into a place, where she is not wanted, and she herself does not want to be. 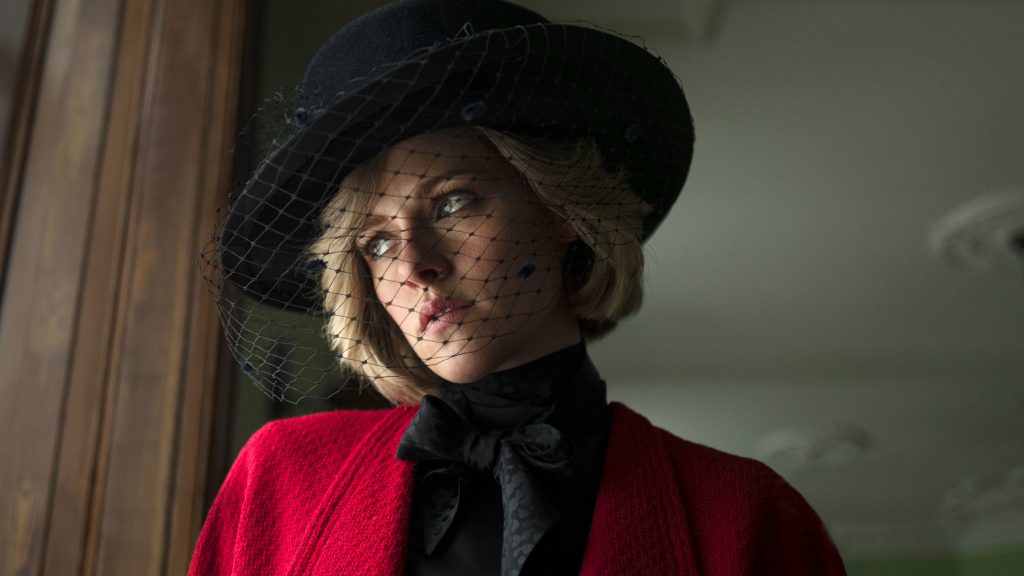 While classical music plays all around, Princess Diana only hears jazz in her head. All the pomp and beauty that surround her are false, with years of history behind them, brought into the present only with conservatism and insensitivity. Traditions, even those considered protocol, and fun, must be necessarily respected. The days of the unexpected future have a precise timetable that will be strictly enforced without any exceptions.

As for the members of the Royal family – it is clear what they will eat tomorrow, where they will go, how they will be dressed. There is no element of surprise and rightfully so, given the positions of responsibility that these people occupy by being representatives of the top of the social and governmental pyramid. And because history and traditions have been inculcated from early childhood, the notion of reality is distorted, and one becomes accustomed to the constant care and obedience from others. But when the threshold of the sophisticated, the haughty, and the planned, is stepped over tentatively by a woman, wanting to free herself from the pearl chain placed around her neck, hoping for another chance to dance, to run, to love… A recipe for inevitable sadness follows.

Kristen Stewart does an outstanding job in recreating the tortured character. Every time she appears on the screen, her presence grabs the viewer by the throat and refuses to let go. The movements of her body, the uncertainty in her voice, the bowing of her head as if she is a swan, demonstrate submission to the high expectations placed on her, the film does an excellent job of conveying how Princess Diana must have felt during those harrowing three days, though at times it delves so deeply into her psychology that some viewers may find it too much.

The boundary between fantasy and reality is constantly being crossed, at no point, we can be sure whether we are witnessing a real event or another attempt at salvation with the help of fiction. In this way, the tension in “Spencer” is heightened even more because not only are the surroundings unsettling, but so is the protagonist, who we cannot be sure in which direction will go – she is so impulsive, and given the atmosphere, it is easy to lose track of how much the documentary aspect will be followed rather than the emotional one. Unpredictability is the difference that elevates “Spencer” above the standard biopic. The movie is not guided by viewers’ expectations and the boundaries set by its genre. Instead, it relies on a more unconventional and original approach. It is no coincidence that the disclaimer in the opening is not “Based on a true story”, but a pretentious “A Fable from A True Tragedy”. 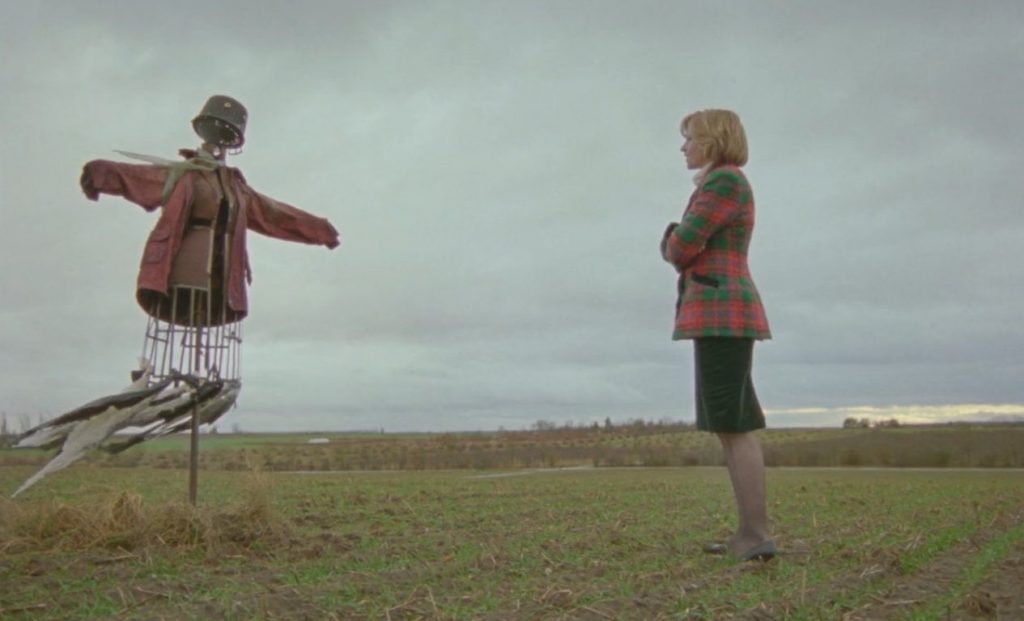 The Scarecrow is one of the most important objects in the storyline. It serves as Princess Diana’s constant reminder of her childhood, which, though marked by its own problems, was at least, happy and carefree, because of the non-existent expectations of the girl. Little Diana was free to go out, to play, to shrink her responsibilities as a small part of the Royal family. This is the climax of the film – the spiritual catharsis of the female victim, fighting with the troubles of the present by transmitting herself to a different time period from long ago. After this dramatic and touching scene, in which these worries of Princess Diana are confronted, the overcoming of them is reached through a complete relaxation of the camera and the heroine for several impactful minutes.

The next morning both of them are healed. Or they try to lie about it. The lady will never be able to win the battle against her eating disorder and the contempt she feels for her duties is incurable, but she knows what she wants – to be a good mother. Even if at first, she was filled with hesitation about the upcoming Christmas, once the holiday passes she doesn’t change her position but manages to find comfort with the help of her children. Instead of learning how to shoot pheasants, let them talk to the birds. Instead of getting used to fine, clean cuisines, let them visit fast-food restaurants. Instead of letting their mood for play be trampled, let them enjoy life as if every day is a holiday. Instead of being hypocrites, let them be honest with other people and themselves.

Throughout the whole text, I put “Princess” in front of the name Diana. Now, when I think about it, that is disrespectful, because that title was never meant to be there. On the contrary, this remarkable woman was born and lived solely as Diana. Spencer.

Room 203 [2022] Review: A Gripping Tale that Ebbs and Flows between being a Teenage Drama and a Thrilling Horror Movie