Online outrage and a few silly personal film choices can almost ruin a good actor’s persona. Yes! her face is usually expressionless and her adamant dialogue delivery doesn’t help either, but she has finally realized that making the right choices can take you places. We at High On Films look back at her career and Kristen Stewart movies to pick out some of her best and lesser-known works.

The Yellow Handkerchief has a typical road trip plot where three insecure strangers are drifting through beautiful landscape to an unknown destination as they learn a thing or two about life. The beauty of this film doesn’t lie in its story but the characters that are broken & palpable, looking for a second chance that defines them. It is a beautiful indie film that is primarily driven by its characters which seize your heart with endearing performances by all.

Performances of all three leads were highly praised by critics, but I would remember this film for the performance of Kristen Stewart who got under the skin of the character as a hapless and graceful girl yearning for someone to genuinely care for her. She was appealing with her blustered masking and the permanent vulnerability of a good heart. She plays her character with much restrained and in a believable manner.

The film is about this seminal 70s badass girl band called ‘The Runaways’ and their journey from nothing to stardom and everything in between. While the film is a typical music biopic with all the sex, drugs and rock n’ roll, it also rages about how destructive and badass these girls were when the rock scene was outraged with male testosterone.

The film has all the cliches of a rock biopic but the central ego clash between the two essential band members, i.e Joan Jett (Kristen Stewart) & Cherie Currie (Dakota Fanning) is done phenomenally well. This was the first film that made me realize that Kristen Stewart has potential. She doesn’t speak much but emotes her feeling out in her distressing phases. Out of the two main leads, you indulge with her character more. Plus the film has a fantastic soundtrack.

On the Road is based on the semi-autobiographical coming-of-age book by Jack Kerouac. While people claim that the film does not capture the madness and energy that made the book a classic, the movie does manage to take you on a rather bumpy but unpredictable journey of a writer, as he motions through the ups and downs of the road to self-discovery. This is one of those Kristen Stewart movies that has an array of interesting characters which somehow lead to The Beat Generation which revolutionized literature for good.

Kristen plays Marylou. A confused teenager who doesn’t really know where and whom she wants to be with. She embraces this character of a girl run by her love for Dean. She is a sex goddess, a doper and somewhere a muse for Sal Paradise.

Still Alice is the heartbreaking story of a linguistic professor falling prey to Alzheimer’s Disease. Its not only sad to watch someone losing the most important thing to them (Read: Memory) but it’s also immensely painful to see a disease bringing change in the people around her. Still Alice is a great film because it never overplays its characters even with the shades of grey. The film features an Oscar-winning performance by Julianne Moore.

Kristen plays Alice’s daughter Lydia Howland. Even though the heart of the film is Moore, Kristen’s low-key supporting act is quite recognizable and applause-worthy. Especially when people like Alec Baldwin are also on board.

Post-Twilight, Kristen Stewart has been trying to escape the baggage of being a bimbo and an expressionless actress, which definitely she is not. Camp X-Ray is one of those kristen stewart movies that cements the belief that she can act if she is given a good script. Leave aside all the controversy and paper-thin plot of Camp X-ray and focus on the profound emotional turbulence of two principle characters and their strange chemistry that blossoms amidst all the chaos. Playing the character of an inexperienced military guard, Kristen Stewart has given a powerful internalized performance which radiates required vulnerability that is set against the equally compelling character of Peyman Moaadi.It is a psychological drama rich in its emotions that thrives on their melancholic chemistry.

Clouds Of Sils Maria is a rare yet fascinating take on the emotional and psychological effect growing-up has on the life of an aging star (Juliette Binoche). It doesn’t dig into the life of a star on the brink of death but stabs right into the story an actress whose love for powerful and method characterization overpowers the nostalgic inhibitions of wanting to play a character close to her emotional being.

Playing Valentine (Maria’s assistance), Kristen pours life into her character. She doesn’t only play a factotum to a celebrated actress she is also an adviser, helper and somewhere down the road, the only one who would stand by her. It is one of those Kristen Stewart movies that made history by being the first American actress to win a César Award (the French equivalent of an Oscar) for her brilliant portrayal of Valentine. 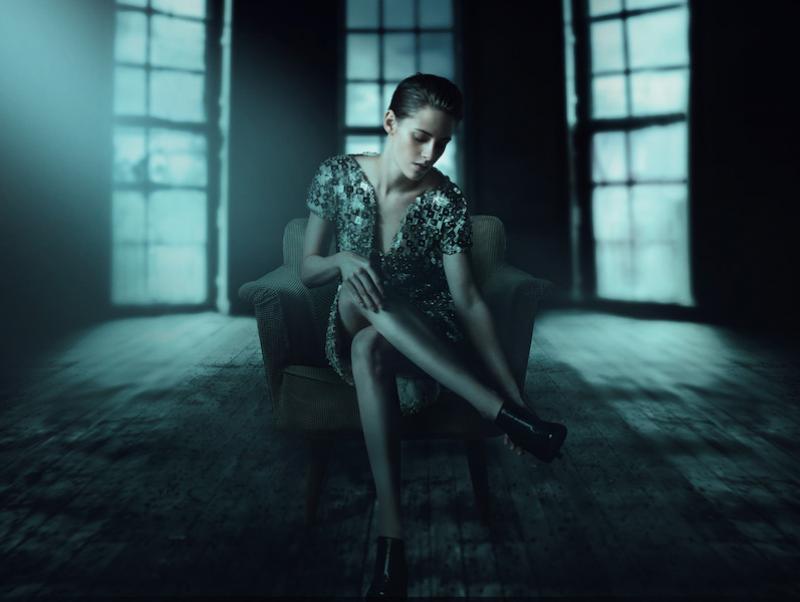 In Personal Shopper, Assayas tackles the world of ghosts. Despite varying subjects, there are certain recurring themes and narrative threads in the French director’s films. His characters either find or lose their identities, in relation to their environment; he always likes to capture life in frenetic motion; and most of Assayas’ characters live in the margins of bourgeois society, who alternatively rebel and desire for the bourgeois standards. Personal Shopper follows the familiar thematic undercurrent of a grieving woman trying to find back her identity and get on with life. It’s a profound character study that teases us with few horror genre notions.

In a way, Maureen is an extension of the character Kristen played in Assayas’ previous feature Clouds of Sils Maria, in which she played a gloomy aide to a famous celebrity too. One look at Kristen’s face — a face that brims with insecurity, fragility, and sadness — we know she is the perfect fit for the narrative that’s full of unexplained or repressed emotions.