Personal Shopper [2016] – An Imaginative Examination of Grief and Personal Identity

In a way, Maureen is an extension of the character Kristen played in Assayas’ previous feature Clouds of Sils Maria, in which too she played gloomy aide to a famous celebrity. One look at Kristen’s face -- a face that brims with insecurity, fragility and sadness -- we know she is the perfect fit for the narrative that’s full of unexplained or repressed emotions. 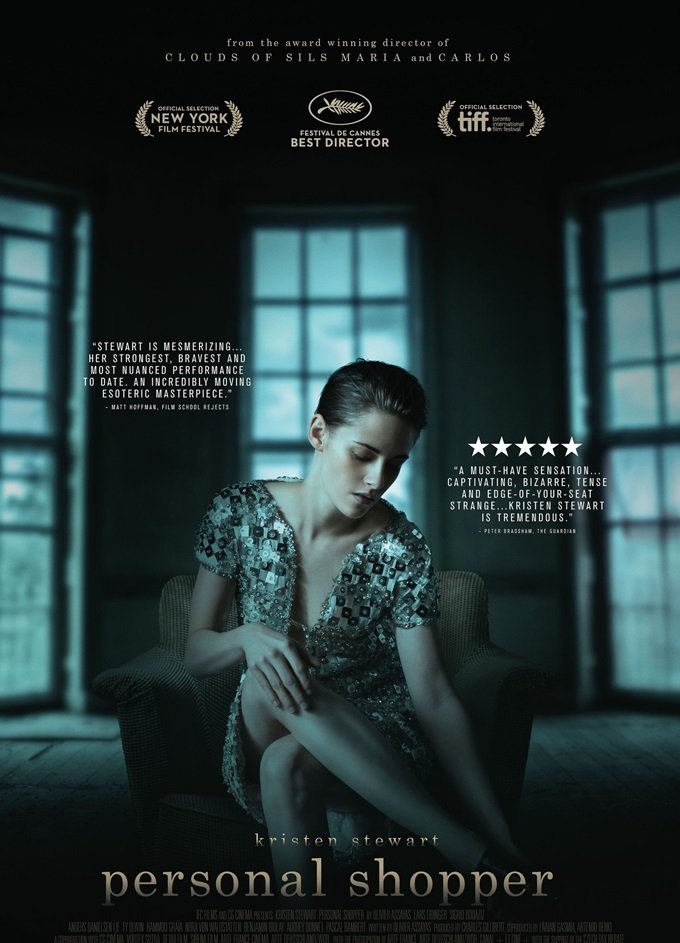 French film-maker Oliver Assayas has made divisive range of films in his three-plus decades film-making career. From the ‘Day for Night’ type charming, unpredictable drama (Irma Vep) to the controversial techno-thriller (Demonlover) to subtle family drama, in the vein of Ozu (Summer Hours) to five hour crime epic (Carlos), Mr. Assayas’ dynamic humanism has pierced through versatile cinematic subjects. In his recent film Personal Shopper (2016), Assayas tackles the world of ghosts. Despite varying subjects, there are certain recurring themes and narrative threads in the French director’s films. His characters either find or lose their identities, in relation to their environment; he always likes to capture life in frenetic motion; and most of Assayas’ characters live in the margins of bourgeois society, who alternatively rebel and desire for the bourgeois standards. Personal Shopper follows the familiar thematic undercurrent of a grieving woman trying to find back her identity and get on with life. It’s a profound character study that teases us with few horror genre notions.

Young American woman Maureen (Kristen Stewart) reaches an abandoned, ramshackle mansion in a late afternoon, situated in Paris. Maureen waits in the dark and gets curious about the inscrutable sounds, emanating from different parts of the mansion. At exactly 30 minute mark, Maureen finishes a conversation with a man, and that’s when we get a full picture of the impassive existence of Maureen. Assayas elegantly conveys each detail, inching towards the  woman’s perceived psychological breakdown. We learn that Maureen is a medium, who is trying to make contact with the spirit of her twin brother Lewis. They both were afflicted by congenital heart problem and promised each other that the first to pass away would send some form of sign from after-life. Now, Maureen is waiting at her brother’s old house to observe that sign. Nevertheless, Marueen isn’t a professional medium. She works as ‘personal shopper’ for an egotistical fashion celebrity Kyra (Nora Von Waldstatten). She moves through glitzy, legendary boutiques of Paris to choose the perfect style for her high-profile employer. 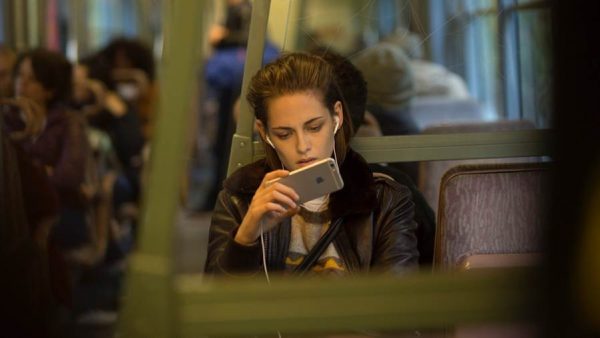 The investigation of spirit in the mansion doesn’t yield the desired results for Maureen. All she encounters is a spectral mist, possibly a malevolent spirit of a woman, vomiting ectoplasm. She also has a chance encounter with a German named Ingo (Lars Eidinger) at Kyra’s Aparment. The narcissistic man is Kyra’s boyfriend, who fleetingly worries that his relationship with Kyra is coming to end. The conversation Maureen has with Ingo serves as one of big anchor points for the narrative. As I mentioned earlier, every detail becomes clear with this talk. Meanwhile, during a work-related trip to London, Maureen starts receiving texts from an unknown number. Initially, she believes it’s the spirit of Lewis, materialized through her i-phone. But the texts are somehow weird to think it’s being send by dead twin brother from spirit world. The texts, however, kindles the urge within Maureen to act upon certain forbidden desires. Then, the narrative takes another menacing turn, and Maureen’s search for self or the identity is increasingly thwarted by the inscrutable reality.

“Ultimately, I don’t think I would have written this screenplay if I had not known Kristen” says director Oliver Assayas on casting Kristen Stewart. In a way, Maureen is an extension of the character Kristen played in Assayas’ previous feature Clouds of Sils Maria, in which too she played gloomy assistant to a celebrity (for which Kristen won French Cesar Award – the first non-French actress to win the award). One look at Kristen’s  face — a face that brims with insecurity, fragility and sadness — we know she is the perfect fit for the narrative that’s full of unexplained or repressed emotions. It’s a very subtle physical performance, and I especially liked the way she held herself together in the scenes she acts upon her desires by trying out Kyra’s chic outfits. What we see in her sad little eyes isn’t satiation or accumulation of greed, but just an eagerness to reflect on whether the shining image of herself in the mirror is the different form of identity she is desperately seeking. Even when the narrative occasionally flounders with its jarring tonal shifts, Kristen astoundingly carries the film. 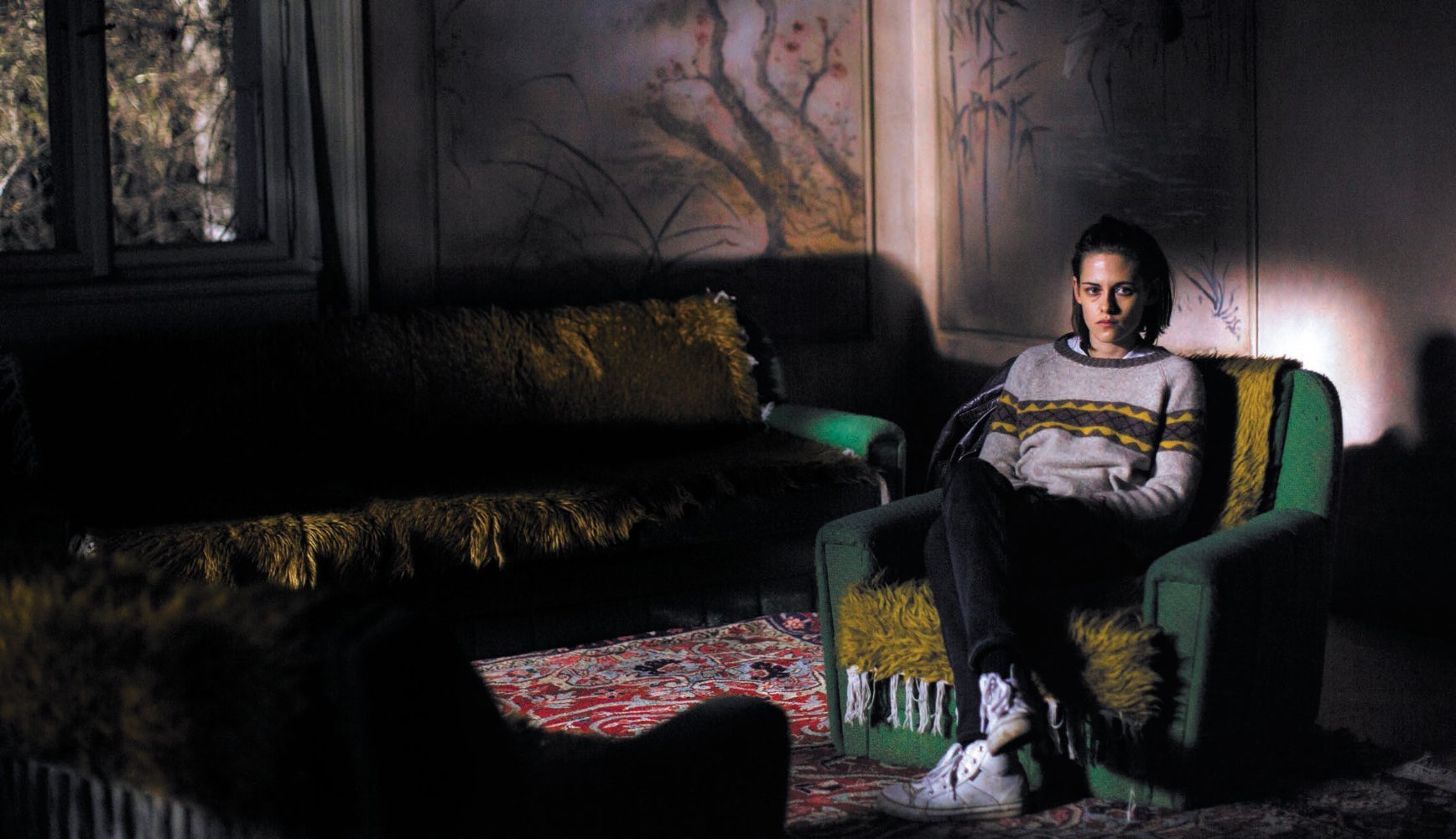 The good thing about Assayas direction is that he doesn’t tease us with existence of ghosts so as to provide a generic twist, conveying the opposite. He puts us in the shoes of Maureen, whose inescapable grief may make her point of view unreliable. Yet, Assayas doesn’t play with grief for last minute twists. He confirms presence of ghosts at a very earlier point in the film (and there’s also brilliant scene towards the end as the invisible spirit makes it way out of the hotel). And, it is interesting how Assayas plays with our expectations by conjuring ghost, screaming like a banshee (early in the narrative), but then takes on an unpredictable narrative path. It’s also fascinating how Assayas blends in modern technology (internet & texting) with the two narrative paths – one supernatural and the other thrillingly real. The YouTube videos about spiritualists and seances plus the shot-reverse-shot exchange of the texts materializes Maureen’s grief and loneliness in a distinct manner.

In Clouds of Sils Maria, director Assayas gave nod to Bergman-esque psycho-sexuality while here, the director goes for Hitchcockian brand of suspense (the airplane mode is used to chilling proportions). If there is a flaw in the writing, you could point to its burgeoning self-serious nature (lacking the earlier oddly playful mood); we are able to understand the depth of narrative knots, yet the proceedings aren’t always engaging enough. Personal Shopper, however, ends with a captivating scene, which stays true to Assayas’ standard of obscurity. I felt it was a beautiful closure to the narrative’s central theme of grief. ‘You don’t just exorcise a wandering spirit to expel the grief, caused by loss of loved one; you have to first exorcise your own suffering self’, says the gracefully shot final frames  of this oddly captivating film.

Watch the trailer of The Beguiled [2017] : 'Pain, Pleasure and Bad Marketing'

Personal Shopper [2016] – An Imaginative Examination of Grief and Personal Identity