Home»Reviews»Lair [2021] Review: Horror Lies in Subjecting Yourself to This Film
Reviews/VOD

When you are writing horror, the world is your oyster. The sheer range of innovation can be overwhelming for any other genre but horror cinema. Which is why we find ourselves invested. But our intrigue can sustain only so far. Once the film lays out its ground rules, it becomes either a journey to look forward to or a burden to carry. Almost every horror film operates within a universe that it establishes in the first act. The substance of the universe doesn’t lie in the degree of believability it intrinsically possesses but the degree of believability the filmmaker renders to it. With its writing all over the place, Lair (2021) becomes a sordid gimmick than an internally cohesive film capable of eliciting genuine emotions.

Steven Caramore, played by Corey Johnson, is a paranormal investigator who also happens to move with spite more than interest in his domain. He pretends to be a staunch atheist in the film completely disregarding the existence of the supernatural. Yet, somehow he is a ghost hunter that might lead you to assume that he is doing it to bust the myth than to profit from it. The pretension on the part of Steven is not intended. The filmmaker did attempt to write a character as described above but the way the character has been performed and the type of dialogues he has rendered reduces the character to an inorganic prop foisted into the narrative to drive it. 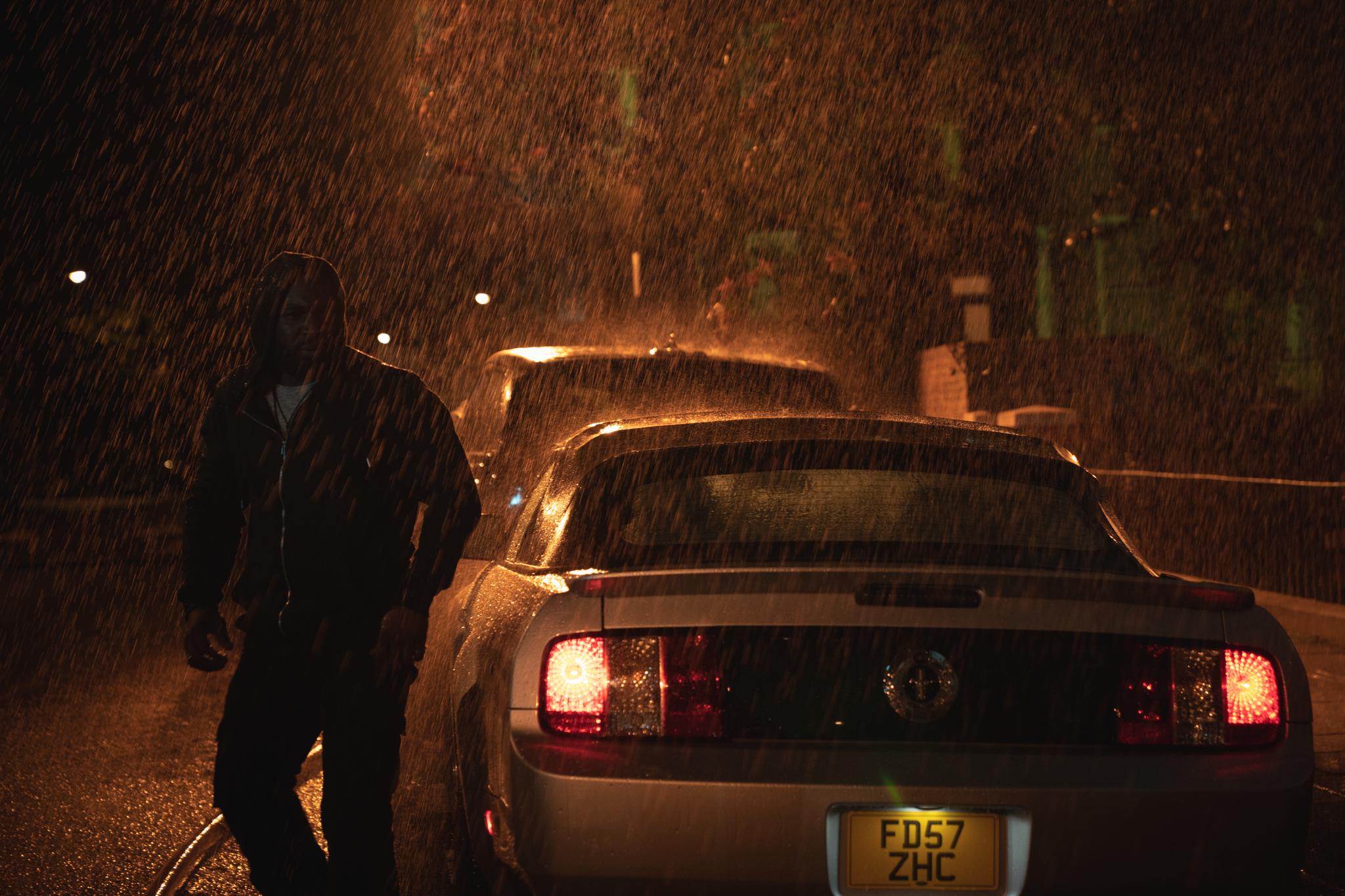 The premise warrants a massive leap of faith from the audience. Steven kept a haunted artefact at his friend’s, Oded Fehr in a camera appearance as Ben Dollarhyde, who was admittedly possessed, and driven to brutally murder his wife and son. In legal terms, a man is implicated in murdering his wife and son. Steven rejects the claim of supernatural possession and yet, he wants to spy upon a family in the same periphery as the artefact so as to gather visual evidence for the existence of the supernatural entity such that he can save his friend from conviction.

The logical fallacy is grave. It is never established what drives Steven. Is it his genuine concern for his friend or an attempt at foul money-making? If he is concerned then why must he reject his friend’s assertion that he was possessed? Reasonably, he is not a believer. If he is not a believer then why must he even attempt to spy upon the artefact given that his faith doesn’t allow him to expect any “supernatural” occurrence or event, whatsoever. To elaborate, if I believe that I won’t see a falling star today then I won’t sit for the entire night gazing at the sky to catch a glimpse of a falling star either. Why must I if my belief has already rejected the possibility?

One reason that can be argued is Wendy’s, Ben’s lawyer, insinuation that despite knowing the haunted heritage of the artefact, Steven chose to keep it at Ben’s house and therefore, engineered the murders. This is an argument that is invalid before the law and hence, Steven is definitely immune legally. So the only way this insinuation drove Steven into the acts was that of a blow to his ego. The question is, is that enough? A person who is driven by money, lust for fame, and also his egoist tendency is also the same person with a strange sense of morality that doesn’t object to putting a family into danger and intruding on their privacy. If he thinks the family won’t be vulnerable for there is nothing such as supernatural then we go back to my first argument. What exactly is the source of his motivation?

Now, if we choose to believe that he wants to prove his friend’s innocence then any attempt at establishing the existence of supernatural inadvertently implicates him of being a causal factor in the murders. If the artefact does kill and if he did keep it in Ben’s house then his claim of innocence vanishes in thin air. Why would one choose to gather evidence for something that would incriminate him?

Moving on from the fallacy described above, The filmmaker serves us with a basket of characters cut out from stencil, acted terribly by all actors involved. It is rather unfortunate to see devices in the name of characters who push the film from one event to another inorganically. This is a dysfunctional family. A divorced mother with her two daughters and her girlfriend rent out the apartment which Steven has adulterated with spy cameras and cursed artefacts.

The distortion in his morality, or rather the sense of it, only increases with the progression in the narrative as even after collecting considerable evidence of the Demon’s existence in the Lair (2021) in the video, he refuses to change the course of his actions and ensure safety for his “test” family. In simple terms, a man quietly watches people getting butchered for no concrete reason (it is to be noted that saving Ben from conviction isn’t substantial enough as an encouragement factor in the light of all arguments proposed above). Monetary benefits do not come into the picture either as at this point, even if he makes his discovery public, he will be convicted on multiple charges.

Visual coherence is also an absent trait in this horror film. The first set of murders due to the principal artefact occur through a man, in his human form. The second spree of murders occur through the demon himself, a caricaturish costume-wearing entity with nails pointed enough to tear people apart. The second half of the film becomes a gory canvas marred by the incessant use of triggers culminating in sadistic violence.

Yes, there is a demon/creature/monster in the lair (2021). That has been established. But what is the myth behind this antagonistic figure? Apparently, he is a metaphor for the inner demons that ‘tears’ apart a family, literally as well as figuratively. But was there an effort to build this house of cards before it was supposed to come crashing down? I think not. Almost all characters snap out of their natural selves to reveal a side that pretends to be their ugly side but is actually a side they are told to perform for the camera to allow the film’s conclusion.

All of it is irreverent to the art of writing. Hence, the torn apart bodies with their intestines spread across the floor only elicit displeasure, both at the sight and at the film’s disingenuous attempt to shock the viewers. Apparently, this is the only source of horror for the audience, intended as well as served. Whether you are scared or not depends upon your appetite and exposure to the genre, and also on your sensitivity to carnage. But Lair (2021) is a film that is bound to leave you with a feeling that you have been cheated.