There are several films and shows littered across the history of entertainment showcasing surveillance as a tool to enable fascism. Millennials (who aren’t readers) introduction to this concept was via movies such as Hirak Rajar Deshe (1980), Nineteen Eighty-Four (1984), and The Matrix (1999). And the general expectation was that the future isn’t going to feature such atrocities as people will be cautious about modern means of oppression thanks to these cautionary tales. Cut to 2021, and we are still getting an alarming number of stories warning us about the same because governments and other authorities have doubled down on targeting dissenting voices. Some of the most prominent examples are The Suicide Squad, No Time to Die, and the topic of today’s review, Hanna Season 3.

Created by David Farr, the third and final chapter of the titular character’s journey, portrayed by Esmé Creed-Miles, finds her back at The Meadows. She is a loyal Utrax assassin who did the things she did in Season 2 to maintain her cover. Utrax agent John Carmichael (Dermot Mulroney) backs her claims. Hanna and former-CIA agent Marissa Wiegler (Mireille Enos) coarces Carmichael to do so. Because the duo has dirt on Carmichael i.e. they know that Carmichael’s the one who accidentally leaked Utrax’s hit-list.

Now, Hanna and Marissa’s plan is to work Utrax from the inside and the outside and save the people on the hit-list while faking the victims’ deaths, until they come up with a way to shut Utrax down for good. But Hanna’s colleague Sandy (Áine Rose Daly) and a military man and intelligence operative from Marissa’s past, Gordon Evans (Ray Liotta) are hot on their heels as they want Utrax to run as smoothly as possible. And things are only complicated when Hanna falls in love with a target she saves, Abbas Naziri (Adam Bess), thereby making her susceptible to emotional manipulation. 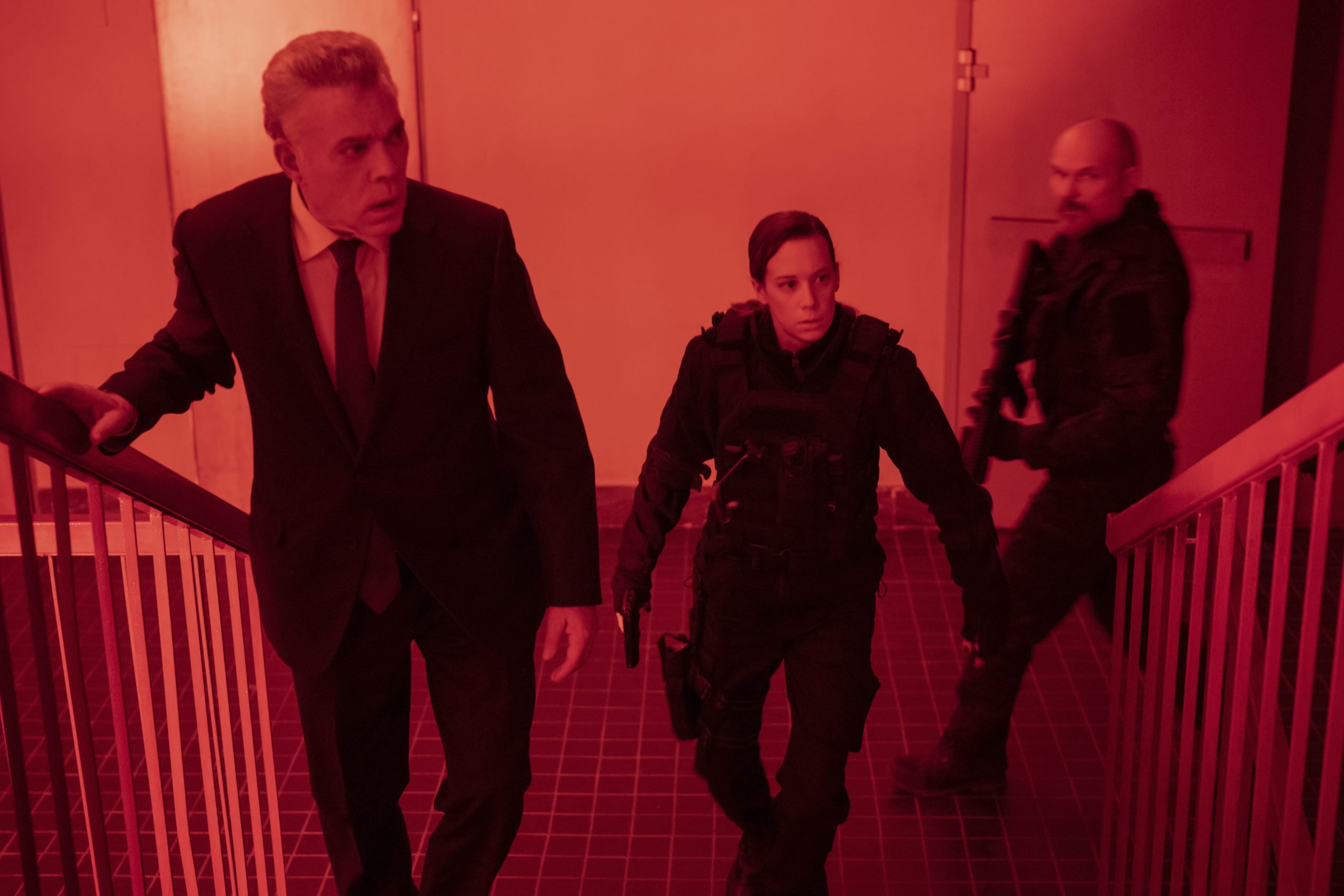 Early on in Hanna Season 3, the series reveals that the people aged between 18 to 30 years are on Utrax’s hit-list. They are free thinkers and hence a danger to the system. The methodology behind selecting these individuals are revealed later on. But let’s keep that under the wraps and allow you to experience the horror first-hand. As showcased through a monologue by Naziri during the tail end of Episode 1, it is highlighted that there’s a surge amongst the institutions that dominate us (e.g. governments, universities, banks, mass media, and social media) to undermine resistance.

Be it through blatant intimidation by jailing (or even killing) journalists, lawyers, and students. Or by subtly rebranding apoliticism as something “cool” so that people simply don’t speak on any issue because everything is political in nature. In doing so, the general public is defeated before they get together and protest against the devolution of their human rights. And, according to Naziri (and the show, of course), the only solution to it is by resisting our mind’s urge to fall prey to such acts of systemic bullying and be brave enough to speak against those who oppress.

Also, Read – Fucking with Nobody [2021] Review – A meta movie which completely loses itself in its meta-ness

This is essentially the throughline of the show and the idea that motivates every single one of Hanna’s actions. And it’s particularly smart writing because Hanna is kind of a blank slate. Or at least she was when she started out all the way back in Season 1. In Season 3, she is more world-weary. But she is a blank slate in the sense that she isn’t governed by any prejudices or privileges. So, showing Hanna identify that chest-thumping nationalism (which is one of the foundation stones of Utrax) as evil and opting for freedom of speech and expression because it is good is impactful. Especially in today’s socio-political climate where doing the opposite is being championed.

Everyone knows that kids are not going to watch Hanna because of its body count (which is probably higher than that of the John Wick franchise in Season 3 alone), sexual scenes, and moments of torture. However, anybody above the highly impressionable age of 18 should. Because in real life, all they are seeing is self-appointed protectors of “culture” harassing minorities without any consequences, while those criticising such kinds of oppression on social media are being branded as anti-nationals and being kept away from jobs and passports (it’s a real thing in India).

Sandy is on the polar opposite side of this spectrum of critical thinking. Her mind is full of prejudices. She doesn’t necessarily live a very privileged lifestyle. But she’s made to think that she comes from a place of privilege. Therefore, all her actions and decisions go in favour of the institution (Utrax) that is “serving” her this superiority complex on a silver platter. She is literally incapable of thinking for herself because every time she does, ever so briefly, her programming forces her to identify Hanna’s dissent as bad and Utrax’s agenda to kill people who are innocent even in the strictest sense as good. And if you are thinking that despite having access to all this knowledge and information, how is Sandy’s perspective so warped? 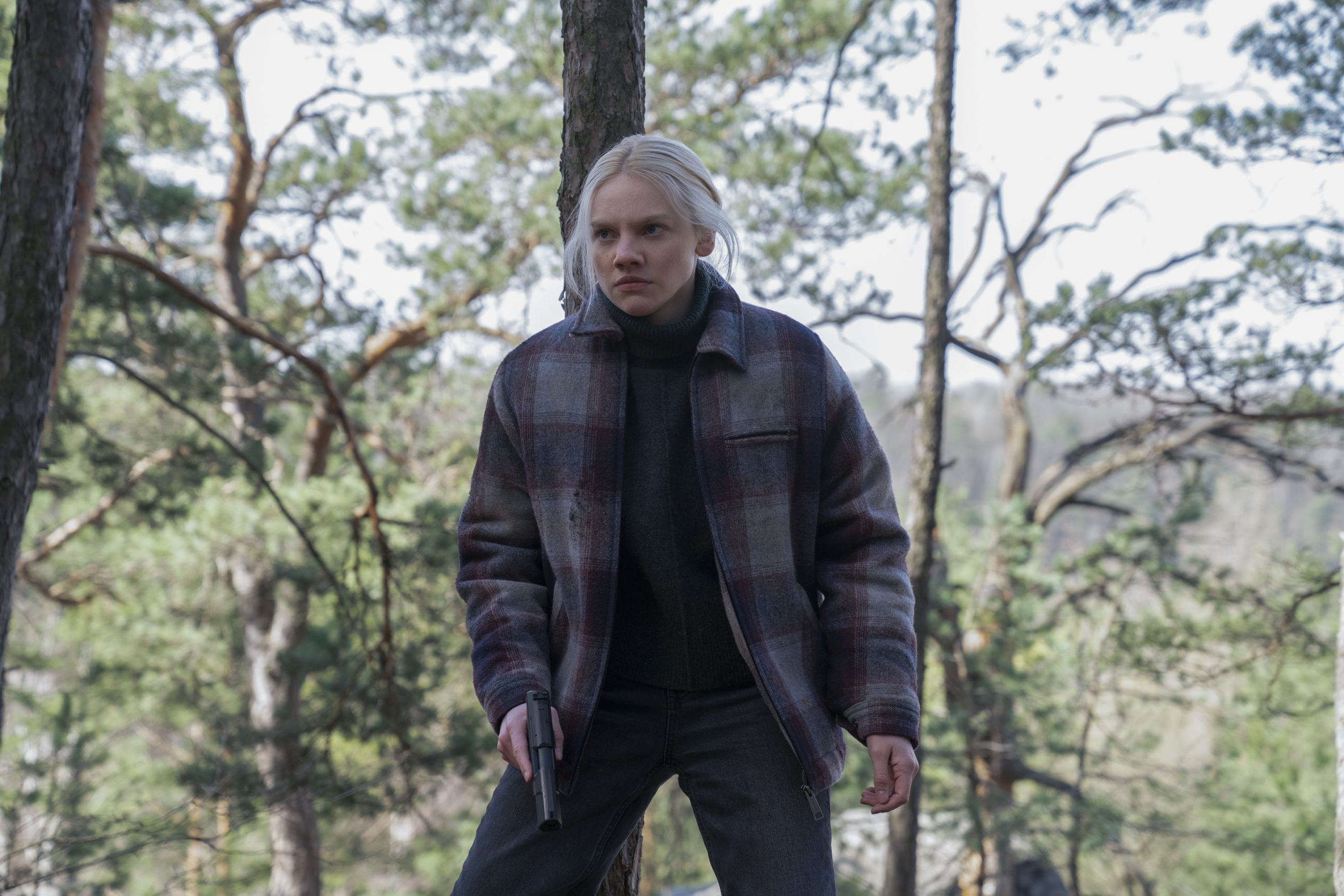 It’s probably unrealistic and done in a way to purposefully portray Sandy as Hanna’s dark reflection, right? No. Take a stroll through social media and you’ll see pass-outs from premier educational institutes parroting regressive things being said by demagogues and rabble-rousers. You’ll probably empathise with them, and Sandy as well, thinking that they’re merely brainwashed. However, that’s probably not the case. The bigotry was probably always inside them. They’re just getting to express it as those thoughts are being validated by public figures.

While Hanna and Sandy’s moral compasses are quite resolute, others such as Marissa, Terri (Cherrelle Skeete), and Jules (Gianna Kehl) represent the varying ways in which people can change if they’re guided by a force for good. Their arcs are very spoiler-y. So, it’s best not to get into that, or anything plot-wise, in detail. What we can talk about though are the performances. Creed-Miles is given a lot to work with and she displays an immensely wide range of nuanced emotions. Her expressions are so fine and minute, and yet incredibly powerful. Sandy is probably one of my most loathed characters in TV history, and Daly deserves all the credit for that.

She aptly channels this kind of high-handedness to masquerade Sandy’s insecurities that people just love to hate, while keeping things borderline humane. Mireille Enos is a goddess, handling dramatic and action-packed scenes with equal ease and precision. It’s truly a masterclass of a performance. Liotta is nightmarish and haunting. Mulroney is brilliantly snake-like and he somehow manages to exude charm despite his character’s gaunt look for this season. Bessa is instantly magnetic and his chemistry with Creed-Miles is palpable. And while this is expected from the main cast, you can see the same amount of care and detail in the supporting cast’s performances as well, with Chloe Pirrie’s Brianna Stapleton and Sam Swainsbury’s Ethan Williams clearly being the standouts.

Hanna Season 3 is the best-paced one out of the three seasons. You can really feel the urgency of the situation because no time is wasted in unnecessary side-quests or discussions. Every single frame, every single second, every single action is there to push the plot forward. This season is the most action-packed out of the three and you can see a marked upgrade in that department as well. Most of it still features close-ups and mid shots, like the previous seasons. But they are choreographed, performed (by the actors and their stunt doubles), and edited to be comprehensive.

Largely because they are driven by emotion. Season 3 looks and sounds better than its predecessors. To be honest, it looks and sounds better than a lot of shows that are aiming to make a mark in the spy-action sub-genre but are restricting itself to dull grey hues and droning sounds to appear serious. Hanna’s score is pulpy and electric, with Karen O’s ‘Anti-Lullaby’ showing up in unexpected places to make you cry like a baby. The showrunners aren’t afraid to opt for settings with colour and naturally dynamic lighting, which only add to the show’s appeal. So, yes, all in all Hanna is one of the best shows of the year.

Hanna is a criminally underrated (a word that I don’t use lightly) show and one that many probably haven’t even watched because nobody really talks about it a lot. If you are one of them, you should instantly remedy that. Season 1 is pretty perfect, with a Joel Kinnaman performance that will have you reaching for the tissues. Season 2 is a bit of a slog as it keeps revolving around a limited number of plot points. But when it gets going, it gets going. And Hanna Season 3 is actually perfect, filled to the brim with action, drama, great acting, great sound design, great cinematography, great production design, and most importantly, a story that highlights the devolution of society through technology. If you are aware of what’s happening around you and if you are especially aware of what’s happening in a country like India that likes to call itself a democracy, Hanna is quite the scary watch. In the show, Hanna is there to save the day and inspire change. What’s her real-life counterpart? No clue.