What must we do to exist?

Not in an isolated, individualistic, or existential context but in a social, pragmatic, and collectivistic sense. How do we treat our day-to-day lives in a world brimming with distinctive identities, sentiments, ideas, upbringings, belief systems, and class structures that are interconnected in different magnitudes with each other in different times and different places, all in an everchanging socio-cultural and economic model? Someone birthed in one of the biggest melting pots of cultures might have something to say. Maybe he does not have an answer but he seems to embolden this question more articulately, more affirmatively than most of us. Quoting Slavoj Žižek, “In the 20th century, we tried to change the world and failed miserably. Maybe now is the time to interpret it.”

In Saeed Akhtar Mirza, we have possibly the most unforgiving, underseen, and uniquely cinematic powerhouse of the Indian Parallel Cinema. Mr. Mirza is a realist, a stark and prosaic realist. He sculpts his characters with utmost authenticity, rooted in culture, stuffing them with ideologies, intermingling them with situational quandaries, allowing redemption but maybe not too much. They clash with each other in the form of sparkling conversations that are locked in Mr. Mirza’s frames. There never seems to be an answer but contemplative confusions and eloquent vulnerabilities. Saeed Akhtar Mirza may not be a dreamer, but he likes to dream. He dips the day-to-day doldrums of his films in the spirit of wonder.

Ranked in chronological order of release: 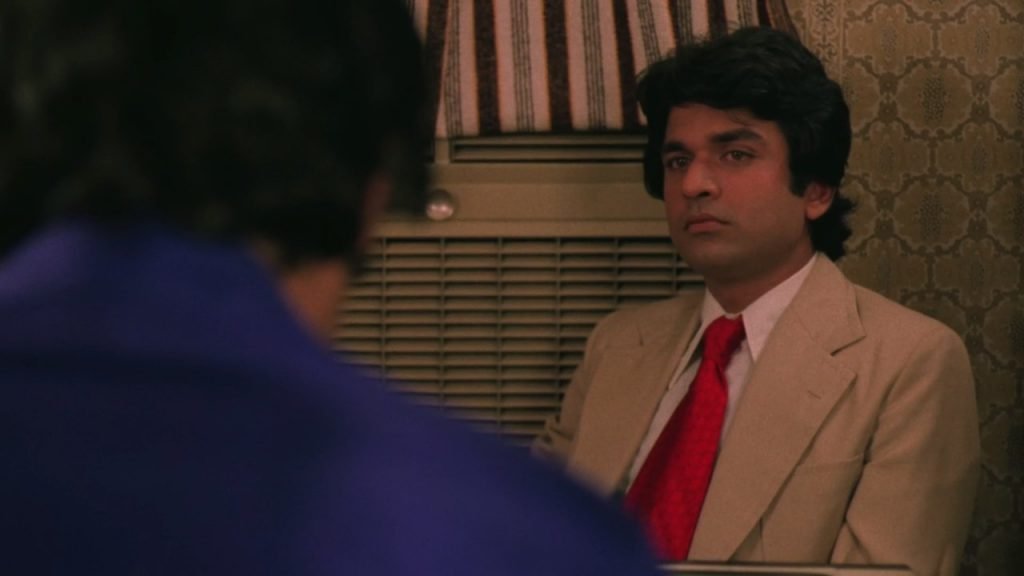 Mr. Saeed Akhtar Mirza is angry, albeit he ferments his anger, he does not provoke rather packs and stores his feelings long enough for its existence to solidify, to grow denser, to contemplate its own inexhaustive identity, over the course it grows repugnant and nauseating, it becomes inescapable and probably unforgettable. The directorial debut of Indian parallel cinema’s undervalued Saeed Akhtar Mirza is a very sensitively crafted mood piece. With an effervescent political backdrop of mill workers demanding an increase in their paltry wage structure, the film’s treatise focuses on Arvind Desai’s existential quandary. The son of a wealthy businessman in the economic contrariety of Mumbai looks after the ostentatious handicraft product shop he’s inherited. Before welcoming the viewers into the world of Arvind Desai, pre-credits- the film instigates into a piercing baseline intercutting between the handicraftsmen and women, introducing the filmmaker’s trailblazing filmmaking methodology, which gains greater weight as the film progresses.

Like other filmmaking greats, cinematic treatment is the spinal cord of Saeed Akhtar Mirza’s philosophy irrespective of the content. Despite being a fairly dialogue-driven film, the filmmaker shifts gears through silence elevated by cold cinematography and dissonant, grainy sound handle. He carefully weaves sensibilities of portraying Arvind Desai’s incertitude, his familial dynamics- father’s pseudo modern pacificist character, mother’s taciturn presence, plastic love interest relationship, etc. Mr. Mirza’s greatest tool is the awareness with which he narrates each sequence, very consciously using his ammunition to tackle ideologies of different sorts while being radically universal, wrapped, and sealed in observation. 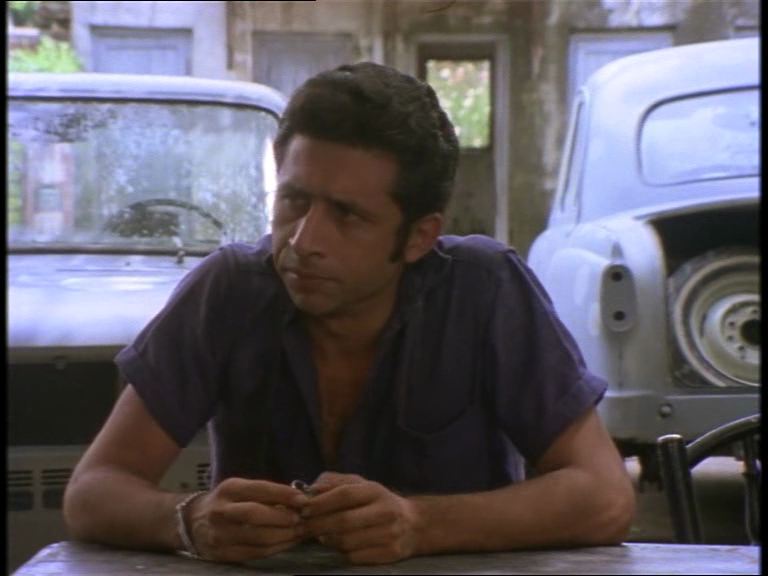 Albert Pinto Ko Gussa Kyon Ata Hai, the director’s sophomore work is also the 2nd installment in the labor exploitation segment albeit treated differently, it is more ferocious, assertive as the title suggests, than Mr. Mirza’s debut. Arguably Naseeruddin Shah’s career-best performance, Albert Pinto works as a mechanic and lives with his family that includes his parents and two of his siblings. His father works in the mill and actively takes part in the ongoing fight against the capitalist owners responsible for economic repression, something which Albert disapproves of. His brother is of a seemingly nihilistic sentimentality indulging in gambling activities while his limping sister is a dutiful workaholic played by the hypnotic and iconic Smita Patil.

Albert Pinto Ko Kyu Ghussa Aata Hai is a scorching slow burner that although very fiery in its scaffold tends to flesh out very introspectively. It ignites the principality and moral conflicts which slowly decomposes and directs Albert Pinto’s fire into another form while communicating his resentment and vulnerabilities with togetherness and compassion. Saeed Akhtar Mirza’s impeccable sensibilities always reach the light in the film’s entirety. His vision, sensitivity, care, and kindliness hold while never extinguishing the incandescence i.e., the portrayal of the oppression. 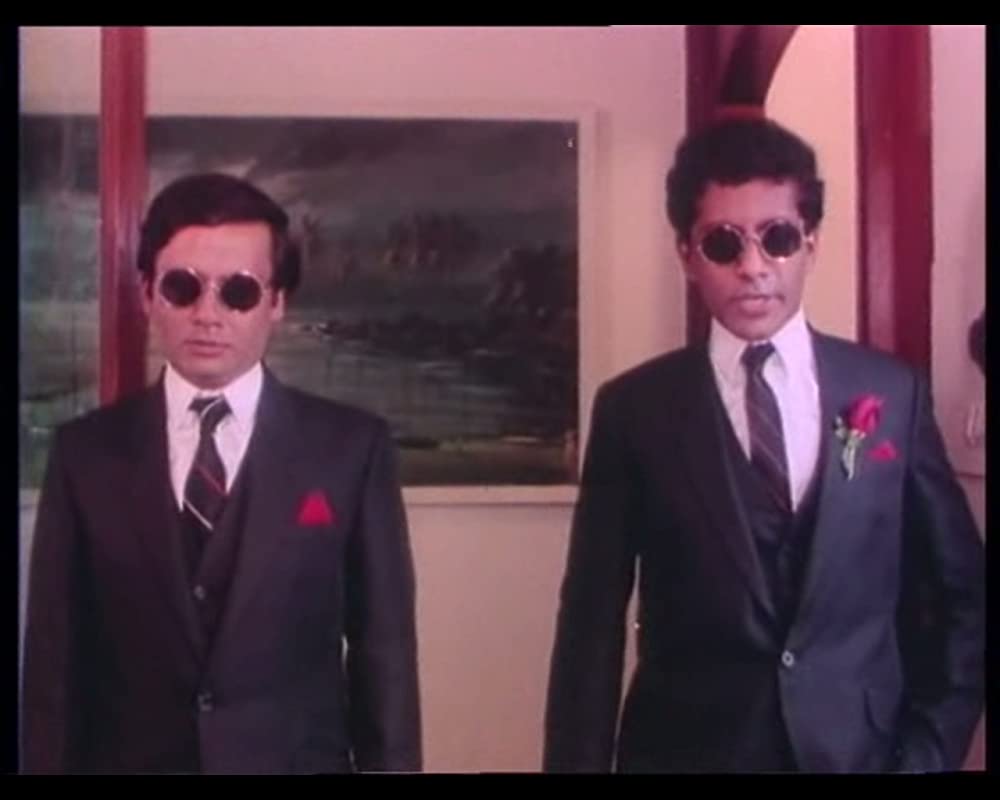 Saeed Akhtar Mirza’s third feature is a snarling burlesque emboldened in satire. In his trademark titular implication, the film revolves around Mohan Joshi’s judicial pilgrimage in the quest for the betterment of the dilapidated living conditions in the lower-middle-class underbelly of South Bombay (now Mumbai). In very Yasujiro Ozu-inspired editorial choices and image construction, the film arrives from the school of thought that constantly thwarts juxtaposition between the perilous problems of the people and its parodic treatment. The characters portrayed in the portrait as human particles that are abrasively caricatured archetypes- landlord, his promoters, the judiciary, indistinguishable yet reverberatory voices residing in the bemired spineless concrete establishment.

The film very fascinatingly embarks upon a neatly crafted existential romance that dreams in the perennial comatose and never wakes up. The constant conflict splashed across the viewer in a rather unorthodox welcoming structure dehydrating the animosity that is usually bubbling in films of such nature. Saeed Akhtar Mirza unmasks himself in the final few minutes taking sharp angry turns before crashing down, transforming a succinct tale into a ubiquitous political rumination. 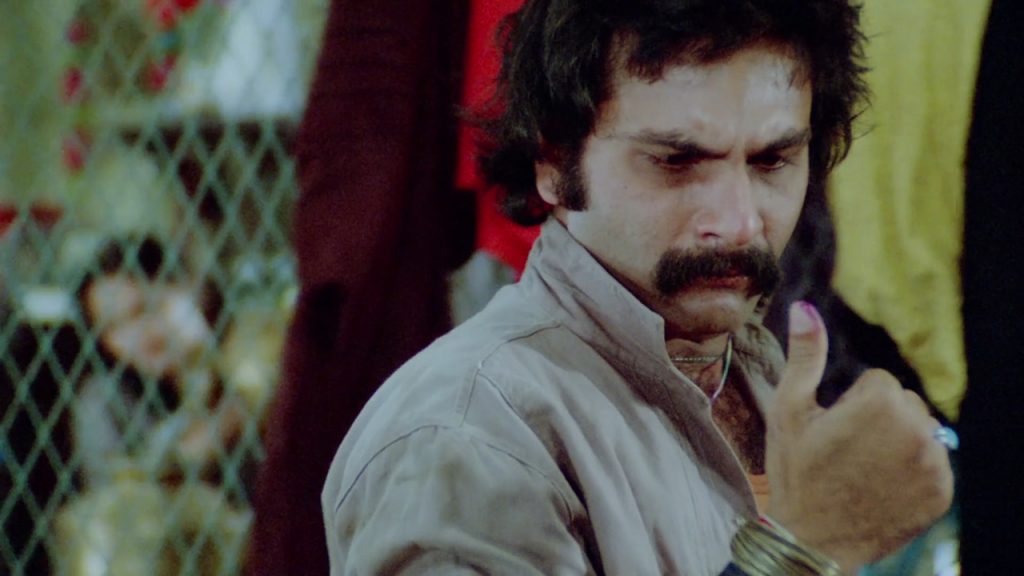 In his most prominent film, the indomitable Indian parallel maverick resorts to an all-guns ablaze hoodlum tale south of Mumbai. Pitted in the undersides of a predominantly Muslim colony that hears echoes of the decadent communal cries and whispers that have irked India post-independence. Salim along with his two buddies indulge in illegal activities that are rampant in and around his locale. His father is an unemployed mill worker, his mother outsources tailor work and takes care of the house, his sister is in the process of getting married.

Cinematically Mr. Mirza’s least farther from conventions, it is sprinkled with strikingly contemplative irregularities that make it as much as a Saeed Akhtar Mirza installation as the rest of his oeuvre. Uncut dialogue sequences, consciously driven narrative that unfolds redemptively. He introduces various segments of ideas as characters and subplots to mystify the themes stressing the absence of unambiguity. Like the rest of his films, he does not provide answers, he poses questions, he tries his best to vindicate the gray elements while prying the inescapability of circumstances, the complicated conditions of life. In an iconic self-actualization sequence, Salim gazes into a musical lighter he is gifted to, plucking it on and off, burning out, and in-the camera sumptuously rotates on a glider allowing the narrative to meditate and think. Saeed Akhtar Mirza provides a quite magical feeling, enveloping the film in an entrancement that is truly breathtaking and beautiful. 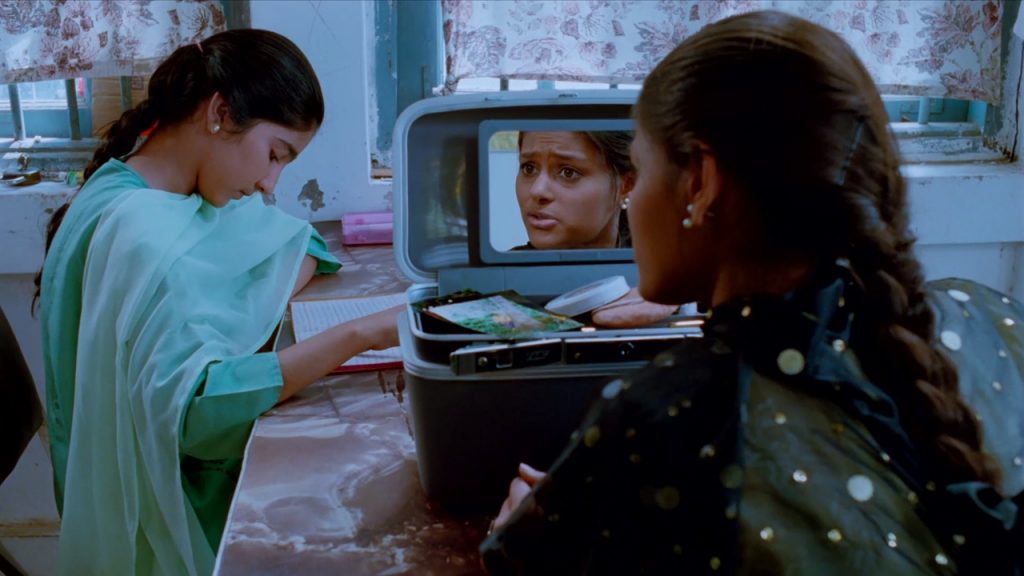 Saeed Akhtar Mirza’s final film is a somber yet warm metaphorical exhibition mostly within the fences of a house located in Mumbai pre-1992 riots over the Babri Masjid demolition in the state of Uttar Pradesh. Naseem revolves around the allegorical display of a girl with the same name living in a household partitioned in ideology and ideological exchanges patched by her frequent visits into the memories of her grandfather.

Related to Saeed Akhtar Mirza: The Reincarnation of Indian Cinema

The rest of Mr. Mirza’s filmography (barring his debut) although perpetually sincere- fervently and angrily laughs at the overarching situational quandaries and political conflicts- both philosophical and pragmatic. Naseem, however, is a meditation that takes off in the illumination of reflection and ascends into light, not in optimism but rumination. It highlights the director’s nuanced and sensitive lenses with which he has not only filmed- willfully glided camera movements and well-composed images, but choreographed the characters, their exchange, and turmoil; the volcanic political context constantly bubbling in the backdrop…slowly burning, cognizant of its conflagration.