The Empire (Season 1), an eight-episode season is built for a multi-season franchise series, to be consumed by an Indian Audience attuned to high-budgeted drama like Game of Thrones, Resurrection Ertugrul, etc. The primary reason would be its source material, a series of books written by Alex Rutherford, fictionalizing the rise and fall of the Mughals and their subsequent empire. And therein lies the key distinction.

This is a show based on source material dealing with historical fiction, a genre whose basic tenet is to fill in the gaps between events in history for dramatized purposes. The Empire – Season 1 deals with Babur, his rise to power at the age of 14, due to the untimely demise of his father Umar Sheikh, the king of Ferghana, and his subsequent conflicts with Shaibani Khan, an Uzbek leader known for his cruelty and his intensity.

The show suffers at least in the beginning from poor visual effects, partly because as the pilot of the show, the makers’ main motivation was to sell the show to an Indian audience associated with watching period pieces made by the ilk of Sanjay Leela Bhansali and others. If the fact that the Bhansali motifs look very familiar, that’s because the director was an AD in the Bhansali joint Padmaavat and Bajirao Mastani. The Bhansali motifs are the strongest points in the show, the production design, the set design, the visual aesthetics – all work, showcasing a show visually pleasing at the very least.

Similar to The Empire (Season 1) – Aarya (Season 1) Hotstar Review: Underutilizes an interesting premise, managing to evoke only an iota of empathy

The show however is hamstrung by its first two episodes, built solely on its setup. It’s not that the visual effects are just screensaver level in terms of quality, the actor playing young Babur is simply not good enough for us to follow him on his journey. This is the same problem that plagues another period piece by Sky productions Domina, a show about Livia Drusilla and Augustus Caesar, whose first two episodes almost hamstrung the entire show because the actors playing their younger counterparts were not interesting enough for the viewers to latch onto. 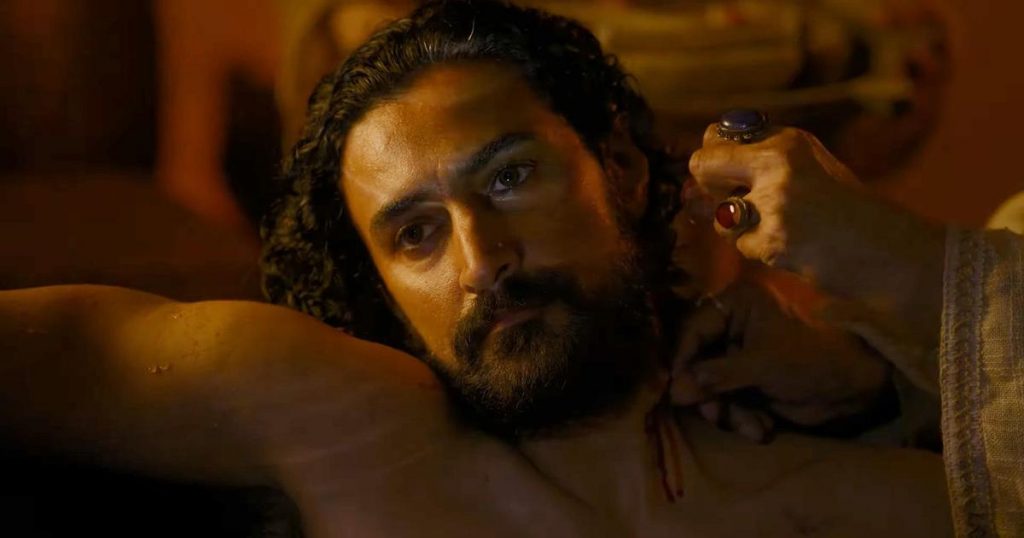 What works though, from the very beginning are some very assured presences from veteran actors like Rahul Dev, who plays Wazir Khan, giving a performance uncannily similar to his role in Ashoka almost 20 years ago. It still works because his performance and screen presence is a necessary addition. Shabana Azmi’s role as Babur’s grandmother is more of the disapproving advisor, far more interested in portraying her disappointment of Babur than in actually giving advice of substance.

It is from Episode 3 that the true thesis statement and the treatment of The Empire come into play. From a dramatized retelling point of view, Season 1 is more interested in showcasing the journey of Babur as a character, than as the emperor of history, a character who is significantly different from the man history knows as. This Babur is a man adrift on his journey, trying to find his destiny and getting lost along the way. And the fact that self-doubt plagues him at every turn, and it’s the women in his life – first his grandmother, then his sister Khanzada, and later his first wife Maham, who tries to guide him along the path – these are interesting wrinkles, showcasing a world where Babur has to contend more with betrayals inside the walls of his house than the outside forces. And here is where The Empire should be given credit.

When the show delves into the internal politics, conversation-heavy scenes, that’s the show’s strongest suit Kunal Kapoor as the older Babur is a steady presence, calmly able to showcase both the confidence as well as the self-doubt plaguing this version of Babur. But the star of this show is undoubtedly Dino Morea as the flamboyant Shaibani Khan. Channeling Ranveer Singh as Alauddin Khilji vibes, Morea’s Shaibaani Khan is a tad bit more restrained than Singh’s Khilji. But it’s Drashti Dhami as Khanzada who excels in restraint, a marked difference from the performances she is used to giving in daytime soap operas, Dhamni’s Khanzada is regal, restrained, cunning, and yet fiercely protective of her brother. 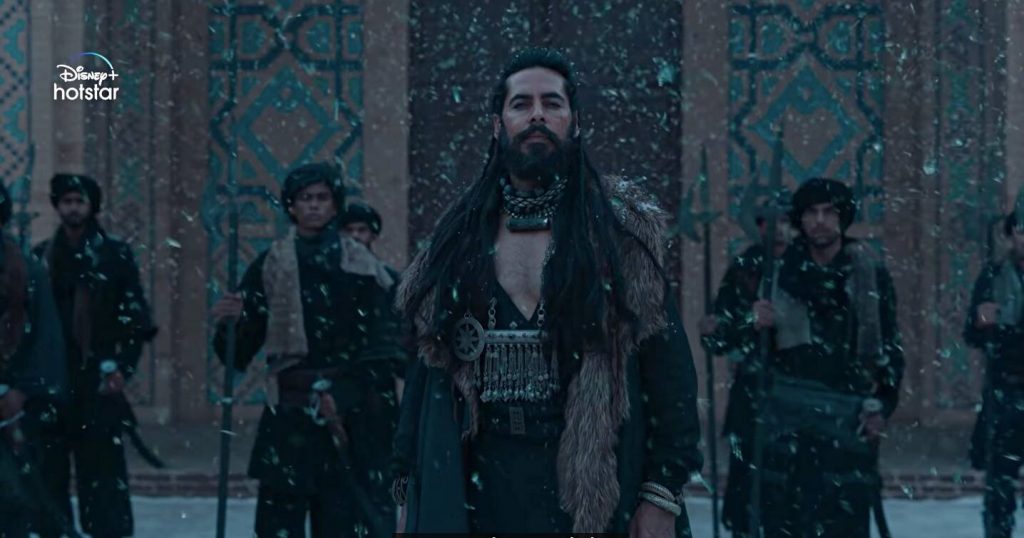 At 320 minutes long, The Empire, with all of its Bhansali aesthetics should be able to deliver a similar sort of catharsis that Bhansali’s films are known to give. However, that is curiously absent here. The battle scenes don’t have enough punch, the story after episode 5 almost becomes like a greatest hits package of Babur’s life, hitting key points like checkmarks in a list until the very end. The second half of this season also gets buoyed down by a significantly weaker supporting cast. It is also very noticeable that Prince Humayun, Kamran look almost similar in age to their Queen mothers. In daytime soap operas that could be ignored, but in a high budgeted web series such as this, with so much effort given to art design and costuming, that’s a noticeable problem.

Addressing the religious-sized elephant in the room, creating a show about the rise of the Mughals in 2021, when history is being looked at primarily through a religious lens, such an undertaking on a lavish scale requires guts, and credit must be given to creator Nikhil Advani and his team. However, this ambition comes at a cost, in a series where Babur looks at Hindustan with almost god-like reverence, when historically Babur’s views on this country weren’t overly positive. The lack of showcasing the different religions, especially once they are in Hindustan also feels intentional, the word “Hindu” being used only in an argument between Khandaza and Babur at the very end. While ambitiousness should be credited, The Empire (Season 1) also feels ambitious without any bite in it.

This is a show which feels 2 episodes too long, but its production and its expansive storytelling ensure that it is watchable and it deserves to be seen. Let’s hope it lives up to its potential if it is renewed for a second season.

The Empire season 1 is now streaming on Disney+Hotstar

He's All That (2021) Netflix Review: An Underwhelming and Under Baked Teen Rom-Com