The Only Son (‘Hitori musuko’, 1936) was a Japanese master of cinema Yasujiro Ozu’s first talkie. Although Mr. Ozu has proved himself a master of classic family dramas with his silent pictures ‘I Was Born, But…’ (1932), ‘The Story of Floating Weeds’ (1934), The Only Son was an important film in Ozu’s evolution as a great film artist, in which he showcased many of his signature aesthetics (the poetic ‘pillow’ shots, low camera angles, static-shots often shot through windows and doorways, dialogues punctuated with silences, and of course the recurring appearance of kettle and bottles at the corner of frames) and pet-themes (familial sacrifices, urban realities, melancholy and loneliness of the working-class characters, etc).  The experimentation with a style that started in The Only Son was brought to full fruition with Ozu’s postwar years’ cinema, starting from his heartbreaking masterpiece Late Spring (1949).

Ozu adapted his own short story (written under the pen name ‘James Maki) and he wrote the script alongside Tadao Ikeda and Masao Arata. Like many of the acclaimed works in the director’s oeuvre, The Only Son seems to have a simple narrative which gradually and subtly reveals deeper issues of urban malaise and generational tension. The film opens in 1923 in the rural province of Shinshu. A hard-working widow named O-Tsune (Choko Iida) working in a local silk-weaving mill has so far saved enough money to send her only son, Ryosuke (Masao Hayama) to school. The boy desires to go to middle school, but the mother disapproves. 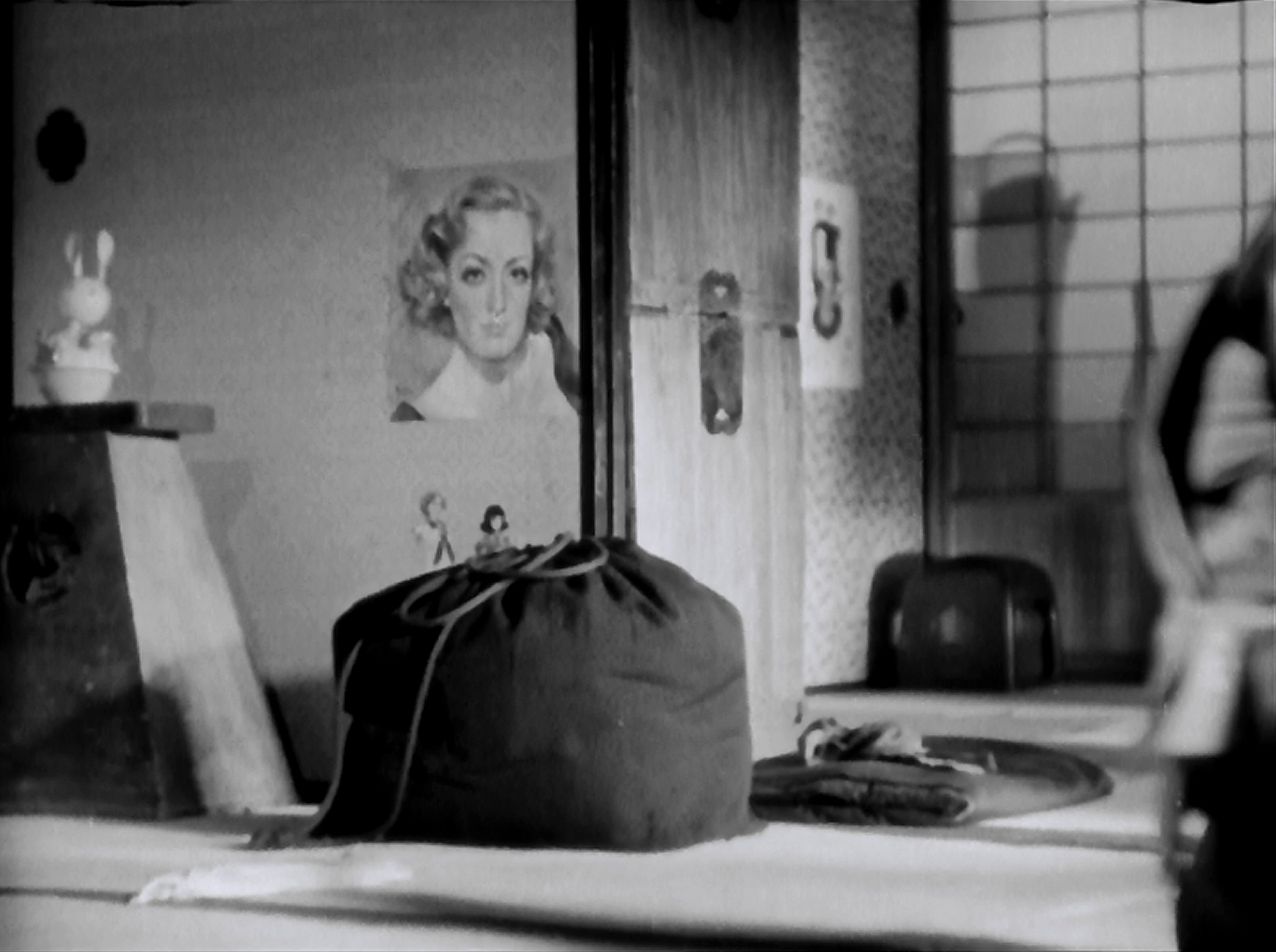 She is later visited by the boy’s teacher, Ookubo (Ozu regular Chishu Ryu) and he praises her for allowing her son to continue schooling. The teacher also says Ryosuke will have a better future if he receives a proper education. Although Tsune gets angry and slaps Ryosuke for lying to his teacher, the boy’s intense desire for education pushes the mother to sacrifice her own financial well-being. The young Ryosuke also promises his mother that he’ll become a ‘great man’. The film then jumps forward to the year 1936. Tsune decides to visit her son (Shin’ichi Himori), living in Tokyo, who has finished college and now working as a night-school teacher.

Similar to The Only Son — 10 Essential Japanese Silent Films

The mother faces several shocks and surprises during her brief visit. She learns Ryosuke has married and has a little son, but he lives in a ramshackle quarter at the edge of an industrial wasteland. Ryosuke’s wife (Yoshiko Tsubouchi) warmly welcomes her mother-in-law, although to entertain the guest, the couple has to make certain sacrifices. Underemployed as the night-school math teacher, Ryosuke is forced to borrow from his colleagues to take his mother on a sightseeing trip. In one brilliantly poignant scene, set against smokestacks of a garbage incinerator, the facade Ryosuke puts up crumbles and he confesses to his mother about his failures and the desperate financial situation.

It is followed by another visually striking poignant exchange when the mother urges her son to not give up. She criticizes her son’s resignation and gives a devastating account of her own difficulties (the presence of tearful wife overhearing this conversation adds to the emotions without overtly manipulating viewers). The mother, however, isn’t fully disappointed in her son as Ryosuke’s compassionate behavior towards a impoverished neighbor makes her feel that she has indeed raised a ‘great man’, even though being a ‘great man’ is often equated with financial success. Still, The Only Son ends with familiar Ozu-esque ambiguity as there’s feeling of disappointment as well as a hope for better future. And whether the characters’ darker realities alleviates or persists, the lyrical final shots remark, as it does in most of Ozu’s cinema: “Life goes on.”

Ozu was considered as the most stubborn among the era’s Japanese directors (which includes masters like Kenji Mizoguchi and Hiroshi Shimizu) for resisting as long as he could to direct talkies. Critics felt that after the 1932 silent classic “I Was Born, But…” Ozu’s artistry was slowly declining. In the book ‘Cinema of Yasujiro Ozu’ (by Woojeong Joo), however, it is mentioned that Ozu’s obstinance wasn’t like that of Charles Chaplin (who made his first talkie only in 1940) but due to the promise he gave to his then regular cinematographer Hideo Shigehara. Shigehara was developing his own sound system at the time and Ozu has promised to make his first talkie film only after the system’s completion. Ozu had made The Only Son with a good understanding of the strengths inherent in the talkie form. He didn’t often go for close-ups to portray the characters’ regret, and rather let the characters’ surroundings (the thumping sound from Tokyo factory or the sounds of loom machine in Shinshu) to register their dissatisfied position. 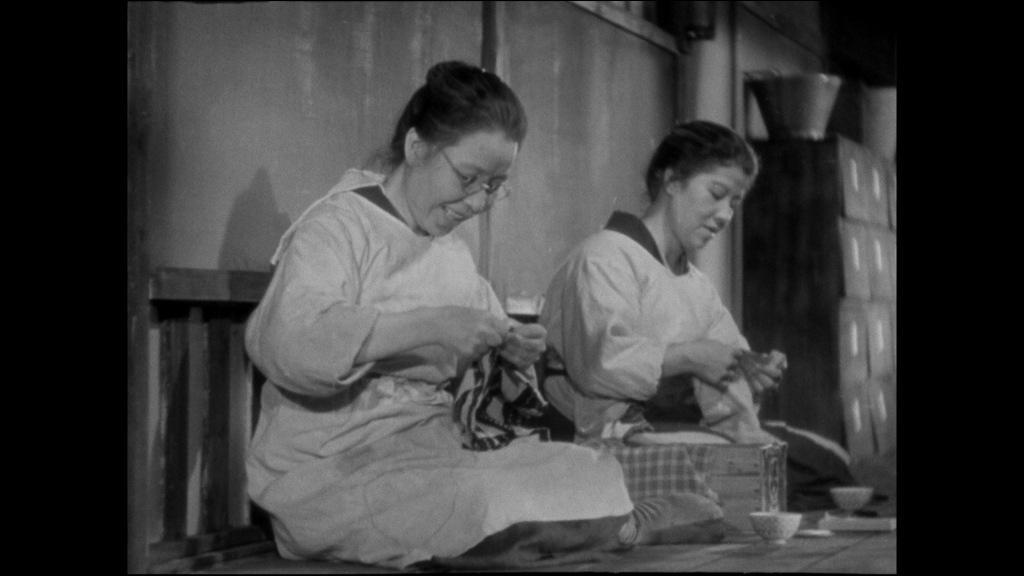 Ozu’s mise-en-scene portrays Tokyo as an urban wasteland as the initial low-angle shots of tall buildings in the affluent districts of the city succeeds with sprawling urban peripheries, which offers an entirely different image of the idealized Tokyo. The recurring shots of washing lines and smoke chimneys establish the peripheral nature of the place, where progression seems to be very limited. Nevertheless, it’s not just the cityscape, but Ozu indicts the whole rapid industrialization process that creates breaches in the family set-up. While in 1923 Tsune works the looms, in 1936 she is reduced to scrubbing floors, since the machines have become sophisticated and are operated by workforce consisting of young women. The reasons for her financial burden (which she confides to her son earlier) are subtly yet painfully evoked in these final shots of the woman scrubbing the floor and resting outside.

Also, Read — Kabei: Our Mother [2008] — An Altruistic Mother in an Indoctrinated Society

Ozu also suggests the promise of modernity in the earlier 1923 set-up (a nation that’s trying to fully break from its feudal past) through the teacher character. Ookubo, played by Chishu Ryu, is shown as a symbol of the ambitious urban salary-man. The severe economic depression of the mid-1930s, however, reduces Mr. Ookubo to do odd jobs who is further pressured by having ‘blessed’ with four children. Ryosuke sees his possible future-self in his former teacher’s predicament.

Ozu’s works are steeped in ambiguity and are devoid of cheap moralization. The mother (Tsune) appreciates her son’s (Ryosuke) benevolence, although she’s fully aware that moral perfection alone couldn’t feed himself or his family. The characters do go through emotional arcs in the narrative, but they are not magically transformed by it. The weight of personal disappointments and truth of their realities haunt them despite inherently holding back a sense of optimism (such is the nature of life). Eventually, it is Ozu’s nuanced stylistic elements that retain a sense of beauty and charm regardless of the heavy emotions in play. The film-maker’s pure humanist vision always provides us the much-needed solace to confront the void and ennui of everyday life.

The Only Son Links: IMDB, Letterboxd