Sabu, a Takeshi Kitano-generation film-maker, achieved cult status for his singular ability to smoothly incorporate elements of absurdist comedy, heartwarming drama, and kinetic action. He likes to dart between different films genres, sometimes within a single movie. With his 16th directorial venture Jam (2019), Sabu once again dips into a comedy of absurd territory. While his narrative structure tackles three story-lines that gently interlace with each other. Jam isn’t definitely one of Sabu’s best works, or at least as good as his previous poignant drama Mr. Long (2017). But still, the film takes us on a wild ride, marked by the director’s trademark frenetic pace.

Jam contains a circular narrative structure, opening with an injured, delirious woman flying through a car’s windshield. Then it unfolds in flashbacks, the first story featuring a young enka (Japanese ballad) singer/songwriter, Hiroshi (Sho Aoyagi) sitting in front of a mirror, testing the moves he has to do in his stage performance. Hiroshi is performing at a small, rundown hall, but his fans, predominantly middle-aged women, fill the seats and seem to worship him. Hiroshi likes the attention, but we sense the feeling of boredom and emptiness lying beneath his extravagant gestures. Later, Hiroshi organizes a meeting for his devoted fans, where he comes across a woman so obsessed with him that she finds profound meanings even in his song line-up.

When Hiroshi starts to make his way home, the same zealous fan named Masako (Mariko Tsutui) is waiting for him and offers a hot, terrible soup. He obediently drinks it down and faints. The next story follows Tetsuo (Suzuki Nobuyuki), an ex-con recently released from prison and hell-bent on taking revenge on his former criminal associates who left him in the hands of police. Tetsuo also meets his senile, elderly, wheel-chair bound grandmother and takes her with him. Since the men Tetsuo wants to kill are yakuza, a different set of clubs & knife-wielding gangsters sporadically attack him. He just wheels the old woman out of harm’s way and dispatches the bad guys with a hammer. 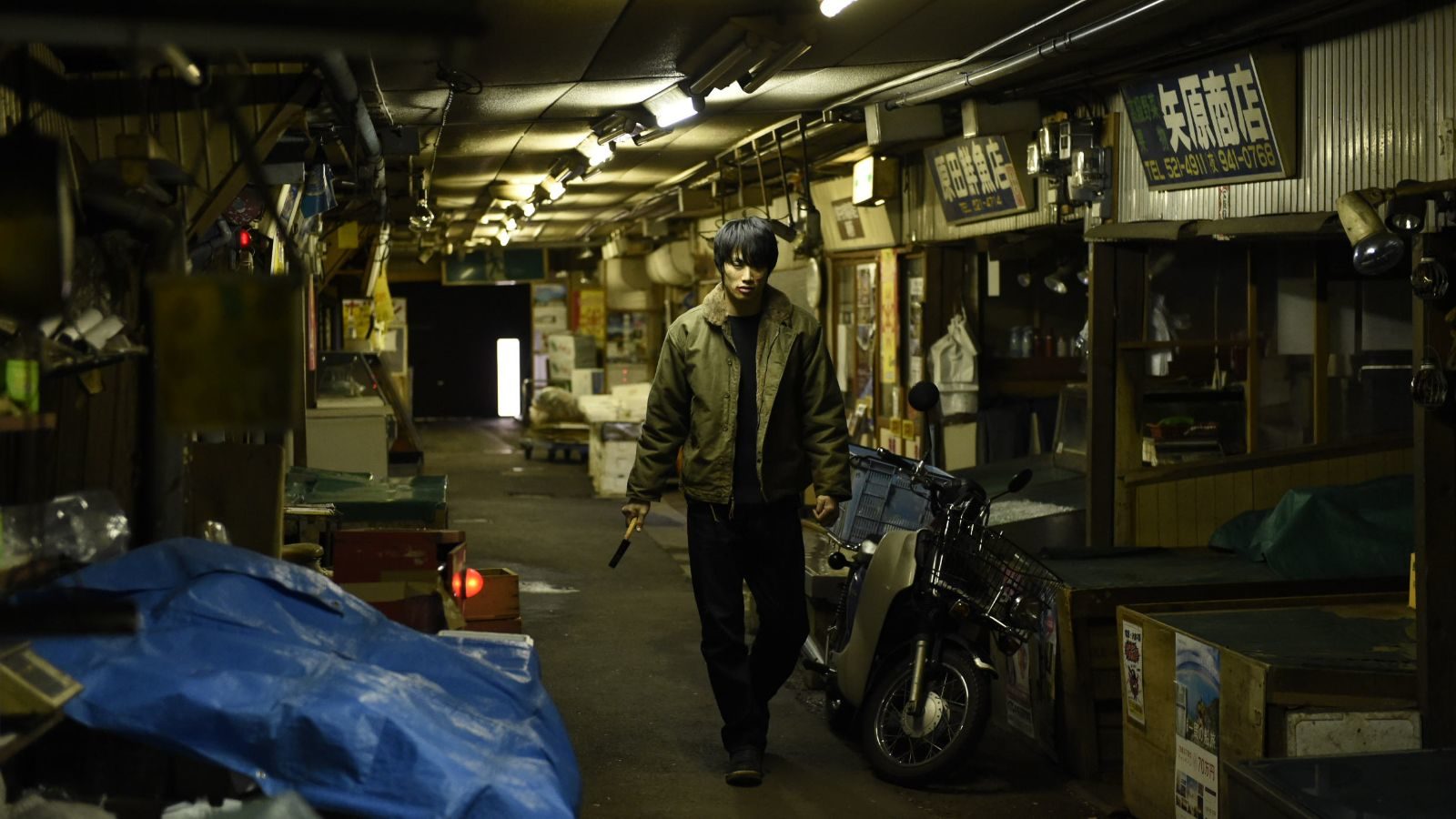 Finally, there’s Takeru (Keita Machida), a naïve good-hearted young man, who rides through the city in his car searching for people in need of help. He believes he can awaken his comatose girlfriend if he performs at least three good deeds every day. The paths of the three men converge in unpredictable ways, and their destinies are predominantly driven by a woman in their life. In Hiroshi’s case, Masako plays an extreme role as she abducts him and forces to compose a song to cherish his number one fan.

Jam doesn’t have much of an original story, its story-lines having been inspired by ‘Misery’ and popular manga ‘Lone Wolf and Cub’. But Sabu makes up for that through his usual amalgamation of parody and poignancy. Although taken individually, the stories’ trajectory seems uneven and wobbly, Sabu’s interweaving methods (and temporal jumps) takes us on an engaging emotional ride. The film-maker finds an order among the chaos and hints at the ironies that marks the three individuals’ life.

The performances are top-notch, especially Aoyagi as Hiroshi and Tsutsui as Masako. Tstusui doesn’t emulate Kathy Bates’ intimidating nature, but rather brings a sensitivity to a character that otherwise might just be labeled ‘mad’. Towards the ending, we even sympathize for Masako’s wounded psyche despite her unhinged actions.