It is interesting to note how the Japanese cult director Sabu (pseudonym of actor Hiroyuki Tanaka) gracefully moves between different narrative tones within the first 30 minutes of Mr. Long (‘Ryu san’, 2017), probably his most accessible film to date. The film opens in the city of Kaohsiung, (Taiwan) with gang members engaged in Tarantino-esque banter about their recent hit-job. The titular character suddenly bursts into the scene and knifes the group of tattooed gangsters before letting them emit a scream. Mr Long, played by the veteran Taiwanese actor Chen Chang (‘Crouching Tiger, Hidden Dragon’, ‘The Assassin’), is a calm, solitary, and disciplined killer, the familiar figure seen in movies like ‘Le Samourai’ & ‘Leon’.

After casually dispatching the gangsters, he walks back to the hotel, washes off the blood, and cooks some dumplings. Long’s next assignment takes him to Tokyo. But the job goes wrong and he gets caught by the ruthless yakuza. A lucky intervention saves him from death, but having lost his passport and heavily injured during the escape, Long ends up in a rusty, abandoned neighborhood. A little boy named Jun (Bai Run-yin) shows up out of nowhere. He befriends and helps Long (the kid drops off food, clothes, and medicine) during this recuperative phase. Jun lives in the broken-down neighborhood with his junkie mother, Lily (Yi Ti Yao).

Related to Mr Long – THE SCOUNDRELS [2019]: ‘NYAFF’ REVIEW – A STANDARD FARE WHICH COULD HAVE STOOD OUT WITH A DIFFERENT APPROACH

Sabu’s Mr. Long is an eclectic mixture of violence, absurdity, eccentricity, and heart-warming sentimentality. Thanks to the director’s seamless transition between different moods that the narrative shifts don’t come across as ridiculous. From an aesthetic viewpoint, we could say Sabu tinges the narrative with the realism and restraint of art-house cinema. There’s nothing unpredictable about the narrative conceit: Long saves Jun’s mother from drugs and becomes a father figure for Jun. 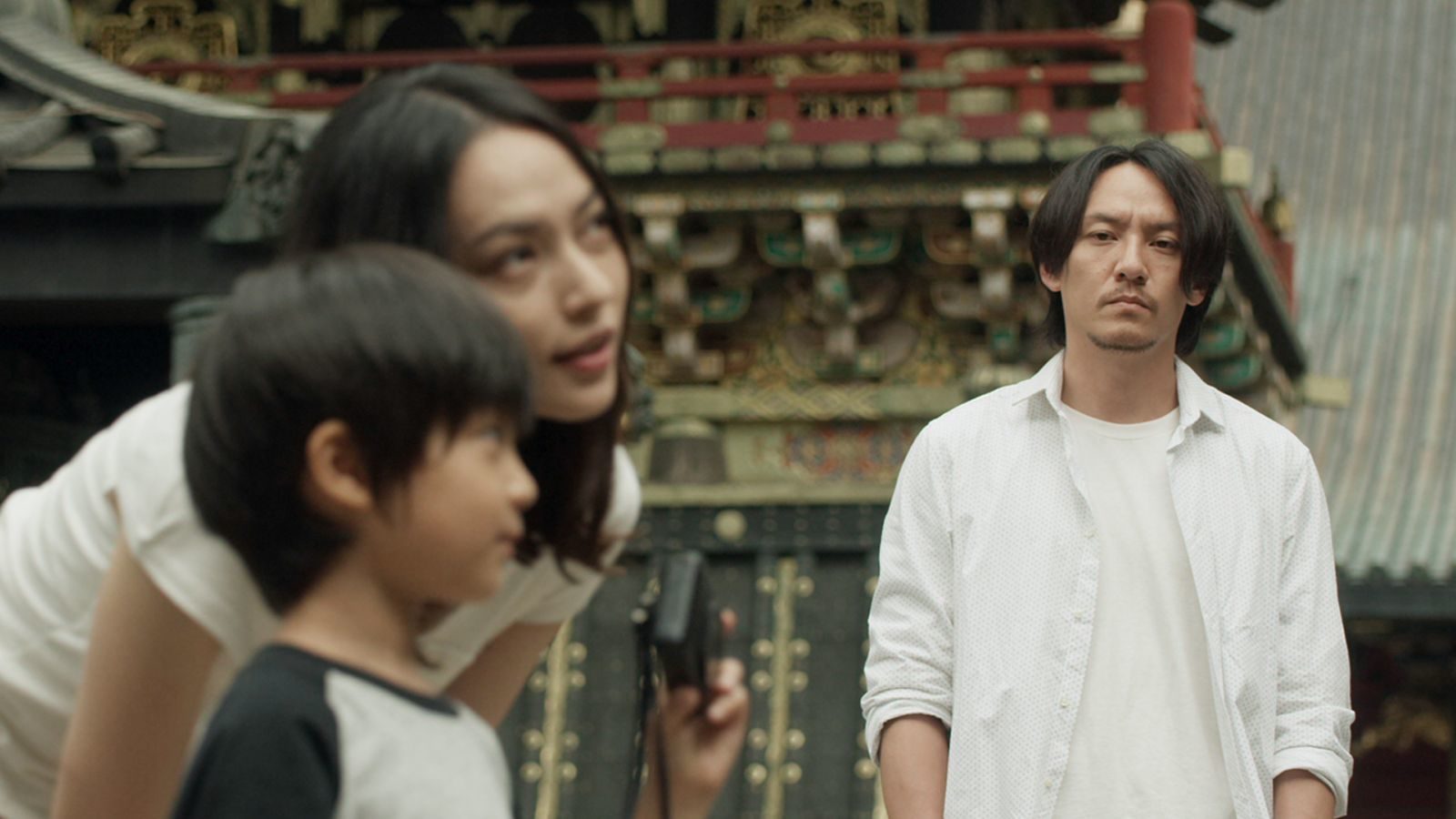 A brief flashback depicting Lily’s dark past suggests it would come back to haunt her, in the same manner, we wait for Long’s new life to crumble. Since Long feels he owes his life to the kid, he, of course, has to slice a few jugulars to save Jun. Despite happenstances and a manipulative construct, Sabu knows how to achieve the emotional epiphanies with considerable nuance and charm.

A flurry of comedic vignettes involving bourgeois neighbors of Long & Jun happens to be the film’s most memorable aspect. Long isn’t bothered by his isolation in a strange land and he remains stoic as ever. But an old man comes across Long on a rainy day and tastes the soup he prepares, made after scavenging through the neighborhood for pots and plates. The old man asks Long to cook for him. Soon, the reticent killer finds himself in the company of an elderly couple and helping them with their lunch party. The well-mannered neighbors love Long’s culinary skills and they talk of setting up a food cart in the neighborhood.

Long, who doesn’t understand a single word of Japanese, just awkwardly watches his hosts’ garrulous exchanges. Soon, these helpful neighbors set up a beef noodle stall near the Buddhist temple, and the customers go gaga about this silent yet cute-looking noodle chef. The knife Long now holds serves a different function.  The killing machine’s baffling encounters with these neighborhood folks serve us lot of tender as well as chuckle-worthy moments. 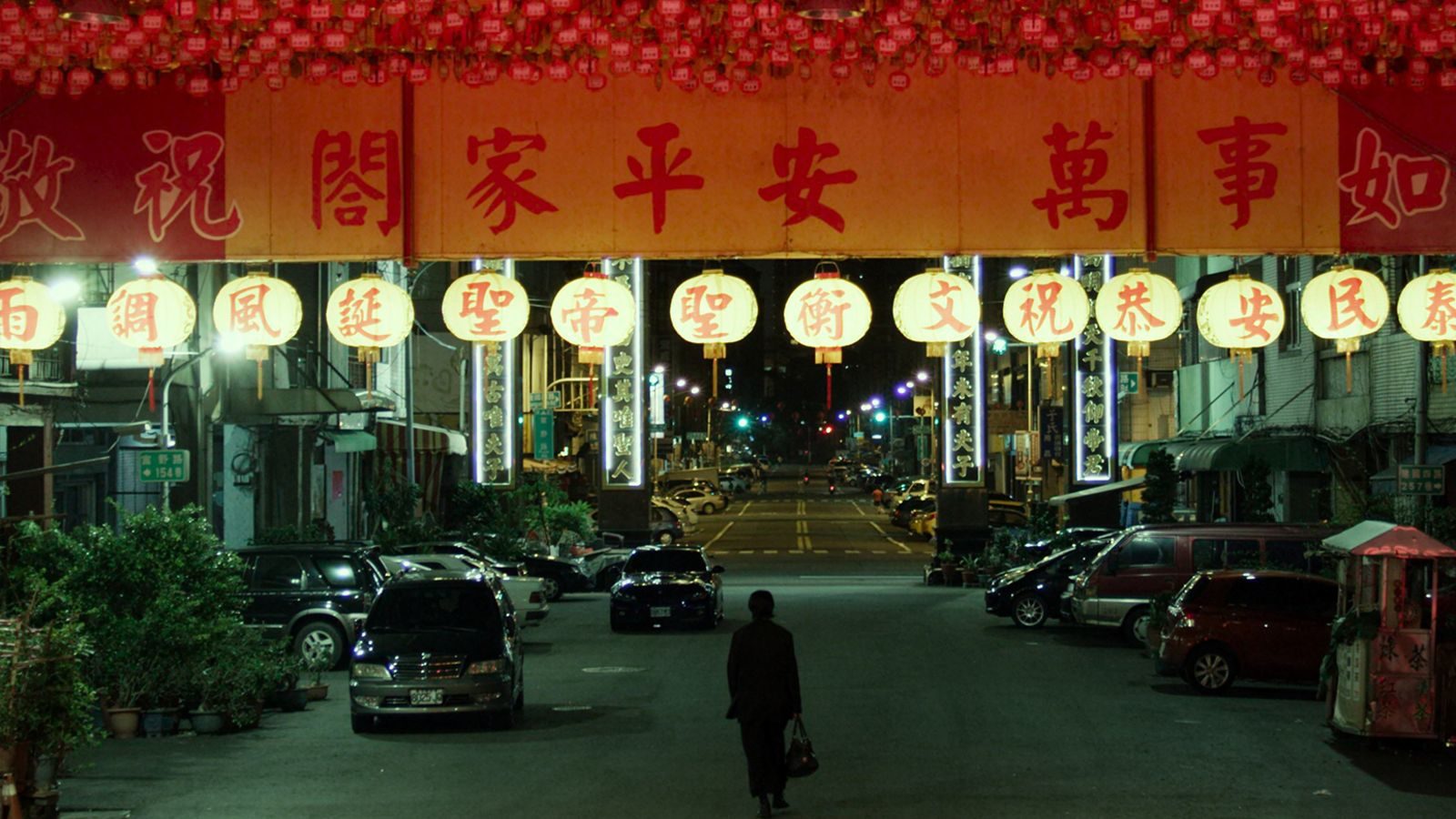 Mr Long often reminds us of Takeshi Kitano’s works, especially the way writer/director Sabu employs crime and eccentric comedy elements to enrich the drama. Moreover, Sabu’s choice to cast a foreign actor in a Japanese movie pays off very well. The absence of a language barrier wouldn’t have made the narrative setup this fascinating. And the director has done well in casting Chen Chang in the central role. The Taiwanese actor perfectly manages to convey his inner feelings despite his silent composure, while adding a lot of flair to his role of enigmatic hit-man.

Sabu’s staging and camera angles give the film a classier look, particularly in the scenes when Long, Jun, and Lily become the members of a happy make-shift family. Sabu does a good deal of symbolization with the pottery the family makes, but largely this union of redemption-seeking souls doesn’t come across as sugary or nonsensical. Once again it’s due to the high-quality direction that highlights the moment of happiness in subdued tones. Mr. Long isn’t definitely without flaws as it embraces the very old-school mode of sentimentality for the traffic jam-causing teary climax. And Lily’s doomed romance in an extended flashback seems too perfunctory.

Yet Mr Long (128 minutes) should be experienced for Sabu’s methodical play with contrasting narrative tones, which transcends a generic tale into a tender fable about human connections.