This Is Not a Comedy [2022] Netflix Review: As a comedian in his 40s, Gabriel has achieved very little in his life. He does not have a steady job or a steady income. And even if he has a place to come back to every day, there is no semblance of financial stability in his life. He earns a meagre pay with whatever amount of stand-up comedy gigs he can score. Within that limited scope, he does not seem to have progressed beyond what a newcomer in the field can achieve. As a comic, he has a morbid sense of humour that falls flat with his adult audience.

And Gabriel does not want to change his style or comedic beats for the sake of getting more success. He is committed to an uncommon level of honesty through his work, which makes his narrative a classic tragic tale. The inability to grow as an adult in a practical sense keeps him in the same place. Even his same-aged peers are much more successful than him for their ability to mould according to the requirements. And his commitment to an authentic depiction of emotions further makes him romanticize these tragic bits of his life. Although not satisfied, he derives a sense of comfort from this way of managing his life.

And the same affection towards comfort adds to his share of problems – where nothing seems to be pushing him to reach a new stage in life or to make a transition. He stays crippled with the privileges he has that keep him in a shell of protection. It leads to an unstable relationship with his girlfriend and an abundance of lack of confidence. He looks constantly puzzled and anxious, almost like a small puppy left without a hand to control its path. The bewilderment becomes the constant in Gabriel’s routine, which keeps him in the phase of hustling despite having reached the age he is in. 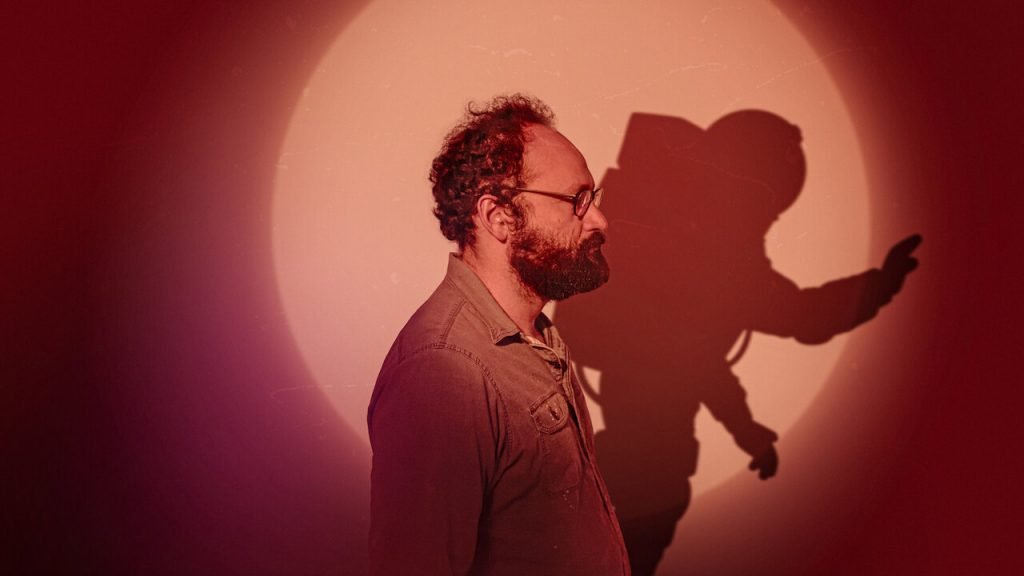 And with such a protagonist, the creators can churn out a bittersweet tale that is highly potent on an emotional level. The journey of this character in the film is focused on the way he reacts to different events in his life, be it a success or a pitfall. The film navigates his reactions on a deeper level by giving it enough space to flourish on its own and by not rushing through its chain of scenarios as a boring way of conveying the plot progression.

We feel the joy on Gabriel’s face with an emerged possibility of being a father. We understand the sudden sense of responsibility he feels while looking at him jumping with a rope just the next morning. As a viewer, you get his drive to be a better version of himself through a sustained camera focused on his movements and reactions. The direction reflects the struggle of a grown child in a devastating manner. It makes sure to keep us psychologically invested in Gabriel’s pathos, and in the way that his depression keeps failing him.

Gabriel Nuncio is raw and impactful with his portrayal of the protagonist. In the meandering detours from the story, his eyes keep the film rooted in the character’s emotions. Be it Cassandra Ciangherotti or Adriana Paz, they are just as impressive to keep us emotionally invested. The cinematography finds the warmth and rigger with its close-ups – to give the actor enough space to enact their intense experience as their character. The warm tones along with the tints of pink & magenta, go hand in hand with the compassionate way of narration. The music binds the realms of surrealism, naturalism, and other-worldly experience with a clear emotional connection.

‘This Is Not a Comedy (El Comediante)’ uses the supernatural elements with the darkly comedic ones and infuses them seamlessly. One moment, Gabriel is seen dancing in a way he expects his character should dance in the film he is writing. The next moment we encounter people looking at him with a mix of pity and misery, denying his script to be taken forward – since his fictional character does not evolve just like him. Any decision, creative or real-life, by him, is similarly ingrained in his worldview. And the loser-trope is highlighted with an incredible amount of compassion that you almost feel guilty for laughing at him.

And that is how his absurd detours function and feel logical in this world that he has created for himself, by himself. In that world, he rejects a great opportunity in sales because that’s not his thing. He cannot work well for an advertising gig that can potentially pay him in big chunks. He is afraid to commit to anything since he is consistently unsure of his worth and sense of responsibility. The escape from this world and the material goals somehow become the logical solution for him, which is why his meandering travel to the other planet fits in aptly in the narrative that he writes. Because that’s what he believes in, firmly. It blurs the lines between reality and fiction and depicts how fiction has much more of the creator’s reality ingrained in the work.

This is not a Comedy is now streaming on Netflix