Home»Reviews»Films This Week»Dear Mother [2022] Netflix Review: A middling comedy based on the oedipal issues
Films This Week/Netflix/OTT/Reviews

The protagonist of Dear Mother (L’origine du monde), Jean-Louis Bordier, is seen through the lens of the Oedipus complex. The phenomenon brought forward by Sigmund Freud describes the attraction one feels to the parent of the opposite sex. The desire is at the crux of the film which poses conflicts in Jean’s life. Due to the unresolved issues with his mother, there are several things that he cannot fully invest in. And in order to get out of this weird pull of desire, he needs to find a solution to put an end to it and to function better in his daily life.

To explain this, the script uses a farcical element to showcase the heartlessness of the protagonist – where his heart suddenly stops beating. He, who works as a lawyer for a high-brow firm from France, deals with his routine without an iota of emotion attached to his work. The soulless regularity feels crucial on one side for a corporate employee trying to benefit both him and his client. However, at the same time, morality does not give a pass to his crude behavior where he passes off remarks without a conscientious way of looking at them. In a case where a father comes along with his young girl to be saved from online defamation, Jean says things with a smugness that does not take the depth of the situation into consideration. And that is how the film showcases the lack of heart in his daily work routine.

Related to Dear Mother – Beats [2019] Review: A Decent Film about an Underdog-Prodigy

Besides his workplace, different situations bring certain unrest in his mind that makes him not being able to perform in sexual scenarios. He finds it all too conflicting in such situations, which tarnishes his image of himself – which even results in an occasional fall in self-confidence. And to uncover a little more of this discontent, the script brings the farcical element – where he is shown with a heart that is not beating – a person who is literally heartless. 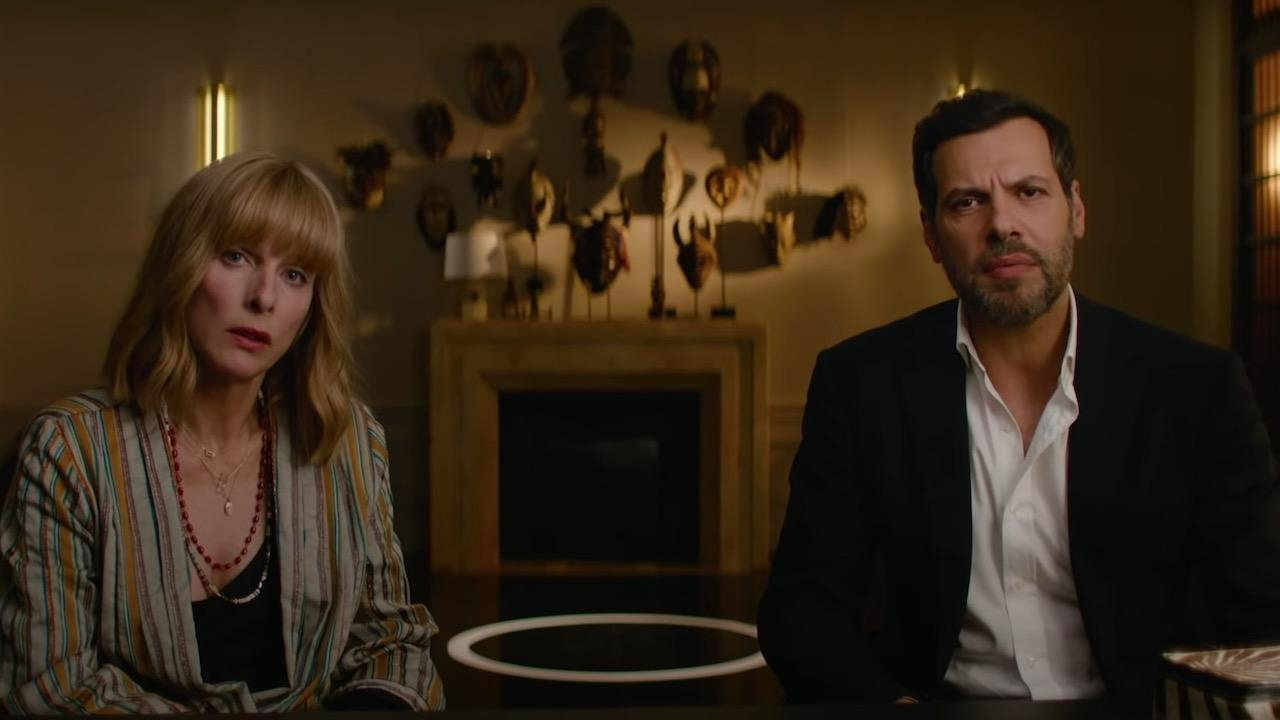 So the further journey to understand the origin of this mystery is almost like his coming-of-age tale based on a bonkers premise. Even while his heart stops beating, he doesn’t die, which is supposedly a natural conclusion of such a scenario! The film sets up this joke in its second act and makes the viewers wait for a long time for the punchline to arrive. From being stuck in this childhood trauma, Jean slowly discovers the root cause for every strange occurrence that happens in the present.

To make us realize this ‘root’, the script takes it quite literally to assign him a strange task – to take a photo of the genital parts of his mother – in short, his origin. The point that the makers want to bring forward is pretty obvious on breaking the taboo regarding this in his mind. It is further shown as a way to make him more open and to speak about his feelings openly and not bottle them up. After all, he hadn’t contacted his mother in decades due to the unspoken emotional rift between them. In order to proceed with his life, to not let his heart stop beating indefinitely, he needs to face the problems without being stuck in the past. The decluttering eventually opens up more possibilities for him.

The film essentially carves a comedy out of Jean’s tragedy. We witness a continuing dose of laughable moments that uses the awkwardness of awkward conversations for its benefit. With the same, it presents the implications of a fragile male ego. The misogynist remarks or any remark in bad taste are presented as an attempt to dissect the behavior of its male characters. The performances make the comedic beats work well for most of the film’s duration. Be it Laurent Lafitte or Vincent Macaigne, they make the best efforts to keep the humor intact with their individual flair.

But just like how knowing all the tricks in magicians’ hands makes the act lose its magic, the film loses its grip once the tricks are understood by a viewer. It cannot hold on to its comedic element for too long. There is not enough substance to back up the length of its long scenes. The jokes are not made in poor taste despite having the elements convenient for it. But the lack of crassness is not enough reason to make the film stand out. The lack of deeper insights about its subject matter makes it a bore at many places. While ambitious with its strange premise, Dear Mother does not become as remarkable as it could have been.