Romantic narratives have been primarily dependent on two conclusions – whether the two end up together or whether they don’t – if it works out in the end or it doesn’t. There’s no escaping that. While we’re fairly aware of how it will end, there is so much to experience in the narration that Three Nights A Week (French Title: Trois nuits par semaine) never loses its charm. It is the opening film at this year’s Venice International Film Festival and is nominated for Queer Lion.

Directed by Florent Gouëlou, this French romantic comedy follows the genre tropes but elevates itself by the very virtue of being different from the bunch – of getting out of the mold of heterosexual love stories. It is one of the rare narratives that explore the life of a drag queen beyond the arc of conquering the pain and social exclusion while making her breathe like any other being. Along with the director, the film’s screenplay is written by Raphaëlle Valbrune-Desplechin, which has an arc of metamorphosis, that of self-acceptance besides the social one – that makes it an emotional as well as a highly stimulating watch.

We meet two people deeply in love with one another who learn more about themselves because of having crossed paths. Baptiste (Pablo Pauly) and Quentin (Romain Eck) are two strangers for whom each other’s existence hardly mattered before their encounter. Their interests reveal themselves the more they get emotionally attached. And while that is how love transpires in almost every other evocative romance, this film sets apart since every bit of it is just as political as personal. While being in a heterosexual relationship with his girlfriend – Samia (Hafsia Herzi), the world of drag opens up for Baptiste on a day when he gets exposed to it. The moment he sees Cookie Kunty, her mesmerizing performance puts a spell on him, without him even realizing it. Parisian drag scene does not remain just an interest for his creative pursuit in photography. It becomes a significant decider for who he is as a person. 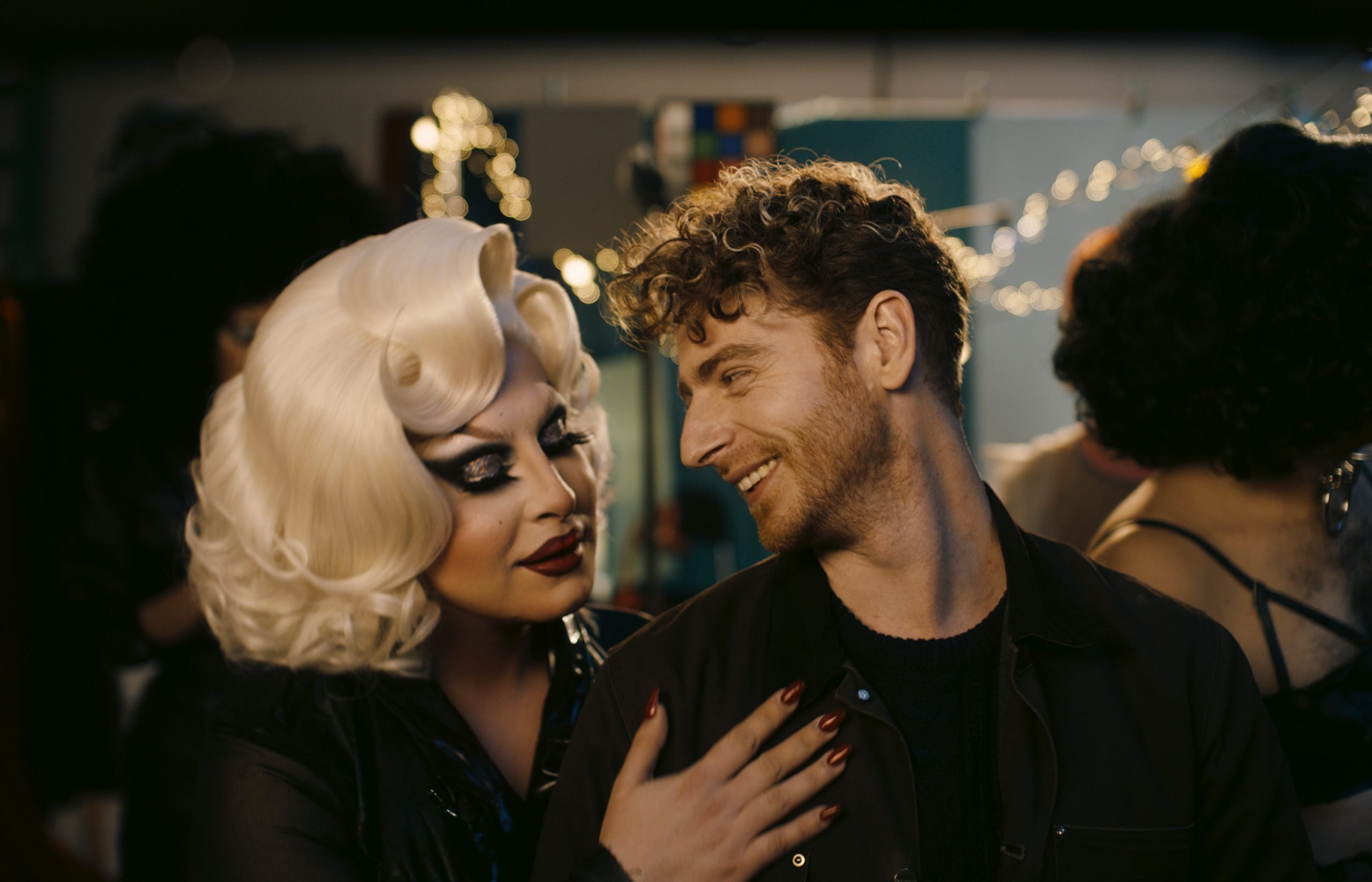 For Cookie Kunty, it becomes an act of being painfully aware of her personality – the one she exhibits in her drag persona and the one that inhabits her in the world beyond. There is no condescending comparison, but a compassionate understanding in the film that makes itself visible through their interactions. Social acceptance is something that haunts anyone from the LGBTQ+ community. An expectation of being treated with a basic level of empathy and respect seems too much to ask from the homophobic and transphobic world.

However, it’s not just the story but the handling of its sensitive subject matter that makes Three Nights a Week, a compelling experience. Along with her agony, we find mundane moments of pure joy, a sense of companionship experienced by Cookie’s character in the film, that make her depiction go beyond the cliches. We meet her as an already accomplished name in the drag scene, discovering love as a completely new experience. For Baptiste, it becomes more about rebelling from himself as he knew until then. Through his character arc, we see his understanding of attraction, love, and relationship evolve and become more mature. For Cookie, their romance is a form of a magical ride to experience love just as anyone else does – to be able to partake in a fairytale romance. For both of them, it becomes a series of firsts – be its the first bit of sexual exploration, the first bit of heartfelt relationship, and many more. Its way of showing love beyond appearances is unlike any other romance we’ve seen. And these tiny bits of realization that the film captures make it vivid and incredibly heartening.

How Vadim Alsayed and his cinematography team shoot the glittering world of drag queens is enchanting without being voyeuristic. The human element remains integral to the storytelling that finds warmth in every nook and cranny. The performances capture the essence of their lives while being grounded and nuanced. Both the leads – Pablo Pauly and Romain Eck make you fall in love with their poignant tale of love, acceptance, and everything that comes in their journey. The resonance is tenfolds solely due to their ability to find the minute details from the intricate lives of their characters.

Three Nights a Week Premiered at the 2022 Venice Film Festival

Read More: The Great Movement [2021]: ‘Venice’ Review – A character study of the ignored individuals of a city

Where to watch Three Nights a Week

Here’s Where to Watch and Stream Sterling K. Brown’s New Movie ‘Honk for Jesus. Save Your Soul.’ Online