The initial premise of director Valerie Buhagiar’s Carmen (2022), named after its lead character, is very strange and absolutely not relatable for most. The movie is about this woman (played by Natascha McElhone) who has been practicing a form of religious orthodoxy, where she had to be the caretaker of her brother who was the priest of a local church. Even though that sounds morbid, the tone of the movie is pretty upbeat and comic. In fact, it can rather be described as an uplifting, feel-good movie.

On the island of Malta, Carmen is a fifty-something woman who has spent most of her adult life honoring this tradition of taking care of her brother Francis who is the priest of the local church. Due to complete abstinence from any kind of pleasure, she seems to be completely lifeless as a human being.

The narrative is intercut with flashbacks of Carmen’s past romantic relationship.

The church asks Carmen to leave as a new priest is going to take over and his sister Rita (Michelle Farrugia) is going to take her place. Rita seems like a very moralistic woman who is looking forward to doing the sacred duty but Carmen soon finds out that she is in this relationship with this guy Tonio which is about to end because of this sudden change in Rita’s life.

Having nowhere to go, she sneaks inside the church to stay the night but while trying to leave in the morning she spots two local women and hides inside the confession channel. The woman mistakes her for the new priest and starts to confess. Carmen surprisingly comes up with intelligent solutions to help them as well.

Soon, more local people start to come and Carmen keeps helping and guiding them under the pretext of being the new priest inside the confession chamber. While the townspeople seem to really like her, Carmer also takes a liking to the profession.

She soon meets a young pawnshop owner named Paulo (Steven Love) and both of them are drawn to each other after a long time in her life, something romantic beckons.

Carmen’s bliss is short-lived as she is haunted by her past and her new colorful present life takes a hit when Rita finds out about what she is doing in the church, banishes her from there, and also informs the police. Upon visiting Paulo she finds him with another woman.

After finding out Carmen has pawned some of the church items to Paulo, Rita goes after her by herself.

A really upset Carmen meets a sleazy man Tom (Richard Culkin) who lures her onto a boat ride in order to take advantage of her in an emotionally distressed state. Seeing that there’s nowhere to go and Tom is in no mood to listen, she jumps into the water. Rita witnesses the whole thing from afar. 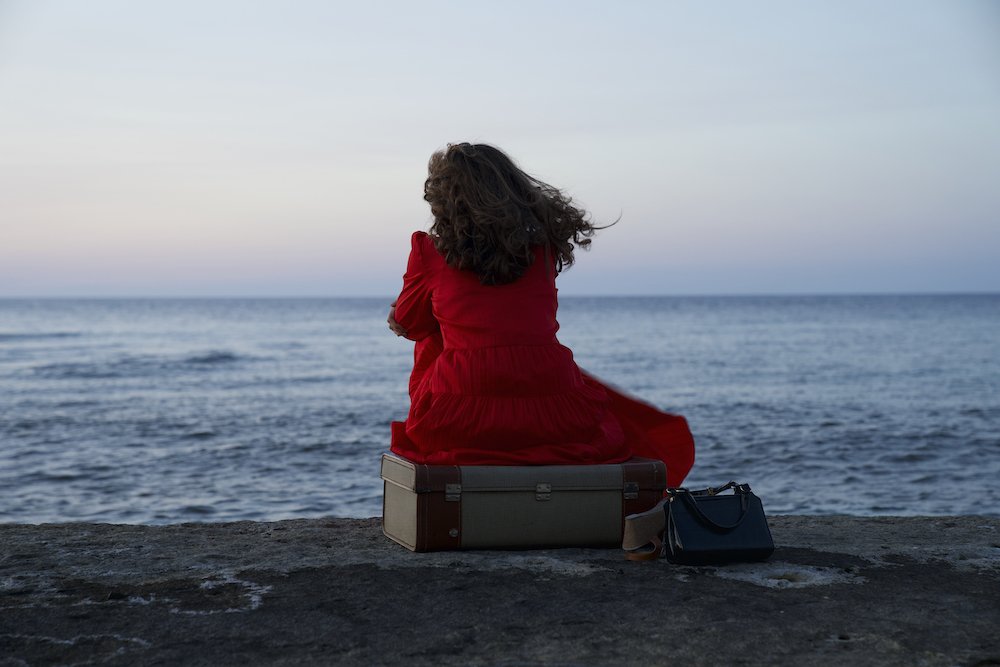 We see an underwater sequence where Carmen hallucinates about her lost love, Ahmad.

She is eventually saved by Rita. After gathering herself a little she tells Rita about her past and unfulfilled romance with Ahmad. Upon hearing that, Rita realizes that she does not want a life of abstinence and finally finds the courage to go to Tonio. The two of them leave the town together.

Carmen is instated as the new priest of the church and the townspeople seem really excited to welcome her considering she has already changed so many of their lives.

The final scene is an implication of both freedom and empowerment. The entire final act is the culmination of the coming-of-tale of Carmen. Her life has been really difficult so far and a lot of it has gone by, but there is still a lot left and the ending of the movie can be considered the beginning of her new life. A life filled with hope, liberation, and of course, pleasure.

There can be another explanation for the ending which changes the course of the whole movie in a rather sad direction.

After jumping in the water Carmen starts to hallucinate Ahmad until being saved by Rita. But it is entirely possible that she wasn’t actually saved and all the good things that happened afterward were actually imagined by her in her last moments.

Even though this is a possibility, given the fact that the movie actually makes a point to criticize illogical traditions robbing human beings of living their lives; this doesn’t really make sense. The overall feel-good vibe of it also indicates otherwise.

Valerie Buhagiar deserves a lot of appreciation for choosing a topic like this and making a coming-of-age story out of it. But having a good theme and preaching a wholesome message does not ensure a good movie.

Despite all the good intentions, the movie falters at the very basics of it. The writing is pretty sloppy and the dialogues are amateurish. The solutions are easily found and the gravity of Carmen’s hardship is not even realized, which further robs the movie of being something genuinely heartfelt and inspirational. It rather feels pretentious and gimmicky.

It is still a decent watch thanks to Natascha McElhone’s glorious performance in the lead. Even with the substandard material she had to work with, McElhone does manage to win the audience with her charming portrayal of Carmen.

Where to watch Carmen

Bandit (2022) Movie Ending, Explained - Why did Andrea pretend to not know anything?