Sagasu (Missing) -2022 Review: In director Shinzo Katayama’s follow-up to his promising debut Siblings of the Cape (2018), do not look for easy answers. While it plays out like many of those twisted genre films, the Japanese thriller begins slowly. We concentrate only on the miserable lives of a father and her daughter. They are poor and haggard. One day, when the girl’s father goes missing, the ensuing search gets her embroiled in digging deeper. There is a potent urgency that builds on slowly but persuasively in Sagaso, and even before you know it, the truth has turned into a double-edged knife. Missing is a controlled, sharply intelligent film that marks Katayama as an emerging talent to look out for.

A little background search will tell you that Shinzo Katayama also worked as an assistant director to Bong Joon-ho in his 2009 film Mother. The traces of that are evident in how Katayama is interested in the socio-economic factors surrounding a tightly knit, twisted tale. Missing begins with Kaede Harada (Aoi Itô), who is urgently summoned to help his father, Santoshi (Jirô Satô), from a food mall because he has been shoplifting. She is somewhat not surprised but amused that he had to steal for such a small amount. It suggests that Kaede knows that his father is up to no good. After her mother’s death, Kaede is the one who has stepped into her shoes. She is the one mothering her father, taking care of him and his whimsical urges. One is to actively search for the serial killer called No Name (Hiroya Shimizu), as it could win them a lot of money. Kaeda is not feeding any more of his whims. 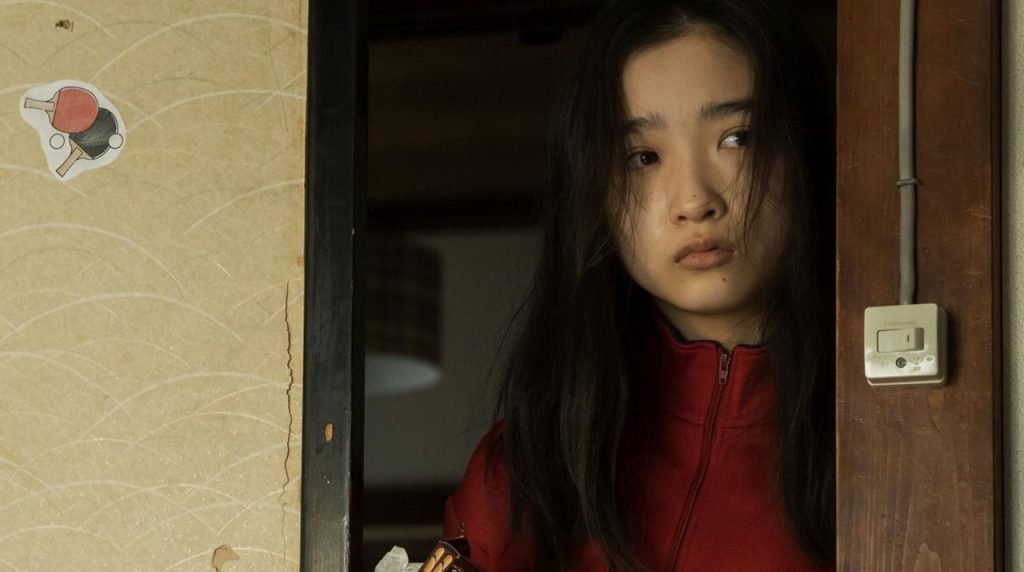 The next day her father is gone. There is no trace of him even after searching for him everywhere. Surprisingly, her search leads to a stranger in his father’s name at work. Does that mean that her father had planned his disappearance? Where is he? Soon she receives a text message on her phone saying not to be too stressed about his absence. This angers Kaede, who has been posting fliers all over the town to wake up to this news. Missing takes these questions forward confidently from here, never missing a beat. There will be more surprises for Kaeda until midway when Katayama suddenly shifts the perspective of Missing and takes us through a different character altogether.

For the sake of preserving the film from any spoilers, I am enveloping my point here. But the shifting gears don’t entirely work. It feels forced at places, towing along with a character with no moral compass. Missing also doesn’t want to lay out its cards on the table. Katayama enjoys our curiosity and manipulates it to find easy answers. Cinematographer Ikeda Naoya shoots primarily through a wide lens, and Katayama uses this trick to expertly capture a world that watches, making Kaede’s purpose so small in contrast.

The main problem is sexual fetishizing, exploring the point of view of a character that doesn’t offer any indication of conflict but makes room for more violence. Missing turns into a different creature by the time it reaches this point- beginning with a film about a young daughter’s search for her father and turning into a frenzy about a serial killer.

It all progresses towards a shockingly violent climax and immediately amalgamates to square one. It partly works, but the connection is lost when Kaeda emerges again to offer a reminder. I wish Missing showed the same amount of daring that it shows in its nonlinear storytelling and its characters. Missing works best when it follows Kaede’s character as a child who has grown up beyond her years. Itô shows great presence in revealing the childlike traces in her blinding frustration that has no place in such an aggressive economic system.

Missing (Sagasu) ends on a chilling note. Katayama is interested more in the revelations that hide behind the destruction of a character rather than in the crimes themselves. It is a twisted ride full of surprises, powered by good turns from Aoi Itô and Jirô Satô. Special mention Katayama is unafraid to take some structural deviations and experiment with the genre, which is commendable.

Christmas with You (2022) Netflix: Movie Review & Ending, Explained - Do Angelica and Miguel reunite after the gala?