Bob Clark’s A Christmas Story (1983) was one of the greatest holiday classics of all time. Set in the year 1940, the nostalgia-tinted vignettes in the life of nine-year-old Ralphie Parker (Peter Billingsley) is fun for all ages. A Christmas Story, like the other evergreen Christmas classic It’s a Wonderful Life (1946), received a muted reception during its initial release but achieved cult-classic status later in the 1990s. Bob Clark’s film was based on legendary American radio journalist and humorist Jean Shepherd’s semi-autobiographical childhood stories. Shepherd grew up in a small-town suburban Indiana during the Great Depression.

A Christmas Story is a great film because it understands childhood and human nature so well. Even if we haven’t grown up in suburban America or never celebrated Christmas, the film evokes a sweet kind of sadness in us. It’s like looking at a beautiful snow globe – only the warmth-inducing memories of childhood is trapped in the bubble while keeping the darkness at bay. Of course, memory and nostalgia are fragile things. However, A Christmas Story felt authentic because it stayed true to its characters and their circumstances. But when the film gained immense popularity, it also inadvertently became a commodity that promised cash flow in the name of sequels. 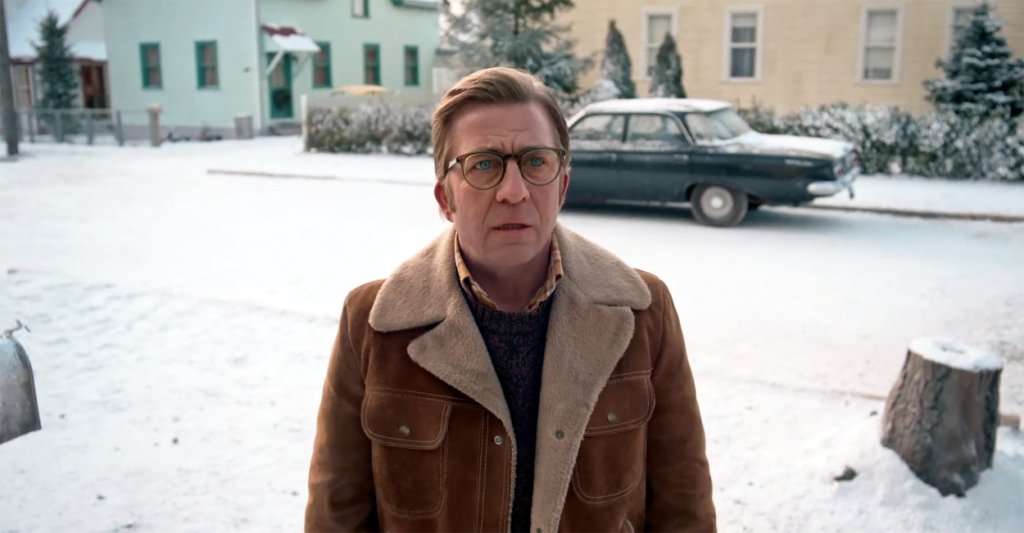 A Christmas Story Christmas looked somewhat promising because of the return of the original cast. Peter Billingsley, apart from coming up with the story idea, reprises the role of likable day-dreamer Ralphie Parker. Scott Schwartz and R.D. Robb are back as Ralphie’s childhood best buddies Flick and Schwartz. The neighborhood bully Scut Farkus is also back, and so are the trouble-making Bumpus hounds. Melinda Dillon who played Ma Parker in the original is replaced by the nuanced performer Julie Hagerty. The Parkers have an organic reason to come together in their snow-capped house at Cleveland Street. Ralphie’s Old Man has recently passed away and the Parkers are there to mourn the loss.

Ralphie, the aspiring writer wants to be a published author. He waits for publication houses’ call, wondering if that will be his greatest Christmas gift. In fact, that sounds more complicated than little Ralphie’s desire to own a Red Ryder BB gun. He struggles to pen an obituary for his Old Man. Finally, Ralphie is worried about making the holidays worthwhile for his kids, Mark (River Drosche) and Julie (Julianna Layne). Both Mrs. Parker and wife Sandy (Erinn Hayes) do their best to assuage Ralphie’s fears and tantrums.

A sequel like A Christmas Story Christmas, which features the original cast and atmosphere, naturally relies a little too heavily on elements from the original film. Chuck Palahniuk wrote, “Everything is a copy of a copy of a copy.” Writers Clay Kaytis and Nick Schenk want us to feel nostalgic about our own nostalgia of watching A Christmas Story for the first time. Therefore, what we witness is a fairly good replication. But it’s just a passable product that never understands the true depth of its predecessor. The triple dog dare between Flick and Schwartz is back. Ralphie’s kids are tormented by neighborhood bullies. We once again return to the long Santa line at the department store. The Christmas tree shopping, Ralphie’s assortment of flamboyant daydreams, the non-stop inner monologue of Ralphie – everything else is back in a heavy-handed manner.

The rose-tinted glasses of little Ralphie Parker in A Christmas Story perfectly works because we wore those same glasses as a kid. On closer inspection, we can grasp the little dysfunctionalities within the Parker family. Ma Parker could never enjoy a hot meal. Pa Parker’s uncontrollable rage over the malfunctioning furnace affects the kids, resulting in the ‘fudge’ episode and the ‘Scut Farkus Incident.’ Ralphie experiences his first taste of disillusionment as the result of a ‘crummy commercial’ and the capitalist setup of a toy store.

Obviously, the comedy and drama in A Christmas Story aren’t socially or culturally rooted. Aside from Nixon, Cool Hand Luke, and Castro references, the story doesn’t have much to say about 1970s small-town America. Ralphie’s children are played by competent child actors, but their characters lack authenticity. Even the gifts they desire and their strategy for dealing with the bullies come across as uninteresting. Grown-up Ralphie’s daydreams are more annoying than funny.  At least the filmmaker could have stayed away from blatantly trying to evoke the warm feelings of the original by incorporating a few A Christmas Story clips or lines. Some of the supposedly comedic moments don’t even make any sense, such as Mrs. Parker’s fear of Carolers or Sandy Parker’s ‘skating accident’.

A Christmas Story Christmas isn’t without its humorous flourishes or meaningful messages. But it’s scattered in a sporadic manner that we have to navigate our way through insipid moments. I enjoyed the few occasions set inside Flick’s bar as well as Scut’s cameo. Thankfully, the Parkers’ grief over the loss of a beloved family member was handled with restraint. Moreover, the obituary arc has a good heart-string-tugging moment.  Eventually, I loved watching Peter Billingsley as Ralphie who still possesses some of the sprightly charms of his younger version.

Overall, A Christmas Story Christmas (101 minutes) is a fairly entertaining and mostly forgettable sequel to the perennial holiday classic.