Set in a time when life meant little in Argentina, Rojo is a bleak tale of what it means to have the nagging presence of death over your shoulders. In exploring a bloody period in the history of Argentina, Rojo tells a deeply personal story, using the politics of that era not as an on-your-face device but a subtle, unmistakable presence that drives Claudio (Dario Grandinetti) throughout the course of the movie.

An important idea that Benjamin Naishtat seems to be exploring in Rojo is the impact a government’s ideological position has on an individual. By looking at Claudio, a harmless lawyer who finds himself in the middle of death, the film dives into how death and its myth can be normalized in the minds of people if the dominant ideology of the times put a reasonably lower prize on that death.

Similar to Rojo –  Queen of Hearts [2019] Review: A mature, detailed study of adultery

In what is the best section of the movie, Claudio indulges in a war of words with a brash, unapologetic stranger in a restaurant, making him feel worthless and disgusted about himself. It is an arrogant act of privilege that comes out of a certain sense of dehumanization of those who have not been given the education and opportunities that he got. 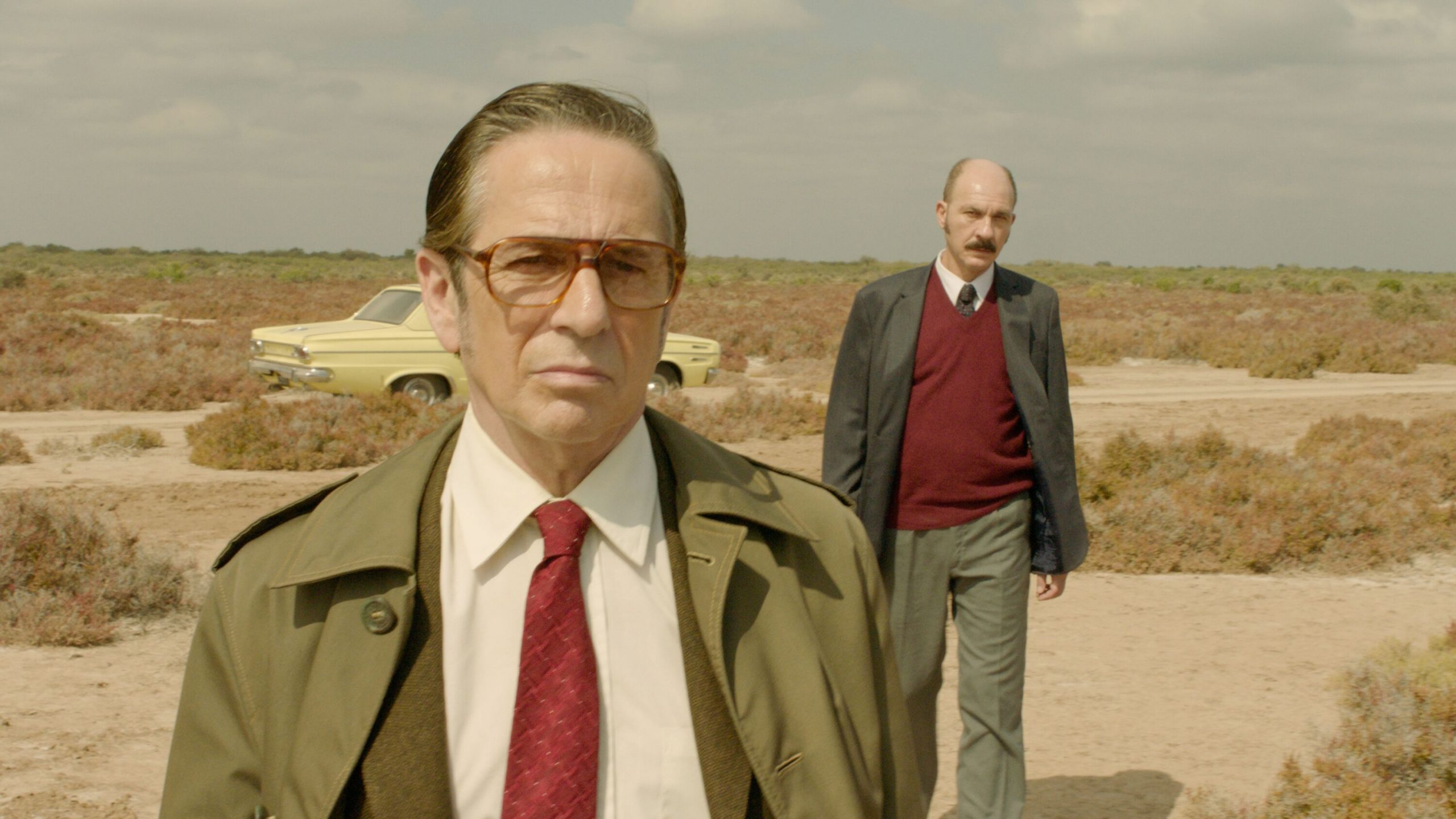 The scene further shows the stranger as a disturbed man, triggered by Claudio’s insults. He attacks Claudio and his wife (Andrea Frigerio) on their way home, unable to let go of Claudio’s sense of superiority over him. Those remarks piercing him, pushing him into a place where he is ready to redden his hands with the blood of another man. Cornered in a mental dilemma and the moral fragilities as the man pointing a gun towards Claudio, he shoots himself instead, leaving Claudio and his wife petrified.

Grandinetti plays this scene (and the rest of the film) with a straight face that refuses to show any expression whatsoever. He remains a man who is unmoved in the face of all adversities he experiences, making it impossible for the audience to ever understand him beyond a character driven by the larger ideological war that Argentina was in the middle of in the ’70s.

The body in his car is invisible, never threatened to be visible, much like how dissenters like that strangers were invisiblized by the Argentinean government in the 1970’s. Thrown in the inhabited vastness of a desert, the body continues to cast its shadow over the rest of the narrative. We follow Claudio as he finds himself in a shady house deal along with a neighbor, leading him to detective Sinclair (Alfredo Catro), who is in town to investigate the disappearance of the stranger whose final moments make for Claudio’s worst hidden secret.

A lot of Rojo works as a series of symbols that connect the film to the madness that ensued during the Dirty War. In a particularly wonderful scene, the color palette changes to red as Claudio and his family are at a beach. These few seconds, showing an eclipse, make for a deep, delicate hint at how the color of death carpeted over the very essence of Argentina in those years.

Similarly, the confrontation scene in the desert between Claudio and detective Sinclair works equally effectively as an allegorical piece as it does as a long confrontational conversation between two characters. Sinclair, a private detective, is the voice of reason in the film who stands away from what the government stood for. Claudio, on the other hand, finds himself interlocked with the burden of a death he cannot own up to. The two stand in the middle of the desert, surrounded by the irritating humming of bees, as an ideological confrontation. Sinclair, in his accurate assumption of the events leading up to the strangers’ death, triggers Claudio into a space of self-defense where the only way out for him is to shoot Sinclair.

As the voice of reason that he is, Sinclair quickly warns Claudio to be careful not to do that. It would, he says, only drown him further. He confronts Claudio, calls his tears an act, but does not report him to the man who has employed him for the case. It is a moment when the mad rage of the privileged elite against the brash dissenters turns an inward gaze to see what have they become in their pursuit of being the superior ones. Claudio is worse than what that “hippie” stranger was, and in the realization of that lies Claudio’s and Argentina’s revival. 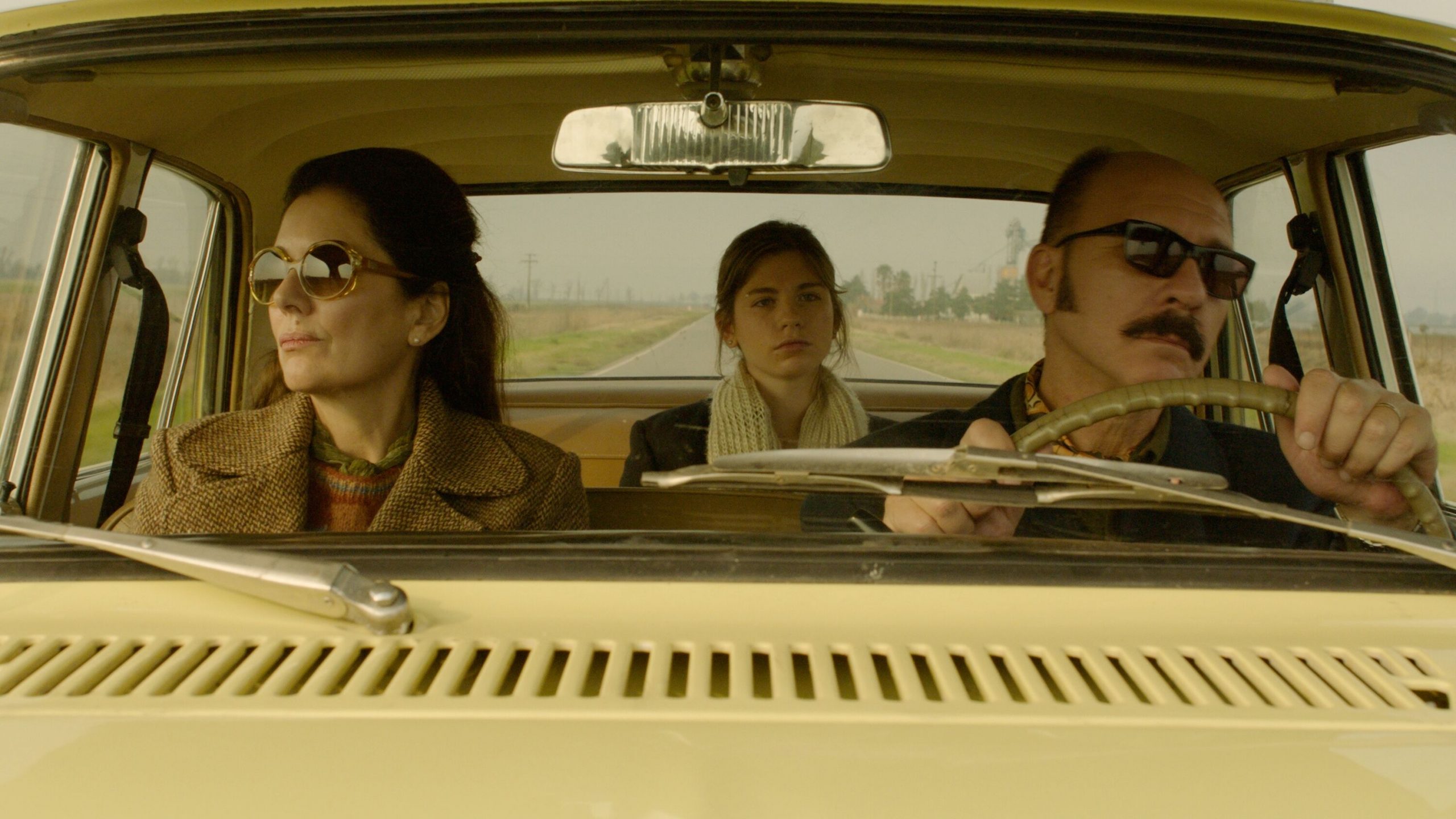 Rojo is a slow, patient watch that needs its audience to be aware of its political backdrop. It is a film that plays with metaphors to constantly challenge its viewers with their knowledge of what happened in Argentina. For those who catch its use of color, characters, and plot-points to make a larger political statement against state-organized terrorism, the film is a satisfying watch. For others, it might just seem like a film that dwindles into insignificance after a terrific twenty-minute first act.

ROJO is now available in digital formats from 1844 Entertainment.