Home»Reviews»Films This Week»Queen of Hearts (Dronningen) (2019) Review: A Mature, Detailed Study of Adultery
Films This Week/Reviews

At the heart of its narrative, Queen of Hearts (Dronningen) is the story of a woman trying to balance out her sexual passion and the sanctity of her family life. Early in the movie director May El-Toukhy introduces us to the central conflict of the movie without any drama surrounding it. It takes you in the heart of the movie without experiencing the journey that brought the couple to that point. The film quickly (and visibly unnoticeably) goes into a long flashback that eventually brings us back to the point where we meet the couple in the first scene.

Anne (Trine Dyrholm) is married to Peter (Magnus Krepper) who has two daughters, Fanny and Frida. They are a well-off Danish couple, Peter a physician and Anne a lawyer. When Peter’s son with his previous wife. Gustav (Gustav Lindh) is a teenager marred with the trauma of his parents’ separation. He appears strong from the outside, but even in his early discomfort of living around a woman he feels is responsible for his parents’ separation, there are hints of fragility that he hides behind a stoic expression.

As a lawyer dealing with victims of sexual harassment, Anne is wonderful at her work. In her domestic space, she is an able, albeit quiet presence. Her relationship with Peter is stable but also one of quiet regularity. It is the kind of relationship that often becomes an unnoticed reality in long marriages. They are happy, in love, and yet not truly together. 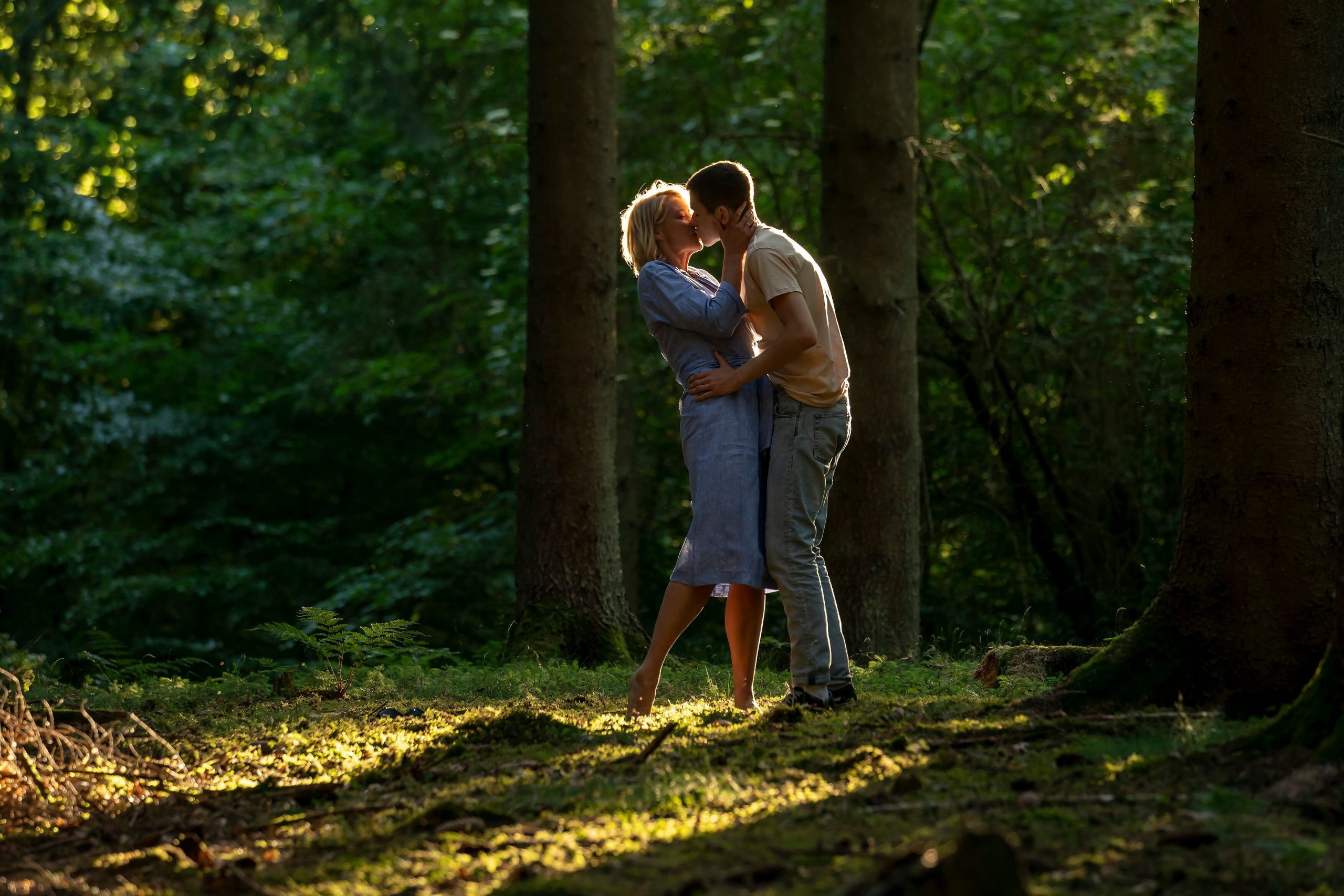 Anne, faced with this irresistible attraction towards the mysterious silence of Gustav decides to make the first move. It is a thoughtless, almost instinctive decision to kiss him in a bar that starts what quickly turns into something that threatens everything that Anne has. The threat of things falling apart is a constant, nagging presence in the narrative while their sexual closeness reaches its apex.

This growing intimacy between Anne and her stepson (that culminates in a long, detailed sex scene) is cut regularly with scenes of a client Anne is talking to, a girl who has been through a horrid experience of sexual harassment. Queen of Hearts, by doing that, constantly reminds us of the presence of consent in what Anne shares with Gustav. She never imposes herself on him. In fact, it is Gustav, in the later stages of their relationship, who tries to kiss Anne forcefully. The film makes it clear in order to then explore the morality of what they share.

It never tries to justify their actions. Anne is never given an opportunity to explain herself in the screenplay. Yet, the film also refuses to judge its characters for the choices they make. It shows them to us as they are – morally ambiguous, broken and lonely. Each character in Queen of Hearts is sad and lonely in their own caged existence. Much like the Queen in a pack of cards who is restricted around those ‘hearts’, characters here are locked behind what from afar looks like a decorated, comfortable life.

What makes Anne as a character and in turn Queen of Hearts as a movie is its ability to refrain from a moment of self-reflective apology for what transpires between Anne and Gustav. Anne’s resolution to deny the truth of her affair with Gustav presents the movie with some of its best moments. In one of the best moments of the movie, Gustav weeps for the truth from Anne, himself in a position where everything he says can easily be carpeted as an elaborate lie created to win his father from his stepmother. Anne stands in front of him in that scene as a cold, immovable wall as Gustav breaks down for the first time in the movie. It is a fantastic moment when your hate for Anne is also a silent nod of respect as she refuses to blink in her efforts to save what is left of her marriage with Peter.

Queen of Hearts is the kind of movie that does not shy away from asking tough questions without ever providing its viewers with an answer. In Anne, it has a protagonist who is tough to feel for, and yet too irresistible in her moral complexities to be left alone. Only in the last couple of minutes before the end credits roll do we see her shrieking in a washroom, bursting into a cry of anguish. And the brilliance of Queen of Hearts and Dyrholm’s performance lies in how in spite of an almost selfish obsession to look out for herself that makes you hate her, you feel her angst in those few seconds when months of silenced regret comes out of her like an uncontrollable rush that takes over her otherwise poised stand in the face of adversity. Queen of Hearts does not want you to cry for Anne. It just prevents you from judging her for her actions, and in doing that lies its mature, detailed study of adultery.