Home»Lists»10 Great Drama Movies From Around The World
Lists

Since the beginning of mankind, there had been one dispute or another. Be it politics, religion, and the many other affairs of the world at large, mankind was frequently in a state of conflict. Beneath all these differences of opinion, however, there is one phenomenon that connects all – films!

Regardless of the cultural differences, films have brought us celebrating in the same room. Audience from one nation eagerly waiting for a film of a different nation, director of one country appraising the director of another, and being a Bangladeshi film buff, I’m an admirer of Christopher Doyle’s cinematography, Ennio Morricone’s composition, and Christopher Nolan’s intricate storylines.

That said, I have a profound love for drama films. The slow-building of the plot, complex characters, and the philosophy behind them intrigues me to a great degree. On that note, I hereby present 10 great dramas from all across the globe and various time-frames. 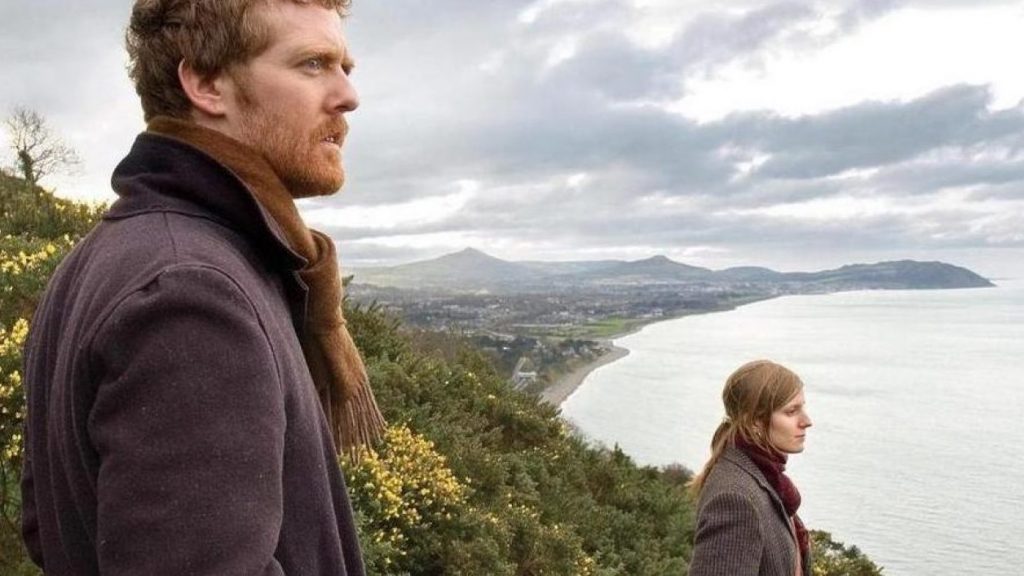 This Irish romantic musical drama is a treat to the eye. Glen Hansard and Markéta Irglová come together by their love of music. From then on, their musical journey is a mere reflection of their blooming love and their shared stories.

Double Feature Review: Once and Begin Again by John Carney

The essence of Once lies in its tenderness. Our leading characters share a bond that is both pure and harmonious. And the song “Falling Slowly”, composed by our protagonists themselves, captivates the soul. The realism of the film resonates well with the audience making it a must-watch for all film buffs. 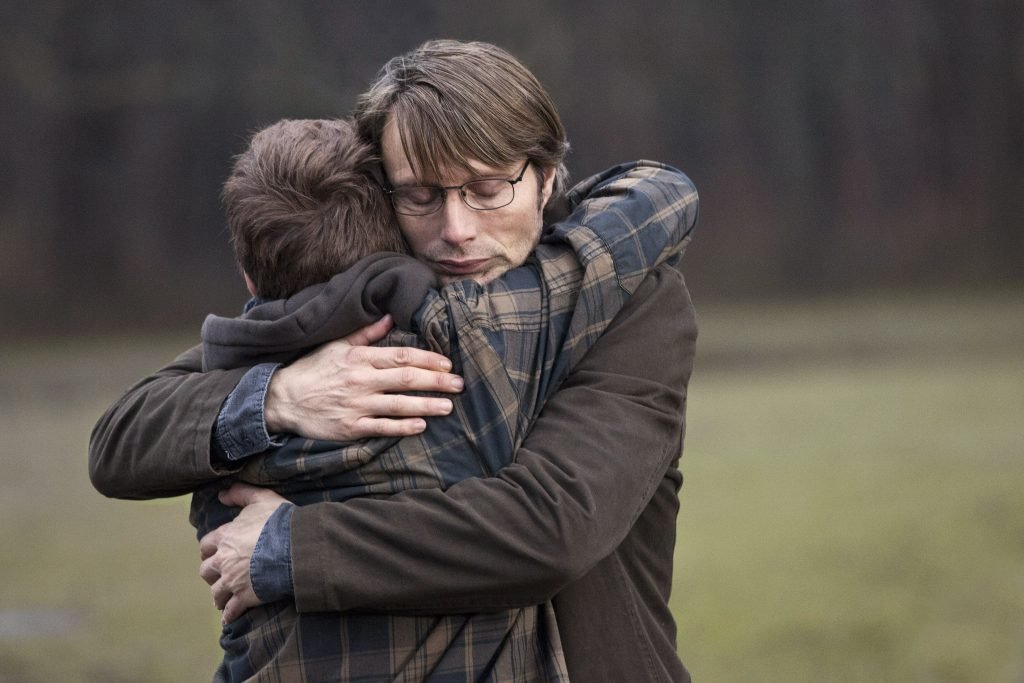 The Hunt is an innocent’s struggle against mass hysteria. Thomas Vinterberg’s spine-chilling Danish drama is about a guilt-free innocent school teacher getting wrongly accused of sexual abuse by one of his students.

The atmosphere created by Vinterberg and Mads Mikkelsen’s performance of the school teacher can put the viewers in a state of despair. Personally, The Hunt was one of the few drama films which turned over and over again in my mind in spite of my relentless efforts to not think about it. 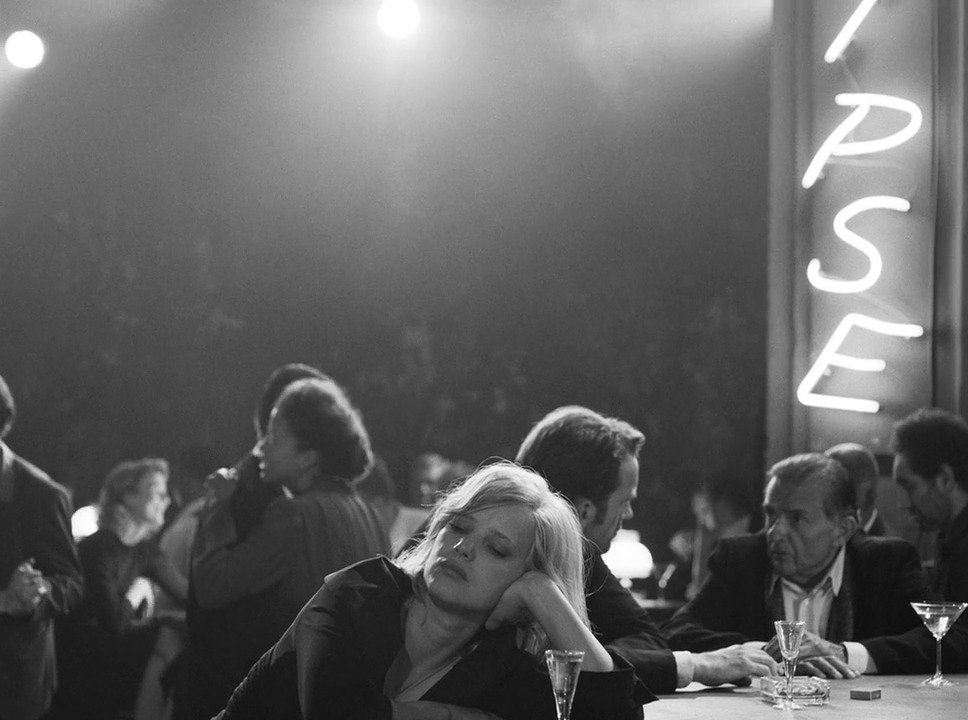 The first time I watched Cold War’s trailer, I was enthralled by the ravishing black and white shots of the film. But the entire film goes beyond the sumptuous monochromatic setting. Pawel Pawlikowski’s historical period drama film is a passionate romance of the star-crossed couple, Zula and Witkor. Their intimacy is electrifying, especially when they return to each other in spite of the many upheavals in their journey.

Our Review from MAMI 2018: Cold War: An Ode to Restless Love

The vehemence romance, political turmoil, and the jazz ambience bring a mystifying serenity to this Polish drama. The Polish director dedicated Cold War to his parents on whom the characters are based on. Pawlikowski described his parents as, “the most interesting dramatic characters I’ve ever come across … both strong, wonderful people, but as a couple a never-ending disaster”. 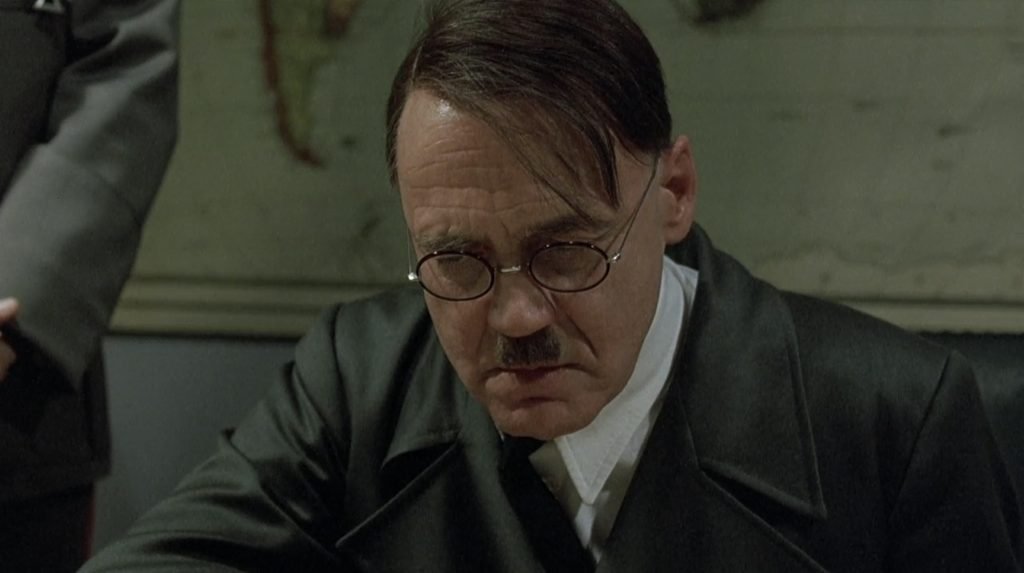 As the title suggests, Downfall depicts the last days of Adolf Hitler in Berlin bunker as Nazi Germany falls into a downward spiral. Hitler, as we very well know, is referred to as the most nefarious figure in the pages of history. It was, thus, quite peculiar to see the man in his delicate.

Here we must accredit Bruno Ganz for his spectacular performance as Adolf Hitler. The sentiments he carried throughout this historical war drama was, for lack of a better term, formidable. Downfall is highly recommended to anyone who seeks to understand how a man can be torn between malevolence, pride, and delicacy. 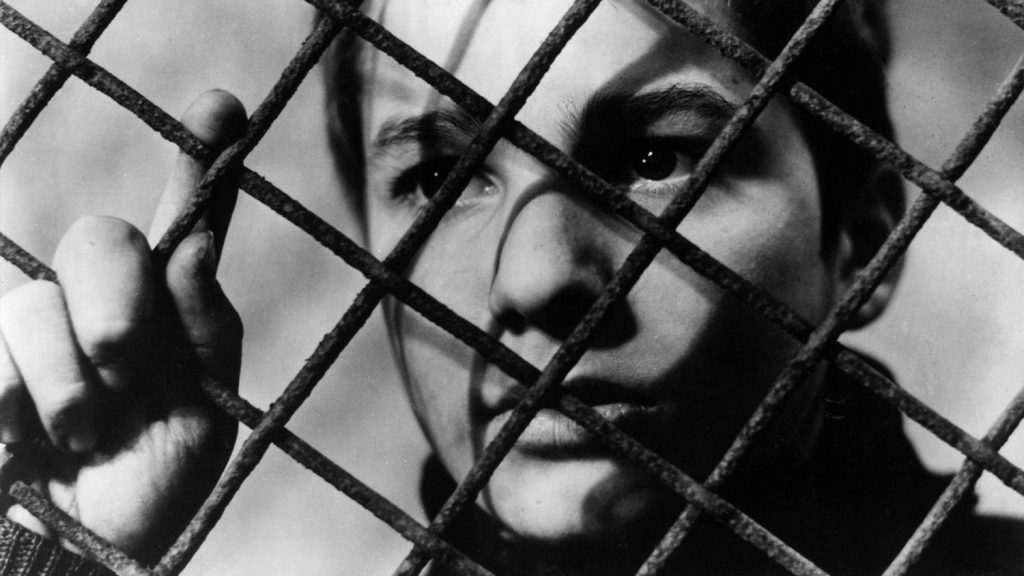 Related Read to Great Drama Movies: The 400 Blows: An Unsentimental Film About Adolescence

This drama film chiefly glances into the director’s rebellious childhood. In addition, the final shot, a freeze-frame on a lone Antoine, gets many cinephiles high on films for its ambiguity. 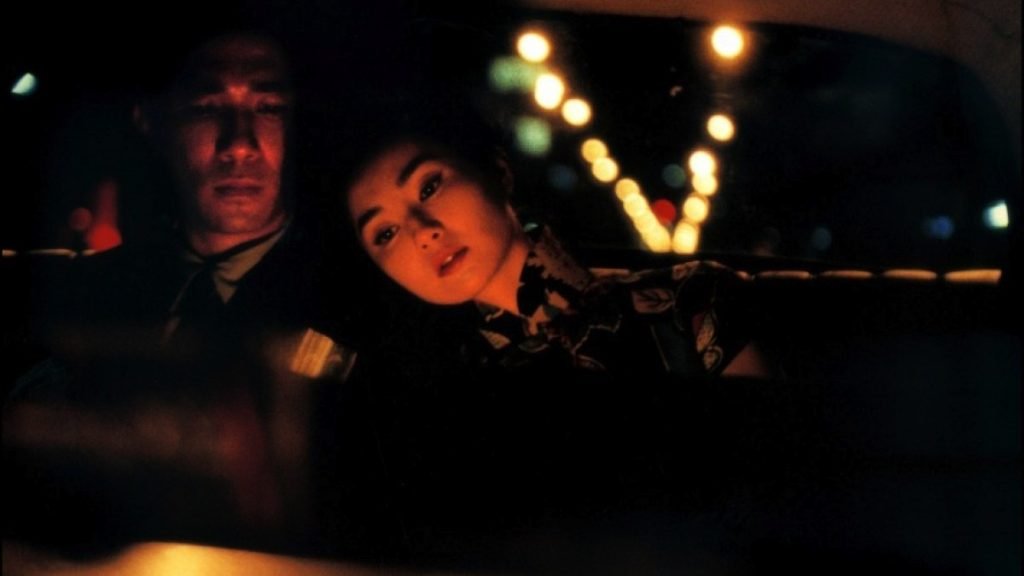 Directed by the enchanter Wong Kar-wai, In The Mood For Love is a romantic drama set against the 60s Hong Kong. It tells the story of Chow Mo-wan (Tony Leung) and Su Li-zhen (Maggie Cheung). They befriended each other when they discovered their spouses’ infidelity. In the course of time, Chow and Su develop feelings for each other but they decide upon keeping not defiling their sentiment.

In The Mood For Love also happens to be my favourite drama. Because, to me, this drama is an art, a symphony, a poem, a transcendental experience. I have even written an article on this film. After reading it, you might uncover the mystery behind the fascination I bear for this film. 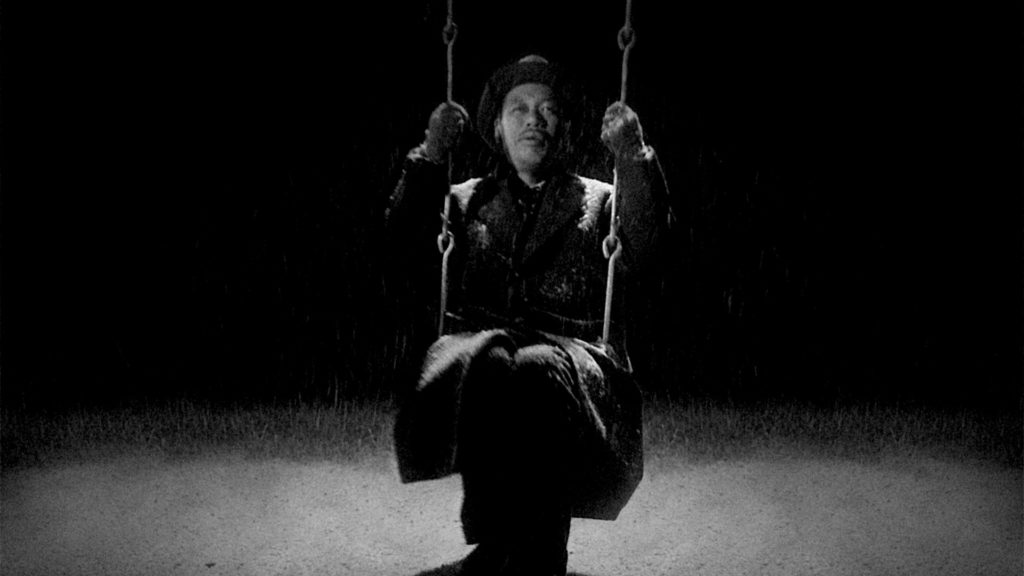 Let’s put it this way, Akira Kurosawa’s Ikiru is a mercy to the ignorants. Kanji Watanabe, portrayed by Takashi Shimura, initially gives the impression of a miserable ageing bureaucrat. But when he discovers that he has stomach cancer, Ikiru begins a quest to seek the meaning of life in his last days.

The film is widely recognized as Kurosawa’s greatest accomplishment. But most importantly, this Japanese drama film compels us, like Watanabe, to ponder upon the meaning of our lives. 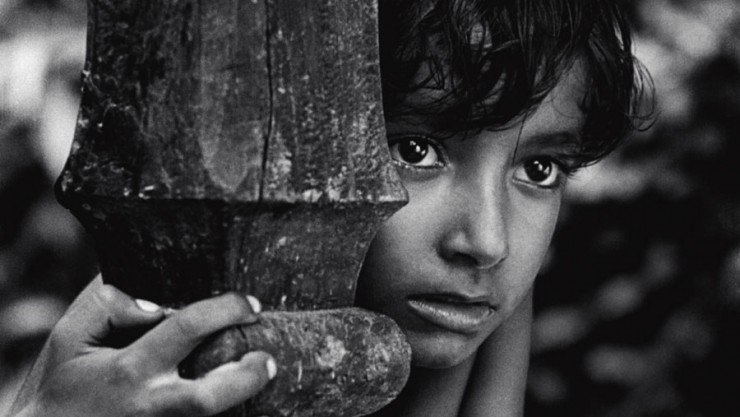 While Satyajit Ray was God’s blessing to the Bengal, The Apu Trilogy was Ray’s gift to humanity. Comprising of three films: Pather Panchali, Aparajito, and Apur Sansar, the trilogy explores the life of a young Bengali named Apu as he journeys from his childhood to maturity. Each of the instalment is heart-rending but not without a lesson to the audience.

Pather Panchali gives a peek into the harshness of poverty, Aparajito shows the uncertainty in adolescence and finally, Apur Sansar is a quest of a man aspiring to be a writer until tragedy befalls him. These are just the fundamental elements that the films emphasized on. There are many other components that cannot be stated in words. To film aficionados all across the world, The Apu Trilogy stands as a cinematic brilliance for eternity. 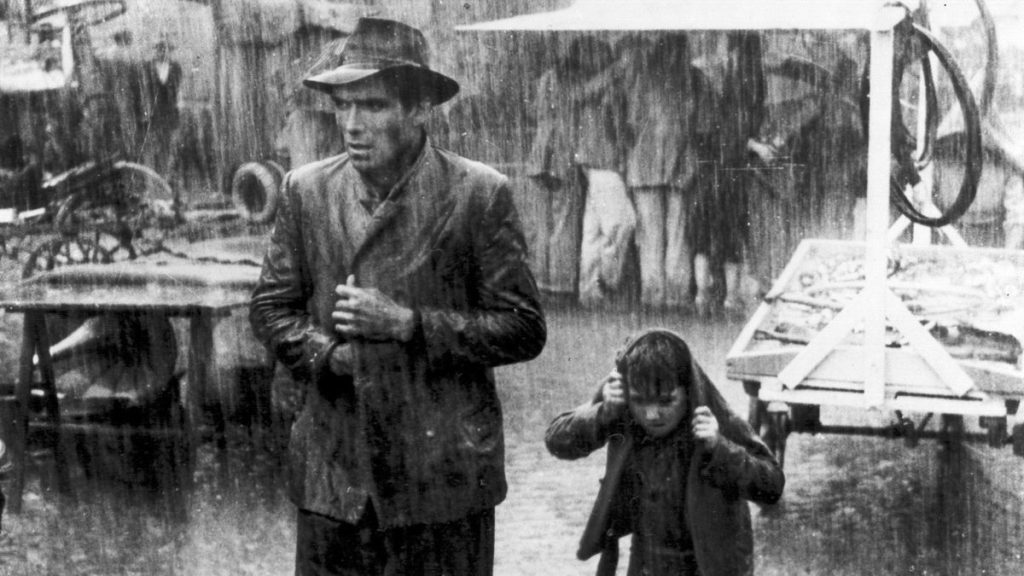 Globally recognized as the paragon of Italian neorealism, Vittorio De Sica’s Italian drama, Bicycle Thieves, shows Antonio Ricci desperately searching for a job. He’s finally offered a job as a poster-hanger but it requires Ricci to have a bicycle. To fulfil the requirement, Maria, Ricci’s wife, pawns her dowry bedsheet. However, on Ricci’s first day of work, the bicycle gets stolen.

Related Read to Great Drama Movies: Cinema and The Art of Life

From then on, the film unfolds into a father and son’s quest to find the stolen bike. In this procedure, the film deals with the complexity that lay in social rectitude. Bicycle Thieves leaves us heavy-hearted by the mere touch of realism but it also provides a pathway to understanding human insight. This film drama also happened to draw Satyajit Ray into independent film-making. 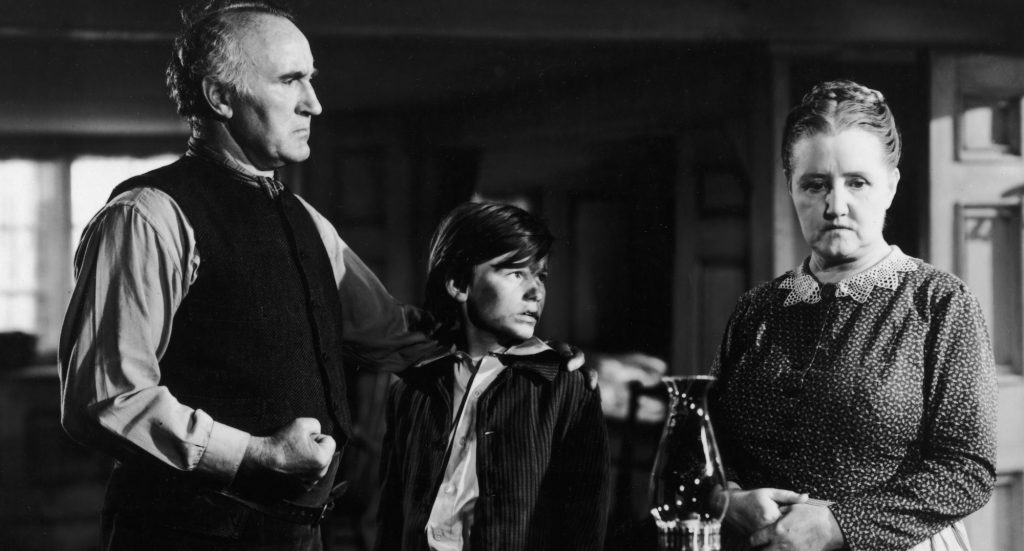 Based on Richard Llewellyn’s novel of the same name, John Ford’s How Green Was My Valley explores the life of a Welsh mining family through labour strife. The events of the film are recollections of the youngest child of the family, Huw Morgan. In his youthful days, the valleys were verdant, an older Huw reminisces. In the present day, however, the valleys are marred by the enlargement of the mine. Economic hardship is a crucial feature of the drama film. But the aspect that makes me regard it as a must-see is its reminiscent quality.

The film is set in the 19th century, where a forlorn Huw is nostalgic about childhood. We are in the 21st century now, and I’m quite sure you too are nostalgic about the days that have gone to never return. I remember spending my childhood in a red-brick building. But several years later, when I went to the neighbourhood, the building was no longer there. Even if it existed, I doubt the feeling would have remained the same. That’s the trickery of progression, I suppose. You never know what you are losing in the name of development.

Like Huw, I too have become nostalgic, I suppose. See, that’s the beauty of films. It bears this power to delve into our deepest emotions. Because they’ll either make you longing for the past or ruminative about the mystifying present.